ABSTRACT: Medicinal plants used in traditional medicine and various cultures can be valuable resources for discovering new drugs. This review was conducted to report Iranian medicinal plants effective on sexual dysfunction (sexual desire disorders, erectile dysfunction, and premature ejaculation). To conduct this systematic review, the search terms Sexual*, Aphrodisiacs, Erectile, and Libido* combined with Medicinal plants, Herb*, and Phyto* were used to retrieve relevant publications from the databases International Scientific Institute, PubMed, Scopus, and EBSCO. Tribulus terrestris, Rosa damascena, Crocus sativus L., rosmarinic acid, and crocin are a number of medicinal plants and their derivatives that have libido-boosting properties. C. sativus, Zingiber officinale, and Peganum harmala are some of the plants that exert therapeutic effects on erectile dysfunction. Boswellia serrata and Lavandula angustifolia are two plants used to treat premature ejaculation. Medicinal plants that are used to treat sexual dysfunctions in Iran can help to improve sexual desire disorders, erectile dysfunction, and premature ejaculation through certain mechanisms such as affecting the cerebral neurotransmitters and sex cells, increasing physical strength, causing hormonal changes, and affecting neurons and certain parts of the brain. They can be used to discover and produce new effective drugs for sexual dysfunction.

INTRODUCTION: Satisfying sexual experiences are addressed as an aspect of sexual health and well-being in the health care arena 1, and being satisfied with fruitful sex is considered an integral part of people's quality of life 2. Satisfying sex has positive effects on and strengthens couple's relationships and has pleasant effects on many of the aspects of marital life 3-6.

However, sexual dysfunctions remain undetected despites their high prevalence and need appropriate therapeutic strategies 12, 13. In addition to psychotherapies and pharmacotherapies, several treatments are used for sexual dysfunctions among which plant-based therapies and use of sex drive-boosting foods contribute importantly to treating these disorders 14, and have attracted people's attention due to their effective role in treating impotence 15, 16. It can be argued that the phytochemicals present in such plants can be effective in increasing sexual potency via affecting gonads, endocrine system, and the brain 17. However, the use of nature-based treatments to treat sexual dysfunctions such as hypoactive sexual desire disorder (HSDD) remains controversial 18. Besides that, certain plant-based products and foods can be effective in decreasing sexual desire and treating sexual dysfunctions yet cause certain side effects such as decline in fertility 19, 20 that should be taken into consideration in treating these disorders. Because of being lower cost and causing fewer side effects compared to chemical drugs, medicinal plants are being increasingly welcome and used to treat different diseases in Iran 21-30. Therefore, regarding the significance of this issue, the current systematic review was conducted to report Iranian medicinal plants effective on changes in libido, erectile dysfunction, and premature ejaculation.

To conduct this systematic review, the search terms Sexual, Aphrodisiacs, and Erectile combined with Medicinal plants, Herb, and Phyto were used to retrieve relevant publications from the databases International Scientific Institute, PubMed, and EBSCO. Besides that, the relevant publications indexed in Scopus were independently searched. Overall, 192 articles were retrieved of which 63 were indexed in more than one database. The abstracts of 129 articles were carefully studied by two of the researchers and only those articles that reported studies mainly investigating Iranian medicinal plants effective on sex disorders were included in this study. The full texts of eligible articles were analyzed and the data needed to conduct this study drawn from them.

Tribulus terrestris: T. terrestris is a tropical plant that occurs in some regions of Iran. A clinical trial on women with HSDD demonstrated that the use of T. terrestris extract for four weeks boosted the women's sexual desire 31.

Rosa damascene: R. damascena has many uses in Iranian traditional medicine, and its extract is widely uses in cosmetics industry. Patients with depression are likely to develop certain complications such as decreased sexual desire due to taking selective serotonin-reuptake inhibitors (SSRIs). A study investigated the effect of adjuvant R. damascena on this complication, and demonstrated that after 4-week treatment, sexual desire, orgasm, and sexual satisfaction improved in women 32.

Crocus sativus Linn.: The sexual desire-boosting effects of C. sativus have been confirmed in human and animal studies. Study of this plant's effect on fluoxetine-induced sexual impairment in depressed men demonstrated that C. sativus was significantly effective on different sexual parameters including sexual desire 33.

Rosmarinic acid: Rosmarinic acid is one of the derivatives of rosemary whose effects on the sexual behaviors of male and female diabetic rats were investigated. Rosmarinic acid, as a libido-boosting agent, was found to improve sexual desire and behavior in these animals 34.

Crocin: Farzadi et al., isolated safranal and crocin, two derivatives of C. sativus, from this plant and investigated their effects on laboratory mice's sexual behaviors. They found that safranal did not have any effects on studied sexual behavior items, but crocin boosted libido in the studied mice 35.

C. sativus: C. sativus extract effect was investigated on fluoxetine-induced sexual impairment in depressed men under treatment with fluoxetine. That study demonstrated that use of 15 mg C. sativus twice a day caused improvement of erectile dysfunction in these men 33. In patients with diabetes, the local application of C. sativus gel leads to treatment of erectile dysfunction 36. A study reported that treatment with 200 mg of C. sativus a day improved tip rigidity and tip tumescence as well as base rigidity and base tumescence in studied people 37.

Zingiber officinalis: Z. officialis is a plant that was initially imported to Iran yet has certain uses in Iranian traditional medicine and food industries. The extract of Z. officialis root can improve erectile dysfunction in studied samples through specifying human platelet cAMP and cyclic guanosine monophosphate phosphodiesterase (cGMP) inhibitory activity 38.

Implications and mechanisms: Sex disorders are inextricably intertwined with various environmental, psychological, and biological factors. Therefore, there are controversies about the use of medicinal plants and nature-based compounds to treat some types of these disorders 18. For example, sexual arousal is dependent on several factors including endocrine (androgen), genetic, neurological (such as cerebral neurotransmitters), and psychological; therefore, plants can help to improve HSDD in both men and women by affecting some of these factors 17, 32, 40. Medicinal plants with antioxidant compounds neutralize oxidants in the brain and genital tract and protect the cells of these organs against the adverse effects of the antioxidants 41, 42. As a result, with promotion of health of these organs and other cells of the body, general health is maintained and subsequently sexual health is promoted.

In addition, compounds present in medicinal plants help to treat erectile dysfunction in men via affecting nitric oxide levels and opioid system 43, 44. The axons of the parasympathetic nerves release nitric oxide in sexual arousal. This gas is released in the smooth muscle cells of corpus carvenosum, which leads ultimately to the formation of cGMP in this area. Then, cGMP causes dilation and blood flow in the penis 37, 45, 46. However, many questions about how drugs, especially herbal drugs, affect premature ejaculation remain unanswered. Meanwhile, studies indicated that the relief of mental problems and the prevention of serotonin reuptake such as the SSRIs with sedative properties can help to treat this disorder 39, 47-50. Overall, medicinal plants are effective on sexual dysfunction via several mechanisms of action (Fig. 1). 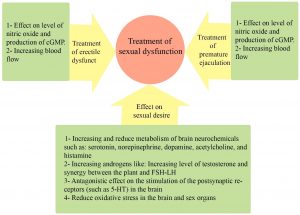 FIG. 1: THE MECHANISMS OF THE ACTIONS OF MEDICINAL PLANTS ON SEX DISORDERS

According to biochemical investigations, the active ingredients of plants and nature-based compounds can modulate the levels of androgens, gonadotropins, and prolactin to a small extent 51. Besides that, there is a common false belief that the use of most medicinal plants is useful to further boost sexual desire or treat sex disorders, and causes no side effects because such products are nature-based. Such misconceptions increase the likelihood of developing side effects and overdose due to taking certain plant-based compounds. These side effects are life-threatening in some cases and can even cause psychologically adverse effects 52. In addition to the above mentioned plants, some other plants such as Pistacia species 53 and Nigella sativa 54 are used to treat sex disorders in Iranian traditional medicine. However, C. sativus and its derivatives are attracting much attention because of their refreshing property, in addition to being useful to treat sex disorders 41, 55-58.

However, some studies have reported inconsistent findings about the effects of medicinal plants on sex disorders. For example, Safarnejad et al., reported that the use of 30 mg of C. sativus twice a day for four weeks could not improve erectile dysfunction in studied men 59. A study indicated that there was no significant difference in premature ejaculation between case group treated with a combination herbal drug vigRX and control group 60.

It can be argued that in some cases, organs' dysfunction or psychiatric disorders are the main causes of sex disorders and medicinal plants cannot treat them. In such cases, therefore, certain therapies such as surgery, chemical pharmacotherapy, and psychiatric treatments can be useful 61, 62. It is obvious that medicinal herbs and their products via antioxidant activities and anti inflammatory properties can be benefit for improvement a lot of diseases 63-75.

CONCLUSION: In Iranian traditional medicine, several medicinal plants are used to treat some sex disorders such as HSDD, erectile dysfunction, and premature ejaculation. Although information about how it is that medicinal plants do affect these disorders is inadequate and ambiguous aspects of their effects have not yet been satisfactorily investigated, the medicinal plants and their derivatives can help to improve these disorders in human through several mechanisms such as affecting the cerebral neurotransmitters and sex cells, increasing physical strength, causing hormonal changes, and affecting neurons and certain parts of the brain.

However, it should be constantly taken into account that associated and underlying factors for sex disorders play important role in developing such disorders, and therefore therapeutic strategies should incorporate physical, psychological, and social aspects.

ACKNOWLEDGMENTS: The authors would like to acknowledge Research and Technology Deputy of Shahrekord University of Medical Sciences for supporting this study.