ABSTRACT: A quantitative structure activity relationship study on series of total thirty three pthalimide analogues reported compounds was taken. Pthalimide analogues have several advantages over present ant diabetic drugs. The present drugs target insulin resistance and insulin insufficiency. So, it is believed that agents will be available alternative to other second line treatment options including sulfonylurea TZDs, DPP-4 inhibitors. Several statistical regression expressions were obtained using stepwise multiple linear regression analysis (MLR) and partial least square analysis (PLS). Pthalimide analogues activity is described by models that are built on simple 2D molecular descriptors and nevertheless are of good quality and predictive power. The results obtained after performing QSAR were; r2 = 0.8986, (MLR method) (equation-1), (equation-2) r2 = 0.6898 (PLS method) The parameters that are found to have significant correlation with hypoglycemic activity are Hosoya Index which is signifies the topological index or Z index, negatively contributing in the biological activity (~40%). The next descriptor is T_N_N_4 i.e. number of Nitrogen atoms (single double or triple bonded) separated from any other Nitrogen atom (single double or triple bonded) by 4 bonds in a molecule. is inversely proportional to the activity (~30%) which mainly indicates the relationship with reference to distance between two nitrogen atoms. The descriptor XK Average Hydrophilicity i.e. Average hydrophilic value also negatively. The r2 and r (CV) 2 values of PCR and PLS models clearly indicate the predictive ability of these models.

INTRODUCTION:A QSAR is a mathematical model or a statistical correlation that relates one or more quantitative parameters derived from chemical structure to a quantitative measure of a property or activity. QSARs are quantitative models yielding a continuous or categorical result

The term quantitative in QSAR refers to the nature of the parameter(s) used to make the prediction. The presence of a quantitative parameter enables the development of a quantitative model. Such a model can be used to predict a qualitative or quantitative endpoint. Diabetes, accounts for over 90% of the reported diabetic cases. Most of the current therapies for type 2 diabetes were developed in the absence of defined molecular targets.

α- Glucosidase inhibits the breakdown and absorption of carbohydrates (dextrins, maltose, sucrose and starch; no effect on glucose); their largest impact is on postprandial hyperglycemia and their effect on FPG levels is modest. They have been associated with a reduction in HbA1c by 0.7 to 1.0 percent and FPG levels by 35 to 40 mg per dL (1.9 to 2.2 mmol per L) 8 .

GLP-1 is secreted in response to nutrients and its levels are decreased in type 2 diabetes; it acts stimulating glucose-dependent insulin release from the pancreatic islets and this is the major advantage over sulfonylureas, as it prevents hypoglycaemia 10.

Sitagliptin, vildagliptin and saxagliptin are DPP-IV inhibitors that are approved as initial pharmacologic therapy for the treatment of type 2 diabetes; as a second agent in those who do not respond to a single agent, such as a sulfonylurea, metformin or a thiazolidinedione; and as a third agent when dual therapy with metformin and a sulfonylurea does not provide adequate glycemic control.

OBJECTIVE: The objective of this study is to develop a best suitable model with predictive power. This study helps to determine the hypoglycemic activity of a drug i.e. its biological activity and potency of drug.

The compounds in the selected series were randomly divided into two sets with 25 compounds used as a training set in developing regression models and the remaining 8 as validation set (Test set) in the prediction of biological activity.

The negative logarithm of the original biological activity data were entered into the data table and the entire ranges of molecular properties were calculated using V life sciences technology.

Selection of a series was done of biologically active analogues (training set) with their biological activity. In the table 1, different 25 derivatives with their log IC50 are given. Second step was selection of Test set. Table 2 showing the test set (derivative to be synthesized) from 26 to 33, for which the activity will be predicted. Next step was Calculation of various physicochemical parameters. Figure 1 showing the computer screen for of software for the calculation of physic chemical parameters. 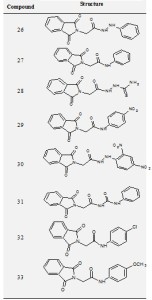 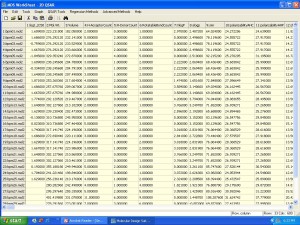 FIGURE 1: WORKSHEET OF TRAINING SET COMPOUNDS WITH THEIR BIOLOGICAL ACTIVITY 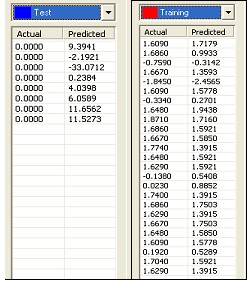 After that the QSAR equation was generated and the activities of test compounds are predicted.

This is statistically significant model because of r2 =0.85 (coefficient of determination >0.7) and q2 =0.56(cross- validation > 0.5). Figure 2 showing the contribution chart of different descriptors used in equitation (a) and table 3 showing the actual and predicted activity of 33 derivatives by using equitation (a). 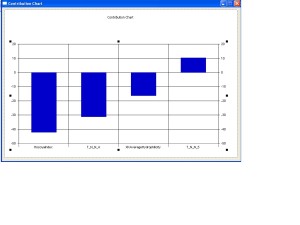 RESULT & DISCUSSION: The regression coefficient r2 for the models derived using PCR analysis & PLS analysis were compared together with their corresponding r(CV)2 value.

CONCLUSION: The regression equation generated in the present study suggests that the chosen properties are equally relevant.

In conclusion the parameters that are found to have significant correlation with hypoglycemic activity are Hosoya Index which is signifies the topological index or Z index, negatively contributing in the biological activity (~40%).

The next descriptor is T_N_N_4 i.e. number of Nitrogen atoms (single double or triple bonded) separated from any other Nitrogen atom (single double or triple bonded) by 4 bonds in a molecule. is inversely proportional to the activity (~30%) which mainly indicates the relationship with reference to distance between two nitrogen atoms. The descriptor XK Average Hydrophilicity i.e. Average hydrophilic value also negatively.