INTRODUCTION : Urinary tract infection (UTI) is common with estimated annual global incidence of atleast 250 million cases 1. About 50 - 60% of the women experience at least one UTI in their life time 2 - 3.

Levofloxacin is the second generation FQ which acts by inhibiting bacterial DNA gyrase and topoisomerase IV, thus inhibiting tertiary negative supercoiling of bacterial DNA. Adverse effects of Levofloxacin are nausea, vomiting, headache, dizziness, skin rash, QT prolongation, Photosensitivity and CNS side effects 11. At present, Levofloxacin is one of the most commonly used FQ due to increased resistance to first generation FQ 12. Balofloxacin is an orally active Fluroquinolone antibiotic which has been developed for the treatment of UTI, further more urinary excretion of Balofloxacin is 86% which is favourable for treatment in UTI 13. In vivo antibacterial activity of Balofloxacin against anaerobic bacteria and Staphylococcus aureus (S. aureus) is better than levofloxacin, ciprofloxacin and Ofloxacin 14.

Addition of a 3-methylaminopyridine at C-7 and a methoxy substituent at C-8 of the quinolone nucleus differentiates it from other Fluroquinolone compounds 15. These changes has provided benefits of high anti-anaerobic activity, non-photo toxicity, decreased CNS side effects and decreased resistance probability 16 - 18. There are in vitro and in vivo studies suggesting Balofloxacin as a potential alternative of current medical management of acute uncomplicated UTI, but very few studies have been done to compare it with Levofloxacin which is also a potential agent 19 - 20. So this study was designed to compare efficacy, safety and cost-effectiveness between these potential drugs in acute uncomplicated UTI.

MATERIALS AND METHODS: The study was approved by Institutional Ethics Committee (H), C. U. Shah Medical College and Hospital (CUSMC and H), Surendranagar. The study was prospective, open label, randomised and comparative in nature. Total 130 patients were enrolled for the study from that 11 patients lost the follow up, so finally 119 completed the whole study. Newly diagnosed adult patients of acute uncomplicated UTI of either gender at Medicine, Surgery or Gynaecology department of CUSMC and H, Surendranagar were included in the study. Informed consent was taken from the each patient before participation in the study. Clinical diagnosis was done by clinicians of respective department on the basis of history and clinical features suggestive of acute uncomplicated UTI, which are dysuria, increased urinary frequency, supra-pubic pain and urgency with onset of not more than 10 days before enrolment. Presences of ≥ 2 clinical features were considered as significant. Patients with following criteria were excluded from the study:

After clinical diagnosis was made, urine of patient was collected for bacteriological diagnosis and sent to the Microbiology department of the CUSMC and H. Culture indicating ≥ 10000 colony forming units (CFU)/ml alone or ≥ 1000 CFU/ml + Pyuria> 10 pus cells/HPF was stated as positive urine culture 21 and organism was isolated. Patients who had shown no isolation on culture, but had significant clinical features were included in the study. QT interval of each patient was noted by using digital ECG (Electrocardiogram) machine.

Patients were randomly divided into two treatment groups. Group 1 received oral Balofloxacin 100 mg twice in a day and Group 2 received oral Levofloxacin 500 mg once in a day for 5 days. Patients were advised to come for follow up at the end of therapy after an interval of 5 days. After completion of therapy above parameters of clinical features, urine culture and QT interval were repeated.

Outcome was Measured by two Parameters:

Patients were asked for any adverse effect during the course of treatment. Corrected QT interval of > 0.45 seconds on follow up was stated as prolongation of QT interval. CDSCO (Central drug standard control organization) ADR (Adverse Drug Reaction) reporting form was filled up for patient with any adverse effect. Analysis of reported ADR was done by WHO causality assessment scale in to following categories: Certain, Probable, Possible, Unlikely, Unclassified and Unassessible 22. 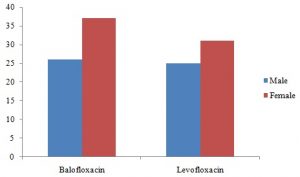 TABLE 4: SUMMARY OF CLINICAL CURE AND BACTERIOLOGICAL CURE IN BOTH GROUPS

TABLE 5: COMPARISON OF CLINICAL CURE BETWEEN TWO DRUGS ACCORDING TO INFECTIVE MICRO-ORGANISMS

Table 5 displays organism wise clinical effect in both groups. It reflects that from the patients infected with various Microorganisms, majority of them (59/63 in Balofloxacin group and 55/56 in Levofloxacin group) were in either “Recovered” or “Having an effect” categories, which were the criteria for evaluating clinical cure. In “Progress” category of Balofloxacin treated patients, 1 was infected with E. coli, 1 with S. aureus and 2 were without any growth of Microorganism, while only 1 patient infected with MRSA was in “Progress” from Levofloxacin treated patients. None of the patient from either group falls under “Failure” category.

TABLE 6: TOTAL AND PER PATIENT COST OF THERAPY 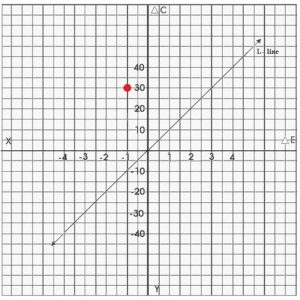 TABLE 7: ADRs REPORTED DURING TREATMENT WITH WHO CAUSALITY ASSESSMENT

DISCUSSION: This study showed that Balofloxacin and Levofloxacin produced significant effect in treatment of acute uncomplicated UTI. Most of the studies of UTI focus on bacteriological cure only, but present study also highlights symptoms and clinical outcome. E. coli is the most common micro-organism causing acute uncomplicated UTI followed by S. saphrophyticus, Klebsiella, Proteus and group b streptococci 5 - 7. In our study E. coli was the leading causative agent followed by S. aureus, Klebsiella, Pseudomonas and MRSA. This difference might be due to geographical variation of micro-organisms.

The results of the study reflect that clinical cure rate for Balofloxacin and Levofloxacin was 82.54% and 85.71% respectively, while Effective rate was 96.83% and 98.21% respectively, which showed no significant difference (p > 0.05) between both the drugs in the clinical effect. Yao G et al., 24 showed clinical cure rate of 77.1% and 81.8%, while effective rate of 96.2% and 97.3% for Balofloxacin and Levofloxacin respectively with no significant difference. This supports results of this study.

Main adverse reactions were leukopenia, GIT disturbances, elevated conjugated bilirubin and abnormal urine; there was no significant difference between two groups 25. The incidence of adverse reaction was 8.2% vs. 8.9% (p > 0.05) for both groups including nausea, vomiting, diarrhoea and elevated transaminase 24. Incidence rate of ADRs was 4.8% and 0.9% for Balofloxacin and Levofloxacin treated patient respectively with no significant difference 14.

In present study in Balofloxacin treated group, 1 patient reported nausea, vomiting and 1 complained of abdominal distension indicating incidence rate of 3.17%, while in Levofloxacin treated patients, 2 patients reported with nausea and vomiting, 2 complained of diarrhoea, 2 developed QT prolongation and 3 came with skin rashes and reported incidence rate was 16.07%. In contrast to above 3 studies, present study showed statistically significant difference (p < 0.05), which indicates that Balofloxacin is significantly safer as compared to Levofloxacin. In this study, WHO causality assessment of reported ADRs was also carried out, which revealed that out of 11 ADRs, 7 were certain, 3 were probable while 1 was possible. Comparatively smaller sample size was the limitation of this study. Further studies are warranted to compare efficacy and safety between Levofloxacin and Balofloxacin in acute uncomplicated urinary tract infections.

CONCLUSION: From the results and discussion we conclude that Balofloxacin is as efficacious as and safer than Levofloxacin, while Levofloxacin is more cost effective for the treatment of acute uncomplicated urinary tract infections.