ABSTRACT: HPTLC is a simple, rapid, precise and accurate method with densitometric detection for the determination of beta-sitosterol in a Pergularia daemia Forsk. Petroleum ether and methanol extract of the leaf and stem were powder and used for the experimental work. The separation was performed on silica gel 60 F254 HPTLC plates with Toluene: Ethyl acetate (80:20 v/v), as the mobile phase. The determination was carried out using the densitometric absorbance mode at 690 nm. β-sitosterol response was linear over the range of 100-1000µg/ml, with a correlation coefficient is 0.999. Intraday and interday precision studies showed the relative SD was 0.027. The accuracy of the method was determined, and the average recovery was 99.92%.The limit of quantitation and limit of detection were 8 and 4 mg/ml, respectively. The percentage of beta-sitosterol was found to be 22.16% w/w in unsaponifiable matter of leaf, 33.05% unsaponifiable matter of stem w/w 2.49% w/w petroleum ether extract of leaf 3.28% w/w petroleum ether extract of stem. The method was evaluated for sensitivity, accuracy, precision, and reproducibility. Each analysis by HPTLC is less expensive than current methods. This method is suitable for routine quality control of raw material of the leaves and stem of Pergularia daemia extract and its products.

INTRODUCTION: Pergularia daemia a foetid - smelling laticiferous twinner found in the hotter parts of India, at an altitude of 1,000 meters in the Himalayas 1. Pergularia daemia is used as anthelmintic, laxative, antipyretic and expectorant, also used to treat infertile diarrhea and malarial intermittent fevers. Latex of this plant used for toothache. Stem bark remedy for cold and fever.

Aerial parts of this plant the various pharmacological activities like hepatoprotective 8 antifertility anti-diabetic, analgesic, antipyretic and anti-inflammatory 2. The roots are used as antioxidant due to poly-phenol 3. The plant is used in “kapha”, asthma, “tridosha”, it cures ulcers, useful in eye troubles, also used as expectorant and emetics 4, plant extract given for uterine and menstrual troubles 5, emmenagogue, metropathy, vitiated condition of vata, amenorrhea, dysmenorrheal 6, 7. Aerial part used as hepatoprotective, anti-fertility, anti-diabetic, analgesic, stem part is used as remedy for cold and fever 8, 9 P. daemia have several active constituents like alkaloid, glycosides, flavonoids, steroids, and tannins 10.

β-sitosterol, lupeol has been reported to have antioxidant, anti-inflammatory 11, Levels of β-sitosterol in different plant extracts have been determined by numerous techniques, including spectroscopic and chromatographic methods. High-performance thin-layer chromatography (HPTLC), coupled with densitometric detection, is among the various methods reported for determination of β-sitosterol 12. HPTLC is simple, precise method, required short analysis time and use of a small quantity of mobile phase, unlike high-performance liquid chromatography. It has low operating costs, easy sample preparation. The major advantage of an HPTLC in estimation β-sitosterol is that it has both a qualitative and a quantitative analysis 3-20. The main objective of this work was to develop a quick, economical HPTLC method for determination β-sitosterol in the petroleum extract of leaves and stem of P. daemia. The proposed method was validated in compliance with International Conference on Harmonization guidelines 21.

Reagents and Materials: The plant Pergularia daemia was collected from the surrounding area of Kopargaon, Ahmednagar, and herbarium of plant sample was prepared and authenticated by Dr. Priyanka Ingale, Botanical Survey of India, Pune, where a sample specimen (voucher number NGS-1) has been deposited (Letter no- BSI/WRC/ IDE/NCER/2016/648A, Dated- 22/01/2016). Leaf and stem were shade dried and powdered to coarse particle size. The materials were extracted by using petroleum ether in separate batches with the help of Soxhlet apparatus. The extract was concentrated by vacuum drying.

Separation of Unsaponifiable Matter: Unsaponifiable matter was separated from leaves and stem by a chemical process that shows presence of triterpenes and sterols 22. Standard beta-sitosterol and precoated silica gel 60 F254 HPTLC plates were obtained from THS Lab. (Mumbai).

Standard Solution: 1mg/ml, i.e. 1000 μg/1000μl i.e. 1μg/μl was prepared in methanol. The different volumes of stock solution, i.e. 4, 8, and 12 ml were taken and their volumes were each made up to 10 ml by methanol and diluted so as to have concentration 40, 80 and 120 μg/ml solutions. The above solution 10μl each was then spotted in triplicate on TLC plate so as to obtained concentration of 400, 800 and 1200 ng per spot of β-sitosterol, respectively. The data of peak area versus drug concentration were plotted to get linear least square regression.

Method Validation: The analytical method was validated for linearity, precision, accuracy, the limit of detection (LOD) and limit of quantitation (LOQ) according to the International Conference on Harmonization Guidelines.

Linearity: A Standard solution of beta-sitosterol from above were used for the determination of β-sitosterol in the samples, experiment using silica gel 60F254 HPTLC plates with a mobile phase of toluene: ethyl acetate (80:20 v/v). A total of 10 µL of each standard solution was applied in triplicate to the plate as per the method of Kumar et al. 23

A wavelength of 690 nm (λmax) was used for quantification. This was repeated in triplicate and the mean was used for calculation.

Precision: The precision of the method was studied by analyzing standard solutions of β-sitosterol (5mg/ml and 10mg/ml) after application on the TLC plate (n = 6) on the same day for intraday precision and on 3 different days for interday precision by proposed method. The results were expressed as percentage of relative SD (% RSD).

LOD and LOQ: Experimental concentration (µg/ml) was plotted against SD and was performed to reflect a linear correlation, and the value of the SD on the y-axis intercept was obtained. This intercept value was then multiplied by a factor of 3 to give the LOD or by 10 to give the LOQ.

Quantification of Β Sitosterol Content in the Leaves and Stem Extracts of P. daemia:  10µl of the plant leaf, stem extract and their unsaponifiable matter of extract were applied to the HPTLC plate in triplicate and run as per the above determination. The amount of β-sitosterol in the samples was then determined by using the linearity equation.

Quantification of Β Sitosterol Content in the Leaves and Stem of P. daemia Extract: Ten microliters of the plant leaf extract was applied to the HPTLC plate in triplicate and run as per the determination experiment above. The amount of β-sitosterol in the extracted sample was then determined using linearity equation.

RESULTS: The method developed was a normal phase HPTLC method adapted from Kumar using silica gel 60 F254 stationary phases precoated on aluminum sheet for the analysis 24. The mobile phase used was Toluene: ethyl acetate in the proportion of 80:20 (v/v), which gave good separation of β-sitosterol (Rf=0.70) from the other phytochemicals of P. daemia. Concentrations of β-sitosterol in extracts of leaf, stem, unsaponifiable matter of leaf, and unsaponifiable matter of stem were in the range of 2.49%–33.5% Table 1. The identity of β-sitosterol was confirmed by overlay of spectrum chromatograms obtained with the Camag TLC scanner.

The β-sitosterol from the plant extracts and their unsaponifiable matter was compared with the β- sitosterol standard. The detector response of β- sitosterol showed linearity over Table 1.

β -sitosterol contents were presented as w/w of the dried Pergularia daemia leaf, as obtained from 3 determinations. All values were expressed as mean ± SD. The range of β-sitosterol is 4-14 µg/ml with a correlation coefficient of 0.999. 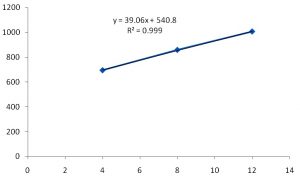 Instrument precision and interday and intraday precision were measured to determine the overall precision of the method. The percentage of RSD was found to be < 3% Table 2. 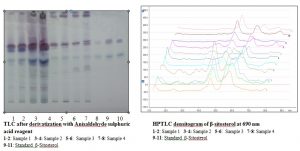 FIG. 2: TLC AND HPTLC CHROMATOGRAM OF PURE β-SITOSTEROL AND IN EXTRACTS AND UNSAPONIFIABLE MATTER 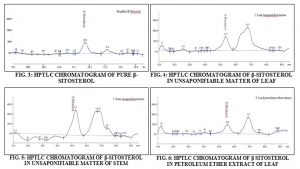 TABLE 5: ACCURACY DETERMINED FOR THE TLC-DENSITOMETRIC METHOD OF LEAF

DISCUSSION: β-sitosterol quantitatively determined from leaf and stem of P. daemia by using HPTLC with densitometry detection. This includes sample application, densitometer and chromatogram evaluation with the electronic image; thus, HPTLC is an important analytical technique. In HPTLC most of the work is done by automated machines, but primary knowledge of development TLC is essential. Generally in HPTLC technique, there are two methods, contact application, and spray-on technique. In contact application, there is irregular distribution of the sample and in spots may be broad and asymmetric after development 25. The spray-on technique (automatic TLC sampler 4) produced narrow bands to ensure the best resolution of the samples.

The mobile phase was Toluene: Ethyl acetate in the proportion of (80:20 v/v) for separation of β-sitosterol having Rf value 0.70. In this method the linearity and sensitivity shown were superior to that of reverse-phase high-performance liquid chromatography with detection limits, an order of magnitude lower using HPTLC. The linearity for β-sitosterol in this study was shown to be 0.999. The percentage of RSD of interday and intraday precision for quantification of β-sitosterol determination by TLC-densitometric method in this study was found to be < 3%. Hence, the proposed method is likely to be highly precise and reproducible for β-sitosterol 26. The present method provides a lower LOD than current methods. In practical, this is routine analysis and could be used for pharmaceutical quality control of herbal raw materials for regulatory purposes. The percent recovery for this proposed method is comparable with previous methods 9.

The percentage of RSD and correlation coefficient values indicate a high reproducibility of the method and the proposed method is specific for the determination of β-sitosterol from a single plant species. The pattern produced is characteristic of P. daemia and can be readily profiled. A TLC densitometric method was validated in terms of linearity, accuracy, precision, LOD, and LOQ. This method offers high degree of sensitivity, economical and rapid analysis combined with single-step sample preparation.

Simultaneously, a large number of samples along with the standard can be analyzed in one TLC plate, and the solvent requirement is negligible, thus making it far less expensive when compared to high-performance liquid chromatography. In addition, it requires very small amount of sample and can detect active principle concentration at the nanogram level. The proposed method is simple, precise, accurate and sensitive and can be used for routine quality control of P. foetida and standardizing the β-sitosterol. For the determination of beta-sitosterol, densitometric method is a simple and fast method. In this research isocratic procedure was developed for the determination of beta-sitosterol. The separation of components from extract and unsaponifiable matter are shown in Fig. 1, 2, 3, 4, 5 and 6. The calibration curve of β-sitosterol was found to linear in the range of 100-1000 µg/ml. (y = 39.06x+540.8; correlation coefficient 0.999). The method was found to comply with ICH guidelines, and the validation parameter is shown in Table 3. The percentage of beta-sitosterol was found to be 22.16% w/w in unsaponifiable matter of leaf, 33.05% w/w unsaponifiable matter of stem, 2.49% w/w petroleum ether extract of leaf 3.28% w/w petroleum ether extract of stem.

CONCLUSION: The informative data and HPTLC fingerprint profile of β-sitosterol could be used as a valuable analytical important tool in routine standardization of leaf and stem extracts and unsaponifiable matter made from them.

Ethical Approval: This article does not contain any studies with human participants or animals performed by any of the authors.