ABSTRACT: In this study, a new simple, rapid and accurate, sensitive isocratic method was developed for the simultaneous determination of the Anti-retroviral drugs in pharmaceutical dosage forms. The chromatography was run through Denali C18 column (150 x 4.6 mm and 5 µm particle size). Mobile phase containing mixer of buffer 0.1% OPA (PH.4.6) acetonitrile is taken in the ratio 40:60 was pumped through column at a flow rate of 0.8ml/min and isocratic elution with a total runtime of 7 minutes. The mixer of the buffer used in this method was 0.1% OPA. The temperature was maintained at 20 °C to 30 °C, optimised wavelength selected was 258 nm. The retention time of the lamivudine and Efavirenz were found to be 2.131 min and 3.058 min as respectively. The drug was stressed under alkaline (acid, base); oxidative, thermal, photolytic degradation was analysed. The validated method was developed as per ICH Guidelines. The accuracy, linearity, precision, robustness, LOD and LOQ was within the acceptable limits. Hence, this RP-HPLC method was stability-indicating can be used for routine stability analysis of the Lamivudine and Efavirenz in pharmaceutical dosage forms.

INTRODUCTION: Lamivudineis polymerase is an inhibitor and zalcitabine analogue during which a sulphur atom replaces the three-carbon of the pentose ring. It can be usedto treat Human Immunodeficiency Virus Type 1 (HIV-1) and hepatitis B (HBV), chemically, Lamivudine is -4-amino - 1 - [(2R, 5S) - 2 - (hydroxymethyl) - 1, 3-oxathiolan – 5 - yl] - 1, 2 - dihydropyrimidin-2-one, with Chemical formula is C8H11N3O3S and its Appearance of A white or almost white powder.

But Solubility, Soluble in water sparingly soluble in methanol, practically insoluble in acetone, the Category is Antiretroviral (Nucleoside polymerase Inhibitor). It Use of This drug is employed with other HIV medications to assist to regulate HIV infection.

It helps to reduce the amount of HIV in your body so far and its system can be work better. And Efavirenz is an HIV-1 specific, non-nucleoside, polymerase inhibitor (NNRTI). chemical Name is (4S) - 6 – chloro - 4 - (2 – cyclo -propylethynyl) - 4 - (trifluoromethyl) - 2, 4-dihydro - 1benzoxazine – 2 - one, with formula, C14H9ClF3NO2, the Category is Anti-HIV Agents, Reverse Transcriptase Inhibitors, its Solubility, insoluble in water (< 10 micrograms/mL), Soluble in Methanol And acetonitrile, P ka: 12.52 and efavirenz inhibits the activity of viral RNA-directed DNA polymerase (i.e., reverse transcriptase). Antiviral activity of efavirenz is depended on intracellular conversion to the active triphosphorylated form 1, 2, 3, 4, 5, 6, 7. A literature survey study reveals that analytical methods supported UV 8, 9. Spectrometer and HPLC 10, 11, 12, 13, 14, 15, 16, 17, 18, 19, 20, 21. Are available for the estimation of those drugs individually and in combined with other drugs in various pharma-ceutical dosage forms, there's one analytical method reported with a methanol: Acetonitrile and ammonium acetate, in the ratio of 20: 30: 50 and Mixer of buffer and acetonitrile (40:60v/v) pH 4.6 for the simultaneous determination of Lami-vudine and Efavirenz during a Combined Pharma-ceutical dosage form. The Aim of the present work is developing a replacement simple, precise, accurate and rapid method with less run time for the estimation of Lamivudine and Efavirenz during a combined pharmaceutical Dosage Form without lack of interference. And only few and RP-HPLC Methods were reported for the estimation of lamivudine and efavirenz. Till date one method was not reported with an honest sensitivity, economical and stability indicating RP-HPLC Method in literature for the estimation of lamivudine and efavirenz simultaneously in bulk and tablet dosage form. Hence, we've undertaken current research work to develop an efficient, sensitive, economical and stability indicating RP-HPLC Method for analysis of lamivudine and efavirenz within the drug substance and tablet dosage form. The developed method was validated as per the Q2 specification of ICH guidelines and made degradation conditions in stability-indicating studies were maintained as per the Q1A specifi-cation of ICH recommendation.

Diluent of Solvents: The Mobile phase is used as a diluent, mix a mixture of buffer solution 400 ml (40%) and 600 ml of Acetonitrile HPLC (60%) and degassing in ultrasonicate water bath for ten minutes. Filter through 0.45 µ filter paper under vacuum filtration.

Standard Stock Solutions Preparation: Weigh accurately about the substance and transfer 10.0 mg of Lamivudine and 10.0 mg of Efavirenz is a working standard solution into a 10ml clean dry volumetric flask and add about the 7.0ml of Diluent solution and sonicate to dissolve it completely and make the volume up to the mark with an equivalent solvent. (Stock solution) and Further pipette out the 0.4ml of Lamivudine & Efavirenz and the above stock solution into a 10.0ml volumetric flask and dilute up to the mark with diluent solution.

Preparation of Sample stock Solution: Accu-rately weigh about and transfer like 10 mg of Lamivudine and Efavirenz sample into a. 10ml of clean dry volumetric flask add about 7.0ml of Diluent solution and sonicate it to dissolve it completely and make volume up to the mark with an equivalent solvent. Stock solution) and Further pipette out the 0.4ml of Lamivudine & Efavirenz of the above stock sample solution into a 10.0ml of volumetric flask and dilute up to the mark with diluent.

Preparation of Phosphate Buffer 0.1%: Weigh accurately about 7.0 grams of KH2PO4 into a 1000ml beaker and dissolved in a diluted to 1000ml with HPLC water. Adjusted theup to pH to 2.6 with Orthophosphoric acid etc.

Procedure: To inject the 20 ml of the quality standard solution, and sample solution into the chromatographic system and to measure the areas for the Lamivudine and Efavirenz peaks and calculate the % Assay by the formulae.

Optimization of Chromatographic Conditions: To develop a stability indicating RP-HPLC method for estimation of lamivudine and efavirenz in Pharmaceutical dosage forms, different preliminary tests were performed and different chroma-tographic condition were developed which got in Table 1. The ultimate analysis was performed by using Column: Symmetry C18 (4.6 x 150mm, 5µm), make: X Terra) or equivalent, Flow rate: 0.8 ml per min, the sample were analysed at detector Wavelength: 258 nm, Injection volume: 20µl, Column oven: ambient, Run time: 7 min. The proposed method lamivudine and efavirenz was optimised to offer sharp peak with good resolution and minimum tailing effect for the optimized chromatogram was obtained as shown in Table1.

Analytical Method Validation Process: The Analytical method validation of lamivudine and efavirenz byusing HPLC was carried out with respect to the following parameters. 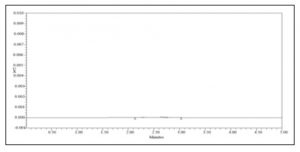 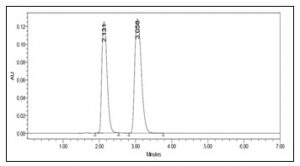 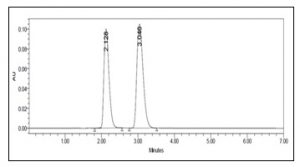 Linearity: Linearity of lamivudine and efavirenz were found by injecting five different concen-trations of working standard solutions for lamivudine (20-60PPM) and efavirenz (20-60PPM). Standard calibration curves were constructed by taking mean peak area on Y-axis and concentration of drug on X-axis. The linearity equation obtained for lamivudine was y= 167890x + 65407 (R 2 =0.9994) and of efavirenz was Y= 39327x + 63509 (R 2 =0.99) correlation coefficient obtained was 0.999 for the 2 drugs. The results were shown in Table 3.

TABLE 3: RESULTS DATA FOR THE LINEARITY OFLAMIVUDINE AND EFAVIRENZ 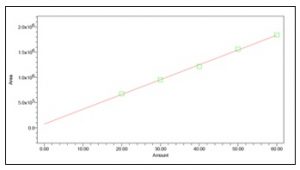 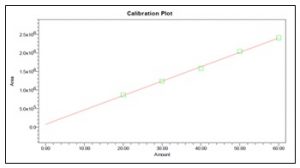 TABLE 4: RESULTS DATA FOR THE PRECISION OF LAMIVUDINE AND EFAVIRENZ

Accuracy: To demonstrate the accuracy of the proposed method a typical addition method was used for analysing the samples. For this purpose, known amount of lamivudine and efavirenz were supplemented to the working standard sample solution which was previously analysed then compared the obtained experimental values to truth values. Each solution was injected in five times and therefore the percentage recovery was calculated. %recovery was obtained as 100.41% and 100.30% for lamivudine and efavirenz respectively.

Robustness: The different variations like variation of PH of the solution, flow rate, wavelength and mobile phase solution composition. The deliberate changes within the method haven't much affected the peak tailing factor, theoretical plates and therefore the percent assay. This indicated the robustness of the strategy. The robustness study results are presented in Table 7.

Assay of Formulation: We were prepared assay sample solution injected into the HPLC, bearing the labels claim of Lamivudine 600 mg, Efavirenz 300 mg. assay was performed with the above formulation product. Average % assay for Lami-vudine and Efavirenz obtained was 100.016 and 101.165 respectively.

CONCLUSION: The proposed newly stability indicating RP-HPLC method were developed and validated for the simultaneous estimation of Lamivudine and Efavirenz within the pharma-ceutical dosage form.

The proposed method was validated following ICH Guidelines by testing its parameters include linearity, precision, accuracy, robustness, LOD and LOQ. The Stress-induced studies proves the effectiveness of the proposed validated stability-indicating method.

So, the strategy developed was simple and economical which will be adopted in regular internal control test in pharmaceutical industries.

The share %RSD for all parameters was found to be but ± 2, which indicates the validity of the methods and the assay results obtained by this method are in elegant agreement.

And therefore, the Sample recoveries altogether pharmaceutical formulations were in the good treaty with their respective label claims.

Authors Contribution: Both the authors contributed equally in the design of the work, acquisition and interpretation of data and manuscript preparation; all authors have read and approved the manuscript.

Funding: It is self-financed; no funding was obtained from any organization and research funding bodies.

ACKNOWLEDGEMENTS: The authors are thankful to the Spectrum pharma research lab, Hyderabad for providing the Lamivudine and Efavirenz as the gift samples and also for providing required laboratory facilities to carry out this research work and thankful to Guru Nanak Institution Technical Campus- School of Pharmacy, Hyderabad, to give a time for writing of a research paper.

CONFLICTS OF INTEREST: There are no conflicts of interest from all the authors.