ABSTRACT: Adverse drug reactions (ADRs) cause considerable morbidity and mortality worldwide. The pharmacovigilance activities continuously update about the adverse reactions related to medications and provide information regarding the nature and severity of ADRs. The study aims to assess the causality assessment of ADRs among patients in a tertiary care hospital. A prospective observational study was conducted in a tertiary care hospital for eight months, from September 2019 to April 2020. A total of 87 patients among 79 patients had reported with 82 ADRs. Based on the gender, males were higher than females. 40 ADRs were reported between 61-80 years of age. 27 ADR reported by diuretic users, and 15 were caused by furosemide users. 32 ADRs were endocrine damage. Causality assessment has been performed using the world health organization-Uppsala monitoring center, 63 possible followed by 13 probable/ likely. In the majority, 54 suspected ADRs were withdrawn. Based on the study duration, 40 were recovering stages. Monitoring and reporting of ADR among healthcare professionals should be encouraged as well as creating awareness of ADR reporting among patients can improve quality of life and prevent hospitalization.

INTRODUCTION: Adverse drug reaction (ADRs) causes considerable morbidity and mortality worldwide. World health organization (WHO) defines that an ADR as a response to a noxious and unintended drug and occurs at doses used in humans for the prophylaxis, diagnosis, and treatment of disease 1. Pharmacovigilance is nothing but the activity concerned with detecting, assessing, understanding, managing, and preventing ADRs 2. The pharmacovigilance activities continuously update about the adverse reactions related to medications and provide information regarding the nature and severity of the ADR 3.

These act as an alerting mechanism for a physician, which helps to improve the quality of patient care by ensuring the safer use of drugs. ADR happens commonly where reporting is a must for the early recognition and prevention of severe cases. It not only helps in generating awareness but also helps the regulatory authorities in making the policy decision 7. The awareness about risk factors and in-depth knowledge of ADR literature can help physicians identify patients with greater risk of ADR 8.

Reporting programs or education can increase awareness regarding reporting of ADR among healthcare professionals in all hospitals in India 9. This study was carried out to evaluate the causality assessment of ADR among patients in a tertiary care hospital.

Study Population: The study population is about 89.

Inclusion Criteria: Patients of age above 18 years of both gender ADR. Patients who are diagnosed with ADR during their hospital stay. Patients admitted for the management of ADR were included in this study.

Exclusion Criteria: Patients admitted for drug abuse, Intentional or accidental poisoning with a drug, Overdose medication, Treatment failure, Medication error, or Non-compliance had been excluded from the study.

Research Ethics: This study was approved by an Institutional Ethics Committee from Vels Institute of Science, Technology and Advanced Studies (VISTAS) Pallavaram, Chennai. Before the study process, the healthcare professionals acquainted themselves with studying patients and got done with informed consent. The patient said that their personal information is kept confidential.

Investigation Phase: The Principle investigator with healthcare professionals explained about ADRs monitoring and reporting. The study population details, including the demographic and treatment profile details, were collected and entered into the patient's case record form by personal interview. Complete medication history collected by reviewing patient medication chart. ADRs were monitored by analyzing the present complaint with the past and present medication. Suspected Adverse Drug Reaction Reporting Form- Central Drugs Standard Control Organization Proforma is used to collect the ADRs in patients. WHO- UMC (Uppsala Monitoring Centre) causality assessment scale is used to analyze between the drug and suspected reaction. ADRs have some criteria to classify the causality; they are: Time relationships to drug intake, any alternative medications are taken, response to withdrawal and response on the reintroduction of the drug. Depending on these criteria, the ADRs are classified as Certain, Probable, Possible, Unlikely, Conditional and Un-assessable.

TABLE 1: DISTRIBUTION OF PATIENTS AS PER GENDER 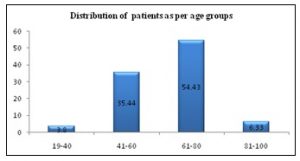 FIG. 1: DISTRIBUTION OF PATIENTS AS PER AGE GROUPS

From the collected data, about 56 (68%) ADRs were caused due to oral route administration followed by intravenous route with 22 (27%) ADRs. Intra-arterial route of administration was provided to 4 patients causing 5% of ADRs. Diuretics associated with a maximum of 27 (35.53%) ADRs were reported and followed by anticoagulant 9 (11.84%), calcium channel blocker 8 (10.53%), beta-blockers 7 (9.21%), angiotensin-converting enzyme inhibitor 4 (5.26%). Angiotensin receptor blocker, antibiotics, and HMG-CoA reductase inhibitor 3 (3.95%), anti-angina and corticosteroid with 2 (2.63%) causing each and alpha-blocker, anti-diabetics, anti-dysrhythmic, antiplatelet, anti-histamine and I (F) current inhibitor with less number of ADR 1 (1.32%).

TABLE 2: A PERCENTAGE SHOWING ADRs INVOLVED IN EACH DRUG CATEGORY 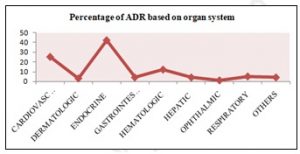 FIG. 2: PERCENTAGE OF ADRs BASED ON THE ORGAN SYSTEM

Drug-induced ADRs were more compared to other ADRs like contrast media-induced ADR. The Highest ADRs of about 15 (19%) were caused by furosemide and a diuretic and followed by spironolactone which was also a diuretic cause 7 (9.21%) ADRs. The common ADRs caused due to furosemide and spironolactone were hypo and hyperkalemia. Pedal oedema caused due to amlodipine, a calcium channel blocker, in 5 (6.7%) patients. Heparin causes hematuria, thrombocytopenia, and bloody sputum. Metoprolol succinate causes sinus bradycardia, breathlessness, bradycardia, and syncope in 4 (5.26%) ADRs each. Blood thinner warfarin causes Malena in 3 (3.94%). Pedal oedema, cough, and breathlessness were reported by ramipril in 3 (3.94%) patients. Other drugs like acenocoumarol, atorvastatin, carvedilol, glyceryl trinitrate, and telmisartan cause 2 (2.63%) different ADRs in each. Amiodarone, aspirin, cefuroxime, diltiazem, enalapril, glipizide, hydro-cortisone, ivabradine, indapamide, losartan, meto-lazone, nitrofurantoin, prednisolone, propranolol, rosuvastatin, tamsulosin, and vancomycin Table 3 reported 1 ADR each.

TABLE 3: PERCENTAGE OF ADR BASED ON DRUG CATEGORY

Upon WHO-UMC causality assessments, most of the reports were rated as 63 possible (83%) followed by 13 probable/likely were classified with 17% Fig. 3. 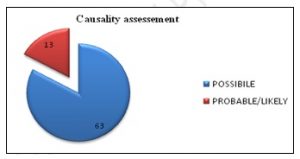 FIG. 3: CAUSALITY ASSESSMENT AS PER THE UMC-WHO SCALE

In the majority of the ADRs, 54 (71%) were suspected drug was withdrawn, and 13 (17%) provided withholding treatment. 3 (4%) ADRs were observed with no change in their treatment, then the dose altered for 6 (8%) ADRs. The study shows patients improved after the withdrawal of drugs causing ADR Table 4. It shows that 40 (53%) of ADR were recovering due to the management, 31 (41%) recovered after the treatment. 4 (5%) were continuing treatment. 1 (1%) were others Table 5.

TABLE 5: THE OUTCOME OF REPORTED ADR

In this prospective study, 6 patients reported with 6 contrast-induced ADR, i.e., nephropathy, who received intravenous and intra-arterial iodinated contrast media during a cardiac angiogram procedure. Contrast media was withdrawn after a single-use. Among these 6 patients, 2 were male, and 4 were females patients. The ADR reported by iodinated contrast media were 1 (17%) optiscan (iohexol), 3 (50%) visipagque (iodixanol) and 2 (33%) xenetix (iobitridol). Causality assessment shows that 100% of reported ADR was rated as possible, and 50% of patients get recovered, and 50% of patients were in the recovering stage due to management Table 6.

TABLE 6: PERCENTAGE OF CONTRAST INDUCED-ADR AND ITS OUTCOMES

DISCUSSION: In the present study, 68% of ADRs were reported by males, and female reported 23% of ADRs. This result was similar to the research carried out by Sajin G et al. 10 . Many more studies reported that male patients predominate over females. The majority of the ADRs (68%) were reported among 61-80 years. This result was similar to a study by Vikas et al. 11 Another study by Yu YM et al., 12 showed that the adult group experienced a high number of ADRs compared to other age groups. Out of 82 reported ADRs 56 (68%), the oral route of administration was followed by intravenous and intra-arterial. About 66.7% and 80% of ADRs were occurred due to the oral route of administration in Mayathevar B et al., 13 and Misra D et al., 14 study respectively. Other studies showed that the oral route was higher when compared to parenteral and topical. The present study showed that the endocrine part was the most commonly affected system, followed by cardiovascular and hematological organs.

The ophthalmic system was the least common organ system affected. Khan and Sarkar et al., 15 showed that the gastrointestinal system was the most commonly affected with 38.75 and 18.7%, respectively. Diuretics produced more ADRs compared to other classes of drugs. According to Ashok et al., 16 10 (2.74%), ADRs due to diuretics. Out of those 82, furosemide produced 14 hypokalemia and one muscle cramp. Combination with spironolactone produced two hyperkalemia. Vikas et al., 11 reported 5 ADR by both single and combination of furosemide with spironolactone. In this study, out of 76 reported drug-induced ADR, 83% ADRs were possible, and 17% were probable/likely. This result was similar to the study carried out by Amin et al., 17 where the possible WHO-UMC scale was higher when compared to other scales. The highest frequent management in this study was withdrawal (71%) and also shows that 53% of ADRs were recovering due to management. Ashok et al., 16 studies show that 42.93% of ADRs recovered after the treatment. Contrast-induced nephropathy was the major cause of ADRs due to iodinated contrast media. In the present study, contrast-induced nephropathy was reported more in female patients than male patients. The rate of ADRs is due to iohexol 17%, iodixanol 50%, and iobitridol contrast media were 33%, respectively. WHO-UMC causality assessment was performed and showed that possible had reported for all the six contrast-induced nephropathy ADR. The Shivgunde et al., 18 studies showed that all the acute ADRs were probable, and all the delayed ADRs were possible. Monitoring and reporting of any ADR can improve the patient's quality of life and prevent hospitalization.

CONCLUSION: The present study showed that monitoring and reporting of ADRs plays a vital role in medical events. This study shows many factors like age, gender, drug class, and drugs with ADR. Most ADRs in this study were reported by furosemide, a diuretic. It proves that monitoring ADRs is a must. Through monitoring, many ADRs can identify and treated to improve the patient’s quality of life. This study helps healthcare professionals in understanding the concept of ADR and can provide awareness regarding the pattern of ADR to prevent or minimize the occurrence of ADRs. Monitoring and reporting of ADRs among healthcare professionals should be encouraged as well as creating awareness of ADR reporting among patients can improve quality of life and prevent hospitalization. We recommend that further studies accurately quantify the burden and identify ADRs' risk factors in hospitalized patients.

ACKNOWLEDGEMENT: The authors wish to thank the nursing and medical staff of the study hospital for their cooperation in the study's success. The authors also thank Dr. C. Stalin Sr. Patient safety-Pharmacovigilance associate and Dr. T. Lakshmi, Pharmacovigilance Programme of India, Adverse Drug Monitoring Center, Govt. Stanley Medical College-Chennai for helping report the ADR and providing the necessary facilities to conduct this work.

CONFLICTS OF INTEREST: The authors declare no competing interests to disclose.