A REVIEW ON EPIDERMAL MANIFESTATION OF PAPPILOMA VIRUS INFECTION IN HUMAN

A REVIEW ON EPIDERMAL MANIFESTATION OF PAPPILOMA VIRUS INFECTION IN HUMAN

ABSTRACT: The Human Papilloma Viruses (HPV) are non-enveloped, small DNA virus, which are responsible for worldwide problem. HPVS can be associated with different varieties of epidermal manifestations. It belongs to the Papovavirus family. On the basis of oncogenic potential these have been classified as high risk and low risk types of virus. Currently histopathological techniques are widely being used as the diagnostic method for the identification of HPV viral DNA. This article reviews the classification of HPVs and different methods used for the vaccination and diagnosis. The types includes common warts, flat warts, plantar warts, anogenital warts, anal dysplasia and epidermodysplasia verruciformis. Vaccines are available for prevention of HPV infection, and recommended vaccination schedules have been outlined.

INTRODUCTION: Human Papilloma Virus (HPV) is a double stranded DNA (dsDNA) virus associated with several epithelial diseases such as condylomata, papillionoma, warts, genital cancer etc. More than 100 HPVs are identified based on genetic sequence of outer coat (capsid) protein layer (L1). HPV is one of the most sexually transmitted virus in both sexes, where the severity varies with geographical location. HPV is roughly divided into two groups the first which infects keratinized surfaces of skin and the another one that infects non-keratinized epithelium (eg. epithelium of mouth, throat, eyes and anogenital tract). 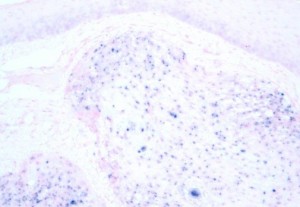 Each type is distinct, but like every member of this viral group, they possess 8kb virus genome. HPVs have been classified for convenience into those groups which are associated with lesions of mucosal origin and those which are mainly found in cutaneous lesions. A benign tumour is a mass of cells that lacks the ability to infect neighbouring cells 1, while cancerous lesions are those which invade surrounding tissues. Insistent type infection with HPV is absolutely established as a necessary cause of the cutaneous infection. The molecules key to initiation and progression to the infection are oncoprotein E6 and E7 which act initially by removing the negative regulation growth of the host cell. HPV transmission by sexual contact is a responsible for the infection and cervical lesions as well as acts as the same risk factors for other sexually transmitted disease. Mostly sexual partners associated with genital HPV infection and other marks of sexual behaviour, reproductive activity, heredity, immune and smoking habit also subscribe in the same way progressing towards the development of cervical cancer.

In this review, we have discussed detail aspects of the biological and natural history of the virus, structure of HPVs, viruses interaction with the infected host and particular host cell component. The current prevention and treatment options for HPV-related diseases was also concisely reviewed which may prove an essential element for the development of new therapies and effective treatments.

These papulonodules are most often seen on the hands, arms and legs are known as common warts. The morphology varies from smooth sessile lesions to large pedunculated lesions. These are particularly common in children due to frequent skin-to-skin contact. These are also common in another group of people handling meat poultry and fish 3, 4. They occur in subtypes of HPV 2, 7, 22 where HPV2 is most frequently seen in all viral types. HPV2 virus is common cause of condyloma in young children and infants. Ablative methods are surgical excision and destruction by electro desiccation, laser or liquid nitrogen vesicants such as cantharidine alone or in combination with podophyllin are more effective making them a good choice for treating children 5. Topical medical therapy includes antiviral agent like 5-FU, retinoic acid, podophyllin, podofilox which should be taken once or twice in a day.

In this lesions, thickness is remarkable, infected tissue takes more time to get cured compared to other warts occuring in non-acral skin area 6, 7.  HPV types are known to cause plantar warts, recognized clinically as HPV1, 2, 4, 63. Liquid nitrogen may be applied to small early lesions to prevent it from spreading. Topical 10% formalin may be used twice in a day. A mixture of 5% 5-FU and 0.05% retinoic acid may be used to resist large lesions.

Warts of this type are dozens of elevated subtle papules 2-4 mm in diameter found on the surface less than a millimetres 8, 9. These are caused by HPV3, 8, 10 and occasionally by HPV2. A    mixture of 5% 5-FU, 0.05% retinoic acid, podophyllin, podoflox may be used.

It is an uncommon benign epithelial cyst mainly associated to the cystic skin lesion and caused by HPV 60. Radiation method is ineffective and warts can be removed by simple and easy method of excision.

These warts are caused by sexually transmitted infections. Most of the anogenital warts are caused by HPV6, 11, 42, 44 and others. The warts usually develop on the outer skin of the penis and the vagina. It looks like small, skin coloured lumps on the skin. There is a good chance to go without treatment, about one third of warts disappear by itself within six months. Podophyllotoxin is available as a cream or lotion may be applied twice daily for three or four days. Imiquimod cream is an alternative it may be applied during bed time and washed off 6-10 hours later. Physical treatment includes freezing warts with liquid nitrogen, surgical removal under local anaesthetic and by burning warts by means of laser are electro cautery.

It is an autosomal recessive disorder of cutaneous immunity. These disorder are caused by more than 15 types of HPV. Warts are typically flat, numerous subtle and erythematous. In beginning the warts appears to give clinical appearance of tiny vesicular. The warts can involve any area of the body especially arms. Ablative techniques, liquid nitrogen, topical retinoid can be used to clear sun exposed area which are at more risk for malignant transformation, H2 blockers may be useful in combination with topical therapies.

It primarily occurs in children but lesions may occur in middle-aged adults. It takes place inside the lips, inside of the cheeks, side of the tongue and is also known as heck disease 10. It is caused by HPV 13, 32. This is benign condition that heals spontaneously 11, 12. Use of topical imiquimod 5% cream has been reported to be successfully effective. Cryotherapy laser ablation also helps in the treatment.

In this condition throat, tongue base and tonsils are included in the oral infection but oral sex is little bit suspected. In this infection symptoms are not immediately visible. It is caused by HPV6, 7, 11, 16, 32. High levels of radiation that can kill the cancerous cell 13

It is caused by HPV 6, 11 and also is known as recurrent respiratory papillomatosis. Warty growths occur in the larynx and upper respiratory tract. Vocal function is affected by this disease. It is similar to the common warts. It is more common in both children and adults. Anti-reflux medication, cidofovir, indole-3-carbinol and chemotherapeutic agent helps in the treatment.

Cancer can be estimated as the accumulation of 2-6 heritable abnormalities that work in concert to grow into a fully malignant cell. Infection with a human papillomavirus, particularly a positive risk virus, can account for two potentially serious molecular defects (a) loss of p53, and (b) retinoblastoma protein function. Retinoblastoma protein is a normal protein, a critical component of cell cycle control. It (Rb) in unphosphorylated state binds transcription factors necessary for the progression of cell cycle. 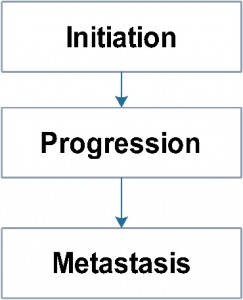 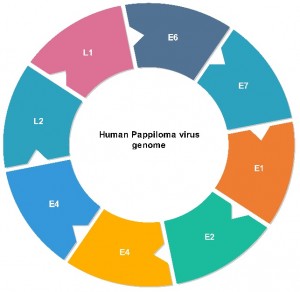 Indian Layout of the HPV Infection:

Millions of women above age of 15 years in India are suffering from cutaneous Human Papilloma Virus infection (HPV). According to the latest report, annually there are approximately 132,000 newly diagnosed cases and approximately 74,000 deaths known which is 1/3th of the total universal cervical cancer death 16. Women in India face cumulative life time risks and deaths which is about 2.5 and 1.4% respectively. Among the total population approximately 6.2% women suffer from HPV infection at any particular time. About 76% of cervical cancer in India occurs due to HPV serotype 16 and 18. About 5-25% of sexually transmitted diseases report shows the presence of wart but there is no data for the ano-genital warts in general 17. Now there are many cervical cancer research programmes going on in India. Indian Council of Medical Research has established National Cancer Registry programme which acts like surveillance system in India for cancer, by visiting hospitals and pathology. It collects data and stores information about cancer types and its magnitude 18.

HPV transmission can be reduced but has not been completely eradicated from roots. HPV vaccines helps to prevent the infection from the Human Papilloma Virus. The FDA will examine licensing the vaccines for the people 19. HPV vaccines have been tested in different age group people and has been found to be safe. Gardasil and Cervarix are more effective in preventing infection, both are highly immunogenic vaccines. The efficacy of Gardasil was found to be 89% for the prevention of genital warts and 78% for the anal warts, among the males. This virus vaccines were developed in the early 1990s. Two similar vaccines were approved in the starting years of 2006 and 2009 following extensive clinical testing. Both vaccines stop HPV infection. Implementation of these vaccines is the next provocation.

It is more effective in males. Both vaccines are administered by the intra-muscular routes 20. It should be stored at 2-80 C and be protected from light. The second and third doses should be followed two and six months after the first dose, if the HPV vaccine schedule is interrupted then will not be beneficial.

CONCLUSION: The results after seeing previous results and earlier studies on the role of cutaneous HPV infection specific vaccination is for primary prevention of the HPV. HPV is the most common infectious agent in humans, with a variety of epidermal manifestations. HPV associated lesions vary from place, size and occurrence in different person. Statistical analysis shows its worldwide random explosion. Furthermore studies are required to emphasize its eradication.

ACKNOWLEDGMENT: We thank Shweta Srivastava and Pawan Kumar Pandey for their contributions in preparing the manuscript.