ABSTRACT: Lagerstroemia speciosa is commonly known as crape myrtle belonging to the Lythraceae family. Lagerstroemia speciosa or Banaba is a medicinal tree traditionally used to lower blood sugar in the body. Its high content of corosolic acid makes it an effective anti-diabetic drug. Banaba is also recommended for kidney, bladder problems and hypertension. Leaves of the species have been traditionally used over thousands of years as folkloric treatment by the native Indians and Japanese for illness, ailments particularly for lowering blood sugar levels and weight loss. The flower extracts of the species has some pharmacological properties like antioxidant and anti-microbial activities, whereas fruit extracts reported anti-nociceptive, anti-diarrhea and cytotoxic activities. Research on leaf extracts reveals that anti-bacterial, anti-viral, anti-inflammatory, anti-obesity, anti-fibrotic, anti-diabetic and xanthine oxidase inhibition, diuretic, decongestant activities and roots are applied for treating mouth ulcers. In addition to that bark is used to relieve the abdominal pains. The species also has essential metals like sodium, potassium, iron, zinc and magnesium which were clinically proved. Thus these reviews will emphasis on the phyto-constituents and biological activities of the plant which will heal and cure mankind for healthy living.

The name Lagerstroemia was recognized by Magnus von Lagerstroem a Swedish naturalist who provided specimens from the east for Linnaeus. Indians commonly called it as “Pride of India” and also called as Giant crape myrtle 2, queens crape myrtle and banaba by Philippines. This tree is widely distributed in Philippines, India and Malaysia. Traditionally, leaves, bark and roots of Lagerstroemia Speciosa have been used in folk medicines and are remedy for various illness and ailments. Leaves have been used to treat diabetes mellitus 3 and serve as diuretic and decongestant. The red-orange leaves have high levels of corosolic acid that can reduce blood sugar. Its fresh leaves are also used as emergency tincture of wounds and sanitizing the surface of the skin.

Roots are used for treating mouth ulcers and bark is used as stimulant, relief of abdominal pains and febrifuge. Philippines consume the leaves of the Lagerstroemia Speciosa as herbal tea for lowering blood sugar level and reducing body weight. Because of its “insulin like principle” is used as a remedy for diabetes. Recently, GlucosolTM and Banabamin herbal products have been developed from Lagerstroemia Speciosa as an anti-diabetic drug. 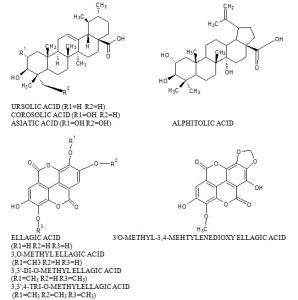 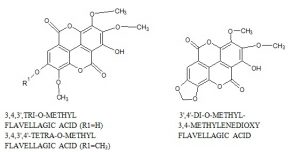 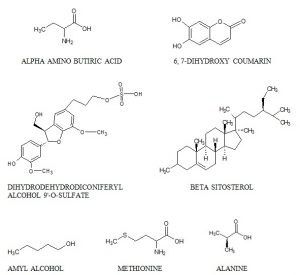 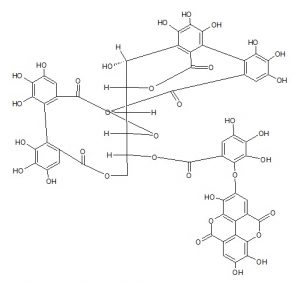 Antiviral Activity: Nutan 13 et al., 2013 screened anti-HIV activity of aqueous and 50% ethanol extracts of leaves and stems of banaba by in vivo reporter gene based assays and found the novel anti-HIV activity of banaba because of presence of Gallic acid and ellagic acid through the inhibition of reverse transcriptase and HIV protease.

Anti-inflammatory Activity: Priya 16 TT et al., 2008 worked on the anti- inflammatory activity of ethyl acetate and ethanol leaf extract of Lagerstroemia Speciosa. It had been examined using the carrageenan-induced acute inflammation and formalin-induced chronic paw oedema assays. Ethyl acetate extracts significantly reduced inflammation in a dose dependent manner, which was not observed with ethanol extract for both the acute and chronic inflammatory models.

Caligiani 2 et al., 2013 worked on a simple GC-MS method for the screening of betulinic, corosolic, maslinic, oleanolic and urosolic acid contents in commercial botanicals used as food supplement ingredients. They found that only Lagerstroemia speciosa was rich in maslinic acid.

CONCLUSION: Lagerstroemia speciosa is one of the wide spread species and has been used traditionally in folk medicine. Studies done on Lagerstroemia speciosa in the past 15 years revealed that, it is a natural plant insulin that has no side effects and  more than 40 phytoconstituents like glycosides, flavones, ellagic acids, triterpenes and tannins are present in leaves, stem, flowers, fruit, bark and roots. Finally, concluding that the whole banaba tree from root to leaves and flower had a glucose lowering effect and could be used to fight against diabetes, obesity, kidney diseases, hypertension and others. Further research is needed to isolate new active principles and to screen pharmacological activities of the phytoconstituents.

ACKNOWLEDGEMENT: The author conveys deep sense of gratitude to the management of Vignan Pharmacy College for their continuous support and inspiration.

CONFLICT OF INTEREST: We declare that, there is no conflict of interest regarding the publication of this paper.