A REVIEW ON PHYTOCHEMICAL AND PHARMACOLOGICAL PROFILE OF ELYTRARIA ACAULIS LINDAU

A REVIEW ON PHYTOCHEMICAL AND PHARMACOLOGICAL PROFILE OF ELYTRARIA ACAULIS LINDAU

ABSTRACT: Elytraria acaulis Lindau, Acanthaceae (Family), also known as the Asian scalystem places itself an important position in the history of Indian system of medicine. It is found throughout Nigeria, Angola,Ghana, Uganda, Kenya, Botswana, Malawi, Mozambique, Zambia, Zimbabwe, Tanzania, South Africa, Somalia and India. Indian ayurveda explored in treating several ailments by using natural products derived from the medicinal plants. Using synthetic drugs to cure many diseases are adversely affecting immune system of the body. E.acualis is extensively used in the treatment of diabetes, diarrhoea and worm infections. It exhibits anti inflammatory, anti oxidant, anti hyperglycemic and anti fertility activities. In olden days the roots were made into paste and were topically applied for the treatment of leucorrhoea, snake bite and piles. This present study depicts the phytochemical and the pharmacological profile of Elytraria acaulis Lindau.

INTRODUCTION: The eternal kindness of the nature for mankind is expressed by means of plants. Man’s interest in plants began for his requirement of food and shelter which was followed by identifying among them, the remedies for injuries he received during his nomadic life. India have been known to be the rich repository of medicinal plants. The drugs are derived either from the whole plant or from different parts like leaves, stem, bark, root, flower and seed. Some drugs are prepared even from excretory products of the plants such as gums, resins and latex. Documentation of the use of these medicinal plants, used by the tribes of the various parts of the world has been encouraged by various world organizations including World Health Organization (WHO).1 E. acaulis, is distributed widely in the Deciduous woodland regions often on rocky or sandy soils of the world.

Asian scalystem is a stemless perennial herb with 1-several unbranched flowering stems, which is up to c-30 cm tall. Leaves are subsessile, elliptic to obovate, up to 18 cm long and hairy, particularly on the veins, below the basal rosette. The leaf margin is subentire to scalloped in the upper part and the Flowers contains several spikes held in tight, apiculate, overlapping bracts. Bracts and flowering stem are bluish green in colour. The corolla is often white, lower lip and spreaded in lateral lobes, which are 2-lobed. Flowers are often non-opening. The capsule is 5.5-6.5 mm long and hairless.

An ethanobotanical study which was carried out in Chitrakoot, located in the northern part of Satna district (Madhya Pradesh-India) has revealed that E.acaulis is being used as a traditional medicine for the treatment of leucorrhoea in which the root was made into a paste and was given once in a day for 21 days. Root paste with black piper is applied on snake bite and was also applied on piles in the morning and evening. E. acaulis is traditionally used in treatment of abscess of mammary glands, boils, burns, colic, diarrhoea, rickets, throat compliments and tonsillitis.2 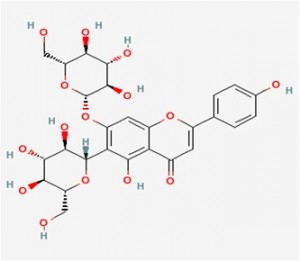 The phytochemical screening of methanol extract of the leaves of the plant showed the presence of chemical compounds like Alkaloids, Amino Acid, Carbohydrates, Flavonoids, Glycosides, Phenol, Protein, Saponins, Steroids, and Tannins. Various spots with methanol extract were obtained in HPTLC analysis which had confirmed the presence of alkaloidal content in the plant.4

In order to study the acute toxicity of the plant, oral administrations of 50 to 2000 mg/kg of methanol extract of the plant were given to adult female Wistar rats and the mortality and toxic symptoms were noted for up to 72 hours. The extract was found to be well tolerated up to 2g/kg body weight in acute toxicity studies. In sub acute study, the effect of weekly dosing of 400mg/kg of methanol extract of E.acaulis was investigated in rats for 6 weeks and estimations of hepatorenal parameters and histological observations of the tissue were done.

The sub acute toxicity study showed no significant alteration on any of the parameters and was evident by the histological studies. Hence the results suggest that the whole plant methanol extract of E.acaulis is safe and can be used in the treatment of the various chronic diseases without any toxicity.5

The Methanolic extract of E.acaulis has shown significant anti diabetic activity in diabetic rats. A dose of 200 and 400 mg/kg body weight of the extract was administrated using Glibenclamide (500 mcg/kg) as reference drug through oral administration in diabetic rats. It was found that a high dose (400 mg/kg) of extract showed an improved control on bodyweight, oral glucose tolerance test, liver glycogen levels and serum hemoglobin.

The kidney, liver and pancreases revealed the improved structures of islets of Langerhans, inhibition of glomerular hypertrophy, hepatocytes and glomerulosclerosis on studying the histology of the organs indicating the anti-diabetic property of extract.6

In the present study, different underground parts, viz roots, rhizome, etc., of E.acaulis were dried in shade for one month, the powdered crude drug was extracted with chloroform, ethanol, ethyl acetate, ethanol (50%), petroleum ether and water separately, to extract polar and non-polar compounds. The potential anti diarrhoeal agent along with the extracts were administered orally to the selected Wistar rats along with castor oil and magnesium sulphate .With the water extract of E.acaulis, there was a considerable decrease in the diarrhoeal droppings which was compared with the standard drug Loperamide. E.acaulis, thus had shown an effective anti diarrhoeal property.7

The acetone extract of the plant E.acualis had shown to affect the fertility of male albino rats by reducing the sperm count and motility. The serum samples were tested for the serological parameters. The reduced levels of vital reproductive organs weight, sperm count and motility were observed in the treated rats compared to control rats. There was an increase in the cholesterol and triglycerides in the serum of treated rats. The glucose levels were found to be decreased. While considering the protein and glycogen levels of liver and testes, there was a decrease in the treated group than to the control group. The histological sections of testes in treated groups were observed that loss of interstitium and degenerated germinal cells were also observed. The effect of the extract was found to be more in group –III (300mg/kg) compared to group- II (200mg/kg). Thus the plant has shown to be an effective aid against fertility.8

E.acaulis, used to cure worm infection traditionally, was evaluated for its anthelmintic activity in the present study. From the gut of Ovis aries, adult parasites of Moniezia expansa, were collected and exposed to various concentrations of methanolic and ethanolic root extracts. The parasites were found dead in the methanol extract, recorded after 45.05±0.122 min., which was much more potent than the ethanol extract. The concentration of carbohydrate and total protein levels were marginally elevated after the treatment. Vacuolization of parenchymal tissues along with the deformation in the sub tegument layer was evident. This study reveals that the plant has significant anthelmintic activity.9

Anti hyperglycemic activity of the methonalic extract of E.acaulis was performed. The hypoglycemic test was performed in overnight fasted (18 h) normal rats. Rats were divided into 5 groups, each containing 6, where group I were administered normal saline (2 ml/kg), group II were diabetic control, the groups III and group IV were given extract of E.acaulis, at a dose of 200 and 400 mg/kg by orally and group V were given orally Glibenclamide (500 mcg/kg). Blood was withdrawn from the tail vein of all the rats at 0, 1, 2 and 3 hours and the glucose levels were estimated using a glucoseoxidase–peroxidase reactive strips and a glucometer. It was concluded that the anti hyperglycemic activity of the plant may be due to the reduction in the glucose level and improvement in the histopathological studies.10

In another study, the antihyperglycemic activity of the crude aqueous extract of E.acaulis of different parts of the plant were studied in alloxan-induced diabetic rats, after an oral administration at a dose of 250 mg/kg body weight for a period of 28 days. On chronic administration, the effect of E.acaulis flower and leaf caused a fall in the blood sugar of rats. Diabetes induced hyperlipidemia is attributable to excess mobilization of fat from the adipose due to the under utilization of glucose.  Hence a significant increase in the levels of triglycerides and cholesterol were observed in diabetic rats when compared to normal control groups which proved that the extract is hypoglycemic.11

E.acaulis contains alkaloids, flavonoids, glycosides, phytol, sugar compounds and terpenes. Flavanoids have been shown to posses various biological properties that are related to anti septic, anti inflammatory and antioxidant activities. This flavonoids targets the reactive oxygen species and prostaglandins which are involved in the late phase of acute inflammation and pain perception. The experiment was done on agar diffusion method which effectively proved that the plant extracts contains anti inflammatory and anti septic properties.12

By maceration technique, extracts of the whole plant of E.acaulis in ethanol and aqueous solvents were prepared. The 6 groups of rats used were maintained as CCl4 induced, CCl4+ Liver tonic, control, CCl4+E.acaulis extracts (aqueous 200mg/kg and ethanol 200mg/kg). On the 8th day blood was collected for the study of serum enzymes like SGPT (Serum Glutamate Phosphate Transaminase), SGOT (Serum Glutamate Oxaloacetic Transaminase) and bilirubin and then the separated liver is processed for the histological studies. The decreased levels of SGPT, SGOT, and total bilirubin in the treated rats were seen which was an indication of the hepatoprotective activity of extracts of E.acaulis.13

CONCLUSION: Since ancient times plants have been used for the treatment of various ailments. An Extensive survey on the literature of E.acaulis reveals the vast pharmacological and phytochemical characteristics of the plant. The plant extract and an isolated compound have shown a variety of pharmacological activities like anti diabetic, anti diarrhoeal, anti inflammatory, anti septic, anti oxidant, hypoglycemic and hepatoprotectivity. From the above phytochemical and pharmacological activities it has been proved that E.acaulis can be used for the development of herbal drugs.

From the current review, it can be concluded that the plant has high medicinal values. Further studies can be done either on isolation of new compounds or in the treatment of leucorrhoea, snake bite and piles, which have been revealed from the traditional use of the plant.