ABSTRACT: SLN is a challenging field of nanotechnology notified in the recent years. It has been proved that SLN is more beneficial colloidal drug delivery system because of its more controlled and targeted properties. Recent advances in nanotechnology has indicated unimaginable guarantee to adjust disease therapeutics by creating new treatment modalities which may permit better focused delivery of anticancer medications to destroy dangerous cells in  different malignancies. Due to their unique size dependent properties, lipid nanoparticles offer possibility to develop new therapeutics. Parts of SLN stability and the influence of different excipients (utilized as a part of SLN creation) on stability with other optional steps included in their adjustment like freeze drying, spray drying and so on. Issues connected with SLN creation and instrumental strategies utilized as a part of generation are altogether talked about. This review discuses on many aspects of SLN such as its structure, aim, advantages disadvantages, method of sterilization, method of preparation, principle of drug release , route of administration and Its medicinal applications. Study of SLN explores the new ideas in the field of modern pharmaceutics

INTRODUCTION: Solid lipid nanoparticles (SLN) presented in 1991 speak to an optional carrier system to convention colloidal carrier, for example, - emulsions, liposomes and polymeric micro – and nanoparticles1. Nanoparticles produced using solid lipids are drawing in significant consideration as novel colloidal medication carrier for intravenous applications as they have been proposed as an option particulate carrier framework SLN are sub-micron colloidal bearers going from 50 to 1000 nm, which are made out of physiological lipid, scattered in water or in watery surfactant arrangement 2.

SLN offer special properties, for example, little size, vast surface region, high medication stacking and the communication of stages at the interface and are alluring for their potential to enhance execution of pharmaceuticals Solid lipid nanoparticles are one of the novel potential colloidal transporter frameworks as option materials to polymers which is indistinguishable to oil in water emulsion for parenteral substances.  They have numerous focal points, for example, great biocompatibility, low harmfulness and lipophilic medications are better conveyed by robust lipid nanoparticles and the framework is physically steady 3.

Solid lipid nanoparticles (SLNs) are thought to be the best lipid based colloidal bearers, presented in ahead of schedule nineties. This is a standout amongst the most famous methodologies to enhance the oral bioavailability of the ineffectively water solvent medications 4. SLNs are in the submicron size scope of 50-1000 nm and are made out of physiologically endured lipid segments which are in solid state at room temperature. 5 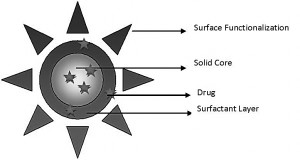 Principle of Drug Release from SLN: 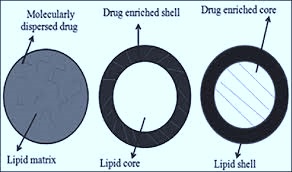 Drug being molecularly dispersed is mainly obtained when incorporating highly lipophilic drug into SLN by using hot/ cold homogenization method in cold homogenization technique the drug is dispersed in bulk of melted lipid , then the mechanical force of high pressure homogenization leads to break down of molecular form to nanoparticles and giving rise to homogeneous mixture model.eg. Etomidate SLN represents the homogenious matrix model15.

Will be obtained when performing production. The drug partitioned to water phase during the production. Cooling, obtained lipid precipitate, due to phase separation it forming practically drug free lipid core. In the meantime, the medication re-segments into the staying aqueous lipid stage and medication fixation in the external shell expanding bit by bit. At long last medication advanced shell solidifies as delineated in Fig. 2. The measure of medication parceling to the watery stage will increments with the increment of solvency of medication in the aqueous stage e.g. tetracaine SLN15.

This type of model obtained when dissolving drug e. g. Prednisolone in the lipid melts. In this model, cooling of the shaped nanoemulsion will prompt super saturation of medication in softened lipid and it further leads drug precipitation preceding lipid precipitation. Further cooling will prompt precipitation of lipid encompassing the medication enhanced center as a layer as showed in Fig. 2. Because of expanded diffusional separation and ruining impact of encompassing robust lipid shell, the carrier framework shows managed discharge profile15. 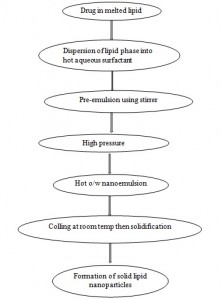 - Drug degradation due to temperature.

- Drug distribution in the aqueous phase at the time of homogenization.

- Complexity of the crystallization step of the nanoemulsion leading to several modification and/or super cooled melts. 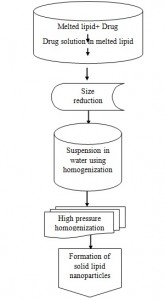 SLNs are also prepared by this technique. For smaller particle size combination of both ultrasonication and high speed homogenization is required.24 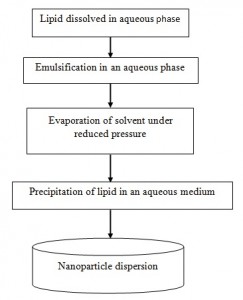 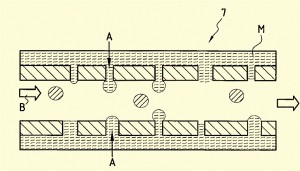 Route of administration and biodistribution of SLN: The in vivo behavior of the SLN particle will mainly depend on the following point: Interaction of the SLN with the biological surrounding including: distribution processes and enzymatic processes.

Various routes of administration are as below:

TABLE 2: TECHNIQUES AND WHICH SOLVENTS USED IN THAT PREPARATION METHOD 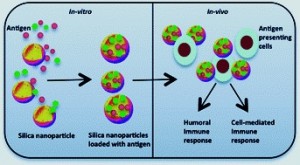 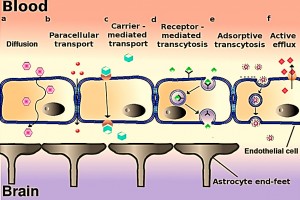 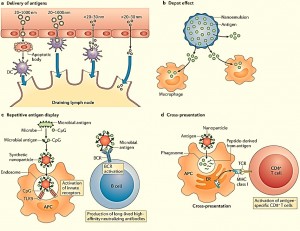 The solid lipid nanoparticles were developed and evaluated for the lymphatic uptake after intraduodenal administration to rats. 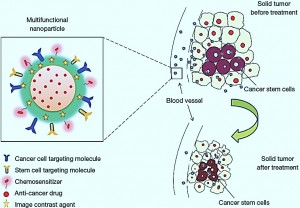 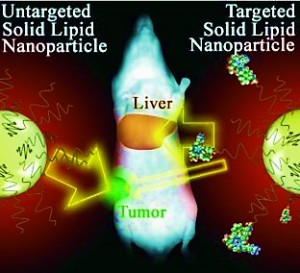 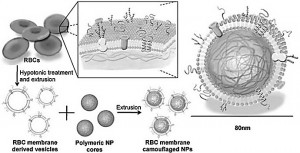 The SLNs have been connected in the preparation of sunscreens and as a dynamic transporter operators for molecular sunscreens and UV blockers. SLN and NLCs have turned out to be controlled release innovative occlusive topical. Better localization has been attained to for vitamin in upper layers of skin with glyceryl behenate SLNs analyzed to conventional formulation.

The important parameters which need to be evaluated for the SLNs are,

CONCLUSION: solid lipids which remains in solid state at room temperature and body temperature, instead of liquid oils is very attractive to achieve controlled drug release, leads to the formation of solid lipid nanoparticles (SLN) at the beginning of the 1990’s. The SLN combine advantages of solid particles, emulsions and liposomes. The site specific and sustain release effect of drug can better achieved by using solid lipid nanoparticles (SLN). Nanoparticles have been used extensively for application in drug discovery, drug delivery, diagnostic and for many other in medical field. It is well documented that colloidal drug delivery system could increase drug loading and could reduce toxicity associated with drug administration. They are relatively novel drug delivery system and further hold great promise for its systemic research. An approach undertaken here is to focus on various production methods introduced till date, and are capable for bulk production.

In addition, a wide medicinal application of SLNs in drug delivery and relevant technology have been discussed. Diverse instrumental techniques have been highlighted to characterize the physiochemical properties of SLNs. Various mode of administration for SLNs are logistically reviewed and discussed.

ACKNOWLEDGEMENT: This effort in my academic pursuit would not have been a reality, but for the constant support, guidance and encouragement rendered by a number of people whose help I specially recognize throughout this study. With profound joy and deep sense of gratitude, I thank God almighty for his divine providence throughout the course of this project. It is because of the almighty that the investigator has been able to derive all strength to complete this study.

The study has been undertaken and complete under the expert guidance and supervision of Mr. A.B. Darekar, HOD, Department of pharmaceutics, R.G. Sapkal College of Pharmacy. I express my sincere gratitude to his for inspiration constant guidance, sustained patience, valuable suggestions and support and moreover encouragement right from the inception until the completion of the study. I am indebted to my husband Mr. Kishor B. Mahajan, lecturer, training college of Nursing, General hospital, Nashik for his technical advice, financial support, encouragement and valuable suggestions throughout the period of the study.

I would like to extend my appreciation to my family members whose constant encouragement and support has motivated me throughout the course of the study.