A REVIEW ON THE ROLE OF NATURAL REMEDIES IN PSORIASIS THERAPY

A REVIEW ON THE ROLE OF NATURAL REMEDIES IN PSORIASIS THERAPY

ABSTRACT: Psoriasis is a chronic inflammatory disease that affects about 1-2% population. It is caused by different factors, the most common cause being genetic predisposition. Other causes or factors that can trigger psoriasis include infection, physical trauma to the skin, stress and certain medication, for example, beta-blockers and antimalarials. People suffering from psoriasis are at a greater risk of developing psoriatic arthritis, anxiety, depression, and cardiovascular diseases. Psoriasis can affect the quality of life of the patients and can result in financial problems as repeated treatment is required. Nowadays, people now opt to make use of natural remedies alone or in conjunction with conventional therapy to improve their condition. In this review article, natural remedies that have proved to have antipsoriatic activity have been summarized. These natural sources can be a source of bioactive compounds that have a potential to treat and manage psoriasis.

INTRODUCTION: Psoriasis is a chronic inflammatory disease that is characterized by plaques of thickened, scaling skin. The dry flakes of skin scales result from the excessively rapid proliferation of skin cells. It is a T-lymphocyte mediated systemic inflammatory condition that occurs as a result of genetic and environmental influences 1. It affects a population of about 1-2% 2. The average onset of the condition is the third decade, and prevalence increases with age 3. In India, the incidence of psoriasis is 1.02%, and the prevalence of this is more prone in North India than on the south side of India.

They are different types of psoriasis, which include: plaque psoriasis, guttate psoriasis, pustular psoriasis (which can be localized or generalized) and erythrodemic psoriasis 4. Over 70 % of the patients have a genetic history indicating a hereditary factor of genetic predisposition. Other causes or precipitating factors include physical trauma to skin (for example sunburns and lacerations), infections (streptococcal pharyngitis and HIV infections, stress, and medication.

Psoriasis immune-mediated disease initiated with the burst of neutrophils and cytokines Like Interleukin -1 as well as IL-1α, IL-1β, and IL-36. Stress, smoking, trauma, microaorganism, and drugs are the other causes of psoriasis other than genetic factors. They are other comorbidities that are associated with psoriasis, which are psoriatic arthritis, diabetes, metabolic syndromes, multiple sclerosis, immune-mediated conditions like Crohn’s disease, and psychologic conditions such as anxiety and depression.

Treatment of psoriasis involves the management of the symptoms. Pharmacological treatment for psoriasis includes topical agents, phototherapy, and systemic therapy. Topical agents available include topical corticosteroids, emollients, keratolytic agents, for example, salicylic acid, Vitamin D analogs like calcipotriol, coat tar products, and anthralin. Phototherapy involves the use of either broadband or narrowband–UVB and also PUVA-(Psoralen Plus Ultraviolet Light Therapy), which a combination of ultraviolet A (UVA) light therapy and a psoralen medication. Systemic agents include systemic corticosteroids, biologic agents (e.g., infliximab and adalimumab), oral retinoids (e.g., Acitretin), and cytotoxic drugs (e.g., methotrexate and hydroxycarbamide). However, these are associated with a lot of side effects and compliance issues. For example, phototherapy may increase the risk of long term cutaneous malignancy, and also some systemic therapy are associated with cumulative toxicity methotrexate cause hepatoxicity and ciclosporin cause nephrotoxicity. Thus, the need for natural remedies with fewer side effects 5.

Natural remedies have played a role in the treatment and prevention of diseases. Natural medicines are obtained from different sources, which include: terrestrial plants, terrestrial microorganism, marine organisms, and terrestrial vertebrates, and invertebrates 6. Natural remedies have potential as an alternative treatment for psoriasis; therefore, this article reviews natural medicines with either preclinical or clinical data for the management of psoriasis.

Natural Remedies in Psoriasis: Medicinal plants are an essential part of traditional medicines. Plants are important as they provide a rich source for natural drug research and development 7. In developing countries a large number of people depend on traditional herbal medicine. Medicinal plants have different effects when used as which are: preventative and support to the official medicine and synergistic 8. These medicinal plants have a role in treatment of psoriasis as shown from the results of the studies that have been carried out.

Aloe vera Linnaeus: Aloe vera Linnaeus is a plant that belongs to the Liliaceae family. It is called Aloe barbadensis Miller. Aloe vera has been used in the treatment of different disorders of the skin for more than 2000 years. Choonhakam et al., compared the efficacy of topical Aloe vera and 0.1% triamacnolone acetonide in patients with mild to moderate plaque psoriasis. 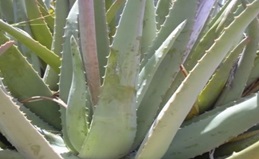 The study was a randomized, comparative double-blind clinical trial involving 80 patients. The patients were randomly assigned to receive either Aloe vera cream or 0.1% Triamacnolone acetonide cream. After 8 weeks of receiving treatment, the mean Psoriasis Area Severity Index (PASI) score was reduced from 11.6 to 3.9 in the Aloe vera cream group and 10.9 to 4.3 in the Triamacnolone acetonide cream group. 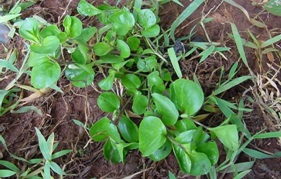 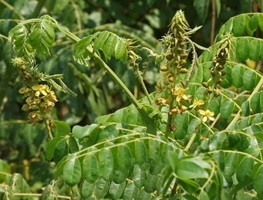 Curcumin: Curcumin is a naturally occurring phytochemical in Curcuma longa (Zingiberacea). It is commonly known as turmeric and used in the management of diseases which includes cancer, diabetes, cough, microbial infection, hepatic disorders, and inflammations 14 and evaluated the effects of curcumin on inflammatory factor secretion in T cells and psoriasis developed in keratin (K) 14-vascular endothelial growth factor transgenic mouse model. Curcumin inhibited the secretion of inflammatory factors in-vitro by 30-60%. 15 In-vivo psoriasis index and symptoms were improved in animals receiving oral curcumin as compared to the untreated animals. 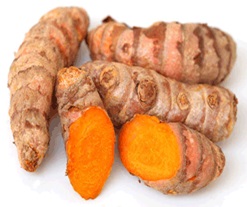 Levels of IL-22, IL-17, IL-2, IL-3, INF-alpha, and TNF-alpha had decreased in animals receiving curcumin and also cyclosporine. In another study, the author evaluated curcumin for its activity against imiquiomod induced psoriasis in BALB/c mice. The levels of cytokines were analyzed using Real time-PCR. The study showed that levels of IL-17A, IL-17F, IL-22, IL-1B, IL-6, and TNF-alpha cytokines had decreased. The study concluded that curcumin could, therefore, be used in the treatment of psoriasis 16.

Dillenia indica: Species from Dillenia genus have been used in traditional medicine to treat diabetes mellitus, fever, cough, cancer, and diarrhea 17. They evaluated the healing effect of Dillenia indica fruit extract standardized to betulinic acid on induced psoriasis like wounds on rats. Wound induction was done by irradiating the upper part of the tail. The aqueous ethanolic extract and ethyl acetate extract applied topically to the wounds. Clobetasol was used as the positive control, and the negative control was treated with ethanol and water topically. Complete healing occurred in the wound after 16 days for aqueous ethanolic extract group, 14 days for ethyl acetate extract group, and 12 days for clobetasol group. Para-keratosis was reduced by 25% in the group treated with aqueous ethanolic extract, 45% in the group receiving ethyl acetate extract, and 55% in the clobetasol treated group 18. 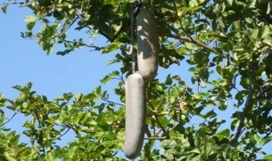 Magnolia officinalis: Magnolia has bioactive agents that include: honokiol, magnolol, and 4-methyhonokil. It has been reported to have anti-cancer, anti-stress, anti-anxiety, anti-inflammatory and anti-oxidant and studied the effects of Honokiol isolated from Magnolia officinalis to evaluate its antipsoriatic effects in K14-VEGF transgenic mice 21. The study found that the morphological and histological features were improved by the treatment with Honokiol (HK) cream. The creams showed good therapeutic efficacy in za dose-dependent manner, with HK 0.5% and 1.0% having better efficacy than the standard Tretinoin 0.025%. The expression of TNF-alpha and INF-alpha was reduced in a dose-dependent manner. The study concluded that Honokiol could be used in the treatment of psoriasis 22. 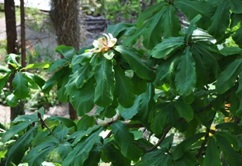 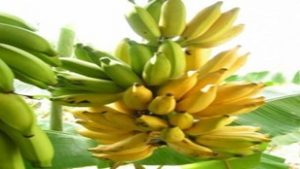 Nigella sativa: Nigella sativa belongs to the Ranunculaceace family and is commonly known as the black seed. The seeds and oil are used in the treatment of rheumatoid arthritis, asthma, inflammatory diseases, digestive diseases and diabetes 24. The antipsoriatic activity of Nigella sativa seeds by using mouse tail model for psoriasis and SRB assay using HaCaT human keratinocytes cell lines. The results of the in-vitro study using HaCaT cells showed that the ethanolic extract of Nigella sativa had an IC50 value of 239 µg/ml with good antiproliferant activity as compared to Asiatic side positive control with IC50 value of 20.13 µg/ml. In the mouse tail model, the ethanolic extract of Nigella sativa resulted in a significant epidermal differentiation with a degree of orthokeratosis of (71.36±2.6%), which was comparable to the standard 0.1% Tazarotene gel, which had (90.03±2.00%). The negative control had a degree of orthokeratosis of 17.03±4.09%. 25

Pongamia pinnata: Pongamia pinnata plant has a lot of traditional uses. The fruits and sprouts are used in the treatment of abdominal tumors; seeds are used in skin ailments, oil for treatment of rheumatism as a liniment, and juice of the leaves for colds, flatulence, and cough 26. The author studied whether the presence of aqueous extract of bark of P. pinnata in a commercial SUEX gel has an additional benefit in the treatment of psoriasis over a similar preparation by the manufacturer without the extract. It was evaluated in rats using the ultraviolet ray photo-dermatitis model. The irradiated skin was then treated with SUEX gel containing the aqueous extract of the bark of P. pinnata and also other animals were treated with Suex gel that did not have P. pinnata. The animals treated with suex gel that contained P. pinnata showed a significant decrease in total epidermal thickness, no movement of neutrophils, and retention of the stratum granulosum. This study concluded that the presence of aqueous bark extract of P. pinnata improved the efficacy of SUEX gel 27. 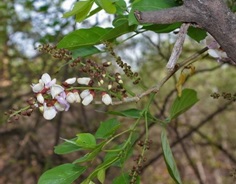 Psoralea corylifolia: Psoralia corylifolia has been widely used in the treatment of skin diseases such as leprosy, psoriasis, and leukoderma. The plant has pharmacological activity such as anti-inflammatory, antioxidant, and antimicrobial. The antipsoriatic activity of ethanolic extract of Psoralia corylifonia seeds 28. The antipsoriatic activity was studied by mouse tail method and sulphonamide B assay using HaCaT human keratinocyte cell lines. Tazarotene gel 0.1% was used as a standard in the mouse tail model of psoriasis. In the mouse tail method of Psoralia corylifonia seeds showed an overall antipsoriatic activity of 78.87%, which was comparable to the standard, which had 87.94%. Ethanolic extract was found to have antiprolferant activity of IC50 value of 255 µg/ml as compared to Asiaticoside (positive control) with IC50 value of 20.13µg/ml 29. 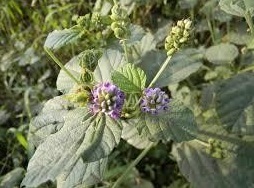 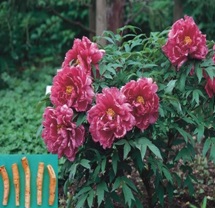 FIG. 13: PICTURE OF RADIX PAEONIA PLANT AND INSERT OF ROOT

Smilax: Vijayalakshmi et al., 31 assessed the antipsoriatic activity of Smilax china Linn. rhizome using the mouse tail method. Methanolic and ethyl acetate extract of S. china was administered at a dose of 100and 200 mg/kg body weight and compared with the standard which was receiving Retinol-A 0.05% and the normal group which was receiving saline. The percentage orthokeratotic value was calculated. In-vitro antiproliferant activity on HaCaT cell lines was also determined. The S. china rhizome extract had increased percentage orthokeratosis when compared to normal. In-vitro antiproliferant activity of ethylacetate fraction was found to be more potent than that of methanol extract with IC50 values of 68.75 µg/ml and 102.5 µg/ml, respectively. The study concluded that the rhizome S. china has anti-psoriatic activity. The effect of alstibin, which is a flavonoid extracted from the rhizome of Smilax glabra was studied. Psoriasis was induced in animals by imiquimod. The animals were administered alstibin orally and compared to the standard drug methotrexate. Alstibin was found to reduce TNF-alpha expression and decrease levels of interleukins: IL-17 andIL-10 32.

Wrightia tinctoria: The antipsoriatic activity of Wrightia tinctoria by mouse tail test was studied 35. The mice were divided into 3 groups. The normal group received water, the positive control group received Isotretinoic acid, and the extract-treated group received 200 mg/kg body weight. The degree of orthokeratosis was evaluated. The extract produced a significant degree of orthokeratosis, which was 70.18±1.92%, standard 57.43±5.13, and control 17.30±4.09%. Drug activity was assessed, and the extract had a drug activity of 63.94% as compared to Isotretinoic acid, which had 48.52%. The study concluded that the plant could be used in the treatment of psoriasis 35. 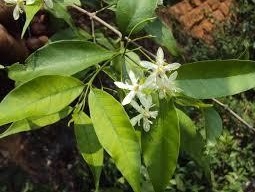 Probiotics: Probiotics are living organisms that have health benefits when administered to the host in a sufficient amount. Various bacterial and fungal strains are most commonly used in probiotic preparations.

TABLE 1: ALL THE PLANTS HAVING ANTIPSORIATIC ROLE WERE HIGHLIGHTED IN THIS TABLE

CONCLUSION: This review article will sure provide the key of the medicinal plants having psoriatic activity and also will encourage the researchers and clinicians working on Psoriasis to concentrate on the phytoconstituents responsible for combating this disease and reemergent health aid.