ABSTRACT: Drug-drug interactions (DDIs) are known for their potential to cause adverse clinical outcomes, rate of morbidity and mortality. An integrated approach to cognitive pharmaceutical care (CPS) would decrease the incidence of DDIs in hospitalized patients. This prospective interventional study was carried out among the inpatients admitted to a tertiary care multispecialty hospital in Chennai. A total of 749 drugs were accumulated from 100 in-patients. A perpetual continuous quality improvement (CQI) program was conducted to edify and train the healthcare staff on a weekly basis with counter-current data collection on DDIs. The results 645 DDIs in which 153 (23.72%) were major, 348 (53.95%) were moderate and 144 (22.32%) were minor. The CPS recommendations like dose adjustment, time of drug administration, alternate drug choice etc. were incorporated into the DDIs. The post CQI results depicted a gradual decrease in the prevalence of DDIs for a period of 3 months. This study revealed the pertinence of CPS in the management of potential DDIs. The need for structured, as well as integrated approaches guidelines, also was recommended.

INTRODUCTION: The events of occurrence DDIs are the potential to interfere with desired treatment outcomes 1. The circumstances for these events can be prescription errors, drug administration time, unnoticed or unreported side effects etc. non-compliances to current treatment results in treatment failure. Factors like polypharmacy, lack of cognizance, non-adherence and lack of coordination are additionally integrated-on 2.

The mechanisms behind DDIs can be pharmacokinetic; one of the four different phases of the body’s processing of medication: absorption, distribution, metabolism, elimination and pharmacodynamic 3, 4. Similarly, drugs metabolized more expeditious, lower bioavailability, carry the potential for interaction 5. Hence, the enzymatic metabolism pathways 6, cull of the substrate of a drag conveyor, protein induction pathways would be pertinent presages for DDIs 7.

The role of the pharmacist is to be transmuted 8, then simply dispense drugs even more. The influences of a pharmacist in therapeutic outcomes have been studied through many inspects. This qualitative outcome measure is called cognitive pharmaceutical care (CPS), cannot just avert therapeutic errors can ameliorate therapeutic outcomes set through 9. CPS incapacitates economic paybacks for both patients as well as regime through decremented hospitalization 10. The present study designed to evaluate the impact of CPS in the management of DDI among inpatients in a multispecialty hospital in India.

Study Design: This prospective interventional study was carried out among the in-patients admitted in a tertiary care multispecialty hospital in Chennai, Tamil Nadu for duration of 2 years and 8 months (32 months). A total of 749 drugs were accumulated from 100 in-patients enrolled from general medicine, cardiology, renal and endocrinology departments. The inclusion criteria were adults male and female of age 20-60 years who admitted with an anticipated length of hospital >5 days. The omission criteria were all outpatients, renal and hepatic impairment, patients admitted for surgery and/or post-surgical evaluation and chemotherapy received patients. The data sources were case report forms, mediation charts, laboratory reports and physical symptoms. Active interaction with assigned medicos, nurses and pharmacists was carried out in order to process the CPS.

Study Phases: The study was divided into 1) phase 1: assessment of DDIs, 2) implementation of CPS and 3) reassessment of DDIs after CPS. In Phase 1, the medication charts were reviewed for the probability as well as the possibility of drug interaction with particular patients. The genuine incidence of drug interaction was analyzed in terms of, given dose, administered time, pharmacokinetics variables like protein binding, half-life, Cmax, Tmax etc. The pharmacodynamic mechanism like synergism, additive, antagonism was additionally analyzed. The DDIs were categorized in to minor, moderate and major. This was done in Medscape drug interaction checker and micromedex®. In phase 2, in the implementation of CPS, the suggestions and recommendations were made. The factors considered for CPS were a change of dose, change of administration time, utilize with caution/monitor proximately, alternate drug and dosage modification. A perpetual continuous quality improvement (CQI) program has been initiated to engender cognizance on drug interaction, in fact, edify and train the healthcare staff including medicos and nurses. The concepts of CPS were withal incorporated with CQI.

The sessions were conducted every Saturday for up to one month. The feedback on each CQI program was amassed. In phase 3, when the CQI initiated, every Monday to Friday, the data accumulation was carried out to analyze the influence of CQI on the incidence of a drug interaction.

This period of 5 days was considered as ‘post-CQI-1’ and at every ‘post-CQI’ period, 70 cases were amassed to analyze active DDIs not less than 70 (i.e. >10% of total DDIs in pre-CQI). Another set of 70 cases were collected as a control group for which CPS was not provided. A total of 12 CQI programs were conducted for 3 months with counter-current data amassment 0f 10 post CQI periods were fine-tuned for data interpretation. At the cessation of 3rd month, the data amassment process, as well as CQI, was ceased.

Analysis and Interpretation: The accumulated data were subjected to analysis. The outcome was counted as a number of events of medication errors per period of time. The statistical method of paired sample‘t’ test was acclimated to ascertain the paramountcy of CPS at p<0.05 (95% confidence interval).

RESULTS: The method prosperously accumulated 100 cases from general medicine, cardiology, renal and endocrinology departments. of the 749 drugs prescribed, 645 (86.11%) potential DDIs were identified in Table 1. Further, evaluation of 645 potential DDIs found 23.72% (n-359) were major, 53.95% (n-348) were moderate and 22.32% (n-144) were minor as showed in Fig. 1. CPS intervention sued customs to determine the prevalence of DDIs among our hospital-dwelling population with medications regards to the mechanisms that DDIs process through; antagonism, synergism respectively Fig. 2. Out of the 100 cases composed of 749 prescribed drugs, the average number of drugs per patient was approximately 7.49 drugs per individual (poly prescribing). The investigation was further done to certain all-encompassing plot where the observed impacts of DDIs were looked at against foreseen impacts, as showed in Fig. 3. These anticipated impacts were dissected for 461 DDIs (71.47%) with intriguing hoped to watch impacts 184 (28.52%).

The CPS recommended modifications in the identified DDIs (n-645) respective to the dose adjustment, time of administration, selection of alternate drug, dosage regimen modification as appeared in Fig. 4. The rate of transformation was high (28.22%) in charge of drug administration time as it was conceived with pharmacokinetic contemplations. The natures of DDIs dissected consist of pharmacodynamic mechanisms that are customarily inferred by default when a vicissitude in clinical replication ostensibly. The possibilities for this could be reduced and shall be not reflected by the change of occurrence of pharmacokinetics through targeted vicissitude in drug administration time (28.22%) as showed in Fig. 4. The CPS recommendation further elongated to stop medication which was potentially deleterious (0.31%). The drugs to be used where no alternatives can be preferred were suggested to perpetuate; denominated as ‘use with caution and monitor’ was comparatively remarkable proportions 28.37%).

TABLE 1: DEMOGRAPHIC LANDSCAPES OF THE STUDY 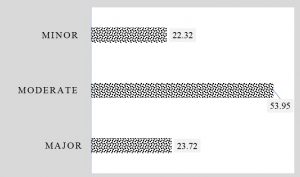 FIG. 1: THE CATEGORIES OF DDIS. VALUES EXPRESSED AS %

FIG. 2: THE TYPES OF DDIS MECHANISMS

The CPS recommendations were recorded weekly substructure and compiled to ‘post CQI 1’, ‘post CQI 2’ respectively up to ‘post CQI 10’. The values were statistically evaluated for the consequentiality in change over the ‘post-CQI’ periods. The vicissitudes of the prevalence of DDIs over the period of time through CPS were evaluated as showed in Table 2. The paramountcy was revealed by paired sample ‘t’ test was shown in Table 3. The number of DDIs (represented as minor, moderate and major) was observed to be reduced with quite ineluctable numbers in moderate DDIs. The statistical analysis showed a consequential reduction in the numbers of DDIs baseline obtained from the parent data out of 645 DDIs when compared up to the final follow up.

The control group (conventional care group) values were included as demonstration factor and independent comparison was carried out by unpaired sample‘t’ test. The values of the control group were not repetitively done as it was amassed at the commencement of CQI (i.e. afore post CQI-1). The vicissitude of values in each visit (as designated post-CQI) showed paramount reduction as the period of review proceeded until Post CQI 10. However, the CPS group showed an incremented number of DDIs some reviews was betokened a negative (-) value Table 3; represented the incrementation in number over the period of review (post-CQI). The comparison of values by paired sample‘t’ test showed paramountcy (p<0.05) among the quality of values within the group. This would denote a positive paradigm shift while an integrated CPS-CQI was implemented with a drug to a patient-centered approach.

DISCUSSION: This study described a multidisciplinary approach involving physicians, nurses, and clinical pharmacy services in terms of CPS. The contributions of CPS was tried to implement in therapeutic management. The clinical pharmacist recommended alternatives 11 to reduce the incidence of DDIs of daily-administered doses even though the implementation of CPS was difficult to adopt by the physicians. These potential DDIs were identified as a drug-related problem (DRP) 12 in the present study, concerning all instances of inappropriate drug use, resembled to other similar studies 13. The total number of drugs prescribed was 749 per 100 patients so the number of drugs prescribed per patient was approximately 7.49 either called poly-prescribing or polypharmacy. This could other potential factors behind DDIs in ICUs as well as inwards with a relatively larger count of drugs per prescription 14. Relatively number of DDIs was moderate (53.95%) showed high prevalence on the other side, the proportion of major DDIs was higher 23.72% than minor DDIs (22.32%) 13. The higher prevalence of major DDIs than minor could worsen the clinical interventions 14 and medical conditions of patients might discomfort for hospital stay 15 and treatment expenditures.

The CPS recommended different options to reduce the occurrence of DDIs as it was depicted in Fig. 4 where 28.37% of DDIs were found unavoidable or shall be ‘used with caution’ and ‘monitor closely’ demonstrated the limitations of management of drug interactions due to pharmacokinetic / pharmacodynamic features. This was really hard to authenticate that DDIs are sometimes cannot be managed even though it was believed to be harmful to treatment outcomes. When this was not possible, there would be a need for emergence for guidelines to manage DDIs in hospital settings in India. The CPS was demonstrated by several community pharmacy studies, showed their positive impact 16 in the optimization of clinical outcomes. However, the certain be speakers for the impact of DDIs to be designed for prevalent medical practice through subsequent reviews and meta-analysis as endorsed earlier 17. CPS withal intended its consequentiality in concerns of sodalities between poly prescribing and DDIs consequently in clinical investigations 18 with the incorporation of pharmacokinetic-pharmacodynamic variants.

CONCLUSION: This study revealed the pertinence of CPS in the management of potential DDIs in a structured as well as integrated approaches. This empathizes the desideratum of proactive implementations of CPS suggestions carried out into the cognizance of the clinical team for its exceptionally practice-oriented edification program called CQI. The prevalence of clinically observed DDIs to be adequately minimized with outcome-oriented CQI programs, indeed requisites for active guidelines are withal to be structured.

ACKNOWLEGEMENT: The authors are highly thankful to the Ratnam Institute of Pharmacy and Hospital management for providing all the possible facilities to carry out the work.