Objective: To analyse and compare pattern of pre anaesthetic medication use in various surgical specialties.

Methodology: Data was collected retrospectively from inpatient records of major surgeries in the Department of Surgery, Orthopaedics, Neurosurgery, Paediatric Surgery, Obstetrics and Gynaecology, Plastic surgery, Urology and Vascular Surgery at M.S. Ramaiah Hospitals, during the period of January 2012 to June 2012. Descriptive analysis was used to analyse the data .SPSS version 19 was used for analysis of data.

Results: 752 pre anaesthetic records were analysed, the most frequently used pre anaesthetic medications, in the order of frequency among antianxiety drug is alprazolam (15.6%),followed by midazolam (7.6%),among opioid analgesics fentanyl (5.9%) followed by sufentanyl (0.1%),among antiemetic drugs  ondansetron (57.3%),followed by ramosetron (22.8%) and metoclopromide (18.8%) , among gastro protective  pantoprazole (74.6%),followed by ranitidine (11.9%), rabeprazole (8.3%),esomeprazole (2.9%) and glycopyrrolate was the only anticholinergic used .

Conclusion: Our study gives an insight into the current practice pattern of anaesthetists for pre medication in various surgical specialties in a tertiary care hospital. . It also points out areas of potential drug interactions and the need for a practice protocol for the choice of pre anaesthetic medications, its dosing and timing of administration.

INTRODUCTION:The preoperative period is a stressful experience for majority of the patients undergoing surgery 1.

Historically the rationale for preoperative medication arose from the need to minimize the side effects of anaesthetics.

However, in the current practice the major objective of pre anaesthetic medication is to ensure comfort of the patient and make the experience of anaesthesia and surgery less traumatic and minimize the associated side effects 2.

Yet literature on the current pattern of use of premedication is not well documented and limited to few British and American Surveys 3.

Studying the pattern of use gives an insight into the current practice of anaesthetists and help in recognizing areas of improvement 3. The primary objective is to analyse and compare pattern of use of pre anaesthetic medication in various surgical specialities.

METHODOLOGY: Data was collected retrospectively from inpatient records of those who have undergone major surgeries in the Department of Surgery, Orthopaedics, Neurosurgery, Paediatric Surgery, Obstetrics and Gynaecology, Plastic surgery, Urology and Vascular Surgery at M.S. Ramaiah Hospitals, during the period of January 2012 to June 2012.

A predesigned proforma was used for each record to collect data on the type of pre anaesthetic medication, dosage, time of administration.

Sample Size: Sample size was estimated based on previous study conducted by Leevetal et al which describes the pattern of premedication in the United States.

Statistical Analysis: Descriptive analysis was used to analyse the data .SPSS version 19 was used for analysis of data. Qualitative variables were expressed as a percentage.

Anxiolytic Medication: Alprazolam (15.6%) was the most commonly used by anaesthetists followed by midazolam (7.6%) and 76.8% did not receive any medication.

Among the eight surgical departments surveyed, the anxiolytics were most extensively used by Paediatric surgery, orthopaedics, general surgery and OB & G (Table 3). 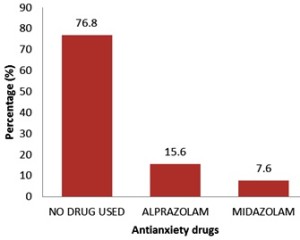 TABLE 3: PATTERN OF USE OF ANXIOLYTICS PREOPERATIVELY IN VARIOUS SURGICAL SPECIALITIES

In our survey, only 3 departments used opioids prior to induction, among them the highest use was noted in plastic surgery followed by orthopaedics and general surgery (Table 4). 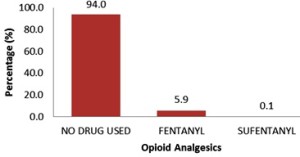 TABLE 4: PATTERN OF USE OF OPIOID ANALGESICS PREOPERATIVELY IN VARIOUS SURGICAL SPECIALTIES

Antiemetics: The most commonly used antiemetic was ondansetron (57.3%) followed by ramosetron (22.8%) and metoclopramide (18.8%) [fig. 3]. Antiemetics were given preoperatively to all surgical patients, except in 1.1 % who underwent DJ stenting under spinal anaesthesia. The pattern of use of each drug in various surgical departments is represented in Table 5.

TABLE 5: PATTERN OF USE OF ANTIEMETICS POSTOPERATIVELY IN VARIOUS SURGICAL SPECIALTIES

Gastro protective: It is routine practice to prescribe an antacid prior to induction to decrease the volume of gastric acid and the pH and also to prevent aspiration, the most commonly prescribed was Pantoprazole (74.6%) followed by ranitidine (11.9%), rabeprazole (8.3%) and esomeprazole (2.9%). The pattern of uses of these individual drugs is depicted in Table 6.

TABLE 6: PATTERN OF USE OF GASTROPROTECTIVE DRUGS IN VARIOUS SURGICAL SPECIALTIES

DISCUSSION: From our audit of pre anaesthetic medication in various surgical specialities we found that there is a great variability in utilization of these drugs among the different departments.

Premedication for anxiolysis is important in children and the elderly and has importance in emergence agitation in these groups of patients 4. In the present study we found that Oral alprazolam was the most commonly used followed by IV midazolam and was extensively used in Paediatric surgery, General surgery, Orthopaedics and Obstetrics and gynaecology. This pattern of utilization correlates with the fact that the patients of the above departments are children, women and patients of trauma, who have an increased incidence of anxiety states prior to elective surgery and anaesthesia . These findings differ from the study of Zeev N. Kain et al where the most commonly used anixiolytic is IV midazolam 3.

Alprazolam as well as Midazolam have a additive effect with intravenous anaesthetics (propofol, fentanyl) and could prolong the sedative effects after surgery 5, 6. Therefore a dose reduction of pre-operative alprazolam should be considered.

Preoperative opioid analgesics were used in only 3 departments; they were most extensively used in Plastic surgery followed by orthopaedics and surgery. Fentanyl was most commonly used; only one patient was given sufentanyl. These findings were similar to previous studies where fentanyl was the most common opioid analgesic used 2, 3. The additive sedative effects of fentanyl and iv general anaesthetics warrants a dose reduction of fentanyl preoperatively.

In our study IM Glycopyrrolate was the only anticholinergic used in all patients who underwent  general anaesthesia  when compared  to Zeev N  and R K Mirakur et al where Atropine was the most commonly  used 2, 3. Glycopyrolate being a quaternary amine, it is less likely to cause adverse CNS effects when compared to atropine. It  has a lesser incidence of cardiac arrhythmias 7, 8 and has a specific effect of decreasing airway secretions ,therefore it is the most preferred anticholinergic in current practice.

Among the antiemetic drugs, ondansetron was most commonly used followed by ramosetron and metroclopramide. A study by Y. Fuji et al shows that antiserotonins (ondansetron, granisetron, ramosetron) are more effective in prophylaxis of PONV than traditional antiemetics (metoclopramide, droperidol) for 24 hours post-surgery 9. A meta-analysis by T Mihara shows that ramonsetron is superior to ondansetron for preventing PONV 10.This could explain the pattern of usage of antiemetics .

Pantoprazole was the most commonly used followed by ranitidine, rabeprazole and esomeprazole. The findings of the present study are contradictory  to a meta-analysis by Clark K et al, which is of the opinion  that H2 blockers are more effective in reducing the gastric volume and pH compared to a proton pump inhibitor (PPI), therefore prevent aspiration to a greater extent 11.

Some of the strengths of our study include a broad view of the current practice of premedication in a tertiary hospital of south India and our sample size of 752 cases had a power 80 %. Some of the limitations in the present study are that it was a retrospective study with data that was collected from patient records, so we could not evaluate postoperative endpoints. Our data represents the urban population of Bangalore and may not correspond to the anaesthetic practices of the rural areas of South India.

Studies of potential drug interactions of pre anaesthetic medications with the intravenous agents used for anaesthesia and the effect of such interactions on postoperative outcomes (PONV, duration of post-operative sedation, analgesia, dryness of the mouth, emergent anxiety states) needs to be looked into, so that definitive practice protocol can be made for the choice of pre anaesthetic medications, its dosing and timing of administration.

CONCLUSION: Our study gives an insight into the current practice pattern of anaesthetists for pre medication in various surgical specialities in a tertiary care hospital. It also points out areas of potential drug interactions and the need for a practice protocol for the choice of pre anaesthetic medications, its dosing and timing of administration.