Categories Menu
Home » A VALIDATED HPLC METHOD FOR THE DETERMINATION OF BETULIN IN THE STEM BARK OF TECTONA GRANDIS LINN.

A VALIDATED HPLC METHOD FOR THE DETERMINATION OF BETULIN IN THE STEM BARK OF TECTONA GRANDIS LINN.

A VALIDATED HPLC METHOD FOR THE DETERMINATION OF BETULIN IN THE STEM BARK OF TECTONA GRANDIS LINN.

ABSTRACT:  Betulin, a known pentacyclic tri-terpenoid, possessing diverse pharmacological properties was determined using HPLC in stem bark methanol extract of Tectona grandis Linn. distributed in greater part of India. Furthermore, Tectona grandis Linn. is used traditionally in treatment of bronchitis, dysentery, headache, leukoderma, leprosy and constipation. The present study was aimed to validate HPLC method for the determination of betulin in Tectona grandis Linn. (bark). The chromatographic separation was achieved using Waters HPLC instrument, reverse phase Hypersil C18 column (250 mm) under isocratic elution of acetonitrile-water 85:15 (v/v) with a flow rate of 1.0mL min ˉ¹ and the run time was set at 15 min. The detection was done at 210 nm and the column temperature was maintained at 25⁰ C. The method was linear for betulin over the concentration range of 28.42- 53.99 ppm (R² = 0.9974) in Tectona grandis Linn. (bark). The quantification of betulin in methanol extract of Tectona grandis Linn. was validated in terms of system precision, method precision, linearity, recovery, robustness, ruggedness, LOD and LOQ according to ICH guidelines. The % RSD values were found to be in an acceptable range as per ICH guidelines

INTRODUCTION: Tectona grandis Linn.  (Verbenaceae), is known as teak, distributed in south and southeast Asia and is found in greater part of India. It is popularly cultivated for its commercial wood due to its beautiful surface and its resistance to termite and fungal damage 1. It is a tall, branched, deciduous tree with large leaves, possessing good pharmacological properties. Traditionally, the bark of this plant is used to treat bronchitis, dysentery, headache, leukoderma, leprosy and constipation 2.

Betulin, lup-20(29)-ene-3β,28-diol, is a pentacyclic triterpene alcohol with a lupane skeleton, is abundantly found in its free form in the outer bark of white birch 3. The preparations based on lupane series are used in the treatment of many diseases and this is linked to betulin which is used as such or it is transformed to betulinic acid, its biologically more active derivative. Betulin and betulinic acid was also simultaneously determined in white birch bark using RP-HPLC 4.

Betulin which is the main component of the extract of birch bark exhibit choleretic, liver-protecting, wound healing, cholesterol lowering action and anti-inflammatory activity. Plants extract containing lupeol, betulin and betulinic acid is known to possess anti-tumour property 5. Several analytical methods have been developed for the determination of betulin in various plants. Banerjee et al., simultaneously determined betulin, lupeol, stigmasterol in Asteracanthalongifolianees. According to the literature surveyed, it is revealed that there is no systematic documentation available for the validation of betulin in the bark of Tectona grandis Linn. Therefore, the present study was aimed to develop a novel method for the determination of betulin using validated HPLC technique in Tectona grandis Linn. (bark).

The HPLC (Waters, Alliance 2695) consisting of a 100 µl injector (Alliance), waters reciprocating pump, 4 line in-line alliance degasser and 2998 PDA detector with Empower2 integration software (Waters Corporation) was used for the analysis. The chromatographic separation was achieved using reverse phase Hypersil C18 column (250 mm) under isocratic elution of acetonitrile-water 85:15 (v/v) with a flow rate of 1.0mL min ˉ¹ and the run time was set at 30 min. The detection wavelength was set at 210 nm and the injection volume was set at 20µl. All chromatographic operations were carried out at ambient temperature. Column temperature was maintained at 25⁰C. The chromatographic peaks of betulin in solvent extracts were confirmed by comparing their retention time and UV spectra with betulin standard. The experiment was performed in the month of September 2015 in the analytical lab of Dabur, DRDC, Ghaziabad (U.P), India.

Tectona grandis Linn. (bark) was collected from the environmental park of Patiala, Punjab, India in the month of September 2015, and the sample was authenticated (voucher specimen no: PUN-59201) from the Department of Botany, Punjabi University, Patiala (Punjab), India.

Accurately weighed equivalent to 4 g of solvent free coarse powder of Plant material, refluxed with 30 ml of methanol for 1 hour and repeated for twice. The filtrates were combined and dried under reduced pressure. The dried extract was dissolved in methanol and volume was made up to 25 ml using volumetric flask. The concentration of betulin in Tectona grandis (bark) extract was 40.276 ppm. The volumetric flasks were tightly capped and stored at ambient temperature.

Zhao et al., determined betulin and betulinic acid simultaneously in white birch bark using RP-HPLC using reverse phase C18 column with acetonitrile-water 86:14 (v/v) at 210 nm. According to Zhao et al., acetonitrile was selected as a solvent system in order to minimize background noise and to improve detection limit. In our study, different ratios of acetonitrile-water were tried for the separation of betulin but acetonitrile-water 85:15 (v/v) was found to be the best for the separation of betulin in Tectona grandis Linn. (bark) using reverse phase Hypersil C18 (250mm) column at a flow rate of 1.0 ml/min. It was observed that betulin showed best peak resolutions at 210 nm using PDA detector. It can be seen from Fig.1(a) and (b) that good separation can be achieved within 15 min using the described conditions as retention time of betulin in standard and sample solution was 10.780 and 10.768 mins respectively.

FIG.1: REPRESENTATIVE CHROMATOGRAMS OF BETULIN DETECTED AT 210 nm: (A) BETULIN IN STANDARD SOLUTION AND (B) BETULIN IN METHANOL EXTRACT OF TECTONA GRANDIS LINN. (BARK)

Repeatability of sample application and measurement of peak area were analyzed using six replicates of standard and expressed in terms of % Relative Standard Deviation (%RSD). The %RSD in system precision was 0.88 which indicated an acceptable level of precision for analytical system.

Six replicates of a single batch of raw material were prepared and analyzed using proposed method. Average area of the peak of betulin in each replicate was noted, content of the betulin (%w/w) in each sample was noted when compared to betulin standard. The average area of standard betulin was 386591.7. The %RSD of betulin in Tectona grandis samples was 1.77% indicating that the method has an acceptable level of precision.

Linearity: Linearity response of betulin indicated that the response was linear over the specified range. The stock solution was prepared by dissolving 17.76 mg of betulin in methanol and making the volume up to 25 ml. Dilutions were prepared by adding 1ml to 1.9 ml of stock solution to volumetric flask and making  volume up to 25 ml using methanol as shown in Table 1. The y-value (8747.8x+578.89) and the values of the regression coefficients (R²=0.9974) confirmed the linearity of the method as shown in Fig. 2. The quantification of betulin undertaken was proved to be simple, sensitive and reproducible. 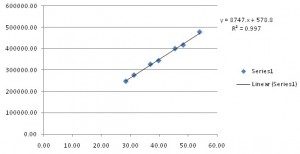 TABLE 1: DILUTIONS FOR THE LINEARITY PLOT IN TECTONA GRANDIS (BARK)

The result displayed in Table 2 indicate that the used method allowed a recovery of betulin between 94.23-96.31%, confirming that both accuracy and recovery were satisfactory.

The robustness of an analytical procedure is a measure of its capacity to remain unaffected by small, but deliberate variations in method parameters, proving its reliability during normal usage. For determination of method robustness, a number of chromatographic parameters, for e.g., flow rate, column temperature, detection wavelength and mobile phase composition were varied within a realistic range and quantitative influence of the variables were determined in % RSD as shown in Table 3. %RSD of parameters after variations were found to be acceptable range.

TABLE 3: The %RSD OF RESPECTIVE PARAMETERS IN ROBUSTNESS STUDIES

To have an idea about the ruggedness, it is recommended to introduce deliberate variations to the method, such as different days, analysts, instruments, reagents, variations in sample preparation or sample material used. Changes were made separately and the effect of each set of experimental conditions were evaluated with respect to precision and trueness. The samples were subjected to different instrument, analyst and column of different company was used. The %RSD of betulin in for ruggedness was 5.12.

TABLE 4: THE LOD AND LOQ STUDIES OF BETULIN IN TECTONA GRANDISLINN. (BARK):

DECLARATION OF INTEREST: The authors report no declarations of interest. The authors alone are responsible for the content and writing of the paper.