The acute and subchronic toxicities of Nigerian polyherbal antidiabetic remedy, prepared from Gongrenema latifolium and Allium cepa (1:1) leaves was investigated in Swiss albino mice and rats of both sexes. For acute toxicity study, 1000-5000mg/kg of the combined extract were administered orally to rats and observed for 24 hours for obvious toxic symptoms and mortality. The median lethal dose of the combined extract (LD50) was estimated. In subchronic study, 1000-4000mg/kg of the combined extracts were orally administered daily for 90 days. Weight changes and selected biochemical and hematological parameters were determined periodically. At the end of the experiment, the liver tissues were harvested for histopathological examination. The estimated LD50 of the combined extracts was above 5000mg/kg. There was no sign of weakness, anorexia and no significant reduction in body weight. There were non- significant (p>0.05) effects on hemoglobin concentration and PCV. There were transient significant (p<0.05) increases in ALT and AST. Liver cells photomicrographs at the 91st day showed slight changes in histo-architecture of the hepatocytes at 4000mg/kg. These results suggest that combined aqueous extracts of Gongrenema latifolium and Allium cepa  (1:1) is safe in the treatment of diabetes mellitus.

INTRODUCTION: The use of medicinal plants in the treatment of variety of ailments is widely practiced throughout the world 1, 2. About eighty percent of the world population rely on herbal medicine for treatment of various diseases 3, 4.

Polyherbal therapy the combination of two or more plant products can be used to treat more than one disease condition 5. Herbal medicine practitioner, use combination of different plant products to treat diabetes mellitus 6. Studies have shown that poly-herbal therapy have pharmacological agents that produce enhanced therapeutic efficacy with minimal side effects 7. Most of these herbal recepies are used to treat various ailments over a period. Studies have shown that prolonged use of herbal medicine is associated with toxic effects 8, 9.

Gongrenema latifolium Benth, (Asclapiadaceae) called “utazi” in the South Eastern part of Nigeria possess hypoglycemic activity 10, 11 and so used in the treatment of diabetes mellitus.

It also possesses hypotensive, hypolipidermic 12, 13, 14, antioxidant 10, 13 and anti-inflammatory activities 15. Also Allium cepa Linn (Liliaceae)known as onion is grown in the Northern Nigeria. It has been shown to possess antioxidant 16, hypoglycemic 17 and hypo-lipidemic properties 18. In the rural communities of the South East of Nigeria, the combined aqueous leaf decoctions of Gongrenema latifolium and Allium cepa in different proportions are popular among traditional healers in the management of type II diabetes.

Plant Materials: Leaves of Gongronema latifolium and bulbs of Allium cepa were collected from local market in Onitsha, Anambra state, Nigeria, during the month of February 2011. These plant materials were authenticated by a taxonomist, Mr. Alfred Ozioko of Bioresource Development and Conservation Project, Nsukka, Enugu State, Nigeria at the department of Botany, Nnamdi Azikiwe university, Awka.

Preparation of Aqueous Extracts: Dried leaves of Gongronema latifolium and bulbs of Allium cepa were reduced to coarse powder using domestic grinder.The dried powder of the plant materials (500g each) were separately macerated with 2 litres of distilled water for one hour.The mixtures were filtered cold through muslin cloth. Filterates were concentrated and dried using freeze drier to yield constant weights of 48.9g and 38.40g respectively.The extracts were stored till further use. During administration, the crude extracts were redissolved in normal saline.

Acute Toxicity (LD50): Thirty albino mice were divided into six groups of 5 mice per group after overnight fasting. Mice in groups 1-5 received oral doses of the combined aqueous extracts of Gongronema latifolium and Allium cepa (in the ratio of 1:1) at 2000, 3000, 4000, 5000 and 6000mg/kg. Mice in group 6 received normal saline. The animals were observed for 24 hours for obvious toxic symptoms and mortality.

The median lethal dose of the combine extract (LD50) was estimated using up and down method 19.

At the 91st day, blood was collected from the retro-orbital puncture into two tubes, one with the anticoagulant ethylenediamine-tetraacetate (EDTA), and the other without the anticoagulant additive. The blood without the anticoagulant was allowed to clot before centrifugation (4000 rpm for 10 minutes) to obtain the serum which was analyzed for biochemical parameters: blood urea nitrogen (BUN) 20, alanine aminotransferase (ALT) and aspartate amino-transferase (AST) 21. The anticoagulated blood was analyzed immediately for hematological parameters: packed cell volume (PCV) and hemoglobin concentration (Hb) 22. At the end of the experiment, the liver and kidney tissues were harvested for histopathological examination.

Statistical Analysis: Significant difference between the control and experimental groups of animals were assessed by student’s t-test using SPSS statistical program. All data were expressed as Mean±SEM. P values< 0.05 were considered significant.

RESULTS AND DISCUSSION: No death was recorded in the acute toxicity testing for all the animals that received 1000-6000 mg/kg of the combined extracts. No sign of weakness or anorexia was observed within 24 hours of post-administration and there was no significant (P>0.05) change in the body weight of the animals (Table 1) during the sub-chronic administration of the poly-herbal mixture. Allium cepa have been reported to produce heamolytic anemia in some animal species like sheep 23 and dog 24 owing to their high content of organosulfoxides which are metabolized to highly reactive oxidants 25.

However, the combined extract of A. cepa and G. latifolium did not produce signigicant decrease (p>0.05) in heamoglobin (Table 2) and PCV (Table 3). The non elevation of these heamatological parameters might be as a result of anti-lipid peroxidative 26 and free redical scarvenging activities 27 of G. latifolium which might have annulled the heamolitic ability of A. cepa. The non signigicant effects on these heamatological parameters indicates the unlikelihood of the polyherbal remedy to cause anemia 22.

G. latifolium have been reported to have hepatoprotective activity 28. The combined extract however produced significant (p<0.05) increase in ALT at 2000-4000 mg/kg at the 31st day and at 2000 mg/kg in the 61st day (Table 5). Also a signigicant increase in AST at 2000 mg/kg at the 91st day was recorded (Table 4). Increased serum ALT and AST reflect major liver permeability, congestion or cell rupture 5.

The significant elevation noted for AST and ALT were transient. However, photomicrograph of liver at 4000 mg/kg at the 91st day of dosing of the polyherbal remedy indicates slight changes in the histo- architecture of the hepatocytes (Fig. 4). The gram equivalent of 4000 mg/kg in an average adult man would translate to 280,000mg/kg dose of the poly-herbal remedy. This is a very high value and makes the preparation safe for use. There was non significant (p>0.05) elevation of serum blood urea nitrogen (BUN) (Table 6), an indication that the polyherbal remedy is unlikely to cause kidney damage 29. 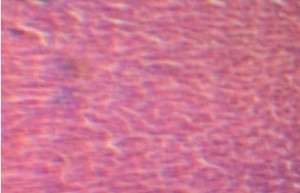 FIGURE 1: HISTOLOGICAL SECTION OF THE LIVER THAT SERVED AS CONTROL SHOWING NO HEPATIC INJURY 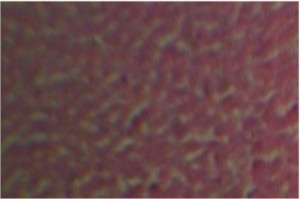 FIGURE 2: HISTOLOGICAL SECTION OF THE LIVER AT DOSE 1000mg/kg FOR THE 3RD MONTH SHOWING NO DAMAGE TO THE LIVER 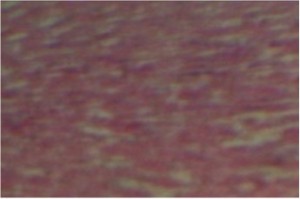 FIGURE 3: HISTOLOGICAL SECTION OF THE LIVER AT DOSE 2000mg/kg FOR THE 3RD   MONTH SHOWING NO DAMAGE TO THE LIVER. 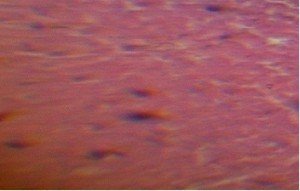 CONCLUSION: Based on the findings from the acute and sub-chronic toxicity of the combined extract of A. cepa and G. latifolium; their use as a polyherbal antidiabetics remedy is encouraged however, other toxicological parameters need to be evaluated to ascertain their overall toxicological status.