Categories Menu
Home » AN EVALUATION OF THE ANTIOXIDANT PROPERTIES OF SOME OIL YIELDING LAMIACEOUS PLANTS FROM MORNI HILLS (HARYANA, INDIA)

AN EVALUATION OF THE ANTIOXIDANT PROPERTIES OF SOME OIL YIELDING LAMIACEOUS PLANTS FROM MORNI HILLS (HARYANA, INDIA)

AN EVALUATION OF THE ANTIOXIDANT PROPERTIES OF SOME OIL YIELDING LAMIACEOUS PLANTS FROM MORNI HILLS (HARYANA, INDIA)

ABSTRACT:  The present study was conducted to explore the antioxidant and radical scavenging activities of essential oil extracted from the leaves of plants of family Lamiaceae from Morni hills in the north-eastern part of the state of Haryana, India. Ten plants- Hyptis suaveolens, Mentha longifolia, M. pulegium, Ocimum basilicum, Plectranthus incanus, P. striatus, Pogostemon benghalensis, Rabdosia rugosa, Salvia plebeia and Scutellaria angulosa- of the family Lamiaceae were explored from the area and the essential oil from their leaves was extracted. The maximum oil yield was found in leaves of O. basilicum, while the oil yield was the minimum in leaves of P. incanus. The density of oil was found to be the maximum in H. suaveolens, while it was the minimum in P. incanus and S. angulosa. The essential oils of all the plants exhibited DPPH radical scavenging activity; however, it was best exhibited by S. angulosa (with least IC50 value) in comparison to standard butylated hydroxytoluene (BHT). Further, the oil also exhibited total antioxidant activity, which was found to be the greatest in H. suaveolens, O. basilicum and P. benghalensis (with lesser IC50 values compared to standard ascorbic acid). The study concludes that Morni hills ecosystem has a rich diversity of Lamiaceous plants that possess a good antioxidant /radical scavenging activity that is worth exploiting in future.

INTRODUCTION: Human body is exposed to various environmental stresses like pollution, smoke or radiations that may trigger the generation of various free radicals like reactive oxygen species or nitrogen based free radicals causing significant cellular damage. Antioxidants are thus required to scavenge these harmful free radicals and protect living organisms from their undesirable toxic effects like diseases and accelerated ageing. Normally, the antioxidants are produced within the body as a part of normal metabolism; yet, these are sometimes insufficient to scavenge enhanced free radicals generated under external stresses

Thus, these have to be supplied externally through food or medicines. Most external sources of antioxidants are synthetic like butylated hydroxytoluene (BHT) and may have their own side effects. Plant based natural chemicals as antioxidants are catching the attention worldwide for being environmentally safer and without any toxicity of their own. In this regard, essential oils, the volatile oily liquids, have been the focus of current research since these also serve as functional ingredients of food 1, 2. The members of the plant families, Asteraceae, Lamiaceae, Rutaceae, and Myrtaceae, are the rich source of essential oils; however, the family Lamiaceae is the most important source.

Family Lamiaceae– one of the widespread families of flowering plants- is represented by ~ 240 genera over 6000 species 3, 4. It comprises mostly of aromatic plants that serve as the source of volatile essential oil. The plants of the family occur in most tropical, sub-tropical and temperate regions of the world, especially the Mediterranean regions. The family serves as a source of culinary herbs, medicine and commercially important oil 5. Many plants of the family are grown in gardens or parks for their aesthetic value, while a few occur as weeds. The family also includes some commercially important trees like teak in its extended version 4.

The family is an important source of essential oils that find extensive use in food, fragrance and pharmaceutical industries. Besides, the oils also possess various useful properties like anti-inflammatory, antimicrobial or antiseptic etc. 6, 7, 8. Of late, their use as the natural antioxidants is also being explored 1.

The present work therefore aimed to explore the essential oil from several wild plants of family Lamiaceae from Morni hills (Haryana) and their antioxidant potential. Morni hills, the study site, were selected on the basis of the wealth of wild flora it harbours. Though, there are some scanty reports on the vegetation of Morni hills 9,10, yet detailed information regarding the utility of its flora, particularly with regards to the essential oil from aromatic plants, is lacking.

About the study site:

The present study was conducted at Morni hills (30° 35′ to 34° 45′N and 70° 00′ to 75° 15′ E), the only hill station in the state of Haryana, and is about 35 km from Chandigarh. The study area has an altitudinal range of 1550 to 3600 feet above sea level and is bordered in the north by Shivalik (outer Himalaya) and in south by plains of Haryana state. The climate of Morni Hills is generally sub-tropical to and characterized by diversity of flora and fauna 10.

Extraction of the essential oils:

The essential oil was extracted from the chopped leaves of the plants by hydro-distillation using Clevenger’s apparatus. Nearly two kg of freshly collected leaves were mixed with 2 L of water. The mixture was boiled for 3 h and oil was collected from the nozzle of the condenser. The essential oil so obtained was dried over anhydrous sodium sulphate and stored at 4◦C until tested. Different concentrations (50, 100, 200 and 400 µg/ml) of the oil were prepared for the determining its antioxidant properties.

DPPH scavenging activity was determined as per the method of Bozin et al. 7. This assay is based on the reduction of methanolic solution of colored free radical DPPH by any free radical scavenger. For the test, 200 µl sample solution of  different concentrations (50, 100, 200 and 400 µg/ml) of oil was taken in test tubes and 3 ml of 0.01mM alcoholic DPPH solution was added. A parallel blank and a positive control (BHT) were also maintained. The samples were incubated in dark. The absorbance of the yellow coloured solution so developed was measured at 517 nm. The decrease in absorbance of the samples with increasing concentration indicated DPPH scavenging activity of the oil. The activity oil was calculated as per Singh et al. 11 and expressed as IC50 (Concentration of oil at which the activity was measured to be 50%).

The total antioxidant capacity of the essential oil was measured as per the method of Prieto et al. 12 using phospho-molybdenum. Briefly, 1 ml of reagent solution (6 M sulphuric acid, 28 mM sodium phosphate and 4 mM ammonium molybdate) was added to the 0.1 ml of essential oil. The reaction mixture was incubated at 95°C for 90 min. The absorbance of the solution was measured at 695 nm. The antioxidant capacity of extract was expressed as IC50.

Ten plants of the family Lamiaceae were collected and identified from different locations of the Morni hills. Hyptis suaveolens, commonly known as bush mint or vilayati tulsi, was located from the roadsides and forest margins. The oil extracted from the leaves was clear with strong aroma and its density was calculated to be 0.98 g/ml. The yield of the oil was measured to be 2.00±0.05 ml/kg on fresh weight basis (Table 1). Mentha longifolia, commonly known as horse mint, was collected from the sides of the river passing through the region. The leaves of the plant possessed peppermint like aroma and yielded ~ 3.00 ml oil/kg with a density of 0.92 g/ml (Table 1). Another species of Mentha, M. pulegium, commonly known as pennyroyal or squaw mint, was also collected from the area growing near the river.

The plant has been reported to be the smallest of all the mints and had spearmint like fragrance. The oil yield was measured to be ~2.50 ml/kg whereas its density was 0.93g/ml. Another plant of the family Ocimum basilicum or sweet basil was collected from sides of the hilly tract with moist soil. The leaves of O. basilicum yielded 3.50 ml/kg oil with a density of 0.96 g/ml. Two species of Genus Plectranthus, P. incanus, commonly known as soft-stem mint, and P. striatus, commonly known as crested flower isodon, were collected from the damp shady places near the forest areas. The leaves of P. incanus yielded ~0.5 ml/kg oil, whereas those from P. striatus yielded ~ 1.0 ml/kg oil (Table 1). 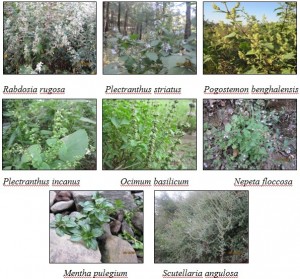 FIGURE 1: PHOTOS OF THE SELECTED LAMIACEOUS PLANTS OF THE MORNI HILLS, HARYANA, INDIA.

The density of oil from P. incanus was lesser than that of P. striatus (Table 1). Pogostemon benghalensis, common name of patchouli, was another plant of family Lamiaceae that commonly occurred along roadsides or in the open areas. The yield of oil extracted from the leaves was 1.20 ml/kg while the density was calculated to be 0.89 g/ml (Table 1). Rabsosia rugosa, commonly known as wrinkled-leaf isodon, was collected from the rock slopes and exhibited shrubby nature. The yield of the oil was 0.80 ml/kg, whereas the density was 0.87 g/ml (Table 1).

TABLE 1: LIST OF PLANTS OF FAMILY LAMIACEAE, THEIR COMMON ENGLISH NAMES, HABIT AND HABITAT, PLACE AND DATE OF COLLECTION, AND THE AMOUNT AND DENSITY OF OIL.

found growing near the roads or slopes of mountains. The oil yield and density from S. angulosa were measured to be 0.90 ml/kg and 0.84g/ml, respectively.

These results indicated that oils from these plants have better or at least equal activity in comparison to BHT standard. The IC50 values of oils from other

plants were calculated to be more than standards. The use of DPPH radical is an important assay to measure the scavenging activity of the chemicals including the essential oils. It is one of the simple methods and some workers consider it as the sole method for determining the antioxidant activity 1. A number of essential oils, including those from the plants of family Lamiaceae, have been evaluated for their radical scavenging activity following this method 1, 13.

The method is based on the reduction of molybdenum (Mo) (VI) to Mo (V), and subsequently formation of green phosphate / Mo(V) complex at acidic pH. In this case, ascorbic acid was used as standard and the IC50 values of the plant oils were compared with it. The IC50 values of oil from Hyptis suaveolens, Ocimum basilicum and Pogostemon benghalensis were found to lower than the standard indicating that these oils possessed better activity than that of standard. The other oils had IC50 values higher than the standard but not too high indicating that these oils could be useful as antioxidants.

CONCLUSIONS: From the above results, it is concluded that oils from the plants of Lamiaceae collected form Morni hills, Haryana, India, possess a good antioxidant /radical scavenging activity that is worth exploiting in future. However, the wild plants may not be necessarily used for this purpose as these could be cultivated for this purpose.