ABSTRACT: Worldwide, Tuberculosis (TB) remains the most frequent and important infectious disease caused by Mycobacterium tuberculosis (Mtb). TB Structural Genomics Consortium (TBSGC) reported 79,144 deaths and 26.9 lakh cases in 2019 (WHO). Although tuberculosis is a curable disease, the chances of a cure become slim as the disease becomes multidrug-resistant, and the situation gets even worse as the disease becomes extensively drug-resistant. The emergence of multidrug-resistant varieties of Mycobacterium tuberculosis has led to a search for novel drug targets. The objective of this paper is based on the drug designing for the potential drug target Murd Ligase protein from M. Tuberculosis. This drug target is involved in vital aspects of the pathogen’s metabolism, persistence, virulence, and cell wall biosynthesis. In this study, we have built a homology model of the protein Murd Ligase based on homology technique using SPDBV and further, the model is analyzed with various existing drugs and docking enzyme inhibitors that reveal the structural information for the development of effective anti-tuberculosis drugs using in-silico.

INTRODUCTION: Tuberculosis (TB) is a disease with deep social and economic roots. Tuberculosis is a common and often deadly infectious disease caused by Mycobacterium, mainly Mycobacterium tuberculosis. It frequently occurs among populations, such as malnourished individuals, and it is higher among people with Human Immuno-deficiency Virus/Acquired Immunodeficiency Syndrome. In 2016, 10.4 million cases and 1.5 million deaths were documented. TB has become a priority for the World Health Organization (WHO) since 1993. In order to reduce its incidence and mortality, the disease has been linked to the Millennium Development Goals (MDGs).

This feature has been proposed by the United Nations through the global plan for the fight against tuberculosis. In 2019, an estimated 10 million people fell ill with tuberculosis (TB) worldwide. 5.6 million men, 3.2 million women, and 1.2 million children. TB is present in all countries and age groups. But TB is curable and preventable. The countries that rank in terms of total numbers of incident cases in 2019 areIndonesia, China, the Philippines, Pakistan, Nigeria, Bangladesh and South Africa. Mycobacterium tuberculosis is an aerobic bacterium.

Bacteria of the genus Mycobacterium are non-motile and non-sporulated rods. MTB is a small rod-like bacillus that can withstand weak disinfectants and survive in a dry state for weeks. Symptoms of this disease are Fever, sweating, Weight loss; Cough is present in virtually all patients with pulmonary TB. Treatment for TB uses antibiotics to kill the bacteria. However, instead of the short course of antibiotics typically used to cure other bacterial infections, TB requires much longer periods of treatment (around 6 to 12 months) to entirely eliminate Mycobacteria from the body. Latent TB treatment usually uses a single antibiotic, while active TB disease is best treated with combinations of several antibiotics to reduce the risk of the bacteria developing antibiotic resistance.

MATERIALS AND METHODS: Murd ligase (ORF Rv2155c) of M. tuberculosis is a 49.3 kDa protein expressed in the cytoplasm as a single chain monomer of 486 amino acids length. Murd ligase is a potentially broad-spectrum target that catalyses the addition of D-glutamic acid to the cytoplasmic intermediate UDP- N- acetylmuramoyl- L- alanine and is the second in the series of Mur ligases.

It plays an essential role in the intracellular biosynthesis of bacterial peptidoglycan, the main component of the bacterial cell wall and represents attractive targets for the design of novel antibacterial. 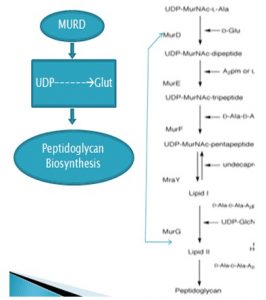 Homology Modelling: Homology modelling, also known as comparative modelling, is a class of methods for constructing an atomic-resolution model of a protein from its amino acid sequence (the “query sequence” or “target”). Almost all homology modelling techniques rely on the identification of one or more known protein structures (Known as “templates” or “parent structures”) likely to resemble the structure of the query sequence and on the production of an alignment that maps residues in the query sequence to residues in the template sequence. The sequence alignment and template structure are then used to produce a structural model of the target. Because protein structures are more conserved than DNA sequences, detectable levels of sequence similarity usually imply significant structural similarity. The quality of the homology model is dependent on the quality of the sequence alignment and template structure.

Docking: Docking is a method that predicts the preferred orientation of one molecule to a second when bound to each other to form a stable complex. It is one of the major advantages conferred by receptor-drug interaction; that it allows researchers to quickly screen large databases of potential drugs which would otherwise require tedious and prolonged work in the lab using traditional drug discovery procedures. At present, all drugs on the market target only about 500 proteins. With an improved understanding of disease mechanisms and using computational tools to identify and validate new drugs, more specific medicines that act on the cause, not merely the symptoms, of the disease, can be developed. These highly specific drugs promise to have fewer side effects than many of today’s medicines.

RESULTS AND DISCUSSION: The target sequence of murD Ligase is retrieved from Swiss Prot. Blast finds similarities between the biological sequences. From the blast result, the best Blast hit having>30% similarity, pdbid 3UAG the structure of murD Ligase of E.coli, is retrieved from PDB and saved it as template pdb.  Superimposing the target sequence with the template structure in swisspdb viewer gives the superimposed structure, then submits the superimposed structure to Swiss model workspace to obtain the modelled structure. The result shows 84% quality factor of the murD Ligase protein is checked using a structure analysis verification server. This binding active site of the protein is predicted by Qsite Finder and shown the best active site residue is Arginine. Docking studies are done by Autodock software is used to predict the binding orientation of small molecule drug candidates to their protein target. Drugs were docked to Protein target using receptor-ligand docking software for Interaction studies. Energy value calculations were generated for a drug that shows a very close interaction with H-bond distance with very low dock score result. High test (expressed as Log less than 5) include that the drug under investigation is well represented in Lipinskin filters provide a high probability of success. 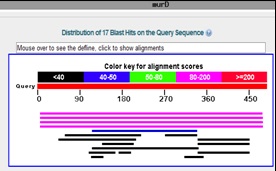 FIG. 1: BLAST FINDS SIMILARITIES BETWEEN THE BIOLOGICAL SEQUENCES. FROM THE BLAST RESULT, THE BEST BLAST HIT SHOWING>30% SIMILARITY; THE TEMPLATE STRUCTURE IS RETRIEVED FROM PDB 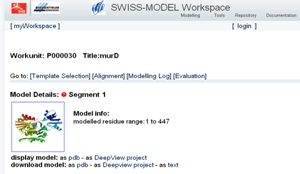 FIG. 5: DOCKING IS USED TO PREDICT THE BINDING ORIENTATION OF SMALL MOLECULE DRUG CANDIDATES TO THEIR PROTEIN TARGET

TABLE 1: DRUGS AND COMPOUNDS WERE CALCULATED FOR DOCKING PURPOSE

CONCLUSION: Worldwide, tuberculosis is an infectious disease caused by mycobacterium tuberculosis. murD Ligase one of the protein from M. Tuberculosis play a vital role in cell wall synthesis and act as a virulent factor for tuberculosis. Thus we have modelled  the  3D structure for the murD Ligase protein with the help of spdv. Using the computational tools, the target is analysed with various inhibitors. The first-line drugs, namely Rifampin, Isoniazid, Aminosalicylic acid, Ethambutol and compounds namely Uridine5’ diphosphate N-acetyl muramoyl L-alanine, Adenosine5’diphosphate, Propionate, Phosphionate were docked to the protein murD ligase using Autodock. The amino acid which had undergone interaction are Arginine; Asparagine was identified by using Accelrys commercial software.

Finally, the first-line drugs and compounds allowed running in Adme Toxbox, Lipinski rule of five that help to analyze the drug-like molecules.  From the result, first-line drugs namely Rifampin, Isoniazid, Amino salicylic acid, Ethambutol, and the compounds inhibitors obey Lipinski rule of five, so that the compounds Uridine5’diphosphate N-acetyl muramoyl L-alanine, Adenosine 5’ diphosphate, propionate, phosphionate may be considered as second-line drugs than of today’s medicine. The result indicates that the designed drug obey Lipinski rule of five could have better action and lesser side effects than the various exiting drug for treating Alzheimer disease. Hence docking studies will provide highly useful information towards the rational design of new tuberculosis drugs through experimental research design for further formulations as per pharmaceutical norms.

CONFLICTS OF INTEREST: The author (s) declares (s) that there is no conflict of interest.