Categories Menu
Home » AN OVERVIEW ON NANOEMULSION: A NOVEL APPROACH

AN OVERVIEW ON NANOEMULSION: A NOVEL APPROACH

AN OVERVIEW ON NANOEMULSION: A NOVEL APPROACH

The nanoemulsion is one of the most efficient dispersed nanosystems of droplet size ranging to submicron size.  Nanoemulsions/ Sub-micron emulsions (SMEs)/ Mini-emulsions are thermodynamically stable transparent or translucent dispersions of oil and water stabilized by an interfacial film of surfactant and co surfactant molecules having a droplet size of less than 100 nm. This review provides brief information about method of preparation and evaluation of nanoemulsion as drug carriers for improving the delivery of therapeutic agents. several techniques are to be used for preparation of nanoemulsions like microfluidization, high pressure homogenization, low energy emulsification and solvent evaporation method and parameter that are to be used for its characterization like droplet size analysis, viscosity determination, drug content, refractive index, pH, zeta potential, Transmission electron microscopy, thermal stability, release and in vitro skin permeation study.

INTRODUCTION: Nanoemulsions/Sub-micron emulsions (SMEs)/Mini-emulsions/Ultrafine emulsions 1, 2 are thermodynamically stable transparent (translucent) dispersions of oil and water stabilized by an interfacial film of surfactant and cosurfactant molecules having a droplet size of less than 100 nm. Nanoemulsion, which is categorized as multiphase colloidal dispersion, is generally characterized by its stability and clarity. The dispersed phase typically comprises small particles or droplets, with a size range of 5 nm-200 nm, and has very low oil/water interfacial tension. Because the droplet size is less than 25% of the wavelength of visible light, Nanoemulsions are transparent 2. Nanoemulsion is formed readily and sometimes spontaneously, generally without high-energy input. In many cases a cosurfactant or cosolvent is used in addition to the surfactant, the oil phase and the water phase.

Three types of Nanoemulsions are most likely to be formed depending on the composition:

In all three types of Nanoemulsions, the interface is stabilized by an appropriate combination of surfactants and/or co-surfactants. 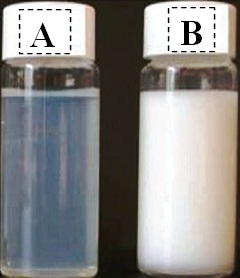 FIG. 1: (A) NANOEMULSION AND (B) MACROEMULSION WITH DROPLET DIAMETERS OF LESS THAN 100 NM AND MORE THAN 1000 NM, RESPECTIVELY5

Advantages of Nanoemulsion over Other Dosage Forms 1, 2;

Disadvantages of Nanoemulsion Based Systems 1, 2;

In retrospect, the historical choice of the word “microemulsion” to describe the nanoscale is unfortunate since they are structurally between 1 to 100 nm as for Nanoemulsion. Micro emulsions are not the emulsions of micro scale droplets. They are formed by self assembled equation phase in which the surface tension dose not play a significant role. The Nanoemulsions underlines the basic principle in its formulation. They generally comprises of two immiscible phase with an interfacial tension between them reduced by addition of surfactant 3.

Factors affecting the Formulation of Nanoemulsion: 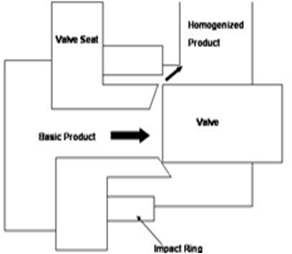 The particles which are formed exhibit a liquid, lipophilic core separated from the surrounding aqueous phase by a monomolecular layer of phospholipids. This technique has great efficiency, the only disadvantage being high energy consumption and increase in temperature of emulsion during processing. 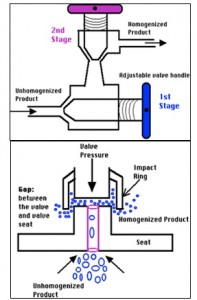 FIG. 3: MICRO FLUIDIZER WITH THE MECHANISM OF WORKING

The two solutions (aqueous phase and oily phase) are combined together and processed in an inline homogenizer to yield a coarse emulsion. The coarse emulsion is into a microfluidizer where it is further processed to obtain a stable nanoemulsion.

The coarse emulsion is passed through the interaction chamber microfluidizer repeatedly until desired particle size is obtained. The bulk emulsion is then filtered through a filter under nitrogen to remove large droplets resulting in a uniform nanoemulsion. 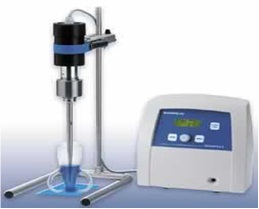 Construction of Phase Diagram: Pseudo-ternary phase diagrams of oil, water, and co-surfactant/surfactants mixtures are constructed at fixed cosurfactant/ surfactant weight ratios. Phase diagrams are obtained by mixing of the ingredients, which shall be pre-weighed into glass vials and titrated with water and stirred well at room temperature. Formation of monophasic/biphasic system is confirmed by visual inspection. In case turbidity appears followed by a phase separation, the samples shall be considered as biphasic. In case monophasic, clear and transparent mixtures are visualized after stirring; the samples shall be marked as points in the phase diagram.

The area covered by these points is considered as the Nanoemulsion region of existence 2. 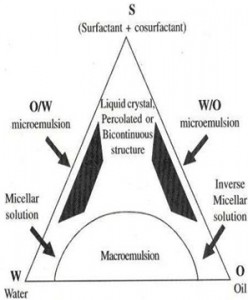 Presence of surfactant and cosurfactants too plays a role in the formation of nanoemulsion 6.

Primaquine when incorporated into oral lipid nanoemulsion showed effective antimalarial activity against Plasmodium bergheii infection in mice at a 25% lower dose level as compared to conventional oral dose.Lipid nanoemulsion of primaquine improved oral bioavailability by the liver with drug concentration higher at least by 45% as compared with the plain drug 18.

Stability Factors of Nanoemulsion: As a general consideration the stability of nanoemulsion largely depends upon the following factors;

The droplet size of nanoemul­sion also prevent the flocculation because these small drop­lets show high curvature and laplace pressure opposes the deformation of large droplets.Coalescence of droplets of nanoemulsion can be prevented by a thick multilamellar surfactant film adsorbed over the interface of droplets. The only problem of instability of nanoemulsion can arise by the ostwald ripening. In ostwald ripening small droplets with high radius of curvature converted into large droplets with low radius of curvature.

Two droplets diffuse and become one large droplet. Thus, after the storage for a long time period, droplets size distribution shifted to large sizes and the transparency of nanoemulsion become turbid. It is also identified that ostwald ripening create a problem dur­ing the delivery of formulations. Another method to prevent the effect of ost­wald ripening is addition of polymeric surfactant on the interface which increase the elasticity of droplets and fur­ther reduce the effect of ostwald ripening 7.

Some patented Nanoemulsion formulations with their Patent number are given below in Table 4.

CONCLUSION: NE formulations offer  several advantages for  the delivery of drugs, biologicals, or diagnostic agents. Traditionally, NEs have been used in clinics for more than four decades as total parenteral nutrition  fluids.  Several  o ther  products  for  drug  delivery applications  such  as Diprivan, Liple and  Ropion have  also reached the marketplace. Although NEs are chiefly seen as vehicles for  administering  aqueous  insoluble  drugs,  they  have  more recently  received  increasing  attention  as colloidal  carriers  for targeted delivery of various anticancer drugs, photosensitizers neutron capture therapy agents, or diagnostic agents. Because of their submicron size, they can be easily targeted to the tumor area.

Recently, several research papers have been published for the improvement of drug delivery, but still there is a need to emphasis on its characterization part including in-vitro evaluation. Besides this, research papers shows higher percentage of surfactant (much higher than CMC level) used for the formation of Nanoemulsion, irrespective of different routes of administration, but there is a lack of toxicological evaluation of the prepared Nanoemulsion, which can be a broad research area in future.

ACKNOWLEDGEMENT: Authors wish to acknowledge all those who are involved directly or indirectly for compilation of this article.