ABSTRACT: Aim: The objective of this survey was to assess the awareness pattern of analgesic administration and the various factors impacting the prescription of analgesics. Materials and methods: Pretested interviewer administered questionnaire was distributed to 100 study subjects consisting of post graduates and dental practitioners in Chennai. The questionnaire was designed to contain questions regarding the most commonly prescribed analgesic in various dental procedures and the various factors taken into account by the dentist while prescribing these analgesic drugs. The data was analysed using SPSS software. Results: In this study, the most commonly prescribed analgesic was paracetamol (78%). 63 % of the dentists preferred non-opioids, 28% preferred opioids and the remaining 9% prescribed both opioids and non-opioids.87% of the dentists have chosen  combinations of analgesics. The most commonly prescribed combination was  paracetamol with diclofenac(59%). 83% of the dentists preferred topical analgesics. 94% of the dentists took into account, the medical condition of the patient while prescribing analgesics. Special care for pediatric patients was given by 97% of the dentists. Among factors like age, gender, economic status and type of procedure, 97% of dentists considered the age, 16% considered the gender, 44 % considered the economic status of the patient and 94% considered the type of procedure for which the analgesic was prescribed. Conclusion: This study could give light to the prescribing pattern of analgesics in a dental office as many new drugs are introduced and many are banned due to their side effects

INTRODUCTION: Analgesics refer to a group of drugs which provide relief from pain or algesia. They are also called as pain killers. Pain is an ill defined unpleasant sensory, emotional experience which is associated with actual or potential tissue damage evoked by external or internal noxious stimuli 1. Pain can be acute or chronic. It is considered to be a symptom and is acute in nature in dentistry. Analgesics are divided into two classes: opioids and non opioids.

Opioids are also called narcotic or morphine like analgesics. Non-opioid analgesics are also called non steroidal anti inflammatory drugs (NSAIDS) or aspirin like analgesics. The prostaglandins along with cell mediators like histamine, bradykinin and leukotrienes are responsible for the production of pain. Their production is induced by trauma, infections and allergic reactions. The membrane phospholipids are acted upon by phospholipids to produce arachidonic acid on which lipoxygenase and cyclooxygenase enzyme acts in order to produce leukotrienes and thromboxane and prostaglandins respectively. The NSAIDS act by inhibiting the cyclooxygenase (COX 1 and COX 2) enzymes hence interfering with the production of prostaglandins.

The most commonly used non opioid analgesics in dentistry include drugs like paracetamol, ibuprofen, aspirin, diclofenac sodium which are non opioid analgesics. Opioid analgesics are also prescribed 4. But opioids are prescribed only if acetaminophen or an NSAID which has been prescribed is not sufficient and is essential that opioids have to be given only in a combination with the acetaminophen and NSAID. The common choice of opioid analgesics for dental pain is codeine and oxycodeine. Other opioid analgesics are not commonly prescribed because they have certain side effects like nausea, constipation, dizziness and respiratory depression.  The dependence on opioids is a potential hazard and its abrupt cessation can lead to symptoms like dilated pupils, rapid pulse, diarrhea, tremors, yawning, flu like symptoms etc. Opioids are not preferred in pregnant women as they depress the central nervous system affecting the foetus to which combinations of codeine and acetaminophen are suitably used.  Pain is the most commonly encountered situation in dentistry such as post operative pain and so on. The relief and management of pain by the operator reflect the quality of treatment given thus providing the patient comfort and an improved quality of life.

Hence it is extremely important for dentists to have a thorough knowledge on analgesics and their effects in order to correctly prescribe the drug based on the amount of pain experienced by the patient. In this survey, we have focused to analyse the prescription pattern of different analgesics in a dentist’s office.

MATERIALS AND METHODS: Pretested interviewer administered questionnaire was distributed to 100 study subjects consisting of post graduates and dental practitioners in a private dental college in Chennai. The questionnaire contained a set of 17 questions regarding the most commonly prescribed analgesic in various dental procedures and the various factors taken into account by the dentist while prescribing these analgesic drugs, thus evaluating the awareness of analgesics according to the procedure and the amount of pain experienced by the patient.

The data was compiied in the form of a computerised chart and was analysed using SPSS software. The frequency, percentage, valid percent and cumulative percent were calculated for each question along with their corresponding graphs.

RESULTS: In this study, the most commonly prescribed analgesic was paracetamol (78%), followed by diclofenac(17%) and ibuprofen(5%). 63 % of the dentists preferred non-opioids, 28% preferred opioids and the remaining 9% prescribed both opioids and non-opioids.  Majority of dentists (70%) prescribed other analgesics for pregnant women with only 29% and 1% prescribing codeine and hydrocodonerespectively. In case of third molar extractions, most commonly preferred analgesic was diclofenac (51%), followed by ibuprofen (37%), valdecoxib (7%), and rofecoxib (5%). Among the side effects caused by analgesics, the most commonly chosen answer was nausea (39%), followed by allergy (30%), vomiting(18% ), blurring of vision(8 %) and other side effects (5 %).

According to this study, special care for pediatric patients is given by 97% of the dentists. Among factors like age, sex, economic status and type  of procedure, 97% of dentists consider the age, only 16% consider the gender of the patient, 44 % take into account the economic status of the patient into account and 94% conduct the type of procedure to be a factor for prescribing analgesics. 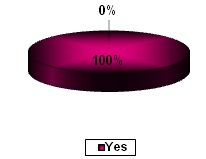 FIG. 1: USAGE OF ANALGESICS BY DENTISTS 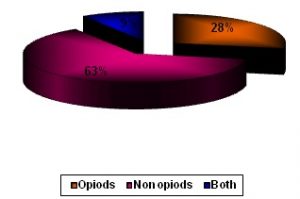 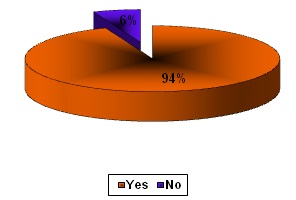 FIG. 4: MEDICAL CONDITION AS A FACTOR AFFECTING THE CHOICE OF ANALGESIC 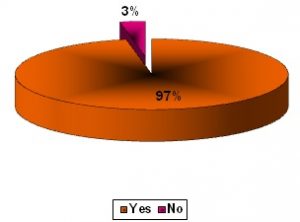 FIG. 5: AGE AS A FACTOR AFFECTING THE CHOICE OF ANALGESIC 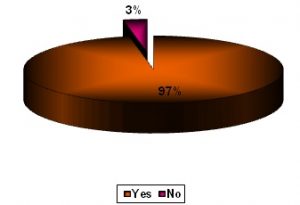 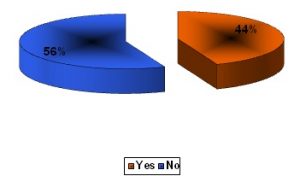 FIG. 7: ECONOMIC STATUS OF PATIENT AFFECTING THE CHOICE OF ANALGESIC 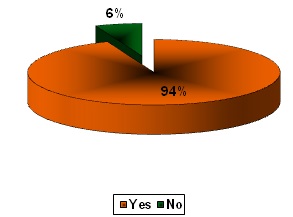 FIG. 8: TYPE OF PROCEDURE INFLENCING THE CHOICE OF ANALGESIC 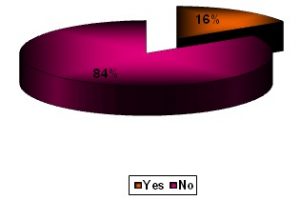 FIG. 9: GENDER AS A FACTOR INFLUENCING THE CHOICE OF ANALGESIC 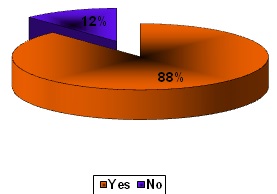 FIG. 10: AWARENESS OF CONTRAINDICATIONS OF ANALGESICS 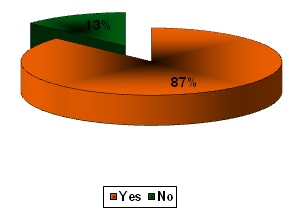 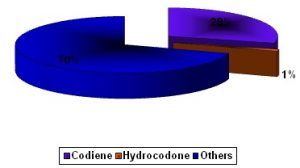 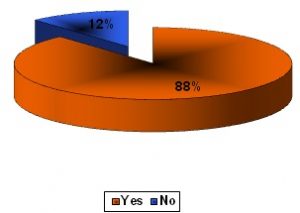 FIG. 17: COMMON SIDE EFFECTS OF ANALGESICS

DISCUSSION: In this study it was found that all dentists prescribed analgesics due to their integral role in the management of pain in dentistry (Fig.1). Paracetamol is a drug which acts centrally by inhibiting the impulses transmitting the sensation of pain to the brain. It has been effectively used for tooth ache and is said to be free of side effects within the adult dosage of 325-1000 milligram. In many previous studies, paracetamol was found to be the most commonly prescribed drug followed by ibuprofen and keterolac in many surgical procedures like extraction of lower wisdom tooth 2, 3, 4 .(Fig. 2)

Non-opioids were more preferred by the dentists when compared to opioids similar to former studies conducted in Nigeria (2013) and America (2006) which may be due to the chances of developing tolerance to opioids or the negative side effects like respiratory depression, mental clouding, Constipation and sedation 6, 7. (Fig.3)

The medical condition of the patient should be assessed before proceeding with the dental treatment as it may lead to potential complications when analgesics are prescribed which can be due to drug interactions. Opioid analgesics can worsen the condition in patients with cirrhosis posing risk of toxicity and hepatic encephalopathy 8. NSAIDs are contraindicated in patients having gastric ulcers and bleeding 9. Hence it is essential that the dentist has to take a complete medical history of the patient before treatment. But in a survey conducted in Hyderabad it was found that only 18.5% considered the medical condition of the patient 10. (Fig. 4)

In a study conducted on the effects of analgesics on gender, it was found that when ibuprofen was given for moderate to severe dental pain, there were no gender differences 14. Hence gender of the patient plays a very small role in influencing the choice of analgesic unless the patient happens to be pregnant, lactating etc. (Fig. 9)

NSAIDS inhibit the synthesis of prostaglandins (PGE2, PGI2) which are protective in function hence reducing the mucus and bicarbonate secretion hence contraindicated in patients having peptic ulcer and gastric bleeding. They are contraindicated in asthmatic patients because they induce bronchospasm, angioedema and allergic reactions 15. They further elevate the blood pressure and reduce the effects of anti - hypertensive drugs, hence contraindicated in hypertensive patients 16. Accordingly, peptic ulcer and bronchial asthma were found to be the most common side effects in this study. (Fig. 10, 11)

Combination of drugs often give rise to a synergistic effect thus increasing the analgesic efficiency of the drugs with minimal side effects of the individual drugs. Paracetamol is a centrally acting analgesic but has a weak anti-inflammatory property but good anti-pyretic property. The analgesic action of paracetamol is additive, contributing to a synergistic action when used in combination with diclofenac, which has an excellent analgesic property. This combination was commonly preferred among dentists in a questionnaire survey conducted across various hospitals in India by Gauri Billa et.al.17 (Fig. 12, 13)

Painful procedures like third molar extractions inducted the necessity of analgesics like diclofenac and ibuprofen which are non- steroidal anti-inflammatory drugs which help to reduce mild to moderate and severe post operative pain along with inflammation. Previous studies have shown that they were the most commonly preferred drugs in case of third molar extractions 18, 19. Drugs like rofecoxib and valdecoxib have been banned due to the increased risk of heart problems and stroke in patients consuming them, inspite of having high analgesic efficiency 20.This may be the reason for their declining usage among the dentist population. (Fig.14) Care should be taken while prescribing analgesic drugs for pregnant women as there is an increased risk of causing miscarriages and congenital malformations. The analgesics which can be used in pregnancy with appropriate precautions include drugs like acetaminophen, meperidine, morphine, aspirin, ibuprofen, naproxen, acetaminophen with oxycodone 21. According to this study, a majority of dentists preferred other analgesics (70%) for pregnant women than codeine (29%) and hydrocodone (1%) which was given as an option in the questionnaire. However in a study conducted in Norway (2011) on the effect of codeine on pregnant women it was found that codeine, though an opioid had no side effects or did not cause any congenital malformation of the infants 22. (Fig.15)

Topical analgesics have various advantages such as convenience, low plasma levels, localized action at the site of pain, low systemic adverse effects thus indicating its widespread use in dentistry 23. (Fig. 16)

Nausea and allergy were found to be the most common side effects of analgesics  followed by vomiting, blurring of vision etc, The side effects  most commonly associated with opioid analgesics include constipation, physical dependence, tolerance, and respiratory depression.(Fig. 17)

CONCLUSION: Hence non-narcotic analgesics were preferred over the narcotic analgesics among which paracetamol were the most commonly prescribed drug. Combination of analgesic drugs have been extensively used in dentistry with paracetamol and diclofenac combination being the most commonly used combination in this study. Various factors such as the age, economic status, medical condition of the patient and type of procedure have been taken into account while prescribing analgesics with special care given for pediatric patients and pregnant women. However the factors like the gender of the patient have little effect on the choice and dosage of the analgesic.

ACKNOWLEDGEMENT: We would like to express our gratitude to all the respondents for spending their valuable time to answer our questionnaire that helped us to successfully complete our study.