ABSTRACT: Hypertension is one of the major public health challenges worldwide. Amlodipine, a calcium channel blockers (CCBs), is among the first line antihypertensive drugs used commonly. Amlodipine reduces blood pressure by its vasodilatory action and its adverse drug reactions (ADRs) such as ankle edema, headache and flushing are related with its vasodilatory action. This study is conducted to find the incidence of ankle edema in patients of mild to moderate hypertension treated with Amlodipine 10 mg. A total of 64 informed consented patients, fulfilling inclusion and exclusion criteria were involved in the study. Follow-up visits were performed after four weeks and eight weeks. At each visit, complete clinical examination was carried out, including a recording of systolic and diastolic blood pressure (BP). Safety was assessed in terms of both subjective and objective systemic adverse-effects. In the present study, significant reduction of mean systolic blood pressure (SBP) and mean diastolic blood pressure (DBP) was seen. Commonly seen adverse drug reactions (ADRs) were ankle edema, constipation, headache and fatigue. The association of ankle edema due to amlodipine has alerted us to begin generating safety data of drugs on our own population.

INTRODUCTION: Hypertension is one of the most common diseases affecting human worldwide. It is the most common disease-specific reason for which patients visit a physician. It is currently among the leading cause of morbidity and mortality throughout the world in the form of myocardial infarction and stroke. 1, 2, 3 About half of the world’s cardiovascular burden is predicted to occur in Asia Pacific region.4

Despite all benefits demonstrated in response to blood pressure lowering, hypertension management remains suboptimal. 1, 5 The reasons have been repeatedly analysed 2, among which the side-effects of antihypertensive drugs emerge as an important issue in clinical practice. Worldwide prevalence estimates for hypertension may be as much as 1 billion individuals and 7.1 million deaths were estimated to be due to hypertension. 6 Prevalence of hypertension in Nepal was estimated to be 27.8% of adults aged 25 years and above. 7

There are many drugs used in treatments of hypertension which includes angiotensin converting enzyme (ACE) inhibitors, beta blockers (BBs), calcium channel blockers (CCBs), diuretics, alpha blockers, angiotensin II receptor blockers, central alpha-2 agonists, adrenergic inhibitors, and vasodilators. Dihydropyridine calcium-channel blockers (CCBs) are one of the commonly used potent antihypertensive drugs and their vasodilatory effects are associated with adverse drug reactions (ADRs) such as ankle edema, headache and flushing. 8 Ankle oedema is a dose related common adverse event observed during treatment with CCBs. In many cases, ankle oedema is responsible for treatment discontinuation or limited patient’s compliance to anti-hypertensive treatment and has a deleterious impact on health -related quality of life. 9 The objective of the study is to find the incidence of ankle oedema in the patients treated with CCBs.

MATERIAL AND METHODS: This was a prospective observational non interventional study conducted in the out-patient department (OPD) of internal medicine in a tertiary care center; Chitwan medical college and teaching hospital, Nepal. Approval from the institutional ethics committee was obtained to conduct the study. Male and female patients, aged 18-75 years, newly diagnosed with mild to moderate essential hypertension   (systolic BP ≥ 140 to 179 mmHg and/or Diastolic BP ≥ 90 to 109 mmHg)  were eligible for the study after obtaining informed consent. Patients with secondary hypertension, pregnant and lactating women, patient with other diseases and who need more than one antihypertensive drug are not included in the study. Total 72 patients were included in study but only 64 patients completed the study.

Each enrolled patient was subjected to the detailed medical history, demography and physical examination. Measurements of systolic and diastolic BP were performed manually with a calibrated mercury sphygmomanometer in sitting position. Follow-up visits were performed after four weeks and eight weeks. At each visit, complete clinical examination was carried out, including a recording of systolic and diastolic blood pressure (BP). Safety was assessed in terms of both subjective and objective systemic adverse-effects. The degree of ankle edema on physical examination was visually scored by the physician on a scale ranging from 0 to 3 (0 = none, 1 = mild, 2 = moderate or 3 = severe, respectively), taking into account the changes of edema that occurred from visit to visit.

RESULTS: Among the 72 patients of mild to moderate hypertension, the data of 70 patients were considered for the study. Two patients were lost to first follow-up after enrollment and four patients’ data was excluded due to major protocol violation. Thus , only 64 patients completed the study. In this study, it was found that 57.8% patients were male and 42.2% were female. Thus the distribution of patients, according to sex, was not significantly different (P = 0.211). Details of age distribution, personal habits of patients are given in Table 1 and 2. Detail about educational status of patients are shown in Fig.1. 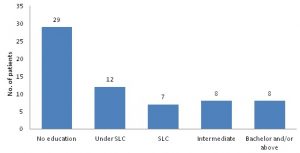 FIG. 1: THE DETAILS OF EDUCATIONAL STATUS OF PATIENTS

TABLE 3: TEST OF SIGNIFICANCE IN MEAN REDUCTION IN BP TREATED WITH AMLODIPINE 10 MG

Adverse drug events, considered to be related to the study drug, were infrequent. Apart from ankle edema, in total 25 (39%) patients complains of adverse drug reactions (ADR) which includes ankle edema,   headache, dizziness and nausea. (Table 4) Out of 15 ankle edema eight have mild, six have moderate and one has severe edema which is highly significant (P=0.000).

The food habit of the patient was categorized as vegetarian and non vegetarian. Among them, majority of the patients were nonvegetarian (81.3%). The distribution of patients was significantly different according to food habit (P = 0.000) and it is similar to the findings of Alam et al.,11 The reason of developing hypertension in non-vegetarian person might be the high content of saturated fat, carbohydrate and less percentage of fiber in non vegetarian food and all these factors have positive effect on developing high blood pressure.12, 13

Most of the patients were found to be smoker (51.6%). The distributions of smokers and non –smokers patients was not significantly different (P = 0.803) though smoking is one of the major risk factor for hypertension. 14 The reason of such result might be because of the small sample size taken for the study.

The mean percentage decrease in systolic/diastolic blood pressure after four week and eight week was highly statistically significant (P = 0.000, 0.000). This result is similar to the study conducted in Nepal 11 Poland 17 Denmark 18   and China. 19

The present study demonstrated that, significantly higher total AEs in general, and ankle edema in particular in the long-term management of mild to moderate hypertension. The incidence of ankle edema formation in our study is 23.4% which is similar to the study Lombardo D et al., 1994 (23%) 20, 21 and lower than the study conducted by Andresdottir MB et al., 22 (47%) and Per Lund- Johansen et al.,23 (33.3%) Although dihydropyridine amlodipine are powerful antihypertensive agents, their vasodilatory effects are associated with AEs such as ankle edema, headache and flushing. 8 It is generally accepted that in response to blood pressure lowering after amlodipine, the baroreflex-induced activation of the sympathetic system leads to contraction of postcapillary venules, which in turn increases the pressure gradient at the capillary level. Hydrostatic pressure aggravates the phenomenon of capillary transudation. 9

In the meantime, pre-capillary arteriolodilatation, a direct effect of dihydropyridines, protects against the vasoconstrictive effects of sympathetic activation.9, 24, 25

CONCLUSION: The association of ankle edema due to amlodipine has alerted us to begin generating safety data of drugs in our own population, rather than relying on the data generated from the foreign population, which may vary significantly with regard to genetic make-up, diet, lifestyle etc. Clinicians have a responsibility to monitor the patients on drugs like amlodipine. Since our observations are based on only 64 cases, there is a need for more data to confirm our findings.