ABSTRACT: Inflammation is an inflammatory process where histamine, kinin, prostaglandins and slow release substances are produced in the tissue of the body to cause irritation or injury. It consist three phases, dilation and increased permeability of small blood vessels resulting in oedema and swelling, emigration of leucocytes from venules, capillaries and cellular infiltration, proliferation of fibroblasts and synthesis of new connective tissue to repair the injury. Present study deals anti-inflammatory activity of extracts of Woodfordia fruticosa stems bark in animal models by mercury displacement volume method. Paw oedema was produced by injecting in a 0.1ml volume of formalin into the sub plantar tissue of the rat hind paw foot. The extracts of petroleum ether, chloroform, ethanol and aqueous extracts were administered orally to the albino rats in their respective groups. Test drugs were given at a dose of 200mg/kg according to their body weight. The results of aqueous extract of barks exhibited statistically significant (**P<0.01 and *P<0.05) anti-inflammatory activity in albino rats. Maximum percentage inhibition had been found in aqueous extract (27.12%) of this stem barks. W. fruticosa extracts exhibited anti-inflammatory activity may be due to the presence of β-sitosterol which is neutralized the release of histamine and serotonin.

INTRODUCTION: Woodfordia fruticosa is an evergreen shrub growing wild in the tropical and subtropical region of India. Earlier works and literature revealed that plants contain phyto-constituents which are hydrolysable tannins, oenothein A and B, woodfordins A, pelargonidin-3, 5, diglucoside, cyanidin-3,5, diglucoside,  quercetin and myricetin glycosides, pelargonidin B, C, D, E, F, G, H and I, Phytosterols, hydrocarbons, octacosanol and β-sitosterol.

Nectar- rich flowers have potent medicinal value 1, 2. The powdered dried flowers are used as stimulant and also used in the treatment of dysentery, diarrhoea, internal haemorrhages, leucorrhoea, and menorrhagia, disorders of the mucous membranes, haemorrhoids and disorders of the liver. Flowers and roots are useful in the treatment of rheumatism, dysentery, foot and mouth disease, lumbar and rib fracture 3 - 7. The object of this study was to assess the anti-inflammatory activity of different extracts obtained from Woodfordia fruticosa stem barks, using mercury displacement method in albino rats.

Collection and Identification of Plant Material: Collection of Woodfordia fruticosa stem barks was done from Chhattisgarh region, India. Plant material was identified by Botanist, Department of Botany, Guru Ghasidas Vishwavidyalaya, Bilaspur, C. G. The Voucher specimen (SLT/MedPlant/01/2009) was maintained in herbal museum for further reference in SLT Institute of Pharmaceutical Sciences, Guru Ghasidas Vishwavidyalaya, Bilaspur, C. G. The plant material was shade dried and then powdered with   mechanical grinder, passed through the sieve no 40, and stored in an air tight container. The sieved powder was further taken up for the preparation of the extract.

Preparation of Extracts: 100gm shade dried stems bark powdered material was subjected to successive solvent extraction in Soxhlet extractor using petroleum ether, chloroform, alcohol and aqueous as solvent. All extracts were filtered, concentrated, dried by using vacuum pressure individually. The yields of extracts were weighed and physical properties were noted and the result is shown in Table 1.

Phytochemical Analysis: Preliminary phyto-chemical screening was carried out for various phytoconstituents which were present in the extracts. The all extracts were tested standard qualitative tests for the positive or negative test of phytoconstituents likes glycoside, alkaloids, steroids, flavonoids, tannins, mucilages, fixed oils, phenolic compounds, proteins and sterols etc. 8, 9. Spectroscopic analysis was carried out and the result is shown in Fig. 1, 2 and 3.

Experimental Animals: 200-250gm Albino Wister rats were obtained from SLT Institute of Pharmaceutical Sciences, Guru Ghasidas Vishwavidyalaya, Bilaspur; C.G. Animals were housed in groups of five in animal centre, Department of Pharmacy, at the room temperature of 25 ± 1 °C with free access to water and food. The study procedure was approved by IAEC (Institutional Animal Ethics Committee), Department of Pharmaceutical Sciences, G.G.V., Bilaspur, CG. Registration number is 994/a/Go/06/CPCSEA. For pharmacological screening of anti-inflammatory activity, albino rats were divided into six different groups. The first group served as a control group, second group was used as standard and the last four test groups which were received extracts of petroleum ether, chloroform, alcoholic and aqueous of Woodfordia fruticosa stems bark respectively at the dose of 200 mg/kg orally.

Formalin Induced Rat Hind Paw Oedema Method: Albino Wister rats (200-250gm) were used for the pharmacological study of drugs. The rats were divided into seven groups of six rats in each group. Inflammation was produced in rats by injection of 0.1ml of 1% w/v formalin into the sub plantar region of left hind paw 12, 13. For pharmacological study following groups were divided.

The paw volume was measured by plethysmometric apparatus, before formalin injection and after 30 min formalin injection. 30 and 60 min after drug administration rat paw oedema volume was measured each and every group. The average paw swelling in the groups of extract treated rats were compared with control group and change in oedema was calculated. Result is represented in Table 2 and Fig. 5.

Statistical Analysis: The results were expressed as Mean ± SEM. The Dunnett’s test was used to make a statistical comparison between the control and standard as well as test groups. The results obtained by statistical comparison with P < 0.01 and P < 0.05 was considered as significant. Percentage inhibition was calculated using formula % Inhibition = D0-Dt/D0×100 where D0 was the average inflammation of the group of rats after 30 min treatment of  formalin; and Dt was the average inflammation of the drug treated rats  after 30 and 60 min. Result is represented in Table 3 and Fig. 6. 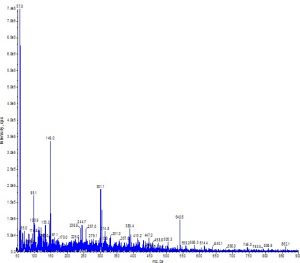 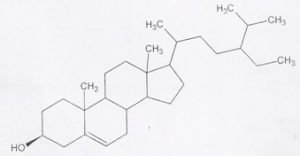 Pharmacological Study: Acute oral toxicity study revealed that no lethality and mortality was found in animals in increasing dose of 50mg to mg/kg of body weight. The present study revealed that positive anti-inflammatory activity was found in extracts of Woodfordia fruticosa stems bark in formalin induced rat hind paw oedema method. Inflammation is biological responses which remove the injurious stimuli and initiate healing process for tissues 14. 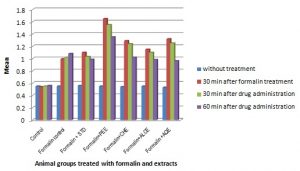 Present study showed that the all extracts of W. fruticosa barks possessed a significant anti-oedematogenic effect on paw oedema induced by formalin (Table 2, Fig. 5). In this study the result exhibited that the paw volume was decreased when time was increased, that is inhibiting the swelling of rat paw oedema and release of chemical mediators like histamine, bradykinin, serotonin and prostaglandin etc. Formalin induced rat paw oedema test for acute inflammation has been used to evaluate anti-inflammatory effect of various extracts of barks of W. fruticosa, respectively.

Inflammation was produced in albino rats by injection of 0.1ml of 1% w/v formalin into the sub plantar region of left hind paw. The paw volume was measured using mercury displacement technique with the help of plethysmograph at 0 min, 30 and 60 min respectively. The effect of extracts 200mg/kg and reference drug analgin on formalin induced oedema after 1 hr showed more reduction in swelling. Maximum percentage inhibition had been found in aqueous extract (27.12%) of W. fruticosa   bark in comparison to other extracts. Reference drug (analgin) % inhibition was found 21.5% (Table 3, Fig. 6).

Preliminary phytochemical screening revealed that phyto-constituents present in bark were flavonoids, steroids, glycosides and tannin. Varieties of phytochemicals flavonoids, terpenoids, alkaloids and saponins are possess anti-inflammatory property 20. Flavonoids inhibits biosynthesis of prostaglandins which is the end product of COX and lipoxygenase pathways, which acts as a secondary messengers and are involved in various immunologic responses 21 - 23. Spectroscopic analysis and interpretation of spectrum data revealed that may be β- sitosterol present in plant bark. β- sitosterol shows properties of anti-inflammatory and anti-pyretic activity 24. The anti-inflammatory property of all extracts of Woodfordia fruticosa stem barks was may be due to the presence of β- sitosterol which could be the neutralization of release of histamine and serotonin.

CONCLUSION: In conclusion the neutralization of histamine and serotonin release on rat paw inflammation may be due to the presence of phytoconstituents flavonoid, and steroids glycosides or chemical compound β-sitosterol. Anti-inflammatory activity of aq. extract of W. fruticosa bark was shown significant may be due to the presence of β-sitosterol. This study has established that aqueous extract had maximum anti-inflammatory activity which can be important in drug development for formulation of single or multi herbal drugs especially in the area of inflammation.