Thus it is obvious that there is need of a cost effective and much safer alternative, Aloe vera is showing a lot of promise and hence chemists all over the world are trying to harness the anti-inflammatory potential of an Aloe vera.

Aloe vera has been described as a “magic bullet” in various literatures but when examined closely and thoroughly it is not one but many magic bullets that combine to create the magic of the Aloe vera 1. It is the unique composition of Aloe vera that gives this plant an innumerable biological activities leading to a creation of a myth of it being a miracle plant.

Plant materials/Chemical analysis: Commercial Aloe vera was obtained as a solid residue by evaporating the yellow exudates, which drains from the leaves cut from Aloe vera plants. This solid residue of Aloe vera leaves weighed around 620g. This dry powder was subjected to double maceration process with ethanol (50%). The obtained yield positively responded to the test for anthraquinones, glycosides such as modified Borntrager test, borax test, bromine test etc 4.  These Aloe vera gel extract was diluted in water for easy administration in rats and mice for oral route.

Toxicity study: This was carried out on male and female mice weighing around 25 - 30g. LD50 value was determined by “Staircase or up and down” method. Five groups of 2 mice each were taken and were given single dose of Aloe vera  extract, doses were started with 50mg/kg, the subsequent doses were then increased by factor 1.5, if the dose was tolerated or decreased by factor 0.7, if the dose was lethal and observed for a period of 24hrs for any mortality 5.

Animals: Experimental studies were performed on albino rats of either sex, weighing about 150-200g, divided into 5 groups in acute and chronic inflammation study while 4 groups in ulcer potential and immunomodulatory study. Aspirin (100mg/kg in rats) was used as standard drug. All the animal experiments were approved by the Institutional animal ethics committee (IAEC) approval number is BJMC/EC-01/09/2002.

Carrageenan Induced Rat Paw Edema: Edema was induced by injecting 0.2ml of carrageenan (1%w/v) into the sub plantar region of the right hind paw. After 1h, Aloe vera gel extract was given by oral route. The dosage details are given in Table 1. One group served as control and was given only vehicle. The other group received aspirin as a standard control drug. The volume of the paw was measured with plethysmograph before and after drug given upto the 6h. Results were determined as the increase in percentage edema upto 6h as compared to both control groups (i.e. +ve and –ve control group) 6, 7, 8, 9.

Cotton Pellet Induced Granuloma in Rats: Autoclaved cotton pellets (10mg each) were implanted subcutaneously by incision on the back under ether anaesthesia. Drugs were administered orally for 5 days. Animals were sacrificed on the day 5 and the granuloma was dissected out, dried in an oven at 60 oC. The weight of granuloma was calculated by measuring the difference between this weight and initial weight. This difference in weight was taken as the parameter for the comparison of the anti-inflammatory activity of the test drug 10.

Ulcer potential: Gastric irritation properties of orally administered compound were evaluated in fasted rats. After treatment, with test extract, the animal were sacrificed at 5h and 7h from each test group and compared with aspirin group 11.

The stomach was removed and inspected for signs of irritation and ulcer 11.

Rats received test extract orally daily for 28 days. On the 29th day, the animals were subjected to the immunological screening. At the end of the drug treatment phase, drop of blood collected on clear, dry glass slide and placed in a moist chamber to permit the adherence of PMNs 12.

After which the clot was gently removed without disturbing the adherent PMNs that covered with a suspension of Candida albicans cells and incubated for 1 hour. The slide the stained with Giemsa stain and the effect of Aloe vera on phagocytic activity expressed as “percentage of PMNs showing phagocytosis and average number conditional Candida cells per PMNs 12.

Data analysis: The data are expressed as mean ± SEM. Statistical analysis was performed by unpaired and paired “t” test 13.

RESULTS: Aloe vera gel extract in the dose 100mg/kg and 200mg/kg exhibited significant (p<0.001) anti-inflammatory activity as compared to control group while at a dose of 400mg/kg show good anti-inflammatory activity in acute model Table 1. In chronic model of inflammation, Aloe Vera gel extract did not show any significant reduction in weight of granuloma with any of 3 doses, when compared to both control and aspirin groups Table 2. 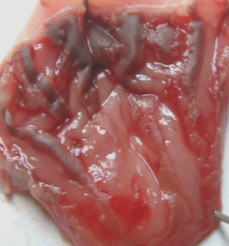 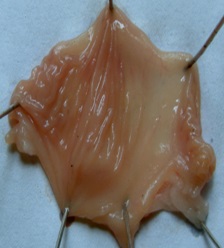 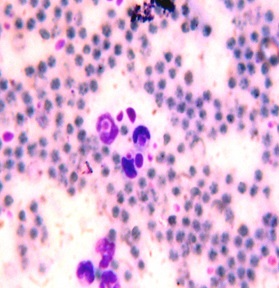 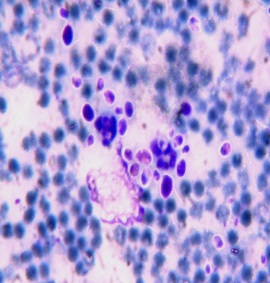 DISCUSSION: The results of the present investigation suggest that Aloe vera gel extract produced acute anti-inflammatory effect. Carrageenan induced inflammatory process is believed to be biphasic. The initial phase seen at the 1st 3h is attributed to release of histamine and Serotonin. The 2nd accelerating phase of swelling is due to the release of PGs, bradykinin, and lysozyme. It has been reported that the 2nd phase of edema is sensitive to both clinically useful steroidal and nonsteroidal anti-inflammatory agents 14.

These results provide a scientific basis for the utilization of this herb in traditional medicine for the treatment of inflammatory disease. The test drugs have been found to be effective in acute models further tests are needed to explore the extract active principles responsible for the anti-inflammatory and immunostimulatory activity.