INTRODUCTION: Nature has wealthy medicinal resources which can cure the ailment of humanity.

Traditional medicine becomes an integral part of patient care and around 80% of the world’s population depends wholly or partially on traditional medicine for its primary health care needs 1. Phytochemicals obtained from medicinal plants became sources for getting novel drugs in traditional systems of medicine, modern medicines, nutraceuticals, food supplements, folk medicines, pharmaceutical intermediates, bioactive principles and lead compounds in synthetic drugs 2. The Ayurvedic remedies, which are both preventive and therapeutic, are mostly of plant origin 3. Preclinical studies with experimental animals have shown that many of the commonly used Ayurvedic plants are effective and have the potential to be of human use in future 3.

Aegle marmelos (L.) Correa (A. marmelos), commonly known as Bael belonging to the family Rutaceae, has been widely used in indigenous systems of Indian medicine due to its various medicinal properties. A. marmelos is native to Northern India, but widely found throughout the Indian Peninsula and in Ceylon, Burma, Bangladesh, Thailand and Indo-China 4. It is a medium to large sized deciduous glabrous, an armed tree with the axillary and 2.5 cm long alternate, trifoliate leaves, short flower, and globular fruits 4. According to Charaka (1500 BC), the high priest of Ayurveda, Bael is one of the most important medicinal plants in Ayurveda, which has been in existence for a long time and is extensively used by inhabitants of India 5. A sweet drink prepared from the ripe fruit pulp of Bael is supposed to be effective against bacillary dysentery. The unripe fruits of Bael are reported to be useful in treating diarrhea, dysentery with spells of constipation, and stomach aches 5. The roots are also one of the important ingredients of the Ayurvedic traditional drug Dashamula, a panacea for colitis, dysentery, diarrhea, flatulence, and fever 5. The leaves are supposed to reduce bowel complaints, bleeding piles, dropsy (edema), diarrhea, and dysentery 5.

The essential oil and extracts obtained from wild varieties of A. marmelos reported for several biological activities such as antidiarrhoeal, Radiation protection, anticancer, Antipyretic, ulcer healing, chemoprevention, antigenotoxic agent, diuretic, anti-inflammatory, and anti-fertility 6. However antibacterial and anticancer activity of the different solvent extract of A. marmelos is not yet reported. Solvents with different polarity can extract different bioactive compounds with diverse combinations from plants. Further, this could pave the way to achieve synergistic bioactive active efficacy of plant extracts. To address this issue in this study A. marmelos leaves extracted with acetone, methanol, ethanol, and chloroform and extracts were subjected for antibacterial activity against gram positive and gram negative bacteria and anti cancer activity.

Plant Materials:  The fresh leaves of A. marmelos were collected from Foundation for Revitalization of Local Health Traditions, Bangalore, India (Latitude 12.9715987; Longitude 77.5945627). The voucher specimen (no. 2332) stored in the department of Botany, Periyar University, Salem.

Preparation of Plant Leaves Extracts: The fresh leaves of A. marmelos were collected from Foundation for Revitalization of Local Health Traditions, Bangalore, India and the fresh leaves were washed in running tap water, after it allowed to shade dried for 10 days and made into a fine powder of 40 meshes in size using the laboratory mill, 100 g of powder was filled in the thimble and extracted successively with 70% acetone, methanol, ethanol and chloroform taken in a clean flat-bottomed glass container and soaked for 72 h at room temperature. The container was sealed and kept into shaking chamber at three days for accompanying occasional shaking. Then the whole mixture was underwent a coarse filtration by a piece of clean, white cotton material. The extract was filtered through Whatmann no.1 filter paper, and it removes all unextractable matters, including cellular materials and other constitutions that are insoluble in the extraction solvent. The entire extracts were concentrated via dry air. The extracts were stored in sterile bottles at room temperature for further use.

Agar Well Diffusion Assay: The agar well diffusion method as adopted earlier (Perez and Bezique, 1990) briefly 0.1 ml of diluted inoculums (10-5 CFU/ml) of test organisms was swabbed in the agar plates. Wells of 8 mm diameter were punched into the agar medium and filled with 100 µl (150 mg/ml) of each plant extract. Plant crude extracts were diluted in the range of 10-1, 10-2, 10-3 and 100 µl from the stock solution of tested extracts concentration of 50 mg/ml was added in the plates, solvent blank to which the test bacteria were sensitive. The plates were incubated for 24 h at 37 °C. Antimicrobial activity was evaluated by measuring the zone of inhibition against the test organism 9.  Top of Form

Time-Kill Assay: The time-kill assay was performed by the broth macro dilution technique 10. The extracts were incorporated into 50 µl of nutrient broth, were used for control medium untreated culture at of Luria broth at different hours, with the extract and the respective alone at the test organism to a final inoculums density of approximately 10-5 CFU/ml. Immediately after inoculation, aliquots (100 µl) of the negative control 18 h culture flasks were taken, respectively while in case of Gram-positive the combination of plant extract and range from at the 3, 6, 9, 12, 15, 18, 21, and 24 h time intervals, Death time was to determine the rate of bactericidal activity. Acetone extract of A. marmelos leaves was evaluated for the bactericidal activity effect against Serratia marcescens. The culture was harvested and added in the Luria broth for 3 ml in 27 test tube were taken and adding the 5% bacterial inoculums of 18 h fresh culture. The culture was incubated at different time intervals in orbital shaker 120 rpm for 24 h by measuring the optical density (OD) at 640 nm.

Cell Lines and Culture Method: MDA-MB-231, HEp-2, and Vero cells were purchased from ATCC, USA these cells were cultured in DMEM, MEM and RPMI 1640 medium respectively with 10% fetal bovine serum and 1% antibiotics (Penicillin / Streptomycin) and maintained in humidified cell incubator at 37 °C and 5% CO2.

Drug Preparation: Stock solution of ethanol and methanol extracts of A. marmelos was prepared in dimethylsulfoxide (DMSO). Different concentrations of (25, 50, 75 and 100 µg/ml) of extracts were prepared.

3- (4, 5- dimethyl thiazolyl- 2)- 2, 5-diphenyl-tetrazolium bromide (MTT) assay: MDA-MB-231, HEp-2, and Vero cells (1X105/well) were seeded in 96 well plates (100 µl/well) and allowed to adhere firmly overnight in DMEM, MEM and RPMI 1640 medium  respectively with 10% FBS. Then cells were treated with different concentration of freshly prepared extracts for 24 h. Then the medium was removed, and cells were incubated with MTT reagent (5 mg/ml) for 4 h and violet crystals dissolved in DMSO and absorbance was read at 540/690 nm. The absorbance of control (without treatment) was considered as 100% cell survival. Doxorubicin was used as positive control.

Statistical Evaluation: Data presented as mean ± SD of two duplicates of three independent experiments. Experimental data were evaluated by students‘t’ test and one or two-way analysis of variance (ANOVA). A significant difference between each set of data was considered at the confidence level of p<0.05 and p<0.001.

Phytochemical Analysis: Qualitative phytochemical analysis revealed that active phenolic compounds such as alkaloids, flavonoids, tannins, and saponins were present in acetone, methanol, ethanol and chloroform extracts of A. marmelos Table 1. 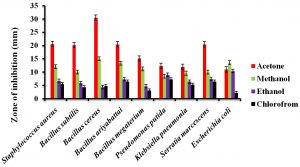 FIG. 1: ANTIMICROBIAL ACTIVITY OF FOUR EXTRACT FROM A. MARMELOS 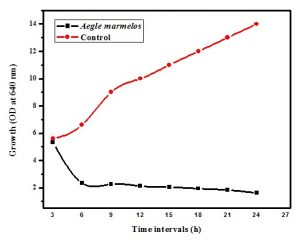 FIG. 2: IN-VITRO TIME-DEPENDENT KILLING ASSESSMENT OF THE CRUDE ACETONE EXTRACT OF A. MARMELOS AGAINST SERRATIA MARCESCENS

Further, both MDA-MB-231 and HEp-2 cells lost their adherence and morphology and were found to be necrotic based on their size and shape after 24 h of treatment with different concentrations of extract (data not shown). Conversely, the normal Vero cells withstood A. marmelos treatment, indicating that acetone and methanol extracts of A. marmelos have a specific chemo-sensitization property towards tumor cells.

TABLE 2: IC50 VALUES OF METHANOL AND ETHANOL EXTRACT OF A. MARMELOS ON DIFFERENT CELL LINES 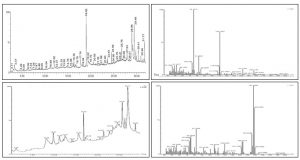 FIG. 5: GC-MS CHROMATOGRAM OF ACETONE EXTRACT OF A. MARMELOS 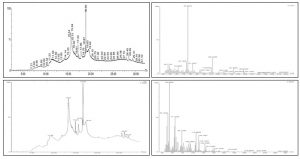 FIG. 6: GC–MS CHROMATOGRAM OF METHANOL EXTRACT OF A. MARMELOS

TABLE 3: PHYTOCOMPONENTS IDENTIFIED IN THE ACETONE AND METHANOL EXTRACT OF A. MARMELOS BY GC-MS

DISCUSSION: Traditional use of plants as medicines provide the basis for indicating which plant-based formulation useful for specific therapy. Finding a drug from natural sources is always encouraged by world health organization due to its less toxic nature. Emerging drug resistance of infectious bacteria and cancer cells is remain resolvable challenges, and it demands the need of new formulation which can overcome clinical hurdles. In this study, we tested antibacterial and anticancer activity of A. marmelos extracts. Agar well dilution method was employed to assess the antibacterial activity of extracts. It is well reported that gram-positive bacteria are more sensitive than gram-negative bacteria to plant-based organic extracts 11.

In our study, all the tested bacteria are sensitive to extracts.  Interestingly, Serratia marcescens was found to be more sensitive while Klebsiella pneumonia was found to be less sensitive to plant organic extract than other organisms. The antimicrobial action might be due to the presence of compounds like terpenoids, tannins, deoxy sugars, saponins, phenolic compounds, and flavonoids. The antibacterial activity principles or chemical constituents can be effectively extracted only through the organic solvent medium 12. Previously extract of A. marmelos has shown antimicrobial activity against Vibrio cholerae, Salmonella typhimurium, Klebsiella pneumonia, Escherichia coli, Pseudomonas aeruginosa, Bacillus subtilis and Staphylococcus aureus 13.

Similarly, aqueous, acetone and the petroleum ether extract of A. marmelos leaves were found to be effective against Bacillus coagulans, Bacillus subtilis, Bacillus thuringiensis, Pseudomonas aeruginosa and Staphylococcus aureus 6. Noticeably presence of terpenes, phenolic compounds of A. marmelos exhibited antibacterial and antifungal activity 4. In-vitro time-kill assays are expressed as the rate of killing by a fixed concentration of an antimicrobial agent which is a reliable method for determining tolerance 10. In this study, we found time-dependent growth inhibition of S. marcescens upon acetone extract treatment. After 24 h, the growth pattern of S. marcescens has been declined significantly and indicates that bactericidal efficacy of A. marmelos.

Further, we found the significant anti-cancer potential of A. marmelos extracts (methanol and acetone) on tumor cells such as (MDA-MB-231 and HEp-2) by sparing normal Vero cells. As per the guidelines of the National Cancer Institute, USA, we set 24 h as a treatment period and since this time point is widely used for initial drug screening. A limitation of our study is that we did not include respective normal cells of tumor tissue origin; instead, we used vero cells as a normal control for the in-vitro MTT assay. Vero cells are fibroblasts derived from the adult African monkey kidney 14 fibroblastic cells are known to be associated with every tissue. Also, fibroblast cells support tissue architecture and play a pivotal role in drug response.

Some in-vitro anti-cancer studies used vero cells as normal controls to screening crude extracts. Chemosensitive property of acetone and methanol extract of A. marmelos towards tumor cells is not clear. However, it is attributed that synergistic mixture of compounds present in the extracts could induce irreparable DNA damage or induced apoptosis in cancer cells. The molecular mechanism of A. marmelos extracts induced cancer cell death should be studied in detail.

Also we found the significant anti-cancer potential of A. marmelos extracts (methanol and acetone) on tumor cells such as (MDA-MB-231 and HEp-2) by sparing normal vero cells. Isolation and characterization of active principles from A. marmelos extract are warranted to define antimicrobial and anti-cancer formulation.