ABSTRACT: Artocarpus heterophyllus is an evergreen tree cultivated and consumed throughout Nepal; however, its seed has been neglected as compared to the fruit. The sample was screened for phytochemical evaluation, and general tests, DPPH activity, antibacterial activity, and total flavonoid content was also measured. Also, the potential of its use as functional food was highlighted. Phytochemical analysis revealed the presence of flavonoid in both seed and peeled whereas alkaloid and saponin were detected in peel only. The general tests revealed that acid value (8.52), saponification value (14.02), ester value (5.49) as well as moisture content (12.37%) were low. Further, DPPH scavenging assay shared that the peel (IC50 70.97 µg/ml) has better antioxidant activity than seed (IC50 199.12 µg/ml) which could be correlated to total flavonoid content (132.05 ± 19.46 mg QE/g dry extract of peel and 67.38 ± 11.51 mg QE/g dry extract of seed). Anti-bacterial activity of seed was detected against Proteus mirabilis and Salmonella entericatyphi only while that of peel was not detected. Various researches support the fact that seed possesses various micro and macro nutrients making it promising functional food which could be brought forth in the market as confectionary, snack, and powder upon processing.

INTRODUCTION: Nepal is a developing country rich in biodiversity; hence, traditional medicinal practices are widely practiced throughout the country by indigenous people in their respective communities 1. Medicinal plants have several biologically important factors which have proved effective just as much as allopathic drugs 2.

Artocarpus heterophyllus or “Artocarpus heterophyllus” belongs to the Moraceae family 3. It is believed to have originated in the rainforests of South Western India. A. heterophyllus is the largest tree-born fruit found throughout the world. It can weigh up to 45 kg 4. Among the non-timber producing permanent crops, the total area of holding is 433.1 Hectare with a total number of productive trees being 139.6 thousand (75.4%) and 45.6 thousand (24.6%) non-productive trees among total 185.2 thousand trees.

A. heterophyllus is commonly called jackfruit in English and Kathar in Nepali. It is found in lowland forests up to 250 m (820 ft.), decreasing in abundance up to 1000 m above sea level. In Nepal, it is distributed throughout to about 800 m, cultivated on private lands around villages. The most suitable climate for A. heterophyllus is a moist tropical environment below 1000 m (3300 ft.) 5, 6. The tree is Medium size with height about 8-25 m; canopy diameter is 3.5-7 m at 5 yrs of age. The diameter of the stem is 30-80 cm. The flower is Monoecious, tiny and pale green at young, turns darker with age. Leaves are dark green, alternate, entire, simple, glossy, leathery, 4-25 cm long and 2-12 cm wide, oblong, elliptic or oval, often deeply lobed when juvenile. Compound or multiple fruits (Syncarp), largest of all cultivated tree-borne fruit, oblong to cylindrical, typically 30-40 cm in length but sometimes can reach 90 cm, weight is about 4.5-30 kg and maximum weight reported is 50 kg.

MATERIALS AND METHODS: Seeds of A. heterophyllus were collected from different localities of Kaski, Nepal during August 2016. Only mature and healthy seeds were collected, and any dirt, dust or insects on surfaces was removed. Herbarium of the collected specimen of the plant was prepared and preserved in the Pharmacognosy Laboratory of School of Health and Allied Sciences, Pokhara University, Nepal. For further confirmation, the prepared herbarium was sent to National Herbarium Research Laboratory, the Godavari, Lalitpur for identification and confirmation that the species used is heterophyllus with voucher specification number having 451.

The collected seeds were washed and cleaned. The seed’s peel was also removed, and both were left for shade drying for one week. After complete drying, the seeds and peel were crushed and ground to the coarse powder of required size for extraction.

Anti-Oxidative Activity: 10 Methanolic solutions of each extract at various concentrations (1, 10, 100 μg/ml) was mixed with 100 μM DPPH solution. After mixing the mixture was incubated for 30 min at room temperature in the dark and the absorbance values were measured at 517 nm using UV- Visible Spectrophotometer in terms of change in color from violet to pale yellow. The absorbance of ascorbic acid was also measured using the same procedure. The scavenging activity against DPPH was calculated using the following equation:

Anti-Bacterial Assay: 11 Disc diffusion method was used for determining antimicrobial activity. The MHA agar medium was prepared and sterilized at 121 °C for 20 min in the autoclave. 20 ml of this sterilized agar medium were poured into each sterile petri dish under aseptic conditions and allowed to settle. A sterile cotton swab is dipped into the bacteria suspension, compared with McFarland standard was inoculated in the agar medium. After drying the agar plate for 5 min extract disc was gently placed on top of the agar medium. Methanolic extracts of plant sample were dissolved in 10% DMSO to make 100 mg/ml stock solution. Plant extracts disc (1 mg/ml) and reference antibiotics were allowed to diffuse for 1 hrs into the plates and then incubated at 37 °C for 24 h. The results were obtained by measuring the zone of inhibition. Azithromycin (15 mg/disc),cefoxitin (30 mg/disc) and ciprofloxacin (5 mg/disc) were used as the standard antibiotics.

Flavonoid Content: 12 Aluminium chloride method was used for determining total flavonoid content. 1 ml of 1 mg/ml plant extract was added with 4 ml of distilled water and 0.3 ml of 5% sodium nitrate solution. Then it was allowed to remain for 5 minutes and 0.3 ml of 10% of aluminum chloride was added, followed by addition of 2 ml of 1M sodium hydroxide. Then, absorbance at 510 nm in UV spectrophotometer was taken. It was expressed as µg of Quercetin equivalent per mg of the plant extract 13.

Data Analysis: All data analysis was performed using Microsoft Excel, and the data are expressed as Mean ± SD. Where necessary, the results are represented in Pie charts and Bar Diagrams.

Yield Value: Percentage yield of an extract of seed and peel was found to be 2.13% and 3.36% respectively.

The absorbance of each solution was measured, and the result of DPPH radical scavenging activities of A. heterophyllus seed and its peel extracts are represented as follows: 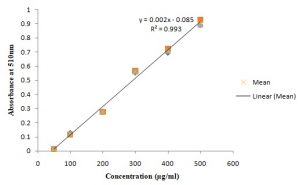 TABLE 4: ANTIBACTERIAL ACTIVITY OF A. HETEROPHYLLUS AND SEED EXTRACTS AGAINST TEST ORGANISM

Note: (-) Indicates the absence of a zone of inhibition. Values are mean inhibition zone (mm) ±SD

The saponification value (14.02) obtained for A. heterophyllus seed is lower than those of typical seeds such as soybean, peanut, sunflower, and avocado whose average saponification values range from 175-250 14. The acid value obtained for A. heterophyllus seed was 8.52 which is relatively low indicating that the seed will protect against rancidity and peroxidation and is also attributed to the presence of natural anti-oxidants such as vitamin A and C as well as other phytochemicals like flavonoid also indicating that the seed is edible. The ester value (5.49) obtained in this study is much lower than other edible seeds 15. The dried seeds of A. heterophyllus contained 12.7% of moisture-retaining them safe for long-term storage without spoilage and microbial contamination which is an important attribute that can be used to our benefit in bringing forth the seed as functional food 16.

The methanolic extract of seed and peel of A. heterophyllus exhibited low and considerable antioxidant activity by DPPH free radical scavenging assay with IC50 value of 199.12 µg/ml and 70.97 µg/ml respectively as compared to standard (ascorbic acid = 8.14 µg/ml) which may be due to scavenging activity of polyphenolic compounds like flavonoids, tannins and phenolic acids; which is mainly due to their redox property 17-20. This finding correlates with the flavonoid content observed in the present study. The difference in observed anti-oxidant activity in this study from those of previous studies could be due to the difference in solvents used in the extraction and also due to difference in polarity of polyphenols present in the seed.  Previously no study has been done in peels of A. heterophyllus seed, and in this study, the peel is more potent anti-oxidant than seed in case of methanolic extract 21.

The methanolic extract of seed showed anti-bacterial activity against Proteus mirabilis and Salmonella enterica typhi but was absent in other bacteria species. The antibacterial activity of peel extract was absent for all bacterial species. Result of the anti-bacterial test shows that seed extract has greater zone of inhibition for Salmonella enterica typhi than for Proteus mirabilis. This variation in zone of inhibition and our finding from previous findings may be due to the difference in composition of bioactive molecules present in extracts or due to their mechanism of action on gram-positive and gram-negative bacteria.

In the present study, the total flavonoid content of peel and seed of A. heterophyllus were found to be 132.05 ± 19.46 mg QE/g dry extract and 67.38 ± 11.51 mg QE/g dry extract. The free radical scavenging activity of peel and seed has been found to correlate to the amount of flavonoid present suggesting that anti-oxidant activity may be due to flavonoid present which is further supported by previous studies done in this plant 21.

A. heterophyllus seed and its peel could be refined and processed and developed as a nutraceutical and functional food to be used for culinary purposes or as a dietary supplement. From the present study, the seed has been found to have low moisture content and acid value which is a desirable property of the seeds that requires long-term preservation without risk of microbial contamination and rancidification. Thus, it could be processed and developed into small packages as snacks. A. heterophyllus seed has negligible fat content and hence can be used as a fat free diet 22. Also, seed could be powdered and used in baking and preparing various cuisines such as chapatti, dosa, idli, dumplings, and bakes. A. heterophyllus seed powder has low water and oil absorption; hence can also be used in the preparation of fried foods. From the ethnomedicinal survey, it has been found that seed’s peel has been discarded because of difficulty in consuming at hend due to general public having the misconception that peels are useless. However, from the present study, it has been found that peel has promising future prospects. Therefore, peel could be powdered and processed into confectionaries by adding sweetener, since it has an unpleasant taste, and brought forth as a functional food in the market.

CONCLUSION: Phytochemical screening, general tests, anti-oxidative activity, and anti-bacterial activity were performed. The total flavonoid content of the two extracts was also evaluated. Phytochemical screening indicated the presence of flavonoid in both seed and peeled whereas alkaloid and saponin were present in peel only. The peel showed higher flavonoid content, which could be co-related to its higher anti-oxidative activity. The general tests revealed that acid value, saponification value, ester value, as well as moisture content were low. Anti-bacterial activity test showed anti-bacterial potency only in seed and only against Proteus mirabilis and Salmonella entericatyphi. Based on this study, it can be concluded that the seed and peel have abundant medicinal properties and health benefits. Hence, it can be processed and refined and introduced to the market as a nutraceutical and functional food.

ACKNOWLEDGEMENT: We are very grateful to Pokhara University, Pokhara, Nepal family for providing us the opportunity to conduct this research. Special thanks to Mr. Mahendra Adhikari, Mr. Gopal Lamichhane, and Mr. Grinsun Sharma for their immense help and support.

CONFLICT OF INTEREST: The authors have no conflicts of interest to declare that they are directly relevant to the content of this manuscript.