ANTIFUNGAL ACTIVITY OF TRYPSIN INHIBITORS FROM THE SEEDS OF ABELMOSCHUS MOSCHATUS

ANTIFUNGAL ACTIVITY OF TRYPSIN INHIBITORS FROM THE SEEDS OF ABELMOSCHUS MOSCHATUS

ABSTRACT: The aim of the present study was to investigate the antifungal potential of trypsin inhibitors (AMTI-I and AMTI-II) isolated from the seeds of Abelmoschus moschatus on selected pathogenic fungal strains. The purified inhibitors have been found to be homogenous by the criteria of native PAGE and gel filtration with apparent molecular weights of 22.4kDa and 21.2 kDa as judged by SDS-PAGE. While both the inhibitors were strongly active against bovine trypsin, they showed moderate effect on porcine elastase. AMTI-I and AMTI-II significantly affected the growth of Candida albicans, Candida tropicalis, Asperigillus flavus, Saccharomyces cerevisiae, Candida glabrata and Asperigillus niger with notable zones of inhibition. The inhibitors, however, did not show any inhibitory effect on the growth of other fungal strains- Fusarium oxysporum, Alternaria alternate, Mucor indicus and Penicillium chrysogenum. The fungicides, Flucanazole and Ketoconazole were used as positive controls in this study. Results obtained suggest that AMTI-I and AMTI-II may be regarded as excellent candidates for the development of novel antimicrobial agents against human pathogenic diseases.

INTRODUCTION: Plants actively react to pathogen and insect attack by producing various classes of proteins such as thaumatin-like proteins, lectins, thionins, ribosome inactivating proteins, chitin binding proteins, protease inhibitors etc. as defensive agents1. Protease inhibitors are proteins capable of inhibiting the catalytic activity of proteolytic enzymes and are widely distributed in plants, animals and microorganisms. These inhibitors play essential roles in blood coagulation system, compliment cascade, apoptosis, cell cycle and hormone processing pathways 2. They are also involved in the treatment of human pathologies such as inflammation, hemorrhage 3 and cancer 4. In plants, they are abundant in storage organs such as seeds and tubers.

In addition to regulating endogenous proteinase activities, the inhibitors are also involved in plant defense mechanisms against insects, fungi and other pathogenic microorganisms 5-8.

In recent years, appearance of new mutant strains of microorganisms resistant to commonly used antibiotics have stimulated a systematic analysis of natural products for fungicidal properties having therapeutic applications. Of late, protease inhibitors are chosen as new drugs in highly active antiretroviral combination therapy, increasing life expectancy in HIV-positive patients. Many phytopathogenic fungi are known to produce extracellular proteinases 9 which may play an active role in the development of diseases 10. In response to such attack by proteinases, plants synthesize inhibitory polypeptides that can suppress the enzyme activities. This phenomenon was first recorded in tomatoes infected with Phytophthora infestans 11. In this case, increased levels of trypsin and chymotrypsin inhibitors correlated with the plants resistance to the pathogen.

Even though AMTI-I and AMTI-II were found to be very active against trypsin, their influence on the growth of fungi is not yet examined. In view of the importance of protease inhibitors as defensive agents and seeds of Abelmoschus moschatus being a potential source of protease inhibitors, the present investigation was undertaken to study the antifungal properties of trypsin inhibitors isolated from the seeds of Abelmoschus moschatus on selected fungal strains.

Abelmoschus moschatus plants bearing pods of uniform size were selected in and around Visakhapatnam district. Pods were collected at the ripening stage and seeds removed from the pods were used for the isolation and purification of trypsin inhibitor.

All other chemicals used were of analytical grade.

The dialyzed sample was loaded on a DEAE-cellulose column and the elution was performed with 0.1- 1.0 M NaCl in the buffer. Fractions of 8 ml were collected at a flow rate of 60 ml/h and were assayed for protein by measuring their absorbance at 280 nm as well as the inhibitory activity against trypsin using BAPNA as the substrate.

Protein from the previous step was loaded on Sephadex G-100 column and eluted with the same buffer. Fractions (2 ml) were collected at a flow rate of 12 ml/ h and the protein was monitored by measuring the absorbance at 280 nm. The trypsin inhibitory activities of the fractions were assayed using BAPNA as the substrate. Fractions containing the trypsin inhibitory activities were pooled, dialyzed against distilled water at 4-6°C and then lyophilized.

Protein was estimated by the method of Lowry17 using bovine serum albumin as the standard.

Molecular weight of the inhibitor was determined by SDS-PAGE using the method of Laemmli 18 and also by gel filtration on Sephadex G-200 column.

The inhibition of inhibitor was established by first assaying the proteinase activity of the enzyme on an appropriate substrate and then incubating a fixed amount of the enzyme with various amounts of the inhibitor and assaying the residual enzyme activity. Trypsin activity was assayed by the method of Kakade19 using BAPNA as the substrate. Trypsin (30μg) in 2 ml water was incubated with 7 ml of substrate solution at 37°C for 10 min. The reaction was stopped by adding 1 ml of 30%(v/v) acetic acid. The absorbance of the solution was measured at 410 nm against an incubated blank containing 2 ml of water instead of trypsin solution.

Antifungal activity of AMTI-I and AMTI-II was performed using the agar well diffusion method 20. The cultures of 48 h old grown on potato dextrose agar (PDA) were used for inoculation of fungal strains on PDA plates. An aliquot (0.2 ml) of inoculum was introduced to molten PDA and poured into a petridish by pour plate technique. After solidification, the appropriate wells were made and they were filled with the buffer containing 50 - 100 µg of each of the inhibitor and allowed for diffusion of inhibitors for 45 min. The plates were incubated at 25°C for 48 h. The fungicides, Flucanazole and Ketoconazole replaced the inhibitors in the positive control. The inhibition zones were measured with antibiotic zone scale in mm and the experiment was carried out in triplicates.

Minimum inhibitory concentration (MIC) assay: Minimum Inhibitory Concentrations (MIC) of both the inhibitors were determined according to the method of Elizabeth 21. A series of two fold dilution of each inhibitor, ranging from 500-2000 µg/ml, was prepared. After sterilization, the medium was inoculated with the aliquots of culture containing spores / slant cultures and incubating for 48 h in aseptic condition and transferred into sterile      6 inch diameter petri dishes and allowed to set at room temperature for about 10 min and then kept in a refrigerator for 30 min.

After the media was solidified, wells were made and different concentrations of each inhibitor ranging from 25-2000 µg/ml were added to the wells of each petri dish. The blank plates were without inhibitors. Inhibition of the growth of the organism in the plates containing inhibitor was judged by comparison with the growth in the control plates. The MICs were determined as the lowest concentration of the AMTI inhibiting visible growth of each organism on the agar plate.

RESULTS AND DISCUSSION: Two trypsin inhibitors from Abelmoschus moschatus seeds were purified to homogeneity following conventional methods of protein purification such as thermal denaturation, ammonium sulphate fractionation and ion exchange chromatography on DEAE-cellulose and gel filtration on Sephadex G-100. When the ammonium sulphate fraction was subjected to DEAE-cellulose column chromatography, trypsin inhibitory activity was found to be associated not only with protein present in the void volume, but also with the proteins bound to the matrix.

A weakly bound protein eluted by 0.1 M NaCl showed trypsin inhibitory activity. These fractions were assayed for the inhibitory activity against trypsin using BAPNA as the substrate. These two inhibitors were designated as Abelmoschus moschatus trypsin inhibitors, AMTI-I and AMTI-II, in the order of their elution from DEAE-cellulose column. Both the inhibitors eluted out as a single protein when subjected to gel filtration on Sephadex G-100.  The purification of these inhibitors is summarized in Table 1. Yields of AMTI-I and AMTI-II were 11.21% and 16.81%, respectively.

The molecular weights of AMTI-I and AMTI-II, as determined by SDS-PAGE were found to be 22.4kDa and 21.2 kDa, respectively. These values were close to those obtained with gel filtration on Sephadex G-200 (Fig.1). Trypsin inhibitors gave a single sharp band on SDS-PAGE even in the presence of 2-mercaptoethanol supporting the monomeric nature of the protein.

*Yield and fold purification were calculated on the basis of TIU and TIA respectively. 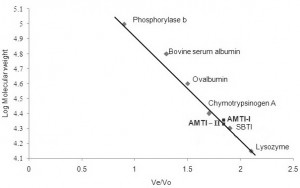 Table 2 shows the effect of AMTI-I and AMTI-II on the growth of fungal strains. Both the inhibitors significantly affected the growth of Candida albicans, Candida tropicalis, Asperigillus flavus, Saccharomyces cerevisiae, Candida glabrata and Asperigellus niger with zones of inhibition recorded as 19 mm, 20 mm, 17 mm, 17 mm, 18 mm and 20 mm for AMTI-I and 21 mm, 21 mm, 19 mm, 19 mm, 20 mm and 21 mm for AMTI-II respectively. The inhibitors did not exhibit any inhibitory effect on the growth of other fungal strains tested. The fungicides, Flucanazole (20µg) and Ketoconazole (20µg), on the other hand, produced an inhibition zone of 32 – 34 mm in the control (Fig 2).

Minimum inhibitory concentrations of both inhibitors for antifungal activity were presented in Table 3.  Except for Saccharomyces cerevisiae, the MIC of AMTI-I and AMTI-II for other fungal strains were found to be 250µg/ml. The trypsin inhibitors were found to be active against selected fungal strains with varying efficiencies and this property may be explored for their use in combating various fungal infections.

Fungal strains were spread on potato dextrose agar plates. Different amounts of the inhibitors (50 µg and 100 µg) were   placed in the wells and allowed for diffusion. Controls contained Flucanazole (20 µg) and Ketoconazole (20µg) in place of inhibitors. The incubation period was 48 h at 250C. Zone of inhibition was measured and minimum inhibitory concentration of each inhibitor was determined.

Fungal strains were spread on potato dextrose agar plates Different amounts of the inhibitor (50-2000 µg/ml) were placed in the wells and allowed for diffusion. Controls contained Flucanazole (20 µg) and Ketoconazole (20µg) in place of inhibitor. The incubation period was 48h at 250C. Zone of inhibition was measured and minimum inhibitory concentration of each inhibitor was determined

Fungal strains were spread on potato dextrose agar plates Different amounts of the inhibitor       (50-2000 µg/ml) were placed in the wells and allowed for diffusion. Controls contained Flucanazole  (20 µg) and Ketoconazole (20 µg) in place of inhibitor. The incubation period was 48 h at 250C. Zone of inhibition was measured and minimum inhibitory concentration of each inhibitor was determined.

In our previous study, we have reported that the four purified trypsin inhibitors purified from the seeds of Abelmoschus moschatus possessed antibacterial activity against pathogenic bacterial strains with varying efficiencies36. In this paper, we report the antifungal potential of trypsin inhibitors (AMTI-I and AMTI-II) against some pathogenic fungal strains.

The growth of inhibition of fungi cannot be fully explained by trypsin inhibition alone. The antifungal role of trypsin inhibitors has also been attributed to their ability to interfere with chitin biosynthetic process during fungal cell wall development by inhibiting the proteolytic activation of chitin synthase zymogen 37. Fungal hyphae may penetrate the plant cell wall by secreting lytic enzymes and then ramify throughout the leaves to absorb nutrients. Protease inhibitors inhibit the fungal proteases and thus increase the resistance of plants to fungal pathogens.

CONCLUSION: The results of the present investigation clearly demonstrate that the trypsin inhibitors, AMTI-I and AMTI-II, isolated and purified from seeds of Abelmoschus moschatus may serve as potential antifungal agents. These inhibitors can be explored in the agricultural front for developing transgenics after carrying out extensive in vitro studies and they can also find application in the medical front as therapeutic agents for infections caused by specific pathogenic fungal strains.