Aerial parts of Ruellia prostrata were subjected to extraction and further fractionation to obtain antioxidant rich fraction. Different concentrations of methanolic extract and its n-butanolic fraction were subjected to antioxidant assay by DPPH method, Nitric oxide scavenging activity and reducing power assay. The fractions showed dose dependent free radical scavenging property in all the models. IC50 values for methanolic extract and its n-butanolic fraction were found to be 137.89±5.74 and 42.25±3.17 respectively in comparison to L-Ascorbic acid and Rutin as standard with IC50 values of 6.537±0.235 and 5.437±0.206 respectively, in DPPH model. In nitric oxide scavenging activity the IC50 values were found to be 152.22±6.37 and 67.70±2.29, 21.06±0.953 and 29.93±0.324 for methanolic extract and its n-butanolic fraction, L-Ascorbic acid and Rutin respectively. The fractions showed good reducing power with increasing concentration. However, the n-butanolic fraction showed a good reducing power and better free radical scavenging activity as compared to methanolic extract thus its antioxidant potential is comparable to standards. The phytochemical screenings confirm the presence of triterpenoids glycosides and carbohydrates which are responsible for the antioxidant activity. This is the first report on antioxidant activity of R.  prostrata.

INTRODUCTION: There is extensive evidence to implicate free radicals in the development of degenerative diseases 1-2. Almost all organisms possess antioxidant defences that protect against oxidative damage and numerous damage removal and repair enzymes to remove or repair damaged molecules. However, the natural antioxidant mechanisms can be inefficient, hence dietary intake of antioxidant compounds become important 3-5.

Although, synthetic antioxidants, such as butylated hydroxyanisole (BHA), butylated hydroxytoluene (BHT) and tertiary butyl hydroquinone (TBHQ) have been widely applied in food processing, they have been reassessed for their possible toxic and carcinogenic components formed during degradation 6. In addition, it has been suggested that there is an inverse relationship between dietary intake of antioxidant rich foods and incidence of number of human diseases 7-8. Therefore, search into the isolation of natural antioxidant sources is important.

Ruellia prostrata Poir (Acanthaceae) is a perennial herb, commonly found as a weed throughout India. Reviewing the previous work of the Ruellia prostrata P. was found to have very little chemical and biological studies. This plant is widely distributed throughout India from Punjab and Assam to Ceylon, extending to east Africa, central and peninsular India 9. The plant was well known for its traditional use as an anticancer against the epidermis of nasopharynx region, slightly hypoglycemic, seem to be potent diuretic and possess wound healing properties 10-12. It is also used in gonorrhoea, ear disease, as local drinks and prevents falling of hair 9, 13-15. The plant was reported to have for its antifertility activity 16.

Phytochemical review show the presence of  Flavonoid glycosides like apigenin 7-glucoside, luteoline 7-glucoside, apigenin 7β-glucuronide 17and mixture of sterols like stigmasterol (75.33%), sitosterols (17.61%), 24-methylcholesterol (7.04%), cholesterol (traces), brassicasterol (traces), amino acids 13-14    and lupeol 18 (Andhiwal  et al., 1986), mucilage also present 19 (Tiwari et al., 1964). So it was found that it is of interest to study this plant and check out scientifically its uses in folk medicine and traced any new biological activities.

Plant material: The Aerial parts of R. prostrata were collected from near Arawali hills dist. Bhiwani, Haryana in September, 2009. The plant was authenticated by Dr. H. B. Singh from Department of Raw Material Herbarium & Museum, National Institute of sciences Communication and Information Resources, New Delhi under the specimen no. (Ref. NISCAIR/RHMD/CONSULT/2009-10/1275/79 September 23, 2009).The collected aerial parts were cleaned, dried under shade at room temperature, and powdered.

Extraction and fractionation: Coarsely powdered aerial parts (100 g) were defatted with petroleum ether (60°-80°C) and dried marc was further extracted with hydroalcohol (90% methanol) using Soxhlet apparatus. The methanol extract so obtained was freed from solvent in a vacuum evaporator to obtain 10.5 g of extract. This was further extracted with chloroform, ethyl acetate and n-butanol to obtain their respective fractions. The percentage yields are 0.6% w/w, 0.5% w/w and 10% w/w respectively.

In-vitro antioxidant studies: Methanolic extract and its n-butanolic fraction were tested for their free radical scavenging property using different in-vitro models. All experiments were performed thrice and their results averaged. L-Ascorbic acid and Rutin were used as standard control in each experiment. IC50 values were calculated. The half maximal inhibitory concentration (IC50) is a measure of the effectiveness of a compound in inhibiting biological or biochemical function. This quantitative measure indicates how much of a particular drug or other substance is needed to inhibit a given biological process by half. In other words, it is the half maximal (50%) inhibitory concentration (IC) of a substance (50% IC, or IC50). It is commonly used as a measure of pharmacological research. Sometimes, it is also converted to the IC50 scale (-log IC50), in which higher values indicate exponentially greater potency. According to the FDA IC50 represents the concentration of a drug that is required for 50% inhibition in- vitro.

Where, A control = Absorbance of control reaction and A test = Absorbance in the presence of the samples of extracts.

Statistical analysis: All the analysis was done in triplicate and results are expressed as ± mean S.D. IC50 values were determined by interpolations.

Phytochemical screening: Triterpenoids, glycosides and carbohydrates were found in methanolic and n-butanolic fraction.

Antioxidant studies: Several concentrations of methanolic extract and its n-butanolic fraction ranging from (5-400 µg/ml) were tested for their antioxidant activity in different in-vitro models. It has been observed that n-butanolic fraction exerted higher antioxidant potential as compared to methanolic extract and its antioxidant activity is comparable to the standards Rutin and L-Ascorbic acid. The antioxidant activity increased with increasing concentration in all the models in both fraction and extract. The percentage inhibition of standards, extract and fraction in various models viz. DPPH and nitric oxide scavenging assay are shown in figure 1-11. IC50 values of both standards and extracts in the DPPH model and nitric oxide scavenging assay are shown in table 1 and 2 respectively. Reducing power of fractions was good and increased with increasing concentration. The n-butanolic fraction showed a significant reducing ability in comparison to Rutin and L-Ascorbic acid (table 3). 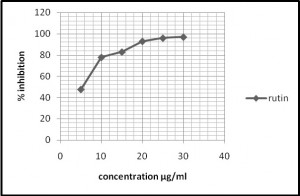 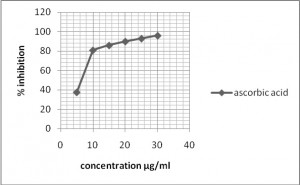 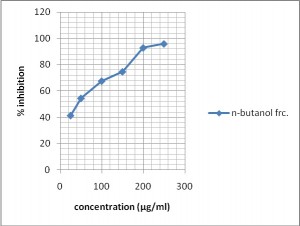 FIG. 3: FREE RADICAL SCAVENGING EFFECT OF THE ASCORBIC ACID BY 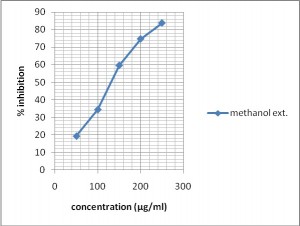 FIG. 4: FREE RADICAL SCAVENGING EFFECT OF THE RUTIN BY DPPH 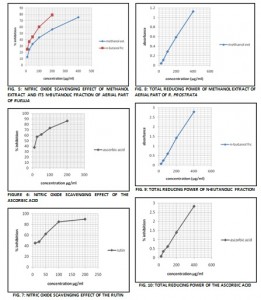 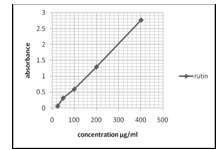 TABLE 1: IC50 VALUES OF FREE RADICAL SCAVENGING EFFECT BY DPPH METHOD OF STANDARDS, EXTRACT AND ITS FRACTIONS (VALUES ARE MEAN ± S.D OF 3 REPLICATES)

DISCUSSION: Free radicals are chemical entities that can exist separately with one or more unpaired electrons. The propagation of free radicals can bring about thousands of reactions and thus may cause extensive tissue damage. Lipids, proteins and DNA are all susceptible to attack by free radicals 27-30. Antioxidants may offer resistance against oxidative stress by scavenging the free radicals and by their reducing ability.

DPPH (1, 1-Diphenyl-2-picrylhydrazyl) is stable nitrogen centred free radical which can be effectively scavenged by antioxidants and shows strong absorbance at 517nm. DPPH radical accepts an electron or hydrogen radical to become a stable diamagnetic molecule. The change in absorbance of DPPH radical caused by antioxidants is due to the reaction between the antioxidant molecules and the radical, which results in the scavenging of the radical by hydrogen donation. It is visually noticeable as a discoloration from purple to yellow. Extent of DPPH radical scavenged was determined by the decrease in intensity of violet colour in the form of IC50 values 31.

Hence it has been widely used for rapid evaluation of the antioxidant activity of plant and microbial extracts relative to other methods 32. DPPH is also considered as a good kinetic model for peroxyl radicals 33. The methanolic extract and the n-butanolic fraction showed significant DPPH scavenging activity (Table 1) (IC50=137.89±5.74 µg/ml and IC50=42.25±3.17µg/ml) respectively when compared with the IC50 values of the standards Ascorbic acid and Rutin (IC50=6.537±0.235 and5.437±0.206   µg/ml respectively).

Nitric oxide (NO) is a potent pleiotropic inhibitor of physiological processes such as smooth muscle relaxation, neuronal signalling, inhibition of platelet aggregation and regulation of cell mediated toxicity. It is a diffusible free radical that plays many roles as an effectors molecule in diverse biological systems including neuronal messenger, vasodilatation and antimicrobial and antitumor activities 34. Although nitric oxide is involved in host defence, over production of these this radical contributes to the pathogenesis of some inflammatory diseases 35.

Moreover in the pathological conditions, nitric oxide reacts with superoxide anion and form potentially cytotoxic molecules, peroxynitrite. Nitric oxide inhibitors have been shown to have beneficial effects on some aspect of inflammation and tissue damage seen in inflammatory diseases 27. Ruellia prostrata significantly inhibited nitric oxide in a dose dependent manner (Table 2) with the IC 50 being 152.22±6.37 and 67.70±2.29 µg/ml for methanolic and its n-butanolic fraction respectively as compared with the standards Ascorbic acid and Rutin having the IC 50 values of 21.06±0.953 and 29.93±0.324 µg/ml respectively.

Figure 8 show the reductive capability of the methanolic extract is less prominent than n-butanolic fraction with reference to Ascorbic acid and Rutin (standards). The reducing capacity of a compound may serve as a significant indicator of its potential antioxidant activity. The reducing activities are generally associated with the presence of reductones, which have been shown to exhibit antioxidant action by breaking the chain reactions by donating a hydrogen atom.

Reductones are also reported to react with certain precursors of peroxide, thus preventing peroxide formation 36. For the measurement of the reductive ability, we investigated the ferric (Fe3+)-ferrous (Fe2+) transformation in the presence of extracts using the method of Oyaizu. In this method, antioxidant compounds form a coloured complex with potassium ferricyanide, trichloroacetic acid and ferric chloride that was measured at 700 nm. Increase in absorbance of the reaction mixture indicates the increase in the reducing power of the sample.