ANXIOLYTIC AND MOTOR COORDINATION ACTIVITY OF HUPERZINE-A IN RATS

ANXIOLYTIC AND MOTOR COORDINATION ACTIVITY OF HUPERZINE-A IN RATS

ABSTRACT: The aim of the present study was to evaluate the anxiolytic effects and motor coordination activity of Huperzine-A in rats. Wistar rats were treated orally with Huperzine-A (0.5, 1, 2 & 4 mg/kg) and diazepam (2 mg/kg p.o) as a standard anxiolytic drug then exposed to Elevated plus Maze (EPM) and Light Dark Box (LDB). The effects of the Huperzine-A on motor coordination were evaluated by actophotometer test. The rats treated with Huperzine-A drug (2mg/kg and 4mg/kg) showed significant increase in the percentage of entries and time spent in open arms of EPM, which is thought to reflect anxiolytic-like effects. Furthermore, Huperzine-A extracts (1, 2 & 4 mg/kg) significantly increased the percentage of time spent and number of transitions in the Light box in LDB test, indicating the anxiolytic effects of the substance. This anxiolytic effect of the huperzine-A was comparable to that of the diazepam, taken as standard. Also the Huperzine-A (2 mg/kg and 4 mg/kg) showed significant alteration in motor coordination compared to that of normal control group of rat. The present study demonstrates that the drug Huperzine-A has anxiolytic activity. The drug might act as NMDA receptor antagonist.

INTRODUCTION: Rapid changes in the global environment have been caused enormous stress and mental disorders 1. Anxiety is the most common form of psychological CNS disorder in the world 2. Anxiety is an unpleasant, emotional state which is associated with discomfort and fear 3. Lifetime prevalence of anxiety disorders is 16.6% in all over the world means nearly one eighth of the worldwide population is affected with anxiety 4, 5. Benzodiazepines are the first choice, used to treat severe and disabling anxiety. At moderate dosage they exert anxiolytic effects but at higher dosage hypnotic properties occur 6.

Herbal medication has primary mechanism to involve the modulation of neuronal communication via specific plant metabolites binding to neuromodulator receptors and herbal plants having sedating and stimulating CNS activity 7.

HuperzineA is a Lycopodium alkaloid which can be isolated from whole plant of the Huperzia serrata by Jiasen Liu and co-workers at Shanghai Institute of Materia Medica (SIMM), Chinese Academy of Sciences (CAS) 8. Huperzia serrata is the genus belonging to the family Lycopodiaceae. It is a traditional Chinese remedy which is also known as Qian Ceng Ta 9. It is mainly found in India, China, Nepal, Myanmar, Sri Lanka, Japan, Korea, Vietnam, Indonesia, Fiji, Samoa, Mexico, USA, Thailand, Peninsular Malaysia, Russia, Taiwan, Australia and Cuba 10, 11. Several chemical constituents have been isolated from plants belonging to the category of alkaloids, flavones, Triterpenes and phenolic acids 12-14.

Huperzine-A is used traditionally and pharmacologically for treating various disorders there are no reports of scientific evaluation of its anxiolytic activity as revealed from the literature survey. The present study was envisaged to evaluate the anxiolytic and motor coordination effect of Huperzine-A (Huperzia serrata) on the laboratory animals.

Animals: The experiments were performed in Wistar rats of either sex weighing around 162-282 gm. The animals were obtained from MM University of Mullana, Ambala, (Haryana, India). Animals were housed in a group of 6 per cage (polycarbonate cage size 29 ×22×14cm) under laboratory condition with alternating dark and light cycle of 12 hr each. The animals have free accessed to food and water. The animals were kept fasted over night before performing experiment. The animals were acclimatized for at least five days before behavioral experiment which were carried out between: 08:00 to 12:00 hr. The experimental protocol was approved (MMCP/IAEC/15/26) by institutional animal ethical committee (IAEC) and animal care was taken as per the guidelines of committee for the purpose of control and supervision of experiment on animal (CPCSEA) Govt. of India.

Thin Layer Chromatography (TLC): Silica gel plates having size 2.5×7.5 cm. Chloroform/ acetone/water (1.0:1.5:1.5) used as developer and 0.3%potassium permanganate solution used as a color reagent. Huperzine-A were dripped using capillary at 1cm away from one end of the plate. After drying, the plate was placed in a developing solution and the solvent was allowed to run up the plate. TLC was analysed at room temperature and TLC was dried natural. After solvent fully volatized, the color reagent was sprayed onto the plate by using a sprayer. Then the plate was blown dry, the number of spots was recorded. Rf value was determined.

Elevated plus maze: Elevated plus maze is the most widely used experimental model of anxiety 18 to assess the anxiolytic and anxiogenic effects of drugs 19. EPM is composed of two open arms (50×10cm) and two enclosed arms (50×10×40cm) with an open roof and is elevated to height of 50 cm 20. Weighing and numbering of animals was done. Then they were divided into six groups, each consisting of 6 rats. Vehicle was administered to the Group I (control group). Diazepam was administered to Group II and Group III – VI received Huperzine-A according to the treatment regimen. Administrate the dose of drug 45 min prior to the test. After 45 min animals were placed individually in the centre of the maze and the following parameters were recorded: Time spent in open arm; Latency to enter the open arm. Total number of entries in open arm during 5 minutes session 21. Clean the apparatus with 70% ethanol before starting the test or to remove any dirt or smell accumulated on the apparatus. Afterwards, the next rat can be placed in the apparatus 22.

Light/ dark exploration test: In 1980 Crawley and Goodwin was described experimental model light and dark box for anxiety 23. The apparatus consist of a polypropylene cage (44×21×23 cm3) separated into two compartments by a partition which had a small aperture (12×5 cm2) at the floor level. The larger compartment (28 cm long) was open-topped, transparent. The smaller compartment (14 cm long) was close topped and painted black 24.

Weighing and numbering of animals was done. Then they were divided into six groups, each consisting of 6 rats. One group was used as control and second group for standard drug (Diazepam) treatment and other groups for test drug (Huperzine-A). Each rat was placed in the middle of the light area and following observation was recorded. The number of transitions and time spent in the light and dark area were recorded for 5 min. Clean the apparatus before every trial 25.

Actophotometer: Actophotometer can be used to measure the locomotor activity 26. It is equipped with 6 photocells in the outer wall of the bottom so that single animal can block only one beam. Weighing and numbering of animals was done. Then they were divided into six groups, each consisting of 6 rats. One group was used as control and second group for standard drug (Diazepam) treatment and other groups for test drug (Huperzine-A). The animal was placed individually in the actophotometer. Now actophotometer was turned ON and animal was observed for 5 min 27.

Statistical Analyses: The results were analysed via analysis of variance (ANOVA) followed by Dunnett’s method. The data were expressed as the mean ± S.E.M. The difference were considered statistically significant when p < 0.05. 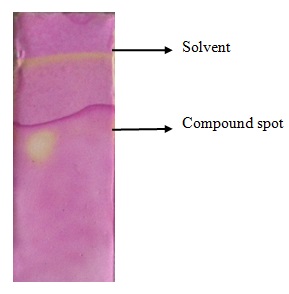 TABLE 1: EFFECT OF HUPERZINE-A ON TIME SPENT IN OPEN ARMS AS MEASURED ON EPM IN RATS

Light-dark model: The performance time period of Light and Dark Test test was five minutes (300 sec). Huperzine-A (1mg/kg, 2mg/kg and 4 mg/kg doses) induced a significant (P < 0.05) increment of the time spent and no. of entries by rat on the illuminated (light) side of the light–dark apparatus. Huperzine-A showed maximum time spent (85.3± 2.1) and number of entries (4.6±0.8) on the illuminated (light) side at dose 2mg/kg when compared to control group (30.4± 1.3). This effect showed relatively high time spent (18%) as compared to standard drug diazepam (60.4±2.9), standard anxiolytic treated group shown in Table 2 and Fig. 2.

TABLE 2: EFFECT OF HUPERZINE-A ON TIME SPENT IN LIGHT COMPARTMENT AS MEASURED IN LIGHT DARK EXPLORATION TESTS IN RATS (n=6)

TABLE 3: EFFECT OF HUPERZINE-A ON LOCOMOTOR ACTIVITY IS MEASURED BY ACTOPHOTOMETER IN RATS

DISCUSSION: In this decade anxiety has become a very important area of research in psychopharmacology.  This increases rapid growth of scientific studies and discovery of new drugs which alters anxiety in animal models 28. The present work has evaluated the anxiolytic activity of various doses of the alkaloidal content of Huperzine-A in rats employing two non-conditioned behavioral animal models of anxiety; EPM model and LDM. Diazepam a standard anxiolytic agent used clinically and is also employed in behavioral pharmacology as a reference compound for inducing anxiolytic-like effects, even when the compound being screened does not act via benzodiazepine receptors. As expected standard diazepam significantly increased the number of entries and time spent in open arm 29, 30.

Oral administration of Huperzine-A at the doses (2mg/kg and 4mg/kg) significant increase in both number of entries and time spent in open arms, compared to the closed arm in the elevated plus

maze model. In light and dark test model, results showed that Huperzine-A at dose (Huperzine-A 2mg/kg) induce significant increase in time spent in light compartment as compared to the dark compartment.  These results are compared with that observed in control group as well as with group treated with diazepam (2mg/kg) standard anxiolytic drug.

In actophotometer, Huperzine-A at the dose of (Huperzine-A 4mg/kg) shows significant increase in motor coordination activity. No sedative effects were observed at any tested dose.

Further pharmacological and chemical investigations are required to elucidate the exact cell based mechanism of action of Huperzine-A that responsible for such effects.

ACKNOWLEDGEMENTS: The authors are thankful to Principal, G.H.G Khalsa College of pharmacy, Gurusar Sadhar and M.M. College of Pharmacy Mullana, Ambala for providing us all the facilities.

CONFLICT OF INTEREST: The authors confirm that this research article content has no conflict of interest.