QSAR study of lipid peroxidation (LPO) inhibitory activity of 18 flavonoids belonging to four classes namely flavones, isoflavones, flavonols and flavanones has been made with the help of PM3 calculations and geometry optimizations using CAChe software. Quantum-chemical descriptors were calculated by the same software using MOPAC 2002 engine. Two quantum-chemical descriptors, molar volume (M.V.) and dipole moment (μ) and two new indicator descriptors of electron densities on carbon and oxygen atoms are used for QSAR analysis. The results are highly encouraging as average values of correlation and cross validation coefficient are 0.794 and 0.754. Four QSAR models have high predictive power while one model has average predictability. These models can successfully predict the antioxidant activity of any newly discovered flavonoid which can later be tested in laboratory.

INTRODUCTION: Flavonoids, a group of polyphenolic compounds, are widely distributed in fruits, vegetables, seeds, nuts, grains, spices and different medicinal plants as well in beverages such as wine, tea and beer. Thus, they are frequent components of the human diet 1. Structural diversity of Flavonoids allow       them   to exhibit antineoplastic, antihepatites, antibacterial, anti-inflammatory, antimutagenic, antiallergic, antithrombotic, antiviral and vasodilatory activity 2-7.

IT IS well established fact that oxidative degeneration is implicated in most disease processes and consequently the role of antioxidants like flavonoids, to prevent such occurrences, becomes significant. This is supported by Epidemiological, clinical and laboratory researches on flavonoids suggesting their possible applications in the prevention and treatment of a number of diseases because of their striking antioxidant properties 8-16. The number of Flavonoid derivatives is more than 4000 and their antioxidant properties are quite different. Because of their greater number and positive biological effects, flavonoids are popular subject of QSAR17-20 studies though it is a complex task to select the most effective antioxidant from a large number of flavonoids. Quantitative structure-activity relationship (QSAR) is an important tool which has been frequently used to find correlations between biological activities and physicochemical21-24 and quantum-chemical32-37 properties of compounds.

Antioxidant activity of  flavonoids has been evaluated by a number of procedures like scavenging capability determination of active oxygen species like superoxide ion, peroxy radical, hydroxyl radical and other radicals like 1, 1-diphenyl-2-picrylhydrazyl (DPPH) and 2, 2’-azinobis (3-ethylbenzothiazoline)-6-sulphonate radical cation (ABTS). The enzymatic or nonenzymatic measurement of inhibition of lipid peroxidation (LPO) has also been used for determination antioxidant activity. These methods provide good results (1, a, b). In present work, Quantitative structure activity relationship has been developed between LPO inhibitory effects of 18 flavonoids  with their molar volumes, dipole moments and number of carbon and oxygen atoms having electron densities in valence shell greater than 4.0 and 6.0 respectively.

In previous studies, the authors have used the parameters like number and position of OH groups 1, 25, 28, sugar residues 24 as well as      the descriptors like log P, heat of formation, bond dissociation energy and ionization potentials 26 energy of highest occupied molecular orbital (HOMO) and lowest unoccupied molecular orbital (LUMO) 27 for QSAR in numerous permutations and combinations. In present work, we have chosen the indicator descriptors for electron densities of carbon (ICED) and oxygen (IOED) atoms of each molecule for QSAR study. Other related descriptors are molar volume (M.V.) and dipole moment (μ).

Object: Flavonoids are chemically very diverse and the family includes a broad range of compounds therefore, making it difficult to build universal models which could be applied to the whole range of flavonoids. Although many models have been built previously for this class of compounds but no model described the indicator descriptors of electron densities of atoms which is the key factor of antioxidant activity of any compound.

Our aim was to build highly predictive QSAR models using these indicator descriptors as applied to a broad range of compounds in order to make the results applicable to majority of flavonoids. The skeleton structures of flavonoids are shown in figure 1 and the chosen compounds are listed in table 1. 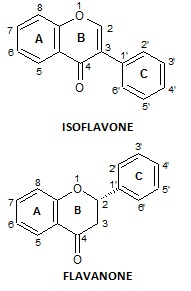 An advantage of the exclusive use of theoretical descriptors is that they are free of the uncertainty of experimental measurements and can be calculated for compounds not yet synthesized. CAChe software calculated a large number of molecular descriptors which were used to describe the chemical diversity of the compounds.

In order to useindicator descriptors ICED and IOED, PM3 calculation for electron densities of each atom in the molecule were performed 38. Since free radicals are considered as electron deficient species, therefore it can be assumed that they will attack on those positions which have greater electron density than they should have. Therefore, in present case, carbons having valence shell electron density greater than normal 4.0 and oxygen’s greater than normal 6.0 should play crucial role in inviting the attack of free radicals on the molecule. Consequently, the total number of such carbons and oxygens may provide reliable information regarding the activity of the molecule. This is the reason, we have chosen two such descriptors ICED and IOED involving carbon and oxygen was calculated by Chemsk10 software of ACD Labs 40.

For strict validation purposes the scrambling/randomization tests were carried out by repetitive randomization of the response values (antioxidant activity). In each cycle of the test, the response vector is randomly rearranged and R2 and Q2 are recorded for each cycle.

RESULTS AND DISCUSSION: Flavonoids have a large number of electron rich centres; therefore they are preferentially attacked by radicals, thus showing antioxidant activity. Considering this fact, we chose majority of parameters which were closely related to electronic properties except molar volume which was chosen because it represents the size of the molecule and may have some role in determination of reactivity of the molecule on account of steric reasons. Calculations showed that there are many carbons in each molecule having valence electron densities greater than 4.0.

Total number of such carbons was used as an indicator descriptor ICED. In the same way IOED represents the total number of oxygen having valence electron density greater than 6.0. Dipole moment and molar volume were the other descriptors. Computed values of these descriptors are given in table 2.

TABLE 2: LIST OF QUANTUM-CHEMICAL AND INDICATOR DESCRIPTORS OF COMPOUNDS

The quantities of descriptors in a number of combinations have been used for multiple linear regression (MLR) analysis in order to build QSAR models. We generated a total of 50 QSAR equations consisting of one to four descriptors. A maximum of four descriptors were used at one time because the data set should be 5 times greater than descriptors. Models having high predictive power consisting of four descriptors and thus, five variables are given in equation (1). Predictive ability of this model is very high because it has the values of r, r^2 and rCV^2 very close to unity.

If we choose three descriptors, that is, ICED, IOED andMV, and make the QSAR model, high values of r (0.938), r^2 (0.880) and rCV^2 (0.854) are again obtained. This shows that the observed activity largely depends on these three descriptors. The regression model for this combination is given below as equation - 2.

The correlation between Predicted and calculated activities using this equation is represented in figure 2. 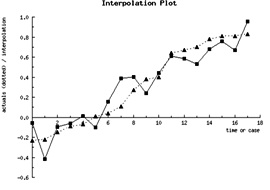 Similarly ICED, IOED and dipole moment also construct a fairly predictive QSAR model as represented by equation (3). This model proves that dipole moment has some important contribution to activity, i.e., it inversely correlates with the activity. Usually most active compounds have less dipole moment. 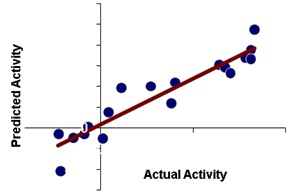 FIGURE 3: DISTRIBUTION OF NEGATIVE ATOMIC CHARGES ON MOST ACTIVE COMPOUNDS (A) MYRICETIN AND (B) ISORHAMNETIN

All such carbon atoms are expected to play an important role in the determination of Antioxidant Activity of flavonoids. The data analysis shows that the molecules having greater number of such carbons have greater antioxidant activity. Consequently a model was constructed using Iced and molar volume as descriptive parameters represented by equation-4.

Since all oxygen functions in flavonoids have a negative partial charge predicting high electron densities at these centers, it was appropriate to build a model involving the parameter IOED. Consequently eq.5 was constructed by using IOED and MV as descriptive parameters.

All these QSAR models show that the descriptors used for structure-activity relationship fit quite well to the regression equations. The importance of dipole moment can be judged from the fact that it too represents the electronic environment of the molecule to a certain degree.

Molar volume in this analysis has emerged as an important parameter, especially when used with electronic indicator descriptors. The two new descriptors representing negative partial charges on carbon and oxygen atoms have shown their significance in these QSAR models.

On the basis of these results it can be concluded that the compounds having greater biological activity have less molar volume suggesting its inverse relationship with AA. This is obvious as a compound having less molar volume is not supposed to contain sterically obstructing bulky groups thus making the interaction of free radical with flavonoid smooth. This is supported by activity values presented in table 1. 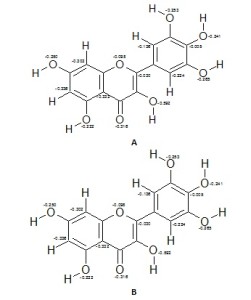 Examination of table 1 shows that compounds 1, 6, 7, 8, and 13 not containing any bulky group are fairly active. The activity is decreased by the introduction of bulky glucose residue as observed in compounds 3, 4, 9, 12, 15 and 16. These glucosides have higher values of IOED because of large number of oxygen functions derived from glucose moiety but they are less active suggesting that the oxygen atoms of glucose moiety have negligible or no role in determining AA of respective flavonoids.

Introduction of methoxy group either in place of hydrogen or hydroxyl group results in a mixed influence and is position dependent. At position 4’ it decreases the activity whereas at position 3, the activity is enhanced. At position 8, it does not have a significant contribution. The indicator descriptors representing the total number of carbons and oxygens having negative partial charges are directly related to the activity. However some molecules having greater value of IOED are less active. This is attributed to the presence of bulky groups.

The models developed in this paper show statistical significance as well as good predictive ability having cross validation coefficient values greater than 0.7 except in equation (3) where its value is 0.542. Equation 3 is only regression equation which does not include the MV parameter and it further suggests that MV representing the bulk or size of the molecule is a very important parameter in determination of activity.

CONCLUSIONS: As soon as free radicals are produced in the body, they start attacking numerous useful molecules and cause their oxidative damage. It is obvious that the free radicals being electrophilic in nature will try to attack the molecules having large number of electron rich centers and body has several such molecules which get degenerated during this attack.

Flavonoids, with electron rich centers, behave like a competitor with the body molecules for preferential attack of free radicals and get oxidized readily. In this way they save the useful body molecules from degeneration. Thus they behave as excellent antioxidants.

The models developed by us in this paper represent some of the easiest ways of determining the biological activity against lipid peroxidation. All the models are highly predictive, of which models (1), (2), (4) and (5) are of special reference. Study and analysis of these models reveal that the compound will be most active when, (1) It contains greater number of electron rich carbons and oxygens, (2) it possesses less molar volume, (3) it does not contain bulky groups and (4) it has low dipole moment If one considers these descriptors, our models can be used to test the activity of a flavonoid in question. The whole intention behind this was to facilitate the designing of new flavonoid based drugs for the treatment of free radical mediated diseases.