INTRODUCTION: Caffeine is the most versatile compound in the sense that almost every human being is exposed to this compound via various beverages and medicines. Caffeine is widely used in many soft drinks as a flavouring agent and is deliberately added to make people addicted to these drinks. Caffeine belongs to the family of naturally occurring powerful xanthines and possibly the oldest known stimulants. Therefore, this property exhibits its ability to provide alertness, put off sleep, and increases alertness in the study.

It causes various physiological effects such as relaxation of bronchial muscle, stimulation of the central nervous system, gastric acid secretion and dieresis 1, 2. Caffeine is chemically known as 1, 3, 7 -trimethyl xanthine. It is a CNS stimulant of methylxanthine class, and it is the world's most widely consumed psychoactive drug. It is metabolized in the liver by cytochrome P450 oxidase enzyme system, and it is excreted with its metabolites through urine.

It can treat and prevent premature infant breathing disorders, bronchopulmonary dysplasia. Caffeine citrate is on the WHO model list of essential medicines. Caffeine is official in IP, BP. Caffeine structure is illustrated in Fig. 1.  Several methods have been reported for determination of caffeine from coffee beans, pharmaceutical formulations, body fluids, include spectrophotometric method 3-21, Liquid Chromatography 22-25 Gas Chromatography 26, LC-MS27, GC-MS 28-30, Capillary Electrophoresis method 31, FTIR-ATR fluorescence 32 and NIR 33. With HPLC methods, the use of expensive equipment and the demand for more operator attention prevent their application in small industrial laboratories where only a few analyses are performed each day. Other methods such as FT infrared, Raman and NIR reflectance spectrometry are equally versatile for the measurement of caffeine and do not require expensive chemicals; however, such instruments are expensive and are not available in most laboratories. The demand for fast and reliable measurement of caffeine has necessitated the need for simple, easy to handle and inexpensive method. UV spectrometry, with its varied constituents an evident alternative to the already existing methods. Of the reported UV spectrophotometric methods, no method is stability-indicating and only few methods applicable for estimation of caffeine in a gel formulation. 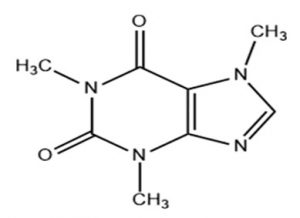 In this study, we developed and evaluated the performance of one simple, rapid and validated UV spectrophotometric method for the estimation of caffeine in pharmaceuticals, serum, and urine, which was stability-indicating. The method was based on the measurement of the native absorbencies of caffeine in acidified alcohol. The methods were demonstrated to be sensitive, selective, accurate and precise, besides being robust and rugged.

All weighings were done on an electronic balance (Denver Instrument APX-60.3 Apex). Glassware used in each procedure was bleached entirely with detergent and rinsed thoroughly with double-distilled water and dried in a hot air oven. All other chemicals and reagents used were of analytical grade. Methanol, sodium hydroxide (NaOH), hydrochloric acid (HCl) and hydrogen peroxide (H2O2), chloroform was from S.D. Fine Chemicals, Mumbai. Sodium carbonate and sodium bicarbonate were obtained from Research Fine Chem Industries, Mumbai. The serum and urine of healthy persons were collected from a local hospital. Centrifuge (Electrolab India, Pvt. Ltd.).

Preparation of Reagents and Solutions:

Preparation of Acidified Alcohol: 1 ml of con. HCl was adjusted to 100 ml with ethyl alcohol in a 100 ml volumetric flask.

Preparation of Carbonate Buffer: 8.4 mg of sodium bicarbonate and 10.6 mg of sodium carbonate were mixed with 250 ml water and then pH is adjusted to 9.7 with sodium hydroxide.

Preparation of Standard Stock Solution of Caffeine (100 µg/ml): 10 mg of caffeine was accurately weighed and transferred to 100 ml volumetric flask containing 20 ml acidified alcohol and volume was made up to the mark with acidified alcohol.

Preparation of Calibration Curve:  In a series of 10 ml calibration flasks, aliquots of standard drug solution (0.4-2 ml of 100 µg/ml) equivalent to 4-20 µg/ml caffeine were accurately transferred and was made up to the mark with the acidified alcohol. The absorbance of each solution was then measured at 265 nm. In either case, the calibration curve was prepared by plotting the absorbance vs. concentration of drug. The concentration of the unknown was read from the respective calibration curve or computed from the regression equation derived using Beer’s law data.

Analysis of Gel Formation: Accurately weighed amount of gel equivalent to 50 mg of caffeine was dissolved in a few ml of acidified alcohol, sonicated for 15 min and diluted up to 100 ml with acidified alcohol. The resulting suspension was filtered through membrane filter and the filtrate was collected. To the 2.4 ml the filtrate, 5 ml of carbonate buffer was added. The resulting solution was extracted 3 times using 5 ml of chloroform with handshaking the funnel for 20 min. The lower chloroform layer was collected, evaporated and the residue was then dissolved in acidified alcohol to obtain a concentration of 12 µg/ml and analysis was performed to estimate the caffeine content using calibration curve.

Analysis of Placebo Blank: The exact amount of carbopol 940 (1%), propylene glycol (7%), and methylparaben (0.1%) were dispersed in distilled water. The carbopol dispersion was kept at rest for 24 h to allow for the complete swelling. Then the blended carbopol was mixed with continuous stirring, ultrasound, and hot plate to form gel. A 50 mg of the placebo blank was accurately weighed and its solution was prepared as described under ‘gels’, and then subjected to analysis by following the general procedure.

Determination of Caffeine in Biological Fluids: Aliquot volumes of human serum and urine samples were collected from the local hospital and stored in a refrigerator at 0-5 °C before using them to experiment. Both the samples were transferred into a small separating funnel, separately. Prior to analysis, a known amount of caffeine was spiked into the samples. Carbonate buffer (5 ml, pH 9.4) was added and mixed well with each sample. The caffeine extraction from both biological fluids was done three times using 5 ml of diethyl ether with handshaking the funnel for 20 min (liquid-liquid extraction). The ether extract (supernatant) was collected and then evaporated the ether using a fume hood at room temperature. The residue was then dissolved in 5 ml acidified alcohol and the procedure mentioned above was then followed to analyze caffeine. The nominal content of caffeine was estimated from the corresponding regression equation.

Forced Degradation Study: A 1.2 ml aliquot of the standard 100 μg/ml caffeine was taken  in a 10 ml volumetric flask and mixed with 5 ml of 1M HCl (acid hydrolysis) or 1M NaOH (alkaline hydrolysis) or 3% H2O2 (oxidative degradation) and refluxed at 60 °C for 45 min. The solution was cooled to room temperature and diluted to the mark with acidified alcohol. In thermal degradation, the solid drug was kept in a Petri dish in an oven at 80 °C for 48 h. After cooling to room temperature, 10 mg of caffeine from petridish was weighed and transferred to a 100 ml volumetric flask, dissolved in and diluted up to the mark with the respective solvent. For photolytic degradation, pure caffeine was subjected to UV light in a photostability chamber for about 10 days. An aliquot of powder containing 10 mg of caffeine was taken in 100 ml volumetric flask containing acidified alcohol. Finally, the absorbance of all the resulting solutions (12 μg/ml caffeine) obtained from acid and alkaline hydrolysis, oxidative degradation, thermal and UV degradation of caffeine were measured at 265 nm using acidified alcohol as blank.

Linearity, Sensitivity, Limits of Detection and Quantification: A linear correlation was found between absorbance at λmax and concentration of caffeine. The graphs are described by the regression equation: Y= a +bX (where Y= absorbance of drug solution; a =intercept; b =slope and X= concentration of drug in μg/ml). The slope (b), intercept (a) and correlation coefficient (r) for each system was evaluated by using the method of least squares. Optical characteristics such as Beer’s law limits, molar absorptivity, and Sandell sensitivity values are calculated. The limit of detection (LOD) and limit of quantitation (LOQ) are also calculated and all these data are presented in Table 1. High values of molar absorptivity (e), low values of Sandell sensitivity and LOD revealed that the proposed methods are highly sensitive. 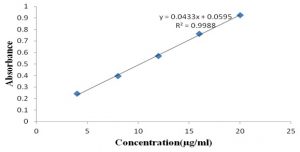 *Limit of determination as to the weight in µg per ml of solution, which corresponds to an observance of A= 0.001 measured in a cuvette of cross-sectional area 1 cm2 and l= 1 cm. ** Y=a +bX, where Y is the absorbance, a is the intercept, b is the slope and X is the concentration in µg ml-1.

Precision: To check the repeatability and system suitability of the proposed methods, the assays described under general procedures were repeated six times within the day (intra-day precision) and six times on six different days (inter-day precision). These assays were performed for three levels of analyte. The percentage relative standard deviation (% RSD) values were 0.79-0.97% (intra-day) and 0.75-1.23% (inter-day) indicating high precision of the methods in Table 2.

Specificity in the Presence of Excipients: The specificity of the analytical method was proved by comparing the spectra of placebo and degradation product of sample solution in Fig. 4.

Ruggedness and Robustness: The robustness of the method was evaluated by measuring the absorbance at different wavelengths whereas the method ruggedness was performed by four different analysts and also using three different cuvettes by a single analyst. Intermediate precision values (% RSD) were in the range of 0.65–1.34% Indicating acceptable ruggedness. These results are presented in Table 3.

Accuracy/Recovery: Results within the range of 99.95–100.69 % ensure an accurate method Table 4 as well as indicate non-interference with the excipients of the formulation.

Stability Indicating Property: The stress studies of the drug were carried out by subjecting caffeine to acid and alkali hydrolysis, dry heat treatment, UV-degradation, hydrogen peroxide oxidation and later absorption spectra were recorded Table 5. The comparison of the UV spectra of ‘‘stressed caffeine samples’’ with that of the ‘‘standard caffeine solution’’ (showed that caffeine does not undergo less degradation under the thermal condition whereas in remaining conditions degraded more Fig. 5-9.

Validation of Assay Performance in Biological Samples: The proposed method was further extended to the in-vitro determination of caffeine in human plasma and urine samples in the proposed linearity range. For this, a known amount of caffeine was spiked into the sample prior to analysis. The results of the analysis of plasma and urine samples are summarized in Table 6 and Table 7, respectively.

The data obtained by the method in both cases indicated that the mean recoveries and RSD values were in the range of 98.75-101.25 % and 0.93-1.34 %, respectively. In addition, the data clearly showed that the complicated biological matrix did not interfere with the signal. Overall, the proposed method was satisfactorily accurate and precise. 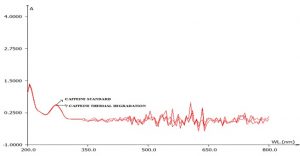 TABLE 6: APPLICATION OF THE PROPOSED SPECTRO-PHOTOMETRIC METHOD FOR THE DETERMINATION OF CAFFEINE IN PLASMA SAMPLES

TABLE 7: APPLICATION OF THE PROPOSED SPECTROPHOTOMETRIC METHOD FOR THE DETERMINATION OF CAFFEINE IN URINE SAMPLES

Content of Caffeine in Gel Formulation: Caffeine content in gel formulation determined by the proposed method Table 8 was in good agreement with the label claims and was in the range of 99.31–101.49%.

TABLE 8: CONTENT OF CAFFEINE IN GEL FORMULATION BY PROPOSED METHOD

CONCLUSION: In this study, the degradation behavior of caffeine was studied by subjecting the drug to various stress conditions recommended by ICH. The methods were validated for parameters like linearity, precision, accuracy, selectivity, and ruggedness. The methods are advantageous over most of the reported methods in-terms of sensitivity, simplicity, cost-effectiveness and experimental conditions. The methods do not involve any tedious procedural steps; do not require any extra reagents or longer analysis time and a very simple instrument is required. The statistical data for the determination of caffeine in both drug formulations and biological samples demonstrated that the proposed method is accurate, precise and linear. We, therefore, conclude that the present technique could be a cheap, simple, rapid, and sensitive pivotal platform, especially for third world countries in order to make routine analysis of caffeine in pharmaceutical industries and hospitals.

ACKNOWLEDGEMENT: The authors are grateful to Dr. L. Rathaiah, Chairman of Lavu Educational Society, for providing necessary facilities to carry out the above research work.

CONFLICTS OF INTEREST: No