ABSTRACT: Background: Many factors contribute for prevalence of high blood pressure including poor treatment compliance, lack of access to health care and lack of physician adherence to therapeutics. In Ethiopia, routine health care report is incomplete and erratic and 90% individuals diagnosed with hypertension do not properly adhere to treatment. The present study was carried out to assess the antihypertensive drug utilization pattern in Butajira Zonal Hospital, Ethiopia. Methodology: A retrospective cross-sectional study was conducted on 486 patient cards of hypertensive patients from Jan, 23 2011 – Feb. 03, 2011 in Butajira Zonal Hospital, SNNPR, Ethiopia. Results: The hypertensive patients studied were female 267 (54.94%) and 271 (55.76%) were above 45 years of age. The common signs/symptoms and disease reported were headache 31(19.50%), congestive heart failure and urinary tract infection 23(14.46%). Combination therapy study on 275 patients shows 237(86.18%) and 38(13.82%) were on two and three drugs respectively. A total of 211 anti-hypertensive drugs were prescribed as mono-therapy out of them hydrochlorothiazide was mostly 123(58.29%) prescribed. A total of 198(100%) patients were taking non-steroids anti-inflammatory drugs, norfloxacin 15(7.58%), Digoxin 14(7.07%), Insulin 9(4.55%) and salbutamol 6(3.03%) were commonly co administered with anti-hypertensives. Conclusion: Diuretics were the most prescribed anti-hypertensive drugs in mono-therapy and combination therapy. The consumption of antihypertension drugs in the study area and Ethiopia as well is increasing which is similar other countries, but differences in the relative increase for each class of drug suggest that further study may be required to clarify the origins and causes.

INTRODUCTION: Hypertension is the most common problem seen in primary care and leads to myocardial infarction, stroke, renal failure, and death if not detected early and treated appropriately. Patients want to be assured that blood pressure (BP) treatment will reduce their disease burden, while clinicians want guidance on hypertension management using the best scientific evidence. 1

Blood pressure can be classified as 140/90 as high, 130/85 to 139/89 as high-normal and 129/84 and above as normal and life style changes was recommended along with medication. Primary hypertension occurs in 10–15% of white adults and 20–30% of black adults in the United States. Secondary hypertensions (5-10%) of patients have specific causes. 2 Hypertension is an important risk factor for the development of chronic renal insufficiency (CRI) and end stage renal disease (ESRD). 3

The available regimens in Ethiopia include diuretics, beta-blockers (BBs), calcium channel blocker and Angiotensin converting enzyme inhibitor as first step agents.  First line drugs for non-emergency conditions are hydrochlorothiazide and/or nifedipine and/or propanol and enalapril or methyldopa is an alternative. 4 The principal cause of cardiovascular deaths is emerging as prominent public health problems in developing countries, ranking third with many 16% of all deaths. 5

According to world health report 2002, cardiovascular disease accounted for 9.2% of total deaths in the African region and hypertension remains the most important risk factors with national prevalence level ranging from 25% to 35% in adults aged 25-64 years.  Awareness, treatment and control of hypertension are extremely low in this region, as health care resources are overwhelmed by other priorities including HIV/AIDS, TB and malaria. 6 The reported prevalence of hypertension varied around the world with the lowest prevalence in rural India (3.4% in men and 6.8% in women) and the highest prevalence in Poland (68.9 in men and 72.5% in women). 7

In developed countries arterial hypertension is the most prevalent cardiovascular disorder modifiable risk factor; it affects about 20% to 50% of the adult population in these countries. For every 20-mm Hg systolic or 10-mm Hg diastolic increase in BP, there is a doubling of mortality from both coronary heart disease and stroke. 8

A study conducted in Ethiopia on patients with essential hypertension at Tikur Anbessa hospital concluded that Ethiopian hypertensives may respond better to diuretics than to beta blockers or angiotensin converting enzyme inhibitors. 9 Another research done in Sidama zone, Southern Ethiopia on hypertension obesity and central obesity in diabetics and non-diabetics showed that, the general prevalence of hypertension in the entire study population was 18.8% with 26.1% in diabetics and 10.2% in non-diabetics. 10

Study Area, Period and design: A retrospective cross-sectional study was carried out in Butajira Zonal Hospital, South Nations, Nationalities and People Region, Ethiopia. Butajira town is found at 135km South from Addis Ababa and the town has five kebeles with a total population of 41,345. The hospital has inpatient, outpatient and operation service.  The study was conducted from January, 23 2011 – Feb. 03, 2011 on the hypertensive patient cards from January 1 – December 31, 2010.

Data Collection, Quality, analysis and interpretation: A well-designed data collection format containing the variables to be measured was used.  Data was collected by using data abstraction format containing the variables to be measured.  The data was collected from the patient history card. Data were collected by the nurses working in the hospital and principal investigator. The quality of the study was improved through training data collector on how and which data to be collected by staff workers. Data aanalysis was done by combinations of manual calculator and Vassar stats (statistical tables’ calculator) and also SPSS 16 software package. The results were presented in absolute figures (percentages) as depicted in Tables and Figures.

Ethical Consideration: First, ethical clearance was obtained from institutional ethical review board of the college of health sciences, Jimma University. Then a formal letter was written from Jimma University, Pharmacy department to Butajira Zonal Hospital in order to get permission and co-operation to conduct the study. During data collection culture and norms of the society was respected. Moreover, verbal consent was secured from each respondent.

A total of 211 anti-hypertensive drugs were prescribed as mono-therapy during study period, out of them hydrochlorothiazide was the most prescribed 123(58.29%), followed by Nifidipine 61(28.91%) (As shown in the Fig.1). 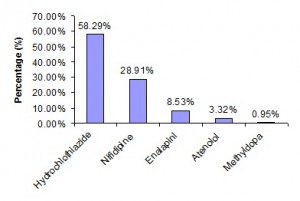 TABLE 3: COMPARISON OF PATIENT ON MONOTHERAPY AND DIFFERENT REGIMENS OF COMBINATION THERAPY DURING THE STUDY PERIOD IN BUTAJIRA ZONAL HOSPITAL FROM JAN.1 - DEC. 31, 2010

TABLE 5: THE COMMON SIGNS/SYMPTOMS AND DISEASE DURING THE STUDY PERIOD IN BUTAJIRA ZONAL HOSPITAL FROM JAN.1 - DEC. 31, 2010

TABLE 6: OTHER DRUGS TAKEN WITH ANTI-HYPERTENSIVE AGENTS DURING THE STUDY PERIOD IN BUTAJIRA ZONAL HOSPITAL FROM JAN.1 - DEC. 31, 2010

The drugs mentioned in Table 7 were co prescribed drugs having drug-drug interaction with anti-hypertensive drugs were ASA 6(26.09%) and insulin 4(17.39%) were commonly prescribed.

The study showed that 58.29% of patients were using diuretics (hydrochlorothiazide), followed by calcium channel blockers (Nifidipine) 28.91%. In a research done in Nigeria thiazide diuretics alone or in combinations remained the most commonly prescribed drugs in 56% of all patients.11 A study conducted in Ethiopia in patients with essential hypertension in Tikur Abnessa Hospital showed that hydrochlorothiazide significantly lowered both systolic and diastole blood pressure.9

The proportion of patients on combination therapy was (56.58%), according to recently issued international recommendations. One of the major reasons for the combinations of drugs is that, while reaching a superior clinical effectiveness, lower dose of both associated drugs can be used and this results in a lower incidence of adverse effects. In the present study 86.18% & 13.82% were on two and three drugs of combination therapy respectively and these results were better than similar to the research done in Nigeria, i.e., 61.2% and 33.6% were on 2 and 3 drugs, respectively.12

According to the result, regimen change was recorded in 10.08% of patients.  The reasons for most of regimen changes were not written but some patients regimen change was due to side effects of the drugs and uncontrolled hypertension.  According to study done in Netherlands, the percentage of non-compliant patients (compliance < 80%) among cases and controls was 5.1 and 3.6%, respectively which is associated with the occurrence of change in anti-hypertensive medication regimen.13

In the present study, the prevalence of potentially harmful drug interaction patients was 4.7%.  A study done in Tokyo on patients using Non-steroid anti-inflammatory drugs, the difference in the change in systolic blood pressure between the User and Non-user groups was 2.88 mmHg (95% confidence interval: 0.89, 4.87); thus, systolic blood pressure in the Non-User group decreased further from the baseline than that in the User group. In the subjects administered beta blockers, diuretics, angiotensin-converting enzyme inhibitors, and calcium channel blockers, the corresponding differences were 0.37 mmHg, 6.11 mmHg, 3.85 mmHg, and 3.50 mmHg respectively.15

The study showed that most of the prescribers are compliance to national standard treatment guidelines. According to Ethiopian standard treatment guidelines, hydrochlorothiazide, Nifedipine, Atenolol and enalapril were the first step agents for non-emergency condition, whereas hydralazine and captopril in addition to furosemide were indicated for hypertensive emergency and hypertensive urgency respectively.4

CONCLUSION: Diuretics were the most prescribed anti-hypertensive drugs in mono-therapy and combination therapy, hydrochlorothiazide was the major one among diuretics. Majority of hypertensive patients were treated by combination therapy than mono-therapy. Majority of hypertensive patients were stage 1. Headache, congestive heart failure, urinary tract infection and peptic ulcer disease were common signs and diseases reported during diagnosis. NSAIDS, antibiotics, and Gastro-intestinal drugs were the common, concomitantly taken drugs with anti-hypertensive drugs. Most prescribers were compliance with standard treatment guideline. Aspirin and insulin were concomitantly taken with anti-hypertensive, yet having significant drug interaction.