ABSTRACT: Objective: To evaluate the knowledge, attitude and practice, regarding Fixed Dose Combinations (FDCs) among Postgraduate medical students of Bangalore Medical College and Research Institute, Bengaluru. Materials and methods: The questionnaire based study was conducted among 150 Postgraduate medical students of BMCRI, Bengaluru. The data obtained was analyzed using descriptive statistics. Results: Out of the 150 postgraduate students, 74% were aware about the advantages and disadvantages of FDCs. The knowledge regarding the WHO Essential Medicine List (EML) was 63%. Knowledge about banned FDCs and rationality of various FDCs were 62% and 32% respectively. The common sources of information were textbooks and journals. 10% of them opined that FDCs should not be allowed to be marketed. The most commonly prescribed FDC was amoxicillin + clavulanic acid and the most common indication was respiratory tract infection. Conclusion: It was observed that there was a lack of awareness about rationality of FDCs among postgraduate students. Hence, there is a need to sensitize them regarding the efficacy, safety, suitability and rationality of FDCs.

INTRODUCTION: Fixed dose combination (FDC) is a combination of two or more active ingredients in a fixed ratio of doses 1. FDCs are acceptable only when the dosage of each ingredient meets the requirement of a defined population group and when the combination has a proven advantage over single compounds administered separately 2. The nineteenth WHO Model List of Essential Medicines contain only 27 approved FDCs 3.

FDCs are available for the treatment of various ailments, ranging from nutritional deficiency to cardiovascular diseases 4. They enhance the efficacy of individual drugs, improve patient compliance and also decrease the pill burden on the patient 1. However, irrational prescribing of FDCs leads to increased risk of adverse drug reactions, higher treatment cost, emergence of resistant organisms and sometimes treatment failure 5.

Presently, there is a lot of debate over rationality and irrationality of FDCs as a large number of FDCs are being manufactured every year with no therapeutic rationale 6.Also, the trend of prescribing FDCs is increasing in clinical practice 1. A study of knowledge, attitude and practice is the most important tool to assess the benefits and lacunae about a subject in the community.

As the postgraduate students are primarily involved in patient management at tertiary care teaching hospitals, their awareness about prescribing medicines is important for the treatment of patients5.

Aim of the Study: To evaluate the knowledge, attitude and practice regarding FDCs among Postgraduate medical students of Bangalore Medical College and Research Institute, Bengaluru.

MATERIALS AND METHODS: The present study was carried out on postgraduate students of various clinical and paraclinical departments of BMCRI, Bengaluru from December 2015 to January 2016. A total of 150 students were surveyed after obtaining Institutional Ethics Committee (IEC) approval. Written informed consent was taken. A pre-validated questionnaire, with details such as the information about their respective department, year of study and questions regarding knowledge, attitude and prescribing practice of fixed dose combinations was used as a tool and administrated to all the postgraduates. The data collected was subjected to descriptive analysis and the results were expressed as percentages. They were presented in the form of graphs, wherever necessary.

RESULTS: A total of 150 postgraduate students were surveyed. Majority of them agreed that FDCs lead to an improvement in patient’s compliance (93%) and improved efficacy of individual drugs (77%). 81% had a knowledge that irrational FDCs can lead to drug resistance and only 47% were aware that dosage alteration of one drug is not possible without alteration of other drug (Fig. 1 and 2). The awareness about the availability of WHO Essential Medicine List and the FDCs included in it was 63% and 28% respectively. The knowledge about combination of tetracycline + Vitamin C as a banned drug was 62% (Fig.3). 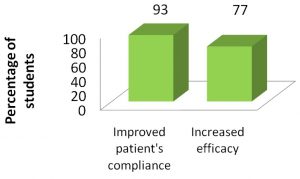 FIG. 1: KNOWLEDGE REGARDING ADVANTAGES OF FDCS 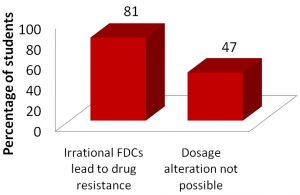 FIG. 2: KNOWLEDGE REGARDING DISADVANTAGES OF FDCS 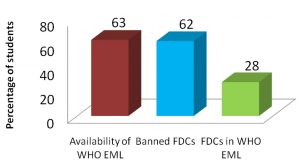 FIG. 3: KNOWLEDGE REGARDING WHO EML AND BANNED FDCS

Only 32% were able to mention the rationality of the given FDCs (Fig. 4). Common sources of information regarding FDCs were textbooks (53%), journals (30%) and others (Fig. 5). 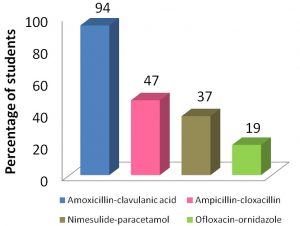 FIG. 4: KNOWLEDGE REGARDING RATIONALITY OF FDCS 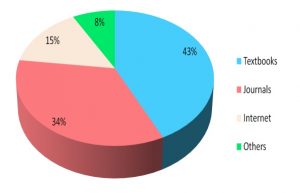 79% of the postgraduates prescribe FDCs, the most common being amoxicillin-clavulanic acid combination, for respiratory tract infections, followed by ofloxacin- ornidazole (Fig. 6). 10% were of the opinion that FDCs should not be allowed to be marketed. Most of the postgraduates believed that proper guidelines for the production and sale of irrational FDCs and regular CMEs stressing upon rational use of medicines is important to reduce irrational prescription of FDCs (Fig.7). 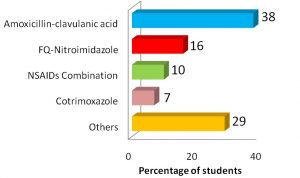 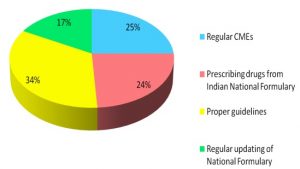 DISCUSSION: The knowledge, attitude and practice study is useful for finding the areas where deficiencies are present regarding a subject. Knowledge is a set of understanding of a given subject and its assessment helps to locate areas where information and education efforts remain to be exerted. Attitude is a way of being that helps explain that among the possible practices for a subject submitted to a stimulus, that subject adopts one practice and not another. Practices or

behaviours are the observable actions of an individual in response to a stimulus. So, this study was undertaken to assess the level of understanding among postgraduate students about FDCs as there is an increasing trend of prescribing FDCs in clinical practice 4.

According to the FDA, “two or more drugs may be combined in a single dose when each component makes a contribution to the claimed effects, and the dosage of each component (i.e., amount, frequency, and duration) is such that the combination is safe and effective for a significant patient population requiring such concurrent therapy 7. Use of FDCs is associated with many advantages like synergy and increased efficacy (eg. sulfamethoxazole with trimethoprim), reduced adverse effects (eg levodopa with carbidopa), increased patient compliance (eg. antitubercular drug combination) and reduced cost 8. However, certain disadvantages like incompatible pharmacokinetics, inflexible dose ratio and contraindication to one component of the FDCs decrease their utility 8. It was observed from the study that the postgraduate students had the knowledge that FDCs can lead to improvement in patient’s compliance and increase in efficacy of individual drugs but irrational prescription can lead to drug resistance also.

Majority of the postgraduates were aware of WHO EML (63%) but only 28% had the knowledge of drugs included in it. The concept of essential drug list was introduced by WHO in 1977 which is updated every two years. Out of the 414 medicines included in the19th list of WHO EML, 27 are FDCs 9. In India, a variety of combinations of drugs are available that are irrational and not included in WHO EML 10. There is a need to sensitize the health care professionals about the drugs included in EML so that they can prescribe the drugs rationally that require that patients receive medicines appropriate to their clinical needs, in doses that meet their own individual requirements, for an adequate period of time, and at the lowest cost to them and the community 11.

In our study, the knowledge about combination of tetracycline + Vitamin C as a banned drug was 62%. India has banned a total of 69 drugs and their combinations with other drugs for manufacturing and marketing in India 12. Health care professionals should be well acquainted with the list of drugs banned by DCGI as they have a risk of serious adverse drug reactions.

The knowledge about the rationality of given FDCs was lacking among the postgraduate students. 94% of the postgraduates were aware that amoxicillin-clavulanic acid combination is rational but there was a lack of knowledge about the rationality of other commonly prescribed FDCs like ampicillin-cloxacillin, ofloxacin-ornidazole and nimesulide-paracetamol combinations.

FDC is considered rational if it has a well defined and documented therapeutic indication and if specific mechanism exists to justify the combination. Clavulanic acid is a beta lactamase inhibitor that prevents the hydrolysis of amoxicillin thereby extending the antimicrobial spectrum of amoxiciilin against beta lactamase producing bacteria. Combination of ofloxacin-ornidazole is irrational as ofloxacin is effective against bacterial diarrhea and ornidazole against intestinal amoebiasis. As the two conditions rarely coexist, only one drug is effective at a time and injudicious use of the combination can lead to development of resistance and increased cost. Ampicillin is not recommended in combination with cloxacillin as ampicillin is ineffective against staphylococcus and cloxacillin is anti-staphylococcal penicillin, not so effective against streptococci. The dose of effective drug is also reduced to half. Hence, for any given infection, one of the components is useless leading to increased cost, adverse effects and chances of resistance. The combination of nimesulide - paracetamol is irrational as both the drugs act by same mechanism, so no synergistic or additive effect is seen. Moreover, it adds to the cost of therapy and increased adverse effects. The combination of tetracycline and vitamin C is banned as Vitamin C increases the level of tetracycline in the body thereby leading to its toxicity. Hence, doctors should be sensitized regarding the rationality of each component of the FDCs 13.

In our study, most of the postgraduates were in favour of marketing of FDCs and opined that there should be proper guidelines for the production and sale of FDCs products as well as regular CMEs stressing upon rational use of medicines to reduce the prescription of irrational FDCs. Prescribing from Indian National Formulary and WHO Model Formulary can also reduce the number of irrational combinations entering the market. The hit and trial method of combining drugs should be replaced by a rational and logical basis for bringing out a fixed dose formulation 14.

It was observed that 79% of the postgraduates prescribe FDCs frequently, the most common being amoxicillin + clavulanic acid. Other commonly prescribed FDCs were fluoroquinolones -nitroimidazoles, cotrimoxazole, NSAIDs combinations and others, most of which are irrational.

CIMS lists more than 100 irrational combinations which are not approved in any developed country but are being marketed in India. FDCs must be based on convincing therapeutic rationalization and be carefully justified 15. This fact has to be taught to undergraduate medical students in their formative years of learning so that once they address medical ailments like malaria, tuberculosis, AIDS, hypertension, etc. they should be more logical in selecting appropriate drug combinations13. The pharmacological basis of combining each ingredient in the formulation should be taught. Also, there is a need to strengthen the mechanism for continuing professional development of practitioners to ensure that they have the necessary knowledge and skills to prescribe rationally 14.

CONCLUSION: It was observed that the postgraduates were aware about the advantages and disadvantages of FDCs. However, there was a lack of knowledge regarding the rationality of commonly prescribed drugs and banned FDCs. Most of the FDCs prescribed by them were irrational. So, it is the need of the hour to sensitize the doctors regarding the efficacy, safety, suitability and rationality of commonly prescribed FDCs. Educational interventions to improve prescribing for doctors at different levels is required and it should be started from the undergraduate level of teaching. These interventions are extremely necessary to promote rational use of drugs.

ACKNOWLEDGEMENT: The authors would like to thank the faculties and Post doctoral students of Bangalore Medical College & Research Institute, Bengaluru for their support in conducting the project work.