ASSESSMENT OF THE AWARENESS LEVELS TOWARDS VITAMIN D CHECK, MEDICATION AND RELATED DISORDERS

ASSESSMENT OF THE AWARENESS LEVELS TOWARDS VITAMIN D CHECK, MEDICATION AND RELATED DISORDERS

Department of Histopathology and Cytology 3, FMLS, University of Khartoum, Sudan.

ABSTRACT: Background: Vitamin D deficiency and its associated disorders are prevalent in Saudi Arabia. This study aimed to assess the awareness levels towards vitamin D, check, medication, and related disorders. Methodology: In this cross-sectional study, a total of 500 Saudi volunteers living in the city of Hail (A region in Northern Saudi Arabia) and surrounding towns were included during the period from January 2020 to March 2020. Results: Out of the 500 participants, 295/500(59%) were found to complain from one or more VDD related conditions. Out of the 500 participants, only 214/500 (42.8%) experienced previous vitamin D testing. According to vitamin D testing results, 107/214 (50%) and 53/214 (24.8%) of the individuals did the test was found with vitamin D deficiency and vitamin D insufficiency, respectively. Conclusion: VDD is prevalent in Hail Region, Saudi Arabia, particularly among females. The scarcity of routine testing for vitamin D status resulted in multifarious VDD related disorders. Hail's population has a low awareness of vitamin D check, medication and related disorders.

INTRODUCTION: Vitamin D deficiency (VDD) is a major health problem afflicting over one billion people worldwide 1. In numerous countries, the inadequate exposure to natural sunlight and the intake of foods with poor in vitamin D contents embodying most populations around the globe at risk of VDD 2. Many diseases affecting humans are attributed to VDD. Multiple sclerosis, cardiovascular disease, hypertension, Parkinson's disease, Alzheimer's disease 3 and osteoporotic fractures 4, etc.

Vitamin D as a guardian of phenotypic stability through conserving the redox and Ca (2+) signaling systems. Vitamin D insufficiency results in a weakening in the stability of this regulatory signaling linkage, including a dysregulation in both reactive oxygen species (ROS) and Ca (2+) signaling. This is supposed to be responsible for numerous diseases 3. The vitamin D3 metabolite 1α, 25-dihydroxy vitamin D3 (1, 25 (OH)2 D3), which activates Vitamin D receptor (VDR).

VDR, besides its control of cellular metabolism, modulates mechanisms essential for immunity, including anti-microbial defense and the initiation of T cell tolerance 5. Low vitamin D is considered when the serum level is below 30ng/ml. Low vitamin D can be categorized into insufficient vitamin D (in the range of 21-29 ng/mL) and VDD (serum vitamin D below 21 ng/mL) 6.

VDD is prevalent in Saudi Arabia, particularly among women. The prevalence of VDD is reported to be over 80% in Saudi Arabia 7, 8. Diverse efforts are urgently needed to implement appropriate strategies to reduce the burden of VDD consequences in Saudi Arabia. Consequently, this study aimed to assess the awareness levels towards vitamin D, check, medication, and related disorders.

MATERIALS AND METHOD: In this cross-sectional study, a total of 500 Saudi volunteers living in the city of Hail (A region in Northern Saudi Arabia) and surrounding towns were included during the period from January 2020 to March 2020. Data were obtained from the general Saudi population. Adults aged 15 years or older were randomly selected regardless of gender, occupation, or marital status. A purposeful questionnaire was thoughtfully deliberated and used to collect the data. Each participant was interviewed to fulfill the variables including age, gender, symptoms of vitamin D deficiency, level of vitamin D (vitamin D deficiency defined as vitamin D level less than 20 ng/ml), treatment, and impact of vitamin D on the body and relation to diseases.

Ethical Consent: Ethical approval for this study was obtained from the ethical committee of the College of Medicine, University of Hail. All measures included in the current study comply with ethical standards of the 1964 Helsinki declaration, as well as its related subsequent modifications. Ethical approval number: HREC 00113/CM-UOH.04/20

FIG. 1: PROPORTIONS OF THE STUDY SUBJECTS BY DEMOGRAPHICAL CHARACTERISTICS

Table 3 summarizes the distribution of the study population by vitamin D treatment status. About 190/500 (38%) denoted a previous intake of vitamin D therapy 64/207 (31%) were males, and 126/293 (43%) were females). Out of 190 persons, 37/190 (19.5%) have taken the medication without a prescription. Subsequent maintenance dose of vitamin D was received by 74/190 (39%) individuals, most of them were females. The distribution of the study population by follow up after treatment of vitamin D related disorders was summarized in Table 4. Out of the 190 patients underwent vitamin D treatment, 69/190 (36.3%) did subsequent vitamin D check test. About 118/190 (62%) experienced musculoskeletal symptoms improvement after the treatment course. Approximately 66/190 (34.7%) of the treated patients developed vitamin D levels declining following quitting of the treatment. Concerning, the distribution of the study population by vitamin D status and age VDD and /or insufficiency status was proportionally increasing with the increase of age, as indicated in Table 5, Fig. 3. Concerning occupation, low vitamin D levels were observed among employees followed by students, representing 82/160 (51.3%) and 42/160 (26.3%), respectively (see Table 6.). However, when calculating the percentage within the entire occupation, the values changes, as shown in Fig. 4. 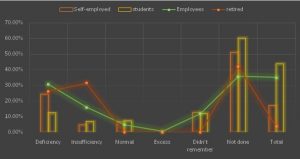 FIG. 4: DESCRIPTION OF THE STUDY POPULATION BY VITAMIN D STATUS WITHIN THE ENTIRE OCCUPATION

DISCUSSION: VDD represents a major health problem in Saudi Arabia, particularly among women. The present study was showing that 59% of study subjects were complaining from VDD related symptoms with a significant increase among females (RR (95% CI) = 1.3987 (1.1877 to 1.6472), P = 0.0001). Moreover, only 42.8% of these patients did vitamin D investigation. These percentages were far less than reported values from Saudi Arabia, which might be attributed to the presence of asymptomatic individuals in this study. A Saudi study has reported a VDD prevalence of 83.6% (31.9% severe, 32.0% moderate, and 19.7% mild) 9.

Another systemic review showed a VDD prevalence of 81% among all Saudi population settings (newborns, children, adults, newborns, and pregnant/lactating women) 10. However, studies reported VDD among populations with the specific condition had indicated much less prevalence rates. A study reported a VDD prevalence of 60.8% among Saudi patients with type 2 diabetes mellitus 11. Another study has reported a VDD prevalence of 60.2% among Saudi women 7. The decreased rates of testing for VDD might be attributed to the lack of routine VDD testing required by health practitioners. The significant increase of testing among women (P = 0.0032) was in line with the predominant of VDD among females equated to males. VDD and vitamin D insufficiency were reported in 50% and 43.8% of group pregnant Saudi ladies 12. This was relatively similar to the findings in the current study; 50% and 24.8% were found with VDD and vitamin D insufficiency, respectively. Another study reported VDD (25(OH) D < 20 ng/mL) in 60.2% of studied Saudi women 7. In the present study, the risk of low vitamin D among women, RR (95% CI) was 1.3868 (1.0532 to 1.8261), P = 0.0198. In many countries, particularly Arabian states, women have less outdoor activities. Due to sociocultural restrictions on female physical activities, Saudi woman has the least level of physical activity compared to other Arabian countries 13. As it was well established that VDD is associated with several chronic diseases 14, approximately 13.6% of the participants in the present study were found with chronic diseases, with hypertension being the most prevalent. Such an assumption was previously reported 15.

In this study, about 38% denoted a previous intake of vitamin D therapy (31% males vs. 43% females). Although the prevalence rates of VDD (≥67.5%) and vitamin D insufficiency (≥21%) are high in Saudi Arabia 16, there is no available literature on the prevalence rates of vitamin D supplementation in the country 17. However, a high percentage of patients with VDD related symptoms reported improvement. Therefore, some studies have called for widespread recommendations for routine testing and vitamin D supplementation in Saudi Arabia among healthcare practitioners. Deficiencies related to factors such as sunlight exposure and nutrients intake should be encountered when assessing patients in Saudi Arabia 18. The present study was showing that VDD was more prevalent among the older population, which might be attributed to their relatively low outdoor activities. Moreover, the majority of those with VDD were employees, as this occupation frequently the indoor activity in most settings. The limitation of the present study includes its cross-sectional design and lack of some quantitative measures, though it provided an essential set of information useful for health policymakers and health practitioners.

CONCLUSION: VDD is prevalent in Hail Region, Saudi Arabia, particularly among females. The scarcity of routine testing for vitamin D status resulted in multifarious VDD related disorders. Hail's population has a low awareness of vitamin D check, medication, and related disorders. Vitamin D testing should be applied as a routine in primary health centers. Rising of population awareness toward VDD is highly recommended in Hail Region.

ACKNOWLEDGEMENT: The authors would like to thank all participants for their time and support.

CONFLICTS OF INTEREST: The authors declare no potential conflicts of interest with respect to the research, authorship and/or publication of this article.