ABSTRACT: Bacteriological qualities of three different brands of chloroquine syrup (EZR, DMR and MBR) commonly sold in Calabar municipality, Nigeria were evaluated using standard microbiological techniques. Each brand was evaluated in duplicates and examined visually for possible abnormalities such as colour, turbidity and un-usual odour. This was followed by determination of viable cell count and identification of bacterial isolates. Chloroquine syrups sample EZR and MBR had mean bacterial count of 1.0x103cfu/ml respectively and DMR had 3.0x103cfu/ml. The isolates were staphylococcus aureus (47%), Escherichia coli (38%) and Pseudomonas aeruginosa (15%). All strain of S. aureus was sensitive to gentamycin (CN), ciprofloxacin (CPX), septin (SXT), Erythromycin (E) and resistance to Taravid (OFX), Amoxacillin (AM) and Ampicillin (AP). Escherichia coli strains isolated showed sensitivity to ciprofloxacin (CPX), Taravid (OFX) and septin (SXT) and was resistance to gentamycin (CN), Amoxacillin (AM) and Ampicillin (AP). P. aeroginosa strains were sensitive to Ciprofloxacin (CPX) and Taravid (OFX), and was resistant to Gentamycin (CN). The colony forming unit (cfu) for the sample DMR found in the study is below World Health Organization (WHO) standard. Thus, this finding is a major health concern

INTRODUCTION: Chloroquine remains one of the drugs of choice for the treatment of malaria infection which frequently lead to death in children in many developing countries of the world including Nigeria 5-20. Different brands of chloroquine syrups for children are available in the market. These brands are often produced with variations in manufacturing processed and possibly with different excipients which result in different bio availabilities 6.

Syrups are aqueous preparations characterized by sweet taste, a viscous consistency and serve as vehicles to convey medications. This ensure palatability and easy administration 8.

Bacterial contamination of pharmaceutical products is rapidly becoming a matter of public health concern globally. Pharmaceutical products are often susceptible to contamination by a variety of microorganisms during manufacturing and consumption 1. Due to the ubiquity of microorganisms specific control measures must be adopted to avoid microbial contamination. Air is a major source of contamination. During the use of pharmaceutical products, contamination with microorganisms irrespective of their harmful status can bring about physical and chemical changes of the product 2. Barid 3 observed that contaminating microbes may bring about the conversion of syrup formulation into the toxic metabolites. Similarly, Altah et al.,1 recognized such products as microbiologically unsafe for consumption and may pose potential health hazards to patients, as well as constitute wastage and may yield serious economic losses to the manufacturers. Khanfar et al.,4 observed that preservatives are used for maintaining the quality of syrup formulations, however some of these may be a source of contamination as they may contain microbes.

In Nigeria, most non-sterile pharmaceutical products have been reported to be contaminated by microorganisms mostly bacteria 9-11. This may be influenced by the environment and quality of the raw materials used during formulation. Some disease outbreaks have been associated with the use of heavily contaminated raw materials of natural origin 12. Some studies have revealed that incidence of microflora in syrups is indicated by the nature of ingredients (whether natural or synthetic), the quality of the vehicle and the care and attitude of the personnel involved in the handling 13, 21.

The most serious problems of bacterial contamination of syrups is where there is no obvious signs of spoilage hence, it is usually advisable to have knowledge of the bacterial content of all drugs and medicines whether there are required to be sterile or non-sterile 13, 21. Ibrahim et al.,8 have revealed that chloroquine is the most commonly administered syrups within most Nigerian households. Neglecting it wide spread used, few studies, if any have evaluated their bacteriological quality. This study is therefore aimed at evaluating the bacteriological quality of the most commonly sold syrups in Calabar municipality.

The pH of different brands of chloroquine syrups was determined using Mettler Toledo’s pH meter, produced by Wincom Company Limited, China. An aliquot of the syrups was dispense into test tube and the sensitive part of the pH meter was dipped inside the syrup for 10 seconds, followed by reading of the scale on the meter. The summary of the reading were noted.

The macroscopic characteristic of examined samples of chloroquine syrups is represented in Table 1. The table shows that there were no abnormalities, nor unpleasant odour in the syrup, though sample DMR was turbid but there was no suggestive of spoilage.  Table 2 shows the mean viable bacterial count of analyzed syrup. In this table, the mean count for sample EMR and MBR was 1.0x103cfu/ml respectively and that of DMR was 3.0x103cfu/ml. The means count of sample EMR and MBR has conform to the standard set by NAFDAC as their colony forming unit did not exceed 1.0x103cfu/ml. DMR shows a high level of contamination as it has colony forming unit up to 3.0x103cfu/ml which is above the standard microbiological specification for the certification of syrups.

Fig. 1 shows that percentage occurrence of bacterial isolates in the syrups studied. In this figure, staphylococcus aureus has the highest frequency of occurrence (47%), followed by Escherichia coli (38%) and Pseudomonas aeruguiosa(15%). The result of the susceptibility pattern of the isolates is represented in Table 3. 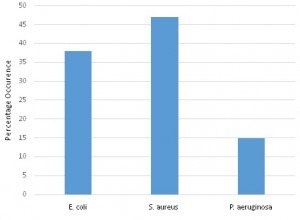 DISCUSSION: Studies have revealed several inadequacies surrounding the production of many pharmaceutical products including chloroquine syrup 9. In this study, the finding of a high bacterial load in all the three samples evaluated may be suggestive of the use of contaminated raw materials or the introduction of contaminant during production or poor storage.

In a study conducted by Daniyam et al., 12 on the microbiological examination of non-sterile products, the presence of S. aureus although ubiquitous in the environment is undesirable because of their spoilage potentials, and their presence in a product suggest poor environmental hygiene during processing or the use of heavily contaminated raw materials. On the other hand, Escherichia coli are found in the respiratory, intestinal and urinogenital tract of human. Since E. coli can be transmitted faecal-orally, the personnel may be a major contributory factor to this type of contaminant. Consequently, compliance with aseptic technique and personnel hygiene during preparation of pharmaceutical product may minimize microbial cross contamination. This obviously will prevent spoilage of the product and possible detrimental effect for patients.

The detection of S. aureus in the sampled syrup is of major health significant. This is because S. aureus secrete toxin which contribute to gastrointestinal distress 14, 17. More so, the high number of S. aureus in these preparations suggest that they are able to tolerate the presence of preservatives in such products. In an unrelated study carried out by Takon and Antai 9, S. Aureus was a prominent isolate of the spoiled pharmaceutical product evaluated. The presence of Escherichia coli is a good indicator of faecal contamination resulting from water supply used in preparation of the syrups.

Furthermore, the isolation of Escherichia coli, S. aureus, and P. aeruginosa in these products indicate a possible health risk. The possible adverse effect on health and the spoilage potentials of these contaminants highlights the need to reduce the degree of contamination of such products by establishing official guideline such as Good Manufacturing Practice (GMP) and ensuring compliance through regular monitoring of non-sterile pharmaceutical products. The result of this study is at variant with NAFDAC specification. However, some of them (EMR and MBR) with a low mean cell count of 1.0x103cfu/ml respectively conformed to the NAFDAC standard.

Poor storage on shelf’s that may exposed the drugs  to direct sun light  and high temperature may be a major contributory factor to amplify the bacterial load from a few colonies at the inception to contamination.

In conclusion, adherence to standard manufacturing practice is one of the method that can be used to prevent contamination of chloroquine syrups.