INTRODUCTION: Plants have the ability to synthesize wide range of chemical compounds, which are used to perform important biological function and also to defend itself from predators like insects, fungi and herbivorous mammals. Many of these phytochemicals have beneficial effects on long term health and also in the cure of human disease. At least 12000 such compounds have been isolated, which is actually about less than 10% of the total 1. These medicinal plants or herbs also show the antimicrobial and chemopreventive properties 2. Ethnobotany is recognized as the effective way to discover future medicine. In 2001, researchers identified 122 compounds which are used in modern medicine, 80% of them have the ethnomedical use of the active element of the plant 3.

Phyla nodiflora is an aquatic, evergreen, perennial herb which belongs to family Verbenaceae. Phyla is native of South  America and United States and commonly known as frog fruit, Turkey tangle. The plant is diuretic 4, has gastroprotective effect 5, anti inflammatory and antineoplastic activity 6, antioxidant  activity 7 useful in pain in knee joints and in lithiasis, antispasmodic 8, antibacterial activity 9  and antifungal activity 10,chutney  made from the leaves and fruits are eaten to relieve the irritation of internal piles.

The present study deals with the study of primary metabolites present in phyla nodiflora.

Collection of Plant Material: Plant material was collected from the Mawtha region, near Amer, Jaipur. It was then authenticated by Herbarium, Department of Botany, Rajasthan University, Jaipur, Rajasthan, India. The identification number given by the herbarium is RUBL21061.

Preparation of Extracts: The stem leaves and fruits of Phyla nodiflora was properly washed under tap water, shade dried and powdered. All the plant parts were then evaluated quantitatively to estimate the total levels of soluble sugars, starch, proteins, lipids, phenols, and ascorbic acid following the established methods for the sugars, starch 11, protein 12, lipids 13, phenols 14, amino acid 15, ascorbic acid 16. All experiments were repeated five times for precision and values were expressed in mean ± standard deviation in terms of air dried material.

RESULTS AND DISCUSSIONS: All the plant parts of Phyla nodiflora were evaluated quantitatively for the analysis of total soluble sugars, starch, protein, phenol, lipid, and ascorbic acid.

Plants are rich sources of high value metabolites like proteins, phenols, sugars, starch, lipids, amino acids and ascorbic acids which are directly involved in the normal growth, development and reproduction and are useful in flavoring, fragrances, insecticides, sweeteners and natural dyes 17.

Starch is biodegradable and renewable in nature. They are increasingly being considered as an eco-friendly alternative to the use of synthetic additives in many other products, including plastics, detergents, pharma-ceutical tablets, pesticides, cosmetics and even oil-drilling fluids. The highest amount of starch was observed in stems i.e. 1.98mg/gdw and minimum amount was observed in leaves i.e. .09mg/gdw (Fig. 1).

Quantitative estimation of sugar shows that content of sugar is highest in stems i.e. 8mg/gdw and minimum i.e1.8mg/gdw in leaves (Fig. 2).

Plant sugars can be used as artificial sweeteners and they can even help diabetics by supporting the body in its rebuilding 18.

The total levels of lipid were found to be higher in fruits i.e. pods 60mg/gdw and lowest in stems i.e. 30mg/gdw (Fig. 3). The higher amount of plant lipid can be used as essential oils, spice oleoresins and natural food colors. With a strong foundation in research and development, plant lipids have developed products that work with diverse requirements, be it culinary, medicinal or cosmetic 19.

Ascorbic acid (vitamin C) is a familiar molecule because of its dietary significance, most aspects of its metabolism and some aspects of its function in plants are very poorly understood 20.Total levels of ascorbic acid were found to be highest in leaves i.e. .030 mg/dw and minimum in stems i.e 0.0125mg/gdw (Fig. 4).

Proteins are the primary components of living things. The presence of protein level in the plant points towards their possible increase food value or that a protein base bioactive compound could also be isolated in future 21. Total levels of protein were found to be highest in leaves i.e. 2mg/gdw and both fruits and stem showed 1.6mg (Fig. 3). Total levels of phenols were found to be highest in fruits i.e. 7.5mg/gdw and lowest in leaves i.e. 4.0mg/gdw (Fig. 4).

The higher amount of phenols is important in the regulation of plant growth, development and diseases resistance. It can be used as fungicide, pesticides, an antiseptic, disinfectant and in the manufacture of resins, explosives, plastics, detergents and pharma-ceutical substances. 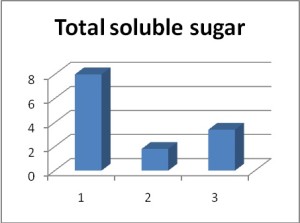 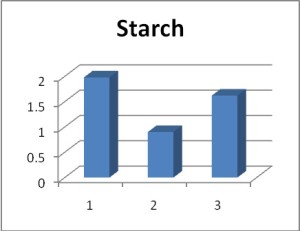 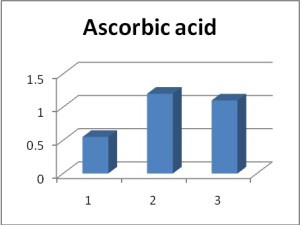 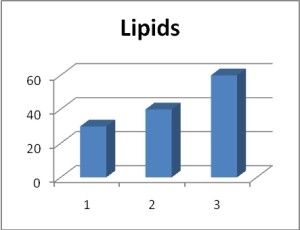 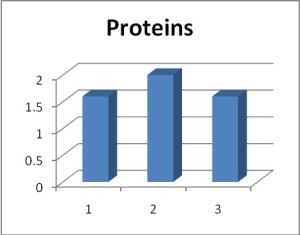 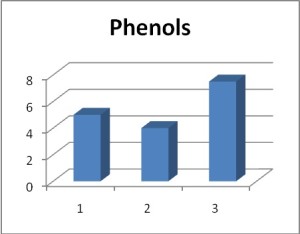 CONCLUSION: Phyla nodiflora contain many primary metabolites like carbohydrates, proteins, phenols, lipids, amino acids and ascorbic acids. Highest amount of soluble sugar were found to be in stems (8.0mg/ gdw), starch in stems (1.98mg/gdw), lipids in fruits (60mg/gdw), proteins in leaves (2.0mg/gdw), phenol in fruits (7.5/gdw) and  ascorbic acid in leaves (1.20mg/ gdw). These results are suggestive of primary bioactive compound of commercially importance and may result in great interest in plants pharmaceuticals. These primary metabolites further used for biosynthesis of secondary metabolites or bioactive compounds 22.