BIOLOGICAL AND MEDICINAL SIGNIFICANCE OF PYRIMIDINES: A REVIEW

BIOLOGICAL AND MEDICINAL SIGNIFICANCE OF PYRIMIDINES: A REVIEW

INTRODUCTION: Pyrimidine is a heterocyclic aromatic organic compound similar to benzene and pyridine, containing two nitrogen atoms at positions 1 and 3 of the six-member ring. It is isomeric with two other forms of diazine Fig. 1.

Whereas purine is a heterocyclic aromatic organic compound, consisting of a pyrimidine ring fused to an imidazole ring.

Purines and pyrimidines make up the two groups of nitrogenous bases. These bases make up a crucial part of both deoxyribonucleotides and ribo-nucleotides, and the basis for the universal genetic code. The general term purine also refers to substituted purines and their tautomers. The purine is the most widely distributed nitrogen-containing heterocycle in nature notable purines. The quantity of naturally occurring purines produced on earth is enormous, as 50% of the bases in nucleic acids, adenine and guanine are purines. In DNA, these bases form hydrogen bonds with their complementary pyrimidines thymine and cytosine. This is called complementary base pairing. The beginning of the pyrimidine chemistry may be traced back to the isolation of alloxan 1. 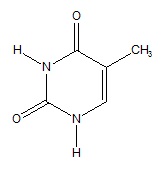 In DNA and RNA, these bases form hydrogen bonds with their complementary purines. Thus the purines adenine (A) and guanine (G) pair up with the pyrimidines thymine (T) and cytosine (C), respectively. In RNA, the complement of A is U instead of T and the pairs that form are adenine: uracil and guanine: cytosine. These hydrogen bonding modes are for classical Watson-Crick base pairing. Other hydrogen bonding modes ("wobble pairings") are available in both DNA and RNA, although the additional 2'-hydroxyl group of RNA expands the configurations through which RNA can form hydrogen bonds. Pyrimidines can also be prepared in the laboratory by synthesis. The classical method for the synthesis of pyrimidine is the Biginelli reaction 2.

Chemical Properties: A pyrimidine has many properties in common with pyridine, as the number of nitrogen atoms in the ring increases the ring pi electrons become less energetic and electrophilic aromatic substitution gets more difficult while nucleophilic aromatic substitution gets easier. An example of the displacement of the amino group in 2-aminopyrimidine by chlorine and its reverse. Reduction in resonance stabilization of pyrimidines may lead to addition and ring cleavage reactions rather than substitutions. One such manifestation is observed in the Dimroth rearrangement. Compared to pyridine, N-alkylation and N-oxidation is more difficult, and pyrimidines are also less basic. ThePka value for protonated pyrimidine is 1.23 compared to 5.30 for pyridine.

Organic Synthesis: Pyrimidines can also be prepared in the laboratory by organic synthesis. One method is the classic Biginelli reaction. Many other methods rely on condensation of carbonyls with amines for instance the synthesis of 2-thio-6-methyluracil from thiourea and ethyl acetoacetate or the synthesis of 4-methylpyrimidine from 4, 4-dimethoxy-2-butanone and formamide.

Further some hetero-fused pyrimidines are known to exhibit promising antiviral, 3 antibacterial, 4 anti-AIDS 5 activities. It is found that fused pyrimidines are selective inhibitors for multidrug resistance (MDR) 6, 7. Folate metabolism as antitumor agents 8. Atherothrombotic coronary artery disease, giving rise to a number of cardio circulatory disorders such as myocardial infarction (MI), unstable angina (UA), or acute stroke associated with deep vein thrombosis (DVT), is one of the most important causes of death worldwide. The relevance of fused pyrimidines as anti-platelet and antithrombotic drugs 9 has been firmly established by clinical trials. 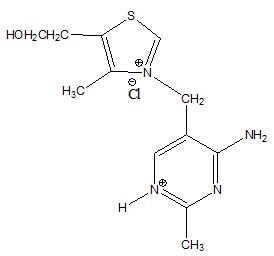 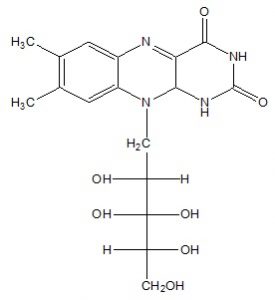 2.1.2.1 Pyrimidines as Antineoplastic (Anticancer) Agents: Cancer is not just one disease, but a large group of almost one hundred diseases. Its two main characteristics are uncontrolled growth of the cells in the human body and the ability of these cells to migrate from the original site and spread to distant sites. If the spread is not controlled, cancer can result in death.

The main target of anti-tumor chemotherapies is DNA10, 11. Alteration of DNA structure affects its synthesis and function which usually leads to disruption of cell proliferation and can eventually elicit cell death via apoptosis. These effects are currently being exploited to develop novel biologically active drugs with potential applications as anti-proliferative therapies, e.g. ligands that will form ternary complexes with DNA and the enzyme(s) topoisomerase. These enzymes are responsible for DNA unfolding within the nucleus, which may not be possible when the nucleotide has been structurally modified. As DNA unfolding is a preliminary step in cell replication, a ligand capable of inducing structural alterations to DNA could be used as a chemotherapeutic 12, 13. 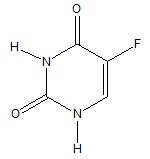 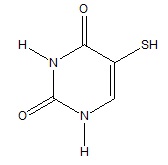 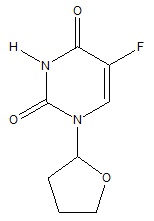 2.1.2.2 Pyrimidine as Anti-inflammatory and Analgesic Agents: There are large numbers of pyrimidine derivatives found to exhibit anti-inflammatory and analgesic activity. Some of them are as follows. New lipid soluble forms of thiamine (Vitamin-B1) such as Acetamine, 16 bentamine 16 and fursultiamine 17 are used for beriberi, polyneuritis, encephalopathy and pain. 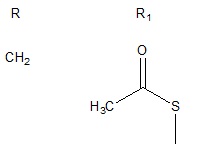 Pirisino et al., 18 have studied 2-phenylpyrazolo-4-ethyl-4, 7-dihydro [1, 5-a] pyrimidine-5-one for its analgesic, antipyretic and anti-inflammatory activities. 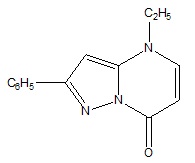 2.1.2.3 Pyrimidine Analogues as Antibiotics: Pyrimidine derivatives are also known for antibiotic properties.  Pyrimidine analogs which acts as antibiotic are bacimethrin (5-hydroxymethyl-2-methoxypyrimidin-4-amine) Fig. 16, which is found to be effective against several staphylococcal infections 21. Gourgetin Fig. 17 a cytosine derivative is active against mycobacteria as well as several Gram-positive and Gram-negative bacteria 22.

Wide-spectrum antibiotics aminoglycoside antibiotics, phleomycin, bleomycin are some other example of pyrimidine analogues. Further bleomycin is used for the treatment of certin tumors like Hodgkin’s lymphoma and disseminated testicular cancer 23.

2.1.2.4 Pyrimidine as Anti- HIV Agents: Human immunodeficiency virus (HIV-1) the causative agent of the acquired immune deficiency syndrome (AIDS), utilizes a reverse transcriptase (RT) that plays a central role in the replicative life cycle of the virus. This enzyme to date has been one of the main chemotherapeutic targets in efforts to control infections. A large number of molecules have been designed and synthesized to target various active sites on this enzyme. Among these chain terminators, the nucleoside analogs, 3'-azidothymidine (AZT), 2', 3'-dideoxycytidine (DDC), 2', 3'-didehydro-3'-deoxythymidine (d4T), Although approved for clinical use for patients with AIDS, the toxicity associated with these drugs together with the emergence of resistance strains of the virus has raised the need for molecules with a different mode of action. 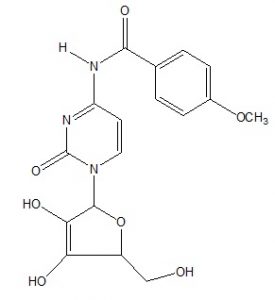 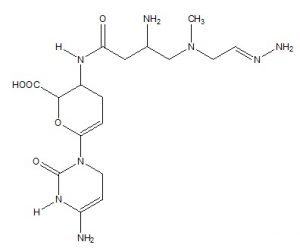 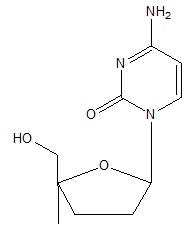 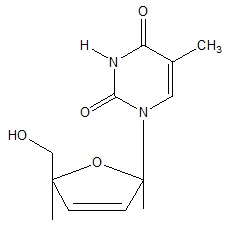 Cidofovir, 26 an antimetabolite for deoxycytosine triphosphate is used for treatment of cytomegalo virus (CMV) in AIDS patients. 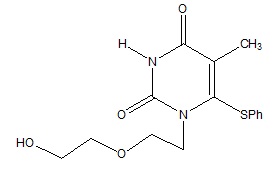 These compounds exhibited selective antiviral activity against both HIV-1 and HIV-2 in primary human lymphocytes. Bai-Chuan et al., 30 have synthesized 6-arylthio and 6-arylselenoacyclo-nucleosides and tested for anti HIV-1 activity. 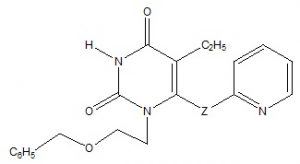 2.1.2.5 Pyrimidine Analogs as Anesthetics Agents: Thimylal 31, 32 is a short acting general anesthetic drug, which is a pyrimidine analogue. Saxitoxin 31 is naturally occurring pyrimidine containing anesthetic drug, however it is too much toxic to be used as clinical drug. 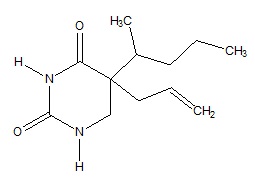 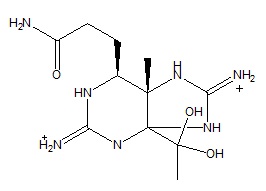 2.1.2.6 Pyrimidine as Cardiac agents: Fused pyrimidines, quinoazolines are used as antihypertensive agents 33, 34. For example prazosin 35 is a selective α1-adernergic antagonist. It is related to bunazosin 36, 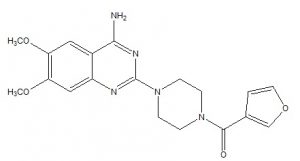 Terazosin 37 and triazosin 38 which are potent antihypertensive agents. Ketarasin 39 is another example of this kind which is antagonist of both α1-adernergic and serotonin-S2 receptor. 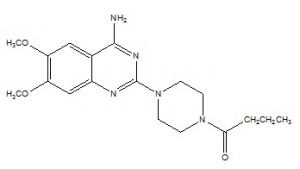 2.1.2.7 Pyrimidine as Antibacterial Agents (Sulfa Drugs): A number of pyrimidine derivatives have been found to be useful as chemotherapeutic agent. The antibacterial profile of sulfonamide is well. Among the sulfonamide, sulfadiazine, sulfamerazine and sulfadimidine are pyrimidine analogues of sulfa drugs which are more superior clinically antibacterial agent and are also used in the treatment of acute UT infections, cerebrerospinal meningitis and for patients allergic to penicillins 40.

However combination of sulfonamide and trimethoprim is used for the treatment of AIDS 41. Whereas Sulfadoxine 42 having half life of 7-9 days used for malarial prophylaxis and sulfisomidine with life of 7 hours used as veterinary medicine 43. In 1959, sulfamethoxine 44 was introduced with a half-life of 40 hr. The related 4-sulfon-amidopyrimidine such as sulfamethoxine44 has the half-life of about 150 hr.

Certain pyrano [2, 3-d] pyrimidine have been synthesized and screened for antibacterial activity, antifungal and antitubercular activities 46. 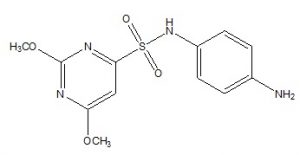 2.1.2.8 Pyrimidine as Antifungal Agents: Pyrimidines also known to exhibit antifungal properties. Flucytosin, 49 a pyrimidine derivative is useful in the case of infection due to candida taalbicans and Cryptococcus neoformans 50. Another pyrimidine analogue hexitidine is also used for aphthous ulceration 51. 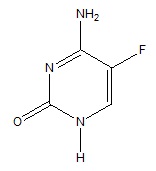 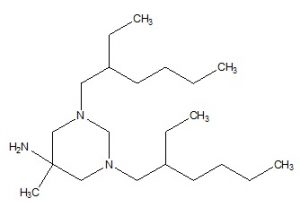 2.1.2.9 Pyrimidne Analogs as Metabolic Electrolytes: A simple pyrimidine analogue and its mineral forms, orotic acid 54 is used in the metabolic therapy, as orate is needed as key intermediate in the biosynthesis of pyrimidine nucleotides which are the building block of DNA and RNA required for the final protein synthesis. Especially it is used in the cardiovascular patients to prevent heart failure. 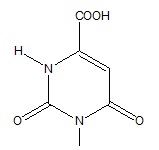 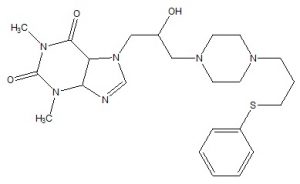 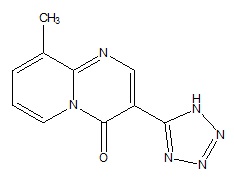