The manufacture of bi-layer tablets, produced by the sequential compaction of loose powder layers has recently become of increased interest within the pharmaceutical industry due to the tailored release profiles of active ingredients that may be obtained. In a bi-layer configuration, the immediate release layer of the bi-layer tablet has worked as the loading dose and the sustained release layer has maintained the therapeutic plasma drug concentration for prolonged time. Several pharmaceutical companies are currently developing bi-layer tablets, for a variety of reasons: patent extension, therapeutic, marketing to name a few. To reduce capital investment, quite often existing but modified tablet presses are used to develop and produce such tablets. This article explains why the development and production of quality bi-layer tablets needs to be carried out on purpose-built tablet presses to overcome common bi-layer problems, such as layer-separation, insufficient hardness, inaccurate individual layer weight control, cross-contamination between the layers, reduced yield, etc. Using a modified tablet press may therefore not be your best approach in producing a quality bi-layer tablet under GMP-conditions, especially when high production output is required.

INTRODUCTION: Biphasic delivery systems are designed to release a drug at 2 different rates or in 2 different periods of time: they are either quick/slow or slow/quick. A quick/slow release system provides an initial burst of drug release followed by a constant rate (ideally) of release over a defined period of time. This type of system is used primarily when maximum relief needs to be achieved quickly, and it is followed by a sustained release phase to avoid repeated administration. Suitable candidate drugs for this type of administration include non-steroidal anti-inflammatory drugs (NSAIDs) and antihypertensive, antihistaminic, and anti-allergic agents.

Compressed Matrix Core Tablet: A core tablet is a tablet within a tablet. The core is usually for the slow drug release component & the outside shell contains a rapid release dose of drug. Formulation of a core tablet requires two granulations. The core granulation is usually compressed lightly to form a loose core & then transferred to a second die cavity where a second granulation containing additional ingredients is compressed further to form the final tablet (fig. 1).

Generally, conventional controlled dosage forms delay the release of therapeutic systemic levels and do not provide a rapid onset of action. To modify the release of the drug from these systems, the surface area exposed to a fluid can be restricted by the addition of barrier layers to one or both sides of the tablets. However, most multilayer systems attempt to achieve a constant release rate from a tablet, not a biphasic release of the drug. When a single constant rate for drug release does not entirely satisfy the therapeutic objective, the quick/slow delivery system may be an interesting alternative. This biphasic release system can be achieved by the application of an immediate release layer to the conventional layered matrix tablet. To obtain quick/slow drug release patterns, Uekama et al developed a double-layer tablet that prolonged the release of piretanide for 8 hours; β-cyclodextrin was used in the fast releasing layer, and ethylcellulose (EC) and hydroxypropyl methylcellulose (HPMC) were used in the sustained release layer. The quick release layer contained a superdisintegration agent (cross-linked sodium starch glycolate) to increase the drug release rate. The slow release layer consisted of an HPMC matrix tablet. SkyePharma Co has one quick/slow release formulation on the German market: Diclofenac-Ratiopharm Uno 25 mg Quick + 125 mg Slow, which has been produced using the Geomatrix technology (Jago Pharma AG, Muttenz, Switzerland) for multiple-layer tablets.

Recently, Li and Zhu, using combinations of versatile minitablets (rapid release, sustained release, pulsatile, and delayed onset sustained with various releasing lag times), obtained a multifunctional and multiple-unit oral drug delivery system, including a quick/slow nifedipine release system. Another approach to achieving quick/slow drug release involves the use of a compressed core. The core consists of a sustained release tablet, which is coated by compression over the whole surface with a fast-disintegrating formulation. Both the core tablet and the outer powder layer contain a drug.

From the viewpoint of manufacturing, this technology is an attractive alternative to the production of multilayer dosage forms, because getting additional layers to adhere to the pre-compressed layers during the double-layer or multilayer tableting process can be difficult. Furthermore, because this system uses conventional manufacturing methods, it is more acceptable to the industry 1. 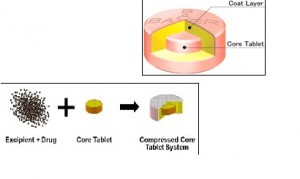 Manufacturing aspect of Bi-Layer Tablets: The manufacture of bi-layer tablets, produced by the sequential compaction of loose powder layers has recently become of increased interest within the pharmaceutical industry due to the tailored release profiles of active ingredients that may be obtained 2, 3. An observed disadvantage of the formulation however, is the predilection of the assemblies to fail at the interfacial boundary zone between the two adjacent layers.

In an earlier publication 4, 5, the relative interfacial strength of bilayer compacts of the commonly utilized excipient microcrystalline cellulose (MCC) was shown to be a function of both the ultimate applied initial layer and final layer compaction stress: the magnitude of which governs the degree of deformation endured by the particle assembly. MCC is well known to deform in a predominantly plastic manner which is a direct result of the presence of slip planes or dislocations and is thought to be an important factor affecting the compressibility of MCC. Under a relatively large compressive load the intimate contact area between the particles increases which allows for a greater number of strength increasing junctions or bonds to be formed. The overall tensile strength of the compact will therefore be a function of the number and geometry of these junctions that are present. Thus a naive, yet logical, postulation may be that the predilection of MCC to deform predominately by plastic flow is the governing property of the interfacial strength of the more complex bilayer formulation. Indeed, a rise in the applied final compaction stress will result in the cohesive and interfacial strength of the compacted tablets increasing 6, 7, 8.

Paradoxically, the material response (primarily ductile) of the constrained MCC particles to an applied load within the initial compaction layer, defined later, has shown to have a detrimental effect on the resistance to fracture of a bilayer tablet 4, 5. This indicates that the sequential compaction of two layers of the same material cannot be considered comparable in nature and in strength to the cohesion that occurs within a single compacted matrix manufactured of the same material (fig. 2). Thus, the purpose of the remaining investigation was to provide an understanding of why this is the case through examination of the surface morphology of the tablets. 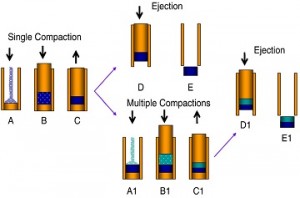 Knowledge of the morphology and surface properties of pharmaceutical particles commonly utilized in tableting applications, in a free or a consolidated state, can assist with the characterization of a materials mechanical response to an applied load. For example the hollow microfibrillar structure of microcrystalline cellulose (MCC) 9 is considered to be responsible for MCC having a high fraction of elastic recovery relative to other commonly used pharmaceutical excipients 10. The determination of the inherent structure of single particles obviously requires a topographical methodology which can accurately operate at relatively small length scales, such as atomic force microscopy.

At larger operating length scales, as commonly employed with an optical profilometer, the ‘waviness’ or form and roughness of a surface can be determined. It is the form of a surface which may provide information regarding the elastic recovery of a compacted material 11. Previous applications of optical profilometers to investigate the properties of compacted materials have involved the generation of both 2D and 3D profiles of surfaces to be analyzed. 3D profiles are usually conducted over relatively small sample areas of a few mm square 12 for an isotropic Gaussian surface it has been shown that the root mean squared roughness value is the same for a 2D and a 3D profile 13.

Generally for tablet analysis where the samples are relatively large and are considered isotropic a repeatable line profile provides an adequate analysis 14. The determination of surface parameters of pharmaceutical compacts through the application of optical profilometry has been achieved by many authors. Peltonen et al., determined that the roughness parameters obtained using a confocal laser scanning microscope could be correlated with the addition of lubricant to pharmaceutical compacts: as the lubrication was increased the surface roughness became ‘smoother’. Rowe 15 utilized the Ra value (introduced later) of coated tablets to determine the effect of process formulation on the surface roughness of coated tablets 16 used optical profiling to determine topographic changes of tablet surfaces with coating time, however, no significant correlation could be made. P. Narayan, B.C. Hancock 17 correlated the determined roughness parameters of compacts of several pharmaceutical excipients with their mechanical strength properties. They found there to be a clear distinction between the compacts classified as brittle: displaying low values of Ra and Rs with high variability and negative skewness, and materials which deformed in a more ductile manner: displaying higher values of Ra and Rs.

This result has been confirmed by a complementary analysis of the surface profiles using fractal parameters; however it was highlighted that fractal parameters are inherently scale sensitive 17.  Narayan and Hancock extended on this study by investigating the effect of particle size on the obtained roughness parameters for compacts with a predilection to deform in either a predominantly plastic or brittle manner 17.  They concluded that the relationship was complex in nature and the roughness was influenced by several factors including the yield stress, ductile/brittle transition particle diameter, the compaction stress and the mean particle diameter, hence further studies were required to obtain conclusive correlations (fig. 3). 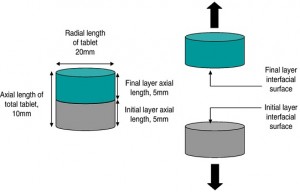 The goal in designing delayed release sustained or controlled delivery system is to (fig. 5): 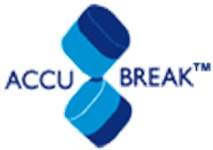 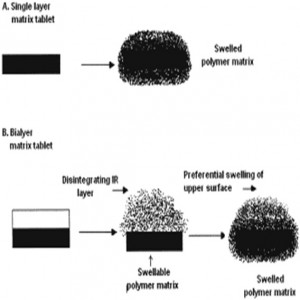 Matrix Tablet containing SR Granules & IR Granules : The use of polymeric material in prolonging the release rate of drug has received increased attention. The most important characteristics of this type of this type of preparation is that the prolong release may last days & weeks rather than for a shorter duration (as with other techniques). The first example of an oral polymeric matrix tablet is Gradumet (Abbott Laboratories), which is marketed as an iron preparation. The plastic matrix provides a rigid geometric matrix surface for drug diffusion so that a relatively constant rate of drug release is obtained (fig. 6). 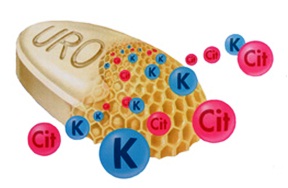 Such problems become even more apparent when the tableting speed is high or increased. Whenever high-quality bi-layer tablets need to be produced at high speed, the use of an ‘air compensator’ in combination with displacement control appears to be the best solution. The sensitivity of the displacement- based control system increases as pre-compression force decreases, resulting in a higher accuracy.

As explained, this is particularly important with regard to bi-layer compression. Accurate individual layer weight monitoring/control at high speed and in combination with reduced layer separation risk can be achieved with the Courtoy-R292F. In addition, the increased dwell time provided by the ‘pneumatic compensator’ and the special attention to reduced interlayer cross-contamination risk make the Courtoy- R292F an excellent bi-layer tablet press 22, 23.