Categories Menu
Home » BULK AND SURFACE PROPERTIES OF TIN BASED HERBAL DRUG DURING ITS PREPARATION: FINGERPRINTING OF THE ACTIVE PHARMACEUTICAL CONSTITUENT

BULK AND SURFACE PROPERTIES OF TIN BASED HERBAL DRUG DURING ITS PREPARATION: FINGERPRINTING OF THE ACTIVE PHARMACEUTICAL CONSTITUENT

BULK AND SURFACE PROPERTIES OF TIN BASED HERBAL DRUG DURING ITS PREPARATION: FINGERPRINTING OF THE ACTIVE PHARMACEUTICAL CONSTITUENT

The Tin based herbal drug (Vangaparpam - a Siddha system of Medicine) has been widely used for the treatment of urinogenital infection and Arthritis. It was prepared by ten sequential stages of calcinations of the medicinally purified tin along with Aloe vera extract. In this study we analysed samples from various stages of preparation using analytical techniques viz., Fourier Transformed Infrared spectroscopy, Powder X ray Diffraction, X ray Photoelectron Spectroscopy, Energy Dispersive X- ray spectroscopy , Scanning Electron Microscopy, to create fingerprints required for the optimisation of the process parameters, detection of toxic impurities and crystal morphology of the Active Pharmaceutical ingredient during the formulation of drug for which reports are not available. Upon analysis of the samples of various stages of calcinations, we found that there was a programmed heating the medicinally purified tin metal was converted to crystalline tin oxide in the tetragonal phase at the first stage of calcinations itself along with a small percentage of therapeutically important elements of Calcium, Iron, and Potassium. Further calcinations steps brought interplay of nano and sub-micro sized particles for optimum bioavailability of the drug.

INTRODUCTION:The Siddha medicinal system is a unique system with its merits due to the singularity in preparation, indication of diseases, the observable therapeutic outcomes, which matches with the established allopathic counterparts 1. Amongst the metal-based formulations of Siddha system, Parpam is an effective calcined form of a metal and it is equivalent to ‘Bhasma’ in Ayurveda. It is prepared by the repeated incinerations of the extensively purified metal in the presence of medicinal herbs or extracts to detoxify the metal toxicity 2.

Tin, known as ‘Vanga’ in traditional literature has demulcent and antiseptic properties. Vanga Parpam, the drug considered in the present study was prepared by trituration of the medicinally purified metallic tin followed by repeated calcinations. The resultant product was the oxide form of tin metal, which is widely used in the treatment of urino genital infections and dyspepsia 3, diabetes, asthma, arthritis, gonorrhoea, blood disorders 4 with a dosage of 65 to 130mg/day for seven consecutive days when taken along with an adjuvant such as honey, milk or ghee. As there is no extensive report available on the exact chemical nature of the process and the products obtained at each calcinations step, our study aimed at the preparation of the drug by following the methods given in Siddha literature 5and analysis of each step of the calcinations by analytical techniques.

The results of the study helped in the assessment of the quality of the samples in terms of impurities, composition, identification of the active pharma-ceutical ingredient (API) and its morphology and crystal structure at each stage of calcinations. The study also provided a significant contribution towards the standardisation of the drug and its processing and hence its quality control practices.

MATERIALS AND METHODS :  About 35 grams of Tin metal melted and dipped in to the oil of sesamum indicum . This process was repeated for seven times so that the metal was purified to be calcined. The metal became less shining without any metallic identity. The purified metal was then wrapped in a gunny on which pure turmeric powder was spread on both sides of the metal. It was burnt and the drug was recovered in the form of powder. This pre-treated powder was mixed with Aloe vera juice and ground to obtain a homogenous paste. The paste was transferred into earthenware crucible and sealed with clay and then calcined overnight using 20 cow dung cake each weighing 175 g. The product was taken out and cooled. This process was repeated ten times every time increasing 5 cow dung cakes. In the present study, we collected samples of I, II, IV, V, VI, VII, VIII, IX and X  stages. Followed by the collection, the samples were designated as samples S1, S2, S4, S5, S6, S7, S8, S9 and S10 with reference to process stages.

X-ray Photoelectron Spectroscopy (XPS) analysis was performed for the calcined samples for their surface analysis. The XPS high resolution narrow scans and wide scans were recorded using a Kratos Axis 165 instrument with a dual anode (Mg and Al) using the Mg-Kα anode. The pressure in the spectrometer was about 10-9 Torr.  For energy calibration, carbon 1s photo electron line was used and the carbon 1s binding energy was taken as 285 eV. The spectra were then deconvoluted using Sun Solaris based Vision 2 curve resolver. In order to assess the phase and crystallinity, Powder XRD patterns of the solid calcined samples were recorded using Rigaku Powder X-ray diffractometer with Cu/30KV/15mA and a scan speed of 4deg/min in 2q range from 10 to 80 degrees with a sampling step of 0.05 deg.The elemental composition of the calcined samples, viz.,C, H, N and S were performed using Elemental Analyser (Euro Vector model). Thermo gravimetric analysis was made using TGA Q50 at inert atmosphere. The distribution of particles in the form of multi channel histogram in each sample was measured using Microtrac S 3500, USA.  FT-IR spectral analysis was made using Spectrum Perkin Elmer IR instrument.

RESULTS AND DISCUSSION: The samples collected up to ninth stage of calcinations were slightly coloured and at end of the final stage it was crystalline and colorless. Following analytical results further confirmed the properties of the samples.

Particle Size Distribution: Fig. 1 showed the distribution of particle size of the drug samples with respect to calcinations stages which were in the range of about 50 nm to 100 microns which were observed as histograms. A higher percentage of nano sized particles was observed in Sample S1 when compared to other samples and the size of the particle increases (nano to micron) upon increasing the calcinations stages. According to Kapoor et al. 6, the combination of both nano and sub-micro size particles are responsible for the absorption and adsorption behaviour of the drug respectively under therapeutic conditions. A fine interplay of particle size and chemical nature of the constituents was observed in the final stage calcinations sample (S10).

X-ray Diffractograms: Table 1 gives the d values of the samples in comparison with the standard SnO2.and the crystallite size at various stages of the process. Intense peaks at 2q values of 26.3, 33.6, 37.8, 38.7, 51.5, 54.5, 57.5, 61.7, 64.5, 65.7,71, and 78.5 were observed in the calcined samples which matched well with the patterns of bulk SnO2 as reported in the literature 7. Peak position and the relative intensity of samples observed in XRD confirm the presence of highly crystalline single tetragonal rutile phase of SnO2 from the first stage of calcinations. Furthermore, the crystallite (or crystal) size of each sample for the prominent planes (110, 101, 200, 211, 220, 310 and 301) was calculated using Sherrer formula.

Stabilisation of SnO2 crystallite size observed in the final stage of  study might be due to the presence of calcium 8 and Silicon oxides present on the surface of the sample. 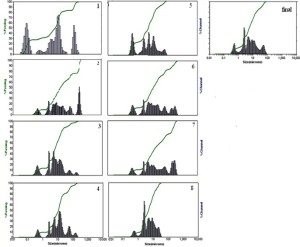 TABLE 1: d- VALUES (Å) OF SAMPLES OF NINE STAGES OF PREPARATION OF TIN BASED HERBAL DRUG IN THE SPECIFIED PLANES

Fourier Transformed Infrared Spectroscopy: The FT-IR spectrum of the samples as shown in Figure 2 indicates that SnO2 was the major constituent in all stages of the drug preparation in comparison with standard SnO2. The characteristic peaks in the regions of 625 – 665 cm-1 and 1040 – 1060 cm-1 correspond to O-Sn-O bridge of SnO2. The peak 1040-1060 cm-1, a characteristic of Sn=O and Sn-O, indicates the presence of adsorbed oxygen species, intermediate between O2־ and O22- 9. These observations were further confirmed by XPS analysis. Absence of broad peaks in the region 3250 cm-1  and 3270 cm-1 and 1421 cm-1 indicates the absence of  OH¯ and  CO3 2- groups. The number of small peaks in the range between 400 cm-1 – 555 cm-1 displayed by the samples upon increasing the calcinations stages implies the higher conversion of Sn to SnO2 10, 11.

Thermo Gravimetric Analysis:  The thermograms of the samples S1 to S10 (Figure not given) showed a weight loss of less than 2% at the temperature between 300 – 350˚C and there was a constant weight up to 750 ˚C which suggested the thermal stability of the drug 12. The absence of major weight loss or gain in the samples of all stages indicates that tin was converted to tin oxide without the formation of any intermediate which was also supported by other analytical results. However during the preparation of Vanga Bhasma, an Ayurvedic equivalent of this drug, an intermediate in the form of tin hydroxide was observed by Wadekar et al., 13.

FIGURE 2:  FT-IR ANALYSIS OF SAMPLES S1, S2, S4 TO S10 OF DIFFERENT CALCINATIONS CYCLES MADE DURING THE PREPARATION OF SIDDHA DRUG VANGA PARPAM

Scanning Electron Microscopy (SEM) and Energy Dispersive X-ray analysis (EDX): From the SEM photographs of the samples S1, S2, S6, S8, S9 and S10 (Fig. 3) an agglomeration of very fine particles due to repeated calcinations and absence of well-defined grain  boundaries were observed. A bigger spongy microcrystalline aggregate of SnO2 was observed in the initial stages of calcinations steps and in the last two stages there was a change in morphology due to the disintegration of the bigger agglomerates 13. Table 2 gives the EDX analysis data for all the calcined samples. The relative weight percentage of Tin decreased from 78 to 53% and the percentage of oxygen increased from 11.26 to 17.05 from sample 1 to sample 10, which suggests that the repeated calcinations converted more amount of tin to tin oxide as supported by XRD analysis. The maximum Tin content in the standard Tin oxide was 78%, while in the final stage sample S10 it was 53% which was equivalent to 78% SnO2 (as per stoichiometry). In the final stage of calcinations only trace amounts of carbon, nitrogen along with a fractional amount of hydrogen was remained as evidenced by C, H, N, S analysis (Table 2). 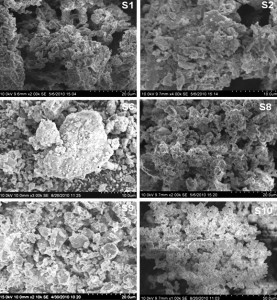 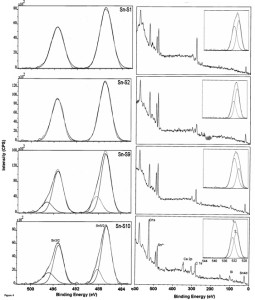 FIGURE 4; XPS ANALYSIS OF S1, S2, S9 AND S10 SAMPLES OF DIFFERENT CALCINATIONS CYCLES MADE DURING THE PREPARATION OF SIDDHA DRUG VANGA PARPAM

It was observed thatas the calcinations proceeded, additional peaks were observed at 488 eV and 497.14 eV,which were  characteristic of SnO2. The O (1s) peak was broad but asymmetrical at 530.74 eV and 532.52 eV indicating the presence of two types of oxygen 15 namely lattice oxygen of SnO2 and adsorbed oxygen respectively. In the final stage, the area under the peak at 530.7 eV decreased when compared to the first two stages, which may be attributed to the formation of oxides of Calcium, Silicon at the surface and was further confirmed from the XPS wide scans.

CONCLUSION: All the above analytical data evidently provided the bulk property as obtained from TGA, FT-IR and the surface property from SEM, XRD and XPS of the samples which suggested the direct transformation of metal Tin to crystalline Casitterite (rutile) phase of SnO2 without any formation of an intermediate Sn(OH)4 (Hydroxide of tin) during the preparation of the tin based herbal drug.

The programmed heating process along with herbal extracts makes the drug free from toxic contaminants and assured the formation of therapeutically important elements along with the Active Pharma-ceutical Ingredient, tin oxide and also provides the grain size required for therapeutic applications. In conclusion, we found, the method of preparation of the Siddha drug ultimately provided a safe drug without any adulterations of toxic chemicals and it authenticates its long term usage. These results will add a substantial scientific value to the standardisation of the metal herbal formulations and their usage.