Categories Menu
Home » CAUSES AND CONDITIONS ASSOCIATED WITH REDUCED LEVEL OF VITAMIN B12: A REVIEW

CAUSES AND CONDITIONS ASSOCIATED WITH REDUCED LEVEL OF VITAMIN B12: A REVIEW

CAUSES AND CONDITIONS ASSOCIATED WITH REDUCED LEVEL OF VITAMIN B12: A REVIEW

Vitamin B12 plays an important role in building of genetic material, in development of normal red blood cells and in maintenance of nervous system. Major deficiency symptoms of Vitamin B12 include anemia and neurological disorders. The daily recommended intake of vitamin B12 for an adult is 1.5μg a day. Eating a diet containing required amount of vitamin B12 is the best way to treat the conditions associated with its low level. Vitamin B12 found only in animal based foods such as meats, liver, kidney, fish, eggs, milk and milk products, oysters and shellfish. Hence, vegetarians are more likely to have low level of Vitamin B12.

INTRODUCTION: Vitamins were discovered in the early part of the twentieth century, In 1912, Polish scientist Cashmir Funk named the special nutritional parts of food as a "vitamine" after "vita" meaning life and "amine" from compounds found in the thiamine he isolated from rice husks. Vitamine was later shortened to vitamin. Funk isolated vitamin B1 (thiamine) from rice 1.

Eight of the water-soluble vitamins are known as the B-complex group: thiamin (vitamin B1), riboflavin (vitamin B2), niacin, vitamin B6, folate, vitamin B12, biotin and pantothenic acid. These vitamins are widely distributed in foods. Their influence is felt in many parts of the body. They function as coenzymes that help the body obtain energy from food. They also are important for normal appetite, good vision, healthy skin, healthy nervous system and red blood cell formation. Beriberi, pellagra and pernicious anemia are three well-known B-vitamin deficiencies.

Vitamin B12 aids in building of genetic material, aids in development of normal red blood cells and aids in maintenance of nervous system. Major deficiency symptoms of Vitamin B12 include anemia and neurological disorders. Vitamin B12 found only in animal based foods such as meats, liver, kidney, fish, eggs, milk and milk products, oysters and shellfish. Hence vegetarians are more likely to have low level of Vitamin B12.

Vitamin B12 works with the B vitamin folate to make DNA, our body’s genetic material. B12 is needed to protect nerve cells from damage. It also helps keep blood levels of the amino acid homocysteine low. This may help to decrease heart disease risk in some people 4.

Vitamin B12 is essential for two types of enzymatic reactions in humans; methyl group transfer and transfer of a hydrogen atom from one carbon to an adjacent carbon atom.

Structure and chemical composition of Vitamin B12: Vitamin B12 is the largest and most complex of all the vitamins. The name vitamin B12 is generic for a specific group of cobalt-containing corrinoids with biological activity in humans. Interestingly it is the only known metabolite to contain cobalt, which gives this water-soluble vitamin its red colour. This group of corrinoids is also known as cobalamins.

The main cobalamins in humans and animals are hydroxocobalamin, adenosylcobalamin and methyl-cobalamin, the last two being the active coenzyme forms. Cyanocobalamin is a form of vitamin B12 that is widely used clinically due to its availability and stability. It is transformed into active factors in the body.

In 1934, three researchers won the Nobel prize in medicine for discovering the lifesaving properties of vitamin B12. They found that eating large amounts of raw liver, which contains high amounts of vitamin B12, could save the life of previously incurable patients with pernicious anaemia. Vitamin B12 was isolated from liver extract in 1948 and its structure was elucidated 7 years later by A. R. Todd in 1955.

The structure of vitamin B12 (Figure 1) is based on a corrin ring, which has two of the pyrrole rings directly bonded. The central metal ion is Co (cobalt). Four of the six coordinations are provided by the corrin ring nitrogens, and a fifth by a dimethylbenzimidazole group. The sixth coordination partner varies, being a cyano group (-CN) (cyanocobalamin), a hydroxyl group (-OH) (hydroxocobalamin), a methyl group (-CH3) (methylcobalamin) or a 5'-deoxyadenosyl group (5-deoxyadenosylcobalamin) 5, 6, 7, 8, 9, 10, 11, 12, 13. 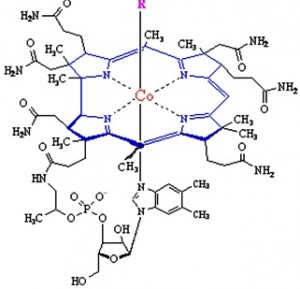 FIGURE 1: GENERAL STRUCTURE OF VITAMIN B12

Vitamin B12 is the only known essential biomolecule with a stable metal-carbon bond, it is an organometallic compound. The cobalt can link to:

This is particularly true for the liver, where vitamin B12 is stored in large concentrations. Products from herbivorous animals, such as milk, meat, and eggs, thus constitute important dietary sources of the vitamin, unless the animal is subsisting in one of the many regions known to be geochemically deficient in cobalt 15. Milk from cows and humans contains binders with very high affinity for vitamin B12, though whether they hinder or promote intestinal absorption is not entirely clear. Omnivores and carnivores, including humans, derive dietary vitamin B12 almost exclusively from animal tissues or products (i.e. milk, butter, cheese, eggs, meat, and poultry).

It appears that the vitamin B12 required by humans is not derived from microflora in any appreciable quantities, although vegetable fermentation preparations have been reported as being possible sources of vitamin B12 16, 17.

Metabolic processes and Vitamin B12: There are only two vitamin B12-dependent enzymes 20. One of these enzymes, methionine synthase, uses the chemical form of the vitamin which has a methyl group attached to the cobalt and is called methylcobalamin. The other enzyme, methylmalonyl coenzyme (CoA) mutase, uses a form of vitamin B12 that has a 5-adeoxyadenosyl moiety attached to the cobalt and is called 5-deoxyadenosylcobalamin, or coenzyme B12.

Measurement techniques of Vitamin B12: There are several methods to assay and calculate vitamin B12. Some of these methods are used in medical field, and some others in pharmacological studies/investigations, these methods are 22, 23:

Stomach or Gut Problems: Various problems of the stomach or gut can be a cause of vitamin B12 deficiency. Such as:

Drugs: Certain drugs used for other conditions may affect the absorption of vitamin B12. The most common example is metformin which is a drug commonly used for diabetes.

Dietary causes: The people who take no animal or dairy produce are more prone for vitamin B12 deficiency.

Conditions associated with reduced level of Vitamin B12: Vitamin B12 deficiencies manifest primarily as anemia and neurologic changes, although a deficiency of this vitamin inhibits DNA synthesis, which affects growth and repair of all cells.

Pernicious anemia is a form of megaloblastic anemia caused by either inadequate vitamin B12 intake or reduced gastric secretion of intrinsic factor, which inhibits absorption. The hematologic effects of vitamin B12 deficiency are indistinguishable from those of folate deficiency.

These include pallor of skin, tiredness, syncope, headache, shortness of breath, and palpitations. Hematologic complications are completely reversed by treatment with vitamin B12.

The main Condition associated with reduced level of Vitamin B12 is Biermer's disease (pernicious anemia). It is characterized by:

The other condition associated with reduced level of Vitamin B12 is the fact that Vitamin B12 deficiency can potentially cause severe and irreversible damage, especially to the brain and nervous system.

CONCLUSION: Vitamin B12 play an important role in the formation of blood and in the normal functioning of the brain and nervous system. The daily recommended intake for an adult is 1.5μg a day. Eating a diet containing required amount of vitamin B12 is the best way to treat the conditions associated with its low level. Vegetarians should consider taking a regular vitamin B12 supplement to prevent the conditions associated with its low level.