PURPOSE: The aim of this retrospective study is to present data of patient characteristics, treatment patterns, and treatment results in an unselected patient population with small cell lung cancer (SCLC) in limited disease (LD) and extensive disease stage (ED).

MATERIAL AND METHODS:  All patients of carcinoma lung from April 2007 to December 2009 were analyzed for present study, conducted in department of radiotherapy, PGIMS Rohtak, Haryana.  Total diagnosed lung cancer patients found were 531, out of which 41 patients were having   small cell lung cancer (SCLC). These patients have been analyzed with respect to patient characteristics, chemotherapy, radiotherapy, and treatment outcome.

RESULTS: Twelve (29.27%) of all patients had LD SCLC. Mean age of patient was 58.9 years. Two (5.55%) patient had complete response (CR). Rest 32 (77.77%) patients had partial response. Seven (16.66%) patients did not turn up after treatment.  Consecutive thoracic palliative radiotherapy was given in 22 (53.65%) patients. Additional prophylactic cranial irradiation (PCI) was administered to two patients.  Sixteen patients (39.02%) received CT with Carboplatin and Etoposide and three (7.32%) patients received oral Etoposide. Mean survival was 3.53 months. ED SCLC was diagnosed in rest 29 (70.73%) of cases.  Main metastatic sites were liver 11 (26.82%), bone 6 (14.63%), paraaortic lymph nodes 1 (2.43%) and adrenal in 1 (2.43%) patient. For bone metastasis three patients received palliative RT. Stable disease and progressive disease were the result of first line chemotherapy in both groups. Maximum follow up of patients was up to 15 months.

CONCLUSION: Combined modality treatment with chemotherapy and thoracic radiation therapy is the standard treatment for patients with small cell lung cancer. This is a comprehensive retrospective analysis of SCLC patient population with respect to their demographic characteristics, chemotherapy, radiotherapy, treatment outcome, and survival. Age and gender reached no statistical significance

INTRODUCTION: Lung cancer is the most common (13%) and deadliest form of cancer out of which, SCLC represents approximately 15%-25% of lung cancer 1. This is characterized by high growth fraction, rapid doubling time, and early propensity for metastases and equally sensitive to both for radiotherapy (RT) and chemotherapy (CT) 2. Relapse is frequent within months and overall survival remains poor 3. It has worst 5-year survival of all histological types 3, 6. SCLC is strongly associated with smoking, and rarely seen in non smokers 2. Exposure to ionizing radiation, Uranium, Radon, Methylated ethers are well known cause of this disease 2.

Early stage SCLC is diagnosed in less than 5% of SCLC patients. For these patients complete resection with a lobectomy with mediastinal nodal dissection should be considered. For patients with positive nodal involvement, after resection post operative chemotherapy and radiotherapy should be given 11, 13, 14.

The aim of this retrospective study is to present data of patient characteristics, treatment patterns, and treatment results in an unselected patient population with small cell lung cancer (SCLC) in limited disease (LD) and extensive disease stage (ED).

Inclusion Criteria: All patients of carcinoma lung from April 2007 to December 2009 were analyzed for present study, conducted in department of radiotherapy, RCC, PGIMS Rohtak, Haryana. Total diagnosed lung cancer patients found were 531, out of which 41(8%) patients were having SCLC.

RESULTS: Maximum duration of follow up was 15 months, Mean age was 58.69 year, Sex ratio (men: women) was 19:1. Mean overall survival was 3.53 months. Median duration of survival for limited disease was 15 months and for extensive disease 10 months. 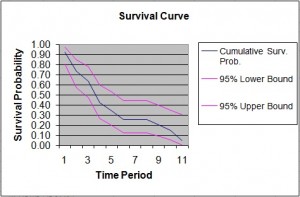 TABLE 4: SHOWING RESPONSE AT ONE MONTH AFTER COMPLETION OF T/t

DISCUSSION: Among the sixteen published trials comparing CT alone to CT combined with RT for limited small-cell lung cancer, five trials showed that combined therapy had a significant benefit as compared with CT         (Bunn et al., Birch et al., Perry et al., and Creech et al. and Schütte et al.) 12. The meta-analysis 12 of thirteen largest trials showed that the administration of TRT led to a 14 % reduction in the mortality rate (P = 0.001), and 5 % increase in the 3-year survival rate.

Pignon et al., 12 showed a 50% improvement in 3-year survival, from 10% with CT alone to 15% with the addition of TRT to CT.  Major benefit would be, if treatment variables such as the radiation dose, tissue volume, drugs administered, and timing of RT and CT were optimized 13.

The selection of an optimal schedule of CT combined with RT that would lead to a major increase in survival with minimal toxicity is the principal challenge13. We hope that the results of future trials will settle this question.

It was found that the benefit from radiotherapy was greatest in patients less than 65 years of age. The smaller effect of treatment in the older patients could be explained by increased toxicity, but it is not possible to examine this hypothesis with the available data.

Although these studies have demonstrated that RT improves local control rates and survival in limited-stage SCLC 12. Issues such as the optimal integration of TRT with CT (i.e. concurrent vs. sequential vs. alternating) and the appropriate volume and dose/fractionation scheme still remain unresolved.

CONCLUSION: Combined modality treatment with CT and TRT is the standard treatment for patients with SCLC. We provide a comprehensive retrospective analysis of SCLC patient population with respect to their demographic characteristics, chemotherapy, radiotherapy, treatment outcome, and survival data. Age and gender reached no statistical significance. The present preferred therapeutic strategy for limited disease is four to six cycles of etoposide-cisplatin (EP) based CT combined with concurrent or alternating RT.

There is no overwhelming evidence that alternating chemotherapeutic regimens are superior to EP-based regimens. TRT moderately improves survival in patients with limited SCLC who are treated with combination CT 15. CT without RT is the cornerstone of palliative therapy for patients   with extensive disease SCLC.

New therapies on the horizon for SCLC include the camptothecin derivatives, mitotic spindle poisons such as taxol, and analogues of the vinca alkaloids.