ABSTRACT: Cotoneaster is a plant from Rosaceae family and produces a sugary secretion (manna). Manna is the most important constituent of species of this plant. Manna consists of different types of carbohydrates, and other phytochemicals. Sugar characterization, including reducing sugar was assayed by cupric/sodium carbonate spectrophotometric method. In addition, the composition of individual sugars was also determined using high-performance liquid chromatography (HPLC) coupled with a refraction index (RI) detector, with mannitol being the most abundant sugar. Also, amount of essential microelements was determined using flame atomic absorption spectrometry. Finally, total flavonoid content in all Cotoneaster species was determined using the aluminum chloride method. According to HPLC-RI data, C. nummularioides manna has a high percentage of mannitol (88.69±0.05) and low amount of sucrose (5.37±0.01). Total reducing sugar of the C. discolor is the lowest and in C. nummularius is the highest among all mannas. The study shows differences in sugar profile, essential microelements, and total flavonoid content. Mannas from Cotoneaster species have different carbohydrate profiles and other phytochemicals and have different pharmacologic effects for these compounds.

INTRODUCTION: The Rosaceae family is flowering plants and has about 90 genera and 3000 species. This family has cosmopolitan distribution, but has been grown almost in the Northern Hemisphere in regions that are not desert. One of the Rosaceae genus with high pharmaceutically and therapeutically potencies is Cotoneaster. 1, 2

More than 460 species of Cotoneaster exist worldwide; however, less than 20 species grown in Iran and some have been comprehensively evaluated, completely. The spatial distribution of Cotoneaster species grown in Iran, differ. For example, C. suavis, C. nummularioides, C. nummularius and C. discolor are grown in the Khorasan, Alborz, Golestan and Mazandaran provinces, respectively. 2,  3

Cotoneaster species (Shir-e-Khesht) produce a sugary secretion (manna). Manna is the most important constituent of Cotoneaster species. Manna consists of different types of carbohydrates, such as glucose and mannitol; however, the specific composition of manna is dependent on the Cotoneaster species. Furthermore, Shir-e-Khesht is formed from phenolic and flavonoid compounds and essential microelements. These phytochemicals induce different pharmacological effects in the human body. 5, 6

In Iranian traditional medicine, the Shir-e-Khesht commonly has been used in the treatment of certain conditions, particularly constipation and neonatal jaundice. 7

Furthermore, different effects of manna derived from Cotoneaster species have been reported with new research including antibacterial, antioxidant, anticancer, and hepatoprotective effect as well as decreasing the serum levels of bilirubin. 1, 8

The sugar composition of Cotoneaster species has been determined using different methods, such as high-performance liquid chromatography (HPLC). In addition, due to high accuracy and precision, researchers used this method for identification and amount determination of monosaccharides and disaccharides in foods and other sources. Also, standard monosaccharide and disaccharide have been used for the determination of types of manna carbohydrates.

In addition, a refraction index (RI) detector has been used with HPLC (HPLC-RI) for the determination of sugar composition. 9, 10 In the present study, sugar composition, amount of essential microelements and total flavonoid content in the four species of Cotoneaster, namely, C. discolor, C. nummularioides, C. nummularius and C. suavis were determined.

MATERIALS AND METHODS: All chemicals were analytical grade: Solvents used were of HPLC grade and purchased from Merck (Darmstadt, Germany). Other reagents were purchased from Sigma-Aldrich and Merck.

Taxonomic identification of plant samples was performed, and representative voucher specimens were deposited at the herbarium of the Department of Pharmacognosy in Faculty of Pharmacy of the Mazandaran University of Medical Science. Voucher number (Engler’s patterns) of these plants defined: C. discolor (E1-27-421), C. nummularioides (E1-27-422), C. nummularius (E1-27-423), C. suavis (E1-27-424). Three samples of each of the four Cotoneaster species manna samples were analyzed.1

HPLC analysis: Free sugar compositions were separately determined using HPLC–RI. First, Cotoneaster manna was dissolved in water to a final volume of 5 mL. Free sugars were then determined using the isocratic HPLC (Knauer, Germany) method at 40 oC. The HPLC system was equipped with a Knauer smart line RI detector and with a Eurospher column (4.6 × 250 mm, 5 mm, Knauer) for four samples. The mobile phase comprised a deionized water/acetonitrile (3:7 v/v) mixture at a flow rate of 1.5 mL/min. The results were calculated by internal normalization of the chromatographic peak area. Sugars were identified by comparing the relative retention times of sample peaks with standards. The sugar standards were D (-)-fructose, D (+)-mannitol, D (+)-maltitol and D (+)-sucrose. 13, 14

Each manna sample (1 g) was placed into a porcelain crucible and ashed in a furnace at 450 oC for approximately 4 h or until a gray or white ash residue was obtained. The residue was dissolved in 10 mL of nitric acid (25% v/v). The solution was transferred to 50 mL volumetric flask and made up to volume 50 mL.

The instrument setting and operational conditions were then established in according with the instructions of the manufacturer for the microelements assay. Finally, each sample solution was injected into the instrument and analyzed. 15, 16

Total flavonoid assay: The total flavonoid content in manna of each Cotoneaster species was determined using the aluminum trichloride (AlCl3) method. Briefly, 1 mL of 2% AlCl3 in methanol was mixed with 1 mL manna solution (1 mg/mL). Absorption readings at 415 nm were taken after 10 min against a blank sample consisting of a 1 mL manna solution mixed with 1 ml methanol without AlCl3. The blank sample absorption was subtracted from that of each manna sample. The total flavonoid content was determined using a standard curve with quercetin (10, 15, 25, 50 and 75 mg/L) as the standard. The mean of three readings was used and expressed as mg of quercetin equivalents of manna. 17, 18

Statistical Analysis: All data were analyzed using Student t-test and analysis of variance (ANOVA). P-value less than 0.05 were considered significant for all data.

RESULT AND DISCUSSION: The amount of reducing sugar was assayed using cupric/sodium carbonate spectrophotometric method. This test is the primary analytical method for determining carbohydrate compositions of plants and other sources. According to the obtained data, mannas of C. nummularioides and C. discolor had higher and lower amounts of reducing sugar, respectively (Table 1).

In addition, HPLC was the most useful and accurate method for the analyses manna exudates. Sugars normally have no absorbance in ultraviolet light; therefore, they should be detected using RI detectors.

Finally, the analyzed obtained data are shown in Table 2. According to HPLC data, C. nummularioides manna has a high percentage of mannitol and low amount of sucrose, which should increase human interest (particularly in regards to patients with diabetes) for its consumption. 14, 19

Table 3 shows the elemental analysis results and total flavonoid content in mannas of the four species of Cotoneaster. According to these data, manna contains trace amounts of zinc, iron and copper.

In addition, standard amounts of any essential microelements are mentioned in the Table 6.

The presence of essential microelements enhances the nutritional value of manna. In addition, the total flavonoid content in mannas is shown in Table 3. These data show that mannas contain various phytochemicals apart from sugar. 20, 21

TABLE 2: PERCENTAGES OF MANNITOL, FRUCTOSE, SUCROSE, MALTITOL, OF ALL THESE SUGARS IN THEIR TOTAL SUGARS AND MANNITOL AMOUNTS (g/100g MANNA) IN THE COTONEASTER SPECIES MANNA BY HPLC-RI METHOD 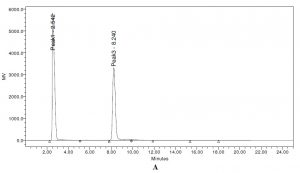 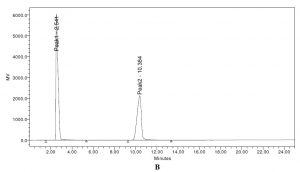 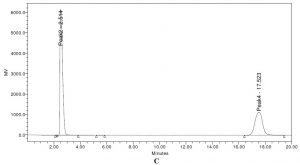 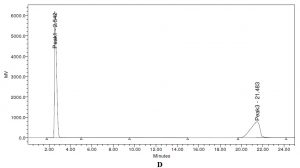 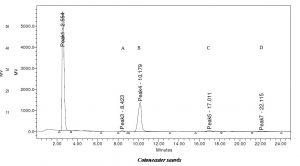 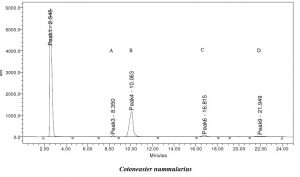 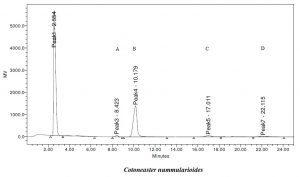 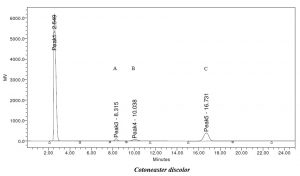 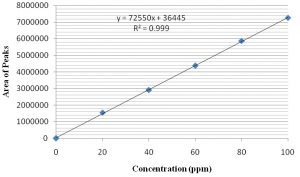 CONCLUSION: Manna is sugary exudates and obtains from some plants such as Cotoneaster species. These secondary metabolites have several compounds especially monosaccharides and disaccharides. In addition, all manna has several types of pharmacological effects such as antihyperbilirubinemia and laxative.