ABSTRACTThe use of medicinal plants and preparations derived from them as dietary supplements, nutraceuticals, functional foods and herbal medicinal products has become more widely accepted in developing countries. Therefore, it is important to evaluate the adverse effects of these plants and their preparations.The objective of this study was to evaluate the safety of the methanol extracts Plumeria acuminata (MEPA) and Galega purpurea (MEGP) by single the long-term oral administration in mice.The study of chronic toxicity was determined by oral feeding male mice daily with the MEPA and MEGP at the dose of 300, 600 and 1,200 mg/kg body weight continuously for 270 days. The results of chronic toxicity showed no abnormalities in the test groups as compared to the controls. Hematological and blood chemical values in treated groups were normal in comparison with the control group. Non-toxicity effect of MEPA and MEGP were present as no changes in body weight, internal organ weight, and general behaviors. Macroscopic or microscopic of internal organs or tissues in treated rats showed no changes. Therefore, the methanol extract of MEPA and MEGPgiven orally to male mice did not produce both acute and chronic toxicities

INTRODUCTION:The widespread use of natural and synthetic drugs has necessitated the development of rapid and cost effective toxicity tests to protect humans and other biota 1, 2. Generally, substances are absorbed from the blood stream and detoxified by the liver. After detoxification by liver they are generally excreted out of the body through kidney.

Therefore it is very much essential to determine the effect of a new agent on liver and kidney functions and metabolism. Toxicological evaluation was performed in blood and serum samples following the administration of dose regimens of these agents that were previously shown to be pharmacologically active in animal models.

Plumeria acuminata belonging to the family Apocynaceae is widely distributed throughout the Southern parts of India. In traditional medicinal system different parts of the plant have been mentioned to be useful in a variety of diseases. The bark has been reported to be useful in hard tumors, diarrhoea and gonorrhea. The leaves are reported to have anti-inflammatory, rubefacient in rheumatism and have strong purgative effect.

Its branches are used like those of ‘chitraka’ to produce abortion 3. Our previous findings revealed that the methanol extract of P. acuminata leaves showed significant anti-inflammatory activity 4, antipyretic and antinociceptive activity 5, antioxidant and free radical scavenging activity 6 and antimicrobial activity 7.

Galega purpurea (Papilionaceae) grows on hard stony ground too difficult to be rooted. The various parts of the plant are widely used in the folk medicine for the treatment of fever, pain, cough, asthma, bilious febrile attacks, arthritis and rheumatism. Decoction of the root useful in the management of enlargement and obstruction of the liver, spleen and kidney. Also the root is useful in the treatment of dyspepsia, chronic diarrhoea and ulcers 8 (Nadkarni, 1976b). Recently we reported the anti-inflammatory and antinociceptive activity 9, antimicrobial activity 7, in vitro antioxidant and free radical activity 10 and antitumor activity 11.

Hence, the present investigation was carried out to evaluate the toxic effect of the methanol extract of Plumeria acuminata (MEPA) and Galega purpurea (MEGP) and the parameters of the study are hematological profile and hepatorenal function.

Plant material: The leaves of Plumeria acuminata (Family: Apocynaceae) and the roots of Galega purpurea were collected from Erode district of Tamil Nadu, India. The plant materials were taxonomically identified by Botanical Survey of India, Kolkata. Voucher specimens (No. GMG 02/05 and GMG 03/05 respectively) has been preserved in our laboratory for future reference. The plant materials were dried under shade and then powdered with a mechanical grinder and stored in airtight container. The dried powder materials were defatted with petroleum ether and the marc thus obtained was then extracted with methanol in a Soxhlet apparatus.

The solvent was completely removed under reduced pressure and a semisolid mass was obtained. Phytochemical screening of the extract revealed the presence of flavonoids, tannins, alkaloids, glycosides and steroids. The dried methanolic extract of Plumeria acuminata (MEPA) and Galega purpurea (MEGP) were suspended in normal saline and used for the present study.

Animals Male Swiss albino mice weighing 25-28 g were used for the present investigation. They were obtained from the animal house, Indian Institute of Chemical Biology (IICB), Kolkata, India. They were housed in clean polypropylene cages and were fed with standard pellet diet (Hindustan Lever, Kolkata, India) and water ad libitum.

The animals were acclimatized to laboratory condition (temperature 25±2˚C) with dark/ light cycle (14 /10 hr) for one week before start of experiment. All procedures were approved by Jadavpur University Animal Ethical Committee, Kolkata, India (R.No. 367/01/C/CPCSEA).

Toxic manifestations such as signs of toxicity, mortality and the body weight changes were monitored daily. At the end of the study, all mice were fasted overnight and anesthetized for blood collection. Heparinized blood samples were taken for determining complete blood count, red blood cell count, platelet count and red cell indices. The serum from non-heparinized blood was carefully collected for blood chemistry and enzyme analysis.

All mice were sacrificed after the blood collection. The internal organs and some tissues were weighed to determine relative organs weights and observed for gross lesions. All tissues were preserved in 10% neutral buffered formalin solution for histopathological examination.

Biochemical Parameters: The changes in the biochemical parameters due to the treatment of MEPA and MEGP were evaluated. Serum biochemical enzymes such as serum glutamic oxaloacetic (SGOT) and glutamic pyruvic transaminase (SGPT) activities16 and alkaline phosphatase (SALP) 17 were determined. The total protein concentration and bilirubin were measured by the method of Lowry et al., 1951 18 and Oser, 1965 19.

Renal parameters: The changes in the renal parameters due to the treatment of MEPA and MEGP were evaluated by measuring serum urea 20, creatinine 21 and uric acid level 22.

Histopathology: The organs were then preserved in 10% buffered formalin solution. The organs were processed for histopathological studies23. Tissue slides were stained with hemotoxylin and eosin and were examined by a pathologist.

Statistical Analysis: The experimental results were expressed as the mean ± SEM. Data were assessed by the method of analysis by ANOVA followed by Student’s t-test; P value of < 0.05 was considered as statistically significant.

RESULTS: The methanol extracts of Plumeria acuminata (MEPA) and Galega purpurea (MEGP) were evaluated for their short term toxicity in mice. 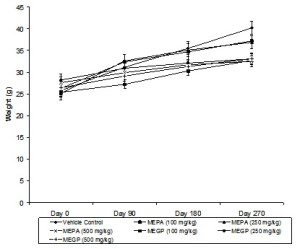 FIG. 1: EFFECT OF MEPA AND MEGP ON BODY WEIGHT 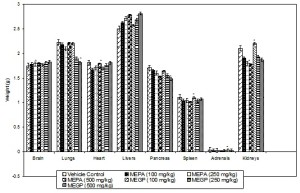 FIG. 2: EFFECT OF MEPA AND MEGP ON ORGANS WEIGHT

TABLE 1: EFFECT OF MEPA AND MEGP ON HEMATOLOGICAL PARAMETERS OF MICE

Data are expressed as the mean of results in 8 mice ± S.E.M. *P<0.05, Experimental groups compared with the normal group

TABLE 2: EFFECT OF MEPA AND MEGP ON BIOCHEMICAL PARAMETERS OF MICE

TABLE 3: EFFECT OF MEPA AND MEGP ON RENAL PARAMETERS OF MICE

Histopathology: The internal organs of all rats such as kidneys, livers, adrenals, sex organs, thymus, stomach, intestine, muscle, pancreas, brain and spinal cord were performed on gross and microscopic. Because these blood chemical parameters are the index of liver and kidney function, it suggests that the extract dose not induce toxicity to the liver and kidney. The results also showed no significant histopathological change in the internal organs.

DISCUSSION: Liver function can be assessed by serum transaminase activity 24. In normal subjects the levels of serum transaminases is usually low but after any tissue injury these enzymes are liberated into serum. It has been found that, patients with acute hepatic diseases have increased SGOT, SGPT levels and thus increased transaminase level may serve as an indicator of liver damage 25. Moreover, according to the reports of Friend et al SGOT and SGPT activity is also found in mice liver cell injury caused by the viral hepatitis 26. The results indicate that the MEPA and MEGP at the tested doses do not have any significant alteration in SGOT, SGPT and SALP levels. Bilirubin is formed from degeneration of hemoglobin in the whole of the reticulo endothelial system. The level of bilirubin was not altered by the 270 days treatment of MEPA and MEGP at the tested doses.

Kidney primarily serves to eliminate the waste products of metabolism from the body. It has been found that in case of renal failure, insufficiency of the kidneys to excret urea often leads to an increase in blood urea level 27, 28. Similarly, when accumulation of other waste products like nitrogenous substances takes place, the NPN titre of blood increases. The urea concentration over a period is proportional to the amount of protein in the diet 28 and urea nitrogen forms the greater part of plasma nonprotein nitrogen. Variations in nonprotein nitrogen mainly reflect alterations in blood urea level and as urea rises its nitrogen forms increase the percentage of nonprotein nitrogen. Blood urea and consequently nonprotein nitrogen level is found raised in the terminal stages of chronic nephritis, in some cases of acute nephritis and in congenital cystic kidneys 23.

Creatinine is the least variable nitrogenous constituents of blood. The value is increased in early nephritis and in chronic hemorrhage nephritis with uremia. Similarly increased blood content of creatinine has been reported in renal injury subsequent to trauma or anuria, in traumatic injuries to the muscles and in muscular dystrophy. Treatment with MEPA and MEGP at the tested doses does not have any significant alteration in blood creatinine level.

CONCLUSION: From the above investigation it can be concluded that MEPA and MEGP at the doses of 100 and 250 mg/kg did not alter the hematological parameters, liver and kidney functions significantly. However at the dose of 500 mg/kg the animals showed significant alteration in the hematological and hepatorenal functions and metabolism. From the above discussion it can be concluded that MEPA and MEGP up to the dose of 250 mg/kg body weight are free from toxication. The chronic toxicity at 500 mg/kg body weight may be due to the presence of various chemical constituents in the extracts. Further work is needed to find out the exact mechanism of toxicity.