ABSTRACT: Sickle cell anemia is a hemoglobin disorder, which is an autosomal recessive type affects millions of children of underprivileged and tribal area every year. Because of its devastating complications sickle cell is considered a major health problem in India and the entire world. Since many years, majority of the tribal population in the South Gujarat region are suffering from this lifelong disorder, which is incurable till date. The study to clinically evaluate T-AYU-HMTM, a novel herbo-mineral preparation has been performed in patients with sickle cell anemia. The prior ethics approval for the study was obtained. This study was a non-randomized and efficacy comparative type study in which folic acid used as standard. The results were analyzed by using mean ± SEM and one-way analysis of variance. Results from the study show the drug is effective in alleviating the clinical symptoms of patients. Results showed drug is able to sustain the level of red blood corpuscle. The drug also sustained hemoglobin level by reducing sickle hemoglobin balancing it with raising fetal hemoglobin. This sustained level might be responsible for alleviating the symptoms and better observational health-related outcome in sickle cell anemia patients as compared to folic acid treatment. The drug shows superior results on the clinical symptoms of sickle cell anemia patients as compared to folic acid treatment. As one has to tolerate the medicine for a lifetime in sickle cell anemia, T-AYU-HMTM might become the ultimate option in its management in future.

INTRODUCTION: As per epidemiological reports, each year over 300000 children are born affected by sickle cell anemia. Sickle cell anemia limits the affinity for oxygen of hemoglobin, resulting in the damaging or sickling of the red blood corpuscle. These irregularly shaped cells can get stuck in small blood vessels, which can slow or block blood flow and oxygen to part of the body.

This is the reason why this hemoglobin disorder affects all parts of the human body and exist different clinical appearances amongst the person to person. Lack of concern towards sickle cell anemia has created a barrier in health care. Even though many researches are going on management of sickle cell anemia, complications due to the sickling of the red blood corpuscle continue to be a significant issue in patients of sickle cell anemia and physicians in today’s scientific modern world.

Physicians remain puzzled by the biological and clinical intricacies of sickle cell anemia, and researcher still trying to find the cure to reverse the sickling effect of the human body.

Sickle cell anemia is broadly classified into its two types based on globin gene affected. Sickle cell trait (HbAS) in which the patients carry one normal and one defective globin gene. Patients with sickle cell trait are usually symptomless but mild anemia and various complications can occur under stressful conditions. Generally, people might have view on symptoms and complications of sickle cell disease only. But in real-world symptoms and complication in traits are not identified and remain undiagnosed throughout the lifespan of patients. On the other side if the both globin genes are affected then the condition is known as sickle cell disease (HbSS) 1-11.

T-AYU-HM™ novel formulation made up of extract of eight Indian origin herbal plants and three purified minerals. In-vitro anti-sickling effect of T-AYU-HM™ was evaluated at the Bombay College of Pharmacy Kalina, Mumbai. The results showed that T-AYU-HM™ has potent anti-sickling effects on sickle erythrocytes obtained from patients with sickle cell disease. The anti-sickling effect of T-AYU-HM™ is marked. In the absences of T-AYU-HM™, the majority of red blood corpuscles underwent sickling, while in the presence of T-AYU-HM™, sickling of corpuscles is significantly inhibited. The in-vitro drepanocytric activity of the Herbo-mineral formulation (T-AYU-HMTM) was 44.89%, 49.24% and 61.16% at concentrations of 15µg/ml, 30µg/ml, and 45µg/ml respectively 13.

MATERIALS AND METHOD: The protocol was designed as per ethical guidelines and obtained the approval from ethics committee (code no: 10/12/01-MNC) in 2010.

Selection of Patients: Before commencing the study the general and medical information of the patients were assessed by the principal investigator. The patients were screened and recruited from the outdoor department of Dhanvantari Clinic, Vyara, Gujarat. Patients diagnosed with sickle cell anemia were first distributed in two groups. Total 20 patients were selected for the study based on the various inclusion-exclusion criteria and who have given consent for the participation for an open-label and non-randomized trial. During the study period supportive management and emergency support system is also kept ready during the study.

Patients were asked to visit the clinic every month for observational study. Complete blood count and clinical parameters were regularly evaluated during each follow up. The assessment of response to drug was based on improvement in sign and symptoms of the patients. Therefore clear observation and answering of patients helped in grading the symptoms by the doctor. Pain score given by the Principal investigator recorded the effect of test the drug on major and minor clinical symptoms.

This parameter can be considered as an indication of overall patient’s health as well as overall therapeutic efficacy of test formulation. Eventually, the clinical benefit is worth more important in life long disease as compared to the statistical benefit.

Group 2: Folic acid 5mg. Generally, folic acid is considered as standard because it has been the choice of drug in many blood related disorders. In the study 10 patients of sickle cell disease were screened and selected 11-15.

Study Duration: Total duration for the study was four months as the one complete life cycle of red blood corpuscle is around 120 days and patients were followed up every 30 ± 7 days till four months. The assessment of the response was based on the hemoglobin and complete blood count picture before and after the study. The percentage change in hemoglobin level was analyzed by using HPLC, before and after the study. These results help in showing the effect of drug on types of hemoglobin level.

Statistical Analysis: Data were expressed by the mean ± SEM. Data comparison was carried out using one way analysis of variance to compare means between the different treatment regimen. Difference between test and standard group with a P value of 0.05 was considered statistically significant.

RESULTS: As per methodology the results obtained from patients on every follow up were collected, analyzed and presented as below.

FIG. 1: EFFECT OF T-AYU-HMTM AND FOLIC ACID ON HEMOGLOBIN

Obtained results data suggests that both T-AYU-HMTM (8.17 ± 0.47 to 9.01 ± 0.59) and Folic acid (8.51 ± 0.37 to 8.74 ± 0.42) improved Hemoglobin (gm%) in sickle cell disease patients but the improvement was not statistically significant. However, rise in level of hemoglobin was comparatively more in the T-AYU-HMTM group than the folic acid group which can be seen in following figure. 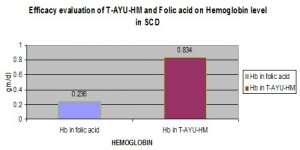 FIG. 2: EFFICACY EVALUATION OF T-AYU-HM AND FOLIC ACID ON HEMOGLOBIN

FIG. 3: EFFECT OF T-AYU-HM AND FOLIC ACID ON TYPES OF HEMOGLOBIN

FIG. 4: EFFICACY EVALUATION OF T-AYU-HM AND FOLIC ACID ON TYPES OF HEMOGLOBIN

FIG. 5: EFFECT OF T-AYU-HMTM AND FOLIC ACID ON RBC 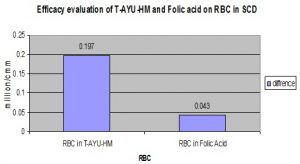 FIG. 6: EFFICACY EVALUATION OF T-AYU-HM AND FOLIC ACID ON RBC

FIG. 7: EFFECT OF T-AYU-HMTM AND FOLIC ACID ON MAJOR COMPLAINTS

FIG. 8: EFFECT OF T-AYU-HMTM AND FOLIC ACID ON MINOR COMPLAINTS

The parameters given number in above explained graphs of complaints are as follow 1-Splenomegaly 2-Jaundice 3-Pallor 4-General weakness 5-Palpitation 6-Fatigue 7-Bodyache 8- Backache 9-Puffiness on face 10-Abdominal colic 11-Loss of appetite 12-Fever and 13-Headache.

DISCUSSION: Sickle cell anemia is an autosomal recessive type of disorder where the red blood corpuscles may acquire a sickle shape, particularly on exposure to hypoxia. These may lead to complications arising out of destruction of the sickle cells or reduced perfusion due to clogging of vessels as a result of clumping of sickle cells or due to toxic effects arising out of processing of ruptured red blood corpuscles. The common signs and symptoms seen in patients of sickle cell anemia include – pallor and weakness, jaundice, pain (due to vascular clogging), splenomegaly 11-15. The drugs used so far, provide either symptomatic relief from pain (analgesics) or help in restoring red blood corpuscles (hematinics). None of these can provide a long term relief from the complications of the disease or reduce the need for hospitalization and blood transfusion.

In current study, the formulation showed fundamental proposed mechanism of action was preventing red blood corpuscles to become sickle and thereby prevent pain and complications in patients 13. Though, there is no significant increase in RBC count in study, but it was sustained is more important for the prognostic outcome in sickle cell anemia patients. Reason for importance in sustained value of red blood corpuscle is rise in red blood corpuscles lead to rise in hemoglobin level, which will eventually lead to viscosity based complications in sickle cell anemia. On analyzing the major and minor complaints of patients of Sickle cell anemia it was found that there was a significant alleviation in T-AYU-HMTM compared to patients who received standard folic acid treatment. A major benefit of T-AYU-HMTM was that most of the patients reported significant reduction in the severity and frequency of pain episodes. This in turn would bring about a significant improvement in the day-to-day functionality of the patients. Also, the occurrence of splenomegaly was found to reduce significantly.

Overall, the results suggest that T-AYU-HMTM is as effective as folic acid in improving the hemoglobin (gm %) and in fact significantly superior than folic acid in improving the clinical status of sickle hemoglobin and Fetal hemoglobin in patients of Sickle cell anemia. In addition to this, T-AYU-HMTM was also found to be significantly better in alleviating the complications of sickle cell anemia like episodes of Pain and splenomegaly.

Currently, there is a great need of any drug that can be safe, effective, and easily available in the management of sickle cell anemia. T-AYU-HMTM is an alternative system class of formulation so patients’ compliance can be better expected. Therefore, further research work and development of this medicine can become a great boon for the patients of sickle cell anemia.

ACKNOWLEDGEMENT: The authors would like to express a sincere thanks to Bombay College of pharmacy and Principal Dr. Saraf sir for the valuable contribution. Also sincere thanks to all the volunteers who are involved in the study and gave their consent.

CONFLICT OF INTEREST: The authors affirm no conflict of interest associated with this work.