ABSTRACT: Cardiotoxicity associated with the clinically used drugs is a global concern of safety for healthcare professionals. Various animal models have been used to study the drug-induced cardiotoxicity but the exact molecular involvement of toxicity is not much clear. Despite the recurrent occurrence of toxicities, drugs such as doxorubicin, calcium channel blockers, antiarrhythmics and immunomodulators are regularly used. Anticancer drugs mainly anthracyclines, 5- fluorouracil and cyclophosphamide exert prominent cardio-toxicity. Till date, there is only one drug approved for doxorubicin-related cardiotoxicity i.e. dexrazoxane. Few other drugs are used routinely  by clinicians to reduce the severity of toxicity which includes ACE inhibitors, L-carnitine, probucol, CoQ10, N-acetylcysteine, Vitamin E and deferoxamine, whereas antidepressants drugs, specifically tricyclic antidepressants are potential candidates for cardiotoxicity. Calcium channel blockers, antiarrhythmic and beta receptor antagonist aggravate cardiac heart failure (CHF) and left ventricular arrhythmia. Interferons, mainly interferon-α is also associated with prominent and dose-dependant toxicity. Some other drugs like zidovudine, chloroquine, cocaine, minoxidil, ketoconazole, prostaglandin E2 and anagrelide are also reported to have cardiotoxic effects. A complication associated with the use of these drugs include hypoxia, coronary ischemia, calcium overload, oxidative stress, contractile dysfunction, left ventricular arrhythmia and cardiomyopathy

INTRODUCTION: Cardiotoxicity is the common side effect of many drugs 1 among which anticancer drugs, specifically anthracycline class of drugs exert severe cardiotoxicity 2. Other drugs that cause cardiotoxicity are amphetamine, mitomycin, paclitaxel and zidovudine 3, 4. The common mechanism leading to cardiotoxicity is oxidative stress, generation of free radicals and hypoxia 5.

Long-term exposure to cardiotoxic drugs further causes apoptosis and deregulation of myo-contractility. Cardiotoxic effect of drugs can be understood in two ways. (1) Drugs causing cardiac injury by affecting the performance of cardiac muscles. (2) By altering the ion channels and pump (voltage-gated sodium and potassium ion channel and Na+ - K+ ATPase pump) 4. Exposure to the cardiac-toxic drugs induces prolong cardiac repolarization (QT interval) and causes arrhythmia (Torsades de pointes) 4. Since these drugs causes cardiotoxicity as side effect, they can be used as cardiotoxicity inducing agents in preclinical experimental models 6. In this review we are going to focus on the Cardiotoxicity of drugs only and not the experimental models. 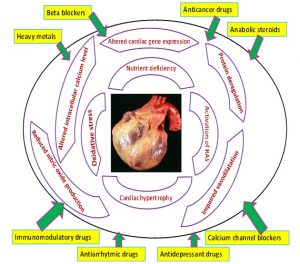 FIG. 1: EFFECT OF CARDIOTOXIC DRUGS ON HEART THROUGH DIFFERENT MECHANISMS

Anthracycline can also cause cardiomyopathy on the chronic use and sometime late-onset of severe arrhythmia and ventricular dysfunction has been seen 12. It has been observed that rate of survival with anthracycline is much lesser than those of ischemic or dilated cardiomyopathy 13. Doxorubicin induced cardio-toxicity is dose dependent and controlled monitoring of dose is the best possible way to prevent toxicity 13. Now-a-days echocardiography is used to monitor doxorubicin-induced cardiotoxicity and this is considered as gold standard test 14.

(a) Iron and free radical theory in which occurrence of high oxidative stress and depletion of endogenous antioxidant is observed. Myocardium mitochondria are the central point of oxidative stress 18.

(b) Metabolic hypotheses in which C-13 alcoholic metabolite of anthracycline acts on the myocardium and hamper the myocardial energy pathway and intracellular calcium concentrations 18.

(c) Unifying hypothesis in which C-13 alcoholic metabolite is further acted by oxidative stress which results in increased calcium concentration at the interior of myocardial fiber and damages the cell. This may further enhance the lipid peroxidation and loss of selective membrane permeability 18.

Unfortunately, none of the drugs till date is clinically established as a cardioprotective agent against anthracycline (doxorubicin - induced toxicity) 22.

Thus looking into features and shortcomings of these anticancer drugs, some newer drugs have been developed with the aim of targeted therapy 42. These drugs may offer an advantage in terms of selectivity for cancer cells and less systemic toxicity 42. Some of these drugs are trastuzumab, imatinib and bevacizumab 43 - 44. Some of the targeting newer drugs also showed cardiotoxicity e.g., tyrosine kinase inhibitor (sunitinib and imatinib) have been reported with CHF and hypertension 45.

(1) Phenylethylamine viz. verapamil. (2) dihydropyridines viz. nifedipine, and (3) benzothiazepines viz. diltiazem 26. There is a report of cardiotoxicity with the use of CCBs which include negative ionotropic effect, activation of rennin-angiotensin system and alteration in membrane calcium transport 61. There is always a high chance of marked hemodynamic alteration in patients of CHF taking CCBs 62. In a multicentre dilitiazem post-infarction trial (MDPIT), risk of CHF was found to be increased 63. It has been seen clinically that the chronic use of nifedipine in a patient of existing CHF exert deleterious effects 64.

13.1 Promotion of Intracoronary Thrombus Formation: Cocaine administration causes platelet aggregation and increases thromboxane - A2 production which together contributes to the development of cardiomyopathy and left ventricular dysfunction 93.

13.2 Sympathomimetic Effect of Cocaine: Cocaine use results in activation of the beta-adrenergic receptor and increases myocardial contraction which finally leads to increased blood pressure and increased wall stress 93.

13.4 Electrophysiological Effects: Use of cocaine causes prolongation of PR, QRS and QT duration that result into arterial fibrillation and tachycardia 93.

15.1 Trigger of Torsade de pointis and Cardiotoxicity: QT prolongation is a standard parameter to study cardiac abnormalities 103. Further, prolongation of QT may be responsible for the sudden death and is called Torsade de Pointes 104. This type of arrhythmia is defined as the polymorphic ventricular tachycardia 105. Torsades de pointis are very complicated and serious situation which often shift to ventricular fibrillation 106. Drugs associated with increased risk of Torsade de Pointes are shown in Table 3 107.

CONCLUSION: Now-a-days cardiac complication is increasing day by day. Polypharmacy approach, on the other hand is responsible for the occurrence of secondary disorders such as hypertension and arrhythmia. There are many drugs which are co-administered with existing therapy and further worsen the cardiac complications. Beta blockers, calcium channel blockers, antiarrhythmic drugs, anticancer drugs and immunomodulatory drugs are routinely used by the clinician, thus appropriate monitoring is a prerequisite for the use of these drugs. Particularly in patients with left ventricular dysfunction, utmost precaution should be taken for cardiac toxicity of prescribed medicine. Although, drug - induced cardiomyopathy doesn’t occur frequently, a regular monitoring is advised to prevent any such situation while using the discussed therapeutic agents.

ACKNOWLEDGEMENT: The authors would like to thank Department of Pharmacology, Jamia Hamdard for providing the facilities.