ABSTRACT: Neurodegenerative disease is the condition of brain cells that lose of its ability to generate the neurotransmitters and this leads to the accumulation of proteins in the brain. These condition causes memory loss and problems in the cognitive functions. Neurological diseases are characterized by four major types such as Alzheimer’s disease, Parkinson’s disease, Huntington disease, Amyotrophic lateral sclerosis. Parkinson’s disease is a second neurological disorder, characterized by a selective loss of dopaminergic neurons in the substantianigra, causing a subsequent reduction of dopamine levels in the striatum. Loss of dopaminergic neurons in striatum causes imbalance of neurotransmitters like acetylcholine and dopamine, resulting in the Parkinson’s disease. Tremor, rigidity, dyskinesia are the primary symptoms and memory loss, sleeps disorders, cognitive impairments are the secondary symptoms of Parkinson’s. Aim: To investigate the structural changes in silico docking was performedwith target protein LRRK2 with the following compounds theaflavin, baicalein, sesamol, tenuigenin, gastrodin, phloroglucinol and L-DOPA. Methods: The in silico docking was carried out using autodock version 4.2. Rasmol tool was used to visualize the protein structures. Results: The docking energy of L-DOPA with LRRK2 showed binding energy-4.97 Kcal/mol, theaflavin-7.19 Kcal/mol, baicalein-7.4 Kcal/mol, sesamol-4.99Kcal/mol, tenuigenin-7.9 Kcal/ mol, gastrodin-6.02 Kcal/mol and phloroglucinol as binding energy-4.99 Kcal/mol. Conclusion: These results indicate that the natural plant compounds have more affinity and interact with LRRK2 in a better manner compared to the L-DOPA the standard drug. Therefore natural plant compounds may be helpful in the treatment of Parkinson’s disease.

Among the World wide populations, 1 percent of the above 65 years older people are affected by the Parkinson's disease 2. It is slow progressive disease; it affects mainly movements of the body, muscle control, memory and concentration.

The putative function of LRRK2 remains unknown. The normal function of LRRK2 is the regulation of kinase and GTPase activities, binding partners, phosphosubstrates. Mutation inLRRK2 leads to enchancedkinase activity and GTP binding that result in cell death 6. The important pathophysiologys of PD are aggregation of alpha synuclein and the formation of lewy bodies 7. Parkinson’s diseaseis still unclear, because it results due to number of genetic and environmental factors.

L-Dopa (Fig.1) (L-3, 4-dihydroxyphenyl alanine) is a synthetic drug and precursor to the neurotransmitter dopamine, nor-epinephrine and epinephrine. L-DOPA increases the reduced level of neurogenesis, which is caused by the 6-OHDA lesion, in the hippocampal dentate gyrusand in the layer of olfactory bulb 8. The trade name of L-Dopa is sinemet, stalevo and prolopa. L-Dopa is converted into dopamine by the enzyme DOPA decarboxylase in CNS. Pyridoxal phosphate (Vit B6) is the cofactor for these reactions. Prolongedintake of L-DOPA causes side effects for the Parkinson’s disease patients. Over dosage of L-DOPA cause’s hypertension, extreme emotional states, gastro intestinal bleeding.

L-DOPA gradually increases the abnormal in-voluntary movements, which is known dyskinesias 9. Other than L-DOPA treatment, the geno typing is used found the impulse control in PD patients and its improvement predicted by the drug ropinirole, the dopamine agonists 10. Plants are rich in antioxidants and flavonoids may protect neural junction and stimulate the neuronal regeneration 11. 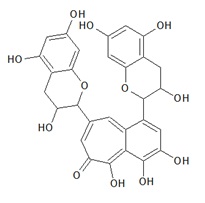 Theaflavin (Fig. 2) is formed from the black tea processing methods and it has antioxidant and anti microbial activity 12. Theaflavin gives colour and flavor to black tea. The chemical structure of theaflavin has four types they are theaflavin (TF1), Theaflavin-3-gallate (TF2A and TF2B), Theaflavin-3, 3'digallate (TF3) 13. Theaflavin protects DNA from oxidative damage. The catechins from the processed Green tea have the antioxidant property and it can scavenge the hydroxy radicals 14.

Gastrodin (Fig. 3) is a glucoside of gastrodigenin. It was isolated from the orchid Gastrodiaelata and from the rhizome of Galeolafaberi. It has neuro protective effect. Gastrodin shows neuronal death in the MPTP induced PD models 15. The molecular formula of gastrodin is C13H1807. Rhizoma Gastrodiae, extract of Tianma, chinese herb show the neuroprotective effects, and it may be due to the attenuated apoptosis pathway 16. Gastrodin improves the cognitive functions in PD patients and also it prevents the increasing level of serotonin transporter 17.

Sesamol (Fig. 4) is a water soluble lignin. It has antioxidant and anti cancer property 18. Its molecular formula is C7H6O3. Its molecular mass is 38.12g/mol. Sesame oil is used in Ayurvedic medicine. Sesamol is a derivative of phenol and it is soluble in water. It has antioxidant property and also antifungal property. Sesamol has anti photo activity. Administration of sesamol with folic acid shows neroprotective effect in the 6-OHDA parkinsonian animals 19. Sesamol prevents the cognitive impairments in Alzheimer's disease animal models and also prevents neuroinflammation 20.

Phloroglucinol (Fig. 6) are secondary metabolites that occur naturally in certain plant species. It is also produced by organisms that are not plants, such as algae or bacteria. Phlorotannin is one of the forms of phloroglucinol and it is abundantely present in Ecklonia cava (edible brown algae). Phloroglucinal treated cells shows attenuation of H2O2 induced cell damage through an activation of antioxidant system inside the cell 24. Phloroglucinol has anti-inflammatory activity. Phlorotannins have acetylcholinesterase inhibitory activity 25.

Baicalein (Fig: 7) is type of flavanoid, isolated, from the root of Scutellaria baicaleinsis and Scutellaria lateriflora. It is used in Chinese medicine and has antiallergic, anticarcinogenic and antioxidant activity 26. Baicalein interacts with alpha-synclein and form quinones during oxidation and it inhibits fibrillation. Baicalein prevents damage made by 6-OHDA or MPTP in both in-vivo and in-vitro models of Parkinson’s disease. Roteone induced mitochondrial damage, production of ROS, swelling of brain mitochondria is prevented by baicalein 27.

The new drug development and its designing are most challenging tasks. In advance science, production of new and effective drugs is more important. Docking studies helps to find out effective drug interactions before they are tested with human. The known structure of protein (LRRK2) and ligands are docked using Autodock 4.0. In this study, we have docked the plant compounds and L-DOPA with LRRK2.

Preparation of Target Protein: The sequence of LRRK2 protein was taken from PDB files. The receptor file used by AutoDock must be in “pdbqs” format which is pdb plus ‘q’ charge and ‘s’ solvation parameters, AtVol, the atomic fragmental volume, and AtSolPar, the atomic solvation parameter which are used to calculate the energy contributions of desolvation of the macromolecule by ligand binding.

Preparation of Ligand Structure: Before docking partial atomic charges are laid to each atom of the ligand. We also distinguish between aliphatic and aromatic carbons, names for aromatic carbons start with ‘A’ instead of ‘C’. Auto Dock ligands are written in files with special keywords recognized by Auto Dock. The root is a rigid set of atoms, while the branches are rotatable groups of atoms connected to the rigid root. The TORSDOF for a ligand is the total number of possible torsions in the ligand minus the number of torsions that only rotate hydrogens. TORSDOF is used in calculating the change in free energy caused by the loss of torsional degrees of freedom upon binding. After all the above conditions are set the ligand is saved in “pdbq” format.

AutoDock 4.0-Running: AutoDock Tool was used for creating PDBQT files from traditional PDB files. The preparation of the target protein (unbound target) with the Auto Dock Tools software involved adding all hydrogen atoms to the macromolecule, which is a step necessary for correct calculation of partial atomic charges. Gasteiger charges are calculated for each atom of the macromolecule in Auto Dock 4.2 instead of Kollman charges which were used in the previous versions of this program.

Auto Dock was run several times to get various docked conformations, and used to analyze the predicted docking energy. The binding sites for these molecules were selected based on the ligand-binding pocket of the templates 28. AutoDock Tools provide various methods to analyze the results of docking simulations such as, conformational similarity, visualizing the binding site and its energy and other parameters like intermolecular energy and inhibition constant. Discovery Studio Visualizer was used to visualize the structure. Molecular visualization is a key aspect of the analysis and communication of modeling studies. 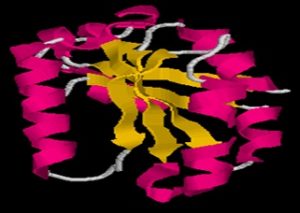 Binding Configuration and Statistical Docking Results of L-DOPA with LRRK2: 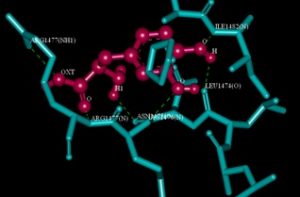 FIG. 9: INTERACTIONS BETWEEN L-DOPA AND ROC DOMAIN OF LRRK2

Binding Configuration and Binding Docking Results of Tenuigenin with LRRK2: 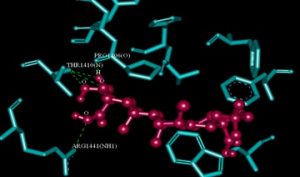 FIG. 10: INTERACTIONS BETWEEN TENUIGENIN AND ROC DOMAIN OF LRRK2

TABLE 2: INTERACTIONS BETWEEN TENUIGENIN AND ROC DOMAIN OF LRRK2

Binding Configuration and Docking Results of Baicalein with LRRK2: 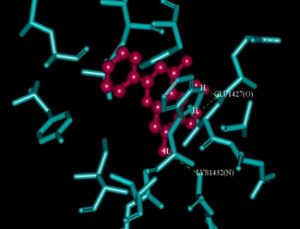 FIG. 11: INTERACTIONS BETWEEN BAICALEIN AND ROC DOMAIN OF LRRK2

TABLE 3: INTERACTIONS BETWEEN BAICALEIN AND ROC DOMAIN OF LRRK2

Binding Configuration and Docking Results of Theaflavin and LRRK2: 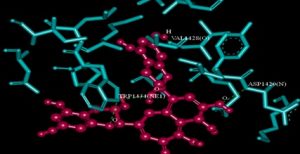 Binding Configuration and Docking Results of Gastrodin and LRRK2: 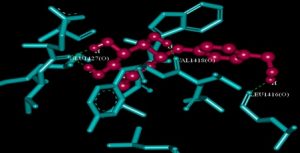 FIG. 13: INTERACTIONS BETWEEN GASTRODIN AND ROC DOMAIN OF LRRK2

TABLE 5: INTERACTIONS BETWEEN GASTRODIN AND ROC DOMAIN OF LRRK2

Binding Configuration and Docking Results of Sesamol and LRRK2: 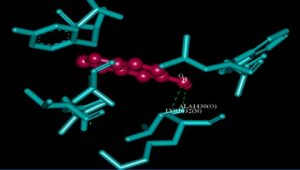 FIG. 14: INTERACTIONS BETWEEN SESAMOL AND ROC DOMAIN OF LRRK2

TABLE 6: INTERACTIONS BETWEEN SESAMOL AND ROC DOMAIN OF LRRK2

According to the docking results, the docking energy of L-DOPA with LRRK2 showed binding energy as -4.97Kcal/mol. L-DOPA was found to be the standard drug in reducing the symptoms of Parkinson’s disease.

Binding Configuration and Docking Results of Phlorogucinol and LRRK2: 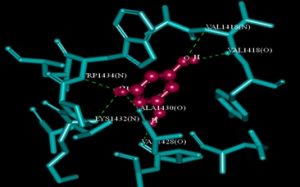 FIG. 15: INTERACTIONS BETWEEN PHLOROGLUCINOL AND ROC DOMAIN OF LRRK2

TABLE 7: INTERACTIONS BETWEEN PHLORO-GLUCINOL AND ROC DOMAIN OF LRRK2

Gastrodin with LRRK2 showed binding energy of -6.02 Kcal/mol. This suggests that gastrodin may increase GABA concentration by inhibiting GABA shunt.

The docking results ofplants compounds compared to L-DOPA, the standard drug shows that tenuigenin, theaflavin, baicalein, gastrodin have higher docking score than L-DOPA, sesamol and pholoroglucinal have equal score to L-DOPA. All plant compounds having hydrogen bond interaction with LRRK2 the target protein.

Comparing all the plant compounds, gastrodin (Fig. 13) and phloroglucinol (Fig. 15) having more hydrogen bond interactions with LRRK2 protein than other compounds. These results show clearly that like L-DOPA, the plants compounds also have effective binding capacity with ROC domain of LRRK2 protein. The plant compounds may have anti-Parkinson’s effect. However in-vivo studies may be carried out to confirm the same.

TABLE 8: NO. OF HYDROGEN BONDS AND DOCKING SCORES OF THE COMPOUNDS

CONCLUSION: Parkinson’s disease is a multi- factorial pathological disease. Currently available conventional treatments are not able to prevent the pathomechanisms. The standard drugs L-DOPA cannot be used for prolonged period and over dosage may be produced. Along with L-DOPA these plants compounds may given to the patients. It may reduce the side effects and thereby increase the anti-Parkinson’s effect.

ACKNOWLEDGEMENT: This study was technically supported by the Mrs. Shoba, Assistant Professor, Department of Biochemistry and Bioinformatics, MGR Janaki college of Arts and Science for Women, Chennai.