INTRODUCTION: The LDL is a heterogeneous spherical particle, with hydrophobic oily cores consisting of cholesteryl ester and TG.  On an average, LDL carries two thirds of TC in serum. Each LDL particle contains one molecule of Apolipoprotein B-100 (apo B- 100), which is the main protein component of LDL, and the other minor apolipoproteins are apo E and apo C II 1.

Epidemiological and clinical studies have demonstrated a strong positive correlation between low-density lipoprotein cholesterol (LDL-C) concentrations in serum and the incidence of coronary heart disease (CHD) 2, 3.  A reduction of LDL-C decreases the risk and ameliorates the symptoms of CHD by causing a regression in the lesions 4, 5.

Secondary hyperlipoproteinemia refers to elevated lipid levels in some other diseases like Diabetes mellitus, renal disease, liver disease etc., the symptoms of which resemble that of primary hyperlipoproteinemia. In recent years, several studies investigated the application of the Friedewald formula in patients with secondary hyperlipidemias. These conditions are characterized predominantly by increased triglycerides, which are well known to make the Friedewald calculation less accurate. 6 It is critical that secondary causes of hyperlipidemias are considered prior to initiation of lipid-Lowering therapy to avoid coronary heart disease (CHD). So, accurate measurement of cholesterol, triglyceride, and HDL, are required to calculate the LDL by Friedewald’s equation (indirectly). Direct method is also used to estimate LDL accurately 7.

The aim of present study is to estimate and to compare the levels of LDL-C by two methods namely, the Direct method versus Friedewald equation in secondary hyperlipidemia.

The study was conducted on 30 secondary hyperlipidemic patients of age group 25 – 75 years of both sexes and compared with age and sex matched 30 controls. All these patients were attending the medical OP of SRM Medical College and Research Centre.

Data are presented as mean ± standard deviation. Student unpaired t-test was used to assess the significance of difference between the groups. The results were analyzed by software spss 15. ‘P’ value less than 0.05 (p<0.05) was considered to be statistically significant.

RESULT: From the present study the following results are reported. Table 1 indicates that there is a statistically significant difference among the levels of lipid profile in controls and the different patients. It is also noted that the LDL-C values are significantly (p>0.05) different when compared with the direct and Friedewald formula.

TABLE 1: COMPARISON OF LIPID PROFILE IN CONTROLS AND PATIENTS.

The LDL-C estimated by direct homogenous method and by Friedewald calculation showed a mean of 20.00 to -46.25 (Table 4). At lower TG levels that is, from 1- 200 mg/dl Friedewald estimation was higher than direct method and the difference was highly significant (p <0.01). At TG levels >200 mg/dl, the direct method showed a higher value than Friedewald's estimation but the difference was not significant (p>0.67). 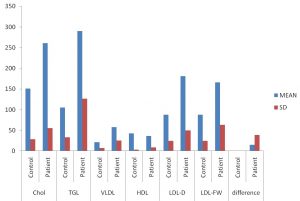 TABLE 2: MEAN AND STANDARD DEVIATION (IN mg/dl) OF DIRECT LDL-C AND FRIEDEWALD LDL-C AT DIFFERENT LEVELS OF TRIGLYCERIDE (TG).

TABLE 3: MEAN AND SDS (IN mg/dl) OF DIRECT LDL-C AND FRIEDEWALD LDL-C AT EACH CATEGORY OF TOTAL CHOLESTEROL (TC)

DISCUSSION: The diagnosis and management of adults with hypercholesterolemia are largely based on LDL-C concentration. The serum LDL-C concentrations used to classify adults for high risk of heart disease are: Desirable <130 mg/dl, Borderline high-risk 130 – 159 mg/dl, and High risk >160 mg/dl. The goal for secondary hyperlipidemia is to achieve LDL-C of 100 mg/dl. Therefore accurate and precise measurements of patients LDL-C concentrations are necessary to appropriately identify individuals with hypercholesterolemia and to monitor the response to diet and drug treatments.

The previous studies of the Friedewald calculation have determined that at TG concentrations < 200 mg/dl, the Friedewald formula can provide a reliable estimate of LDL-C concentration.  Legault et al 13 showed that the TG values 200 – 400 mg/dl correlates well with the LDL levels. However, it is shown as in Table 2 these values do not correlate. It was reported that in diabetes mellitus, there is an elevation of LDL due to insulin resistance and in renal disorder the abnormality may be due to increased hepatic production14.

In both the cases, statistically significant difference was observed as per the present study (Table 2). Hyperlipoproteinemia was seen in liver diseases and the LDL values showed a marked difference with both the methods.

CONCULSION: From the present study, it may be concluded that LDL-C (Direct) method is most reliable as it is not affected by different levels of TC and TG. Whereas in LDL-FW, the increased levels of TG above > 200 mg/dl and decreased level of TC below < 200 mg/dl seem to interfere with the estimation. Therefore LDL-C by direct method is most reliable and sensitive in secondary hyperlipidemia than Friedewald method.