The aim of the study is to observe the cytotoxic activitiy of methanolic crude extracts of root  of Justica adhatoda a plant belonging to the family Acanthaceae. The root of Justica adhatoda was extracted with organic solvent and the extracts were used for the observation of  cytotoxic activitiy.  Crude extracts (n-hexane, ethyl acetate and chloroform soluble fraction)  of Justica adhatoda, were screened for cytotoxic activity using brine shrimp lethality bioassay. A reputed cytotoxic agent vincristine sulphate was used as a positive control. From the results of the brine shrimp lethality bioassay it can be well predicted that n-hexane, ethyl acetate and chloroform soluble fraction  of methanolic crude extracts  possess cytotoxic principles (with LC50 1.129mg/ml, LC50 1.402 mg/ml  and LC50 2.130 mg/ml respectively) comparison with positive control vincristine sulphate (with LC50 0.563 mg/ml).

Collection of the plant: Plant sample of Justica adhatoda was collected from Gajipur in February 2010.

Plant Material preparation: The root of the plant was collected in fresh condition. It was sun-dried and then, dried in an oven at reduced temperature (not more than 500C) to make it suitable for grinding purpose. The coarse powder was then stored in air-tight container with marking for identification and kept in cool, dark and dry place for future use.

Solvent-solvent partitioning of Crude Extract: The crude extract is diluted with sufficient amount of aqueous alcohol (90%) and then gently shaken in a separating funnel with almost equal volume of a suitable organic solvent (such as n hexane) which is immiscible with aqueous alcohol.

The mixture is kept undisturbed for several minutes for separation of the organic layer from the aqueous phase. The materials of the crude extract will be partitioned between the two phases depending on their affinity for the respective solvents. The organic layer is separated and this process is carried out thrice for maximum extraction of the samples. After separating of the organic phase, the aqueous phase thus obtained is successively extracted with other organic solvents, usually of the increasing polarity (such as n-hexane, chloroform, ethyl acetate). Finally all the fractions (organic phases as well as the aqueous phase) were collected separately and evaporated to dryness.

Extraction of the plant material: Fresh root of Justica adhatoda was collected, dried and ground to a coarse powder. The powder sample (724 g) was subjected to cold extraction with methanol for about 15 days. The methanol extract was then subjected to modified Kupchan partitioning method with n-hexane, ethyl acetate and chloroform. Thus three extractives like n-hexane (0.04 g), chloroform (4 g) and ethyl acetate (0.04 g) were obtained. 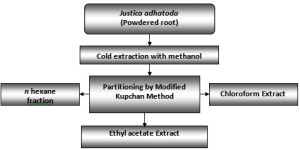 FIG 1: SCHEMATIC DIAGRAM OF THE CRUDE EXTRACT OF JUSTICA ADHATODA

RESULT AND DISCUSSION: The brine shrimp test (BST) represents a rapid, inexpensive and simple bioassay for testing plant extract lethality which in most cases correlates reasonably well with cytotoxic and anti-tumour properties 14. Following the procedure of Meyer 15, 16, the cytotoxic activity of crude extracts (ethyl acetate, n -hexane and chloroform soluble fractions) are shown in table 1 and effect of methanolic extract on brine shrimp nauplii are shown in table 2. It is observed that the LC50 values of n-hexane, ethyl acetate and chloroform soluble fraction found to be 1.129µg/ml 1.402 and 2.130µg/ml respectively. The positive control vincristine sulphate showed LC50 at a concentration of 0.563µg/ml.  From the results of the brine shrimp lethality bioassay it can be well predicted that the n-hexane, ethyl acetate and chloroform soluble fractions possess cytotoxic principles. Comparison with positive control vincristine sulphate signifies that mild antitumor and pesticidal activity.

CONCLUSION: The present study indicates that the crude extracts of Justica adhatoda has got intense cytotoxic effect and may have potential use in medicine. From the previous studies and our current investigation it may be concluded that further study can be carried out to investigate the individual bioactive principles.