ABSTRACT: A new, simple, sensitive, accurate and precise RP-HPLC method was developed for the estimation of quetiapine fumarate in human plasma. Full factorial design was used for the optimization of an extraction method. The main effect of volume of deproteinating agent, speed of centrifugation, time of centrifugation and temperature of centrifugation was found to be significant at P<0.0001 on all the responses. After deproteinization, the drug was analyzed on a C18 (150 × 4.6mm, 5 µm) column using UV detector. The mobile phase consisting acetonitrile and phosphate buffer (pH 3) in the ratio of 50:50 (v/v) at a flow rate of 1.0 ml/min. The standard calibration curve was constructed in the concentration range of 5 µg/ml to 30 µg/ml and linearity was found to be 0.999. Irbesartan was used as the internal standard. The retention time of quetiapine fumarate and the internal standard was found to be 5.42 and 2.89 min, respectively. No interference peak was perceived. The high performance liquid chromatography method was successfully demonstrated as rapid and sensitive method which can be used as an alternative for the analysis of quetiapine fumarate in plasma samples.

INTRODUCTION: Quetiapine fumarate (QTF) is an atypical antipsychotic agent indicated for the treatment of schizophrenia and for the treatment of acute manic episodes associated with bipolar disorder. It is a selective monoaminergic antagonist 1. However, this effect is mediated through anta-gonism of dopamine type 2 (D2) and serotonin type 2 (5HT2) receptors. QTF is a dibenzothiazepine derivative and is chemically 2, (2-[2-(4-Dibenzo [b,f] [1,4]thiazepin-11-yl-1-piperazinyl) ethoxy] ethanol) fumarate.

QTF belongs to the same family as clozapine and olanzapine, which are classified as a typical anti-psychotic and do not cause major extrapyramidal side effects. The generic name is Seroquel. It is white or almost white powder, moderately soluble in water and soluble in methanol and 0.1 N HCl. It is available in tablets form in dosage level of 25 mg, 50 mg, 100 mg, 200 mg, 300 mg and 400 mg. Maximum daily dosages is 800 mg in adults. This drug is rapidly absorbed after oral administration with peak plasma concentration attained within 1.50 hrs. Bioavailability of tablet formulation is 100% relative to an oral solution, which may be marginally affected by food. Plasma protein binding of QTF is 83 %. The drug is extensively metabolites, principally through CYP3A4. The drug is having half-life period of approximately 6 hours.

Quetiapine fumarate is not official in any pharmacopoeia 2. Literature survey reveals that LC-MS/MS 3, LC-Electrospray-Tandem Mass Spectro-scopy 4, HPLC 5 methods have been reported for determination of QTF in human plasma. However, these existing methods involved multiple steps of extraction and expensive. Hence, there is a need to develop and validate a simpler, easier, faster yet economical new bio-analytical method for the extraction and estimation of quetiapine in plasma samples using HPLC with a UV detector. It is also necessary that the extraction process be simpler as rapid as possible. Although, the extraction process has been well established, it is affected by the choice of de-proteinizing agent used, volume of the extracting solvent, simplicity of the extraction and the protein separating process 3 - 4.

Furthermore, in the estimation process, short analysis time, sensitivity, robustness, precision, accuracy, sharpness of the peak and other economic aspects should be considered. These factors can be achieved with appropriate extraction conditions, appropriate buffer selection, pH and UV detector wavelength and flow rate, stationary and mobile phase. A slightly volatile buffer with a suitable pH should be used with respect to the pKa value of drug for appropriate elution, while composition of the mobile phase and flow rate should be adjusted to reduce the retention time 6.

The aim of the present study was to develop and validate a sensitive, simple, easy, fast, reproducible, precise and economical bio-analytical HPLC method for the estimation of QTF in human plasma. To achieve the aim of the present study, design of experiment (DOE) approach has been embraced for the statistical optimization of de-proteinizing agent, volume of de-proteinizing agent, centrifugation speed and time as a part of the extraction process. Further, the extracted drug samples were analysed with the newly developed and validated HPLC bio-analytical method.

Chromatographic Conditions: The isocratic mobile phase consisting of a mixture of phosphate buffer (pH 3.0 adjusted with ortho-phosphoric acid) and acetonitrile in the ratio of 50:50 (v/v) was used on microsorb MV 100-5 C-18 column (250 mm × 4.6 mm, 5 µm) as a stationary phase. The flow rate of the mobile phase was 1.0 ml/min. Detector signal was monitored at a wavelength of 292 nm using UV detector while keeping the 10 min run time for chromatographic analysis. Prior to the injection of the drug solution, the column was equilibrated for at least 30 min.  The column temperature was kept ambient and injection volume was 20 µl.

Preparation of Stock Solutions, Calibration Standards and Quality Control Sample: Quetiapine fumarate standard stock solution was prepared by transferring 10 mg of QTF working standard into a 100 ml volumetric flask, app-roximately 25 ml of diluent was added and sonicated for 20 min. The volume was made up to 100 ml with diluent. This solution was filtered through a 0.45 µm pore size Nylon 66 membrane filter. The subsequent dilutions were prepared by diluting stock solution with the mobile phase. Irbesartan was used as an internal standard (IS) in the study.

Accurately weighed amount of irbesartan (10 mg) was taken in a 100-ml glass volumetric flask and the volume was made up to the mark with mobile phase to produce 100 µg/ml concentrations. Further, appropriate dilution was made to produce a working concentration of irbesartan. A 10 µl aliquot of each spiking solution was added to 490 µl of plasma to provide calibration concentrations of 5, 10, 15, 20, 25, 30 µg/ml. Similarly, quality control samples of 15, 20 and 25 µg/ml were prepared. QC and sample concentrations were calculated from the calibration curve using a linear regression analysis.

Technique for Extraction: A solvent deproteini-zation technique was used for extraction of quetiapine from human plasma. A 490 μl volume of plasma was transferred to a 2 ml micro centrifuge tubes, and then 10 μl of QTF working solution and 10μl of IRB was spiked. After vortexing for 30 s, then the pre-optimized deproteinizing agent was added. The sample-containing micro centrifuge tubes were centrifuged at pre-optimized speed for an optimized time and temperature. Then the supernatant liquid was transferred to prelabled HPLC vial for analysis.

Factors and levels used in central composite design for extraction of quetiapine from human plasma are shown in Table 1 and the composition of experimental runs are shown in Table 2. The significance of independent variables was estimated using analysis of the variance (ANOVA) and the Quadratic Equation, RS = β0+β1A+β2B +β3C+β4D+β12AB+β13AC+β14AD+β23BC+β24BD+β34C D+β11A2+β22B2+β33C2+β44D2, where, RS is the response, β represents as regression coefficients and A, B, C and D are, volume of deproteinizing agent, speed of centrifugation, time of centrifugation and temperature of centrifugation respectively.

Selectivity: Selectivity is related to the absence of interference on the retention time of drug peak by the proteins and/or other impurities. The rat blank plasma samples and plasma with drugs (for LLQC, LQC, MQC and HQC samples) were extracted with the same above given procedure for drug extraction and were analysed by HPLC with six replicate injections of each.

Linearity: Calibration plot was constructed with blank samples (plasma without drug) and eight different concentrations from 5 µg/ml - 30.0 µg/ml. Each concentration was repeated in triplicates. Drug concentration was plotted against drug/IS peak area ratio to find the linear regression and correlation coefficient.

Limit of Detection and Limit 0f Quantitation: Limit of detection and limit of quantitation for quetiapine was determined at a signal-to-noise ratio of 3:3 and 10:1, respectively, by using serial dilutions of known concentration.

Bench Top Stability Study: Bench top stability study of valsartan in human plasma was performed by keeping three replicates of each low and high plasma quality control concentrations for 24 h at room temperature. After 24 h, the samples were processed and the drug was extracted. The extracted samples were analysed by HPLC system and the concentration was calculated.

Freeze Thaw Stability Study: Freeze thaw stability of valsartan in rabbit plasma was assessed by analysing three replicates of each low and high quality control concentrations after three freeze and thaw cycles. For each cycle, the samples were kept at -70 °C for 12 h for frozen and thaw at room temperature for 2 to 3 h. After third cycle, the samples were extracted and were analysed using HPLC. The concentration was calculated using linear equation obtained from calibration plot.

Long-Term Stability Study: This is the study which gives the information about the one-month stability of drug in plasma at -70 °C. Long- term stability of valsartan was determined after storage of three replicates of each low and high quality control concentrations at -70 °C for 30 d. After 30 d, the samples were processed for extraction of drugs and were analysed using HPLC. Then the final concentration of drug in samples was calculated.

Optimisation of Extraction of Drug from Plasma: The extraction process was optimized using the Design Expert® v.10.0.6.0 (Stat-Ease, Inc., Mumbai) by employing the central composite design. The main and complexed effects of independent factors on responses were analysed. The effect of independent variables on responses was assessed with the help of quadratic equation and perturbation plots constructed with the software as shown in Fig. 1.

Responses obtained, such as a % extraction of Drug (RS1), the number of theoretical plates (RS2) and drug tailing factor (RS3) were entered in the Design Expert software and were analyzed using ANOVA were A, B, C and D are volume of deproteinizing agent, speed of centrifugation , time of centrifugation and temperature of centrifugation respectively. The equations for the response factors are given below:

Correlation coefficient value obtained from linearity indicated a strong correlation of 0.9962. The linear regression obtained from a calibration plot was found as y=0.8254x+0.0812. Where, y is representative of drug/IS peak area ratio and x is representative of drug concentration. Accuracy results suggested that the method was accurate with % RSD from 2.65 % to 4.78 %. Percent accuracy was also found within the range such as from 96.08 to 100.14 % as shown in Table 4. Precision results specified that this method has been precise %RSD from 2.46 % to 3.5 %. Mean recovery of valsartan from spiked human plasma (extracted) samples was compared with un-extracted samples of same concentration and found to be within 77.53 to 79.31% with percent RSD values between 0.47-0.69%. Recovery results are reported in Table 5. 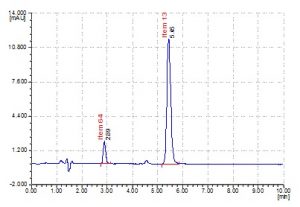 FIG. 2: CHROMATOGRAM OF QUITIEPINE AND IRBESARTAN (IS)

Limits of detection and limit of quantitation were found to be 5.2 and 16 mg/ml, respectively. Stability studies result investigated at two levels such as LQC and HQC is reported in the Table 6. The stability studies revealed that the quitiepine was stable.

CONCLUSION: A HPLC method was developed and optimized successfully by implementing Design expert version 10.0.6.0 software. High significant effect of independent variables has been noticed in the form of perturbation plots. This study concludes that the DoE is a highly efficient tool for the optimization of independent variables for a bio-analytical method development. The method has been validated as per USFDA guidelines and the results obtained indicated that the present method was a novel, simple, accurate, precise, economical and robust.

ACKNOWLEDGEMENT: I am thankful to the Management and Principal Marathwada Mitra Mandal’s College of Pharmacy for their consistent support and encouragement.