ABSTRACT: Biofilm formation is prevailing in almost all bacteria. They are responsible to cause infections like Peritonitis, Cystic fibrosis, Endocarditis, Otitis media, UTIs. The infections caused by the biofilms forming bacteria that colonize the indwelling medical devices are a major source of patient morbidity and implant failure.  The study on biofilm formation on indwelling medical devices is important from a public health perspective. In the present study we have isolated various organisms on indwelling medical devices, and tested them for biofilm formation and also antibiotic susceptibility. In the present study a total of 100 isolates are identified by standard microbiological procedures, evaluated for biofilm production from various indwelling medical devices by two different methods, Tube method and by using Congo red agar. The Results 48% of isolates showed biofilms production, Klebsiella being the predominant isolate 20 (42%). Gram negative isolates were sensitive to Amikacin and Nitrofurantoin 22 (46%).  Gram positive isolates were sensitive to Vancomycin and tetracycline 11 (23%). Congo red agar method was considered to be superior to test tube method 32 (66%), Z=3.12, P=0.002 which is considered to be significant statistically. The Biofilm producing bacteria are more in invasive medical devices and are resistant to many commonly used antibiotics. So it is an alarm for those who are associated with invasive procedures and indwelling medical devices.

INTRODUCTION: The ability to form biofilms is a unique and universal feature of bacteria.  Biofilm is an exo-polysaccharide, a slime matrix around multiple layers of bacterial cells which exhibit an altered growth rate and gene transcription when compared to the planktonic cells 1. The formation of biofilms is a two-step process in which the bacteria adhere to a surface mediated by a capsular antigen namely capsular polysaccharide / adhesion (PS / A) followed by multiplication to form a multi layered biofilms, which is associated with the production of polysaccharide intercellular adhesion2.

Microbial biofilms are highly organized heterogenous communities which are adherent upon any artificial substratum that can be either biotic or abiotic in nature.  They are constituted of cells, the materials produced by the cells like extra cellular proteins, nucleic acids, and sometimes antibiotic inactivating enzymes 3. The infections caused by the biofilms forming bacteria that colonize the indwelling medical devices are a major source of patient morbidity and implant failure 4. Research has suggested that up to 60% of nosocomial infections involve biofilms contaminating implants and catheters3.

Many blood stream infections and urinary tract infections are also associated with the indwelling medical devices 5. According to a publication by the National institute of health, more than 80% of all infections involve biofilms 6. Biofilms are associated with many medical conditions including indwelling medical devices, dental plaques, upper respiratory tract infections, peritonitis and urogenital infections 7. They also have the ability to disseminate the cells to new locations and can cause a secondary disease or cause a new disease in the new location 3.

Biofilms are produced by both Gram positive and Gram negative Bacteria such as Staphylococcus aureus, Staphylococcus epidermidis, Streptococcus viridans, E.coli, Klebsiella pneumonia, Proteus mirabilis and Pseudomonas aeruginosa. The source of the organisms may be from the skin of patients or health care workers, tap water to which entry ports are exposed or other sources in the environment. Biofilms may be composed of single species or multiple species depending on the device and its duration of use in the patient.  Urinary catheter biofilms may initially be composed of single species but longer exposure inevitably lead to multi species biofilms 8, 9. Within a biofilms bacteria communicate with each other by producing chemotactic particles or pheromones, a phenomenon called Quorum sensing 10.

There are various methods to detect biofilms production. These include TCP, 11 Tube method, 12 congored agar method (CRA), 13 bioluminescent assays,14 peizo electric sensors, 15 and fluorescent microscopic examinations 16  . The present study was carried out to determine the slime and biofilm producing ability of the bacteria that develop on or within the indwelling medical devices like intra venous cannulas, endotracheal tubes, intra uterine devices and urinary catheters by two methods, to compare and to determine their antibiotic susceptibility pattern.

The study was conducted from October 2012 to September 2013 after obtaining the institutional ethical committee clearance and samples were collected after informed consent.

A total of 100 isolates were evaluated for biofilm production from various indwelling medical devices like Urinary catheters, endotracheal tubes, and Intravenous catheters etc. which were inserted in hospitalized patients. The samples were grown on standard microbiological media for isolation of organisms and are processed as per standard procedures. Each catheter was directly cultured by roll plate method then placed in Tryptic soy broth, incubated for 2hrs at 370C. Broth was then surface plated by using inoculation loop on Nutrient agar, MacConkey agar and Blood agar. The isolated organisms were evaluated for biofilm production by two different phenotypic methods, The Test tube method and Congored agar method (TM, CRA). Reference strains of positive biofilm producer Staphylococcus aureus ATCC 35556, Pseudomonas aeruginosa ATCC 27853 and for non-slime producer Staphylococcus epidermidis ATCC12228 were used as controls.

10 ml of Trypticase soy broth (TSB) with 1% glucose was inoculated with a loop full of test organism and incubated for 24 -48 hrs. The culture supernatants were decanted and the tubes were washed with phosphate buffer saline. The tubes were dried and stained with crystal violet. The excess stain was washed away with de-ionized water and the tubes were dried in inverted position. Biofilm formation was considered positive when a visible film lined the wall and the bottom of the test tube. The amount of the biofilm formed was scored as weak/none, moderate and high/strong. The experiment was performed in triplicate and repeated three times. The tubes were compared with control strains.

The Congo red stain is prepared as a concentrated aqueous solution and is autoclaved at 121oC for 15 min and is added to the autoclaved Brain heart infusion agar with sucrose at 55oC. The plates were inoculated with the test organism along with the positive and negative controls and are incubated at 37oC for 24-48 hrs aerobically. Black colonies with a dry crystalline consistency indicate biofilm production. The method was done in triplicate and repeated for three times. Pseudomonas aeruginosa ATCC 27853 and Staphylococcus aureus ATCC 29213 were used as control strains. Antibiotic susceptibility test was performed by using the Kirby Bauer disc diffusion technique according to CLSI guide lines. The antibiotics used for Gram positive organisms were Tetracycline, Amoxy/clav, Cefpodoxime, Penicillin G, Oxacillin, Vancomycin and Azithromycin.  For Gram negative organisms Amikacin, Meropenem, Ciprofloxacin, Ceftriaxone, Aztreonam, Nitrofurantoin and Ceftazidime were used. 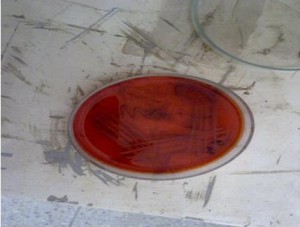 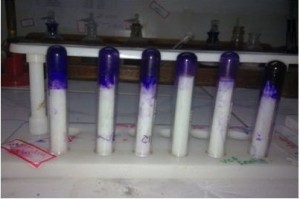 TABLE 2: DISTRIBUTION OF BIOFILM PRODUCERS IN EACH OF THE DEVICE (n=48):

DISCUSSION: Indwelling medical devices are frequently used in all health setups, with multiple medical devices for treatment and intervention in patient care. The organisms originated may be from the skin of the patients or health care workers or from environment. Acinetobacter, Pseudomonas, Klebsiella, Staphylococcus, Enterobacter and E.coli are the most common causes of nosocomial infections and they may be common cause of colonization in indwelling medical devices even responsible for biofilm production 18, 19. These Microorganisms survive in the hospital environment even under adverse conditions and resistant to antimicrobial agents and capable of colonizing medical devices. In our study among the 100 isolates 48 (48%) showed biofilm production.

Among the various invasive medical devices Foley’s catheter tips showed 32 (66%) of organisms and the predominant organism being Klebsiella 20 (42%), followed by IV cannulas (18.7 %), Endotracheal tubes 5 (10.4%), Ryles tubes 2 (4%), organisms. Biofilm production is more in urinary catheters as they are made up of latex or silicon and they may readily acquire biofilm on the inner and outer surfaces. The longer the urinary catheter remains in place, the greater the tendency of organisms to develop biofilms and result in urinary tract infections. For example, 10%-50% of patients undergoing short- term urinary catheterization (7 days) but virtually all patients undergoing long term catheterization (> 28 days) become infected 9.

The organisms isolated on IV cannulas were CoNS and Staphylococcus aureus in our study. This may be due to the organisms from the patient’s skin flora or from the exogenous sources from health care workers. Colonization may occur rapidly within 24 hrs 20 Raad et al. found that Biofilm formation on central venous catheters was universal, but the extent and location of biofilm formation depended on the duration of catheterization17. Congo red agar method has detected 32 (66%) biofilm producers and Tube method 16 (32%), with p value 0.002 which is significant. In one study by Subramanian et al. showed that 90% of isolates showed biofilm production by Congo red agar method and 83 % of isolates showed biofilm production by tube method 21. A study by Jain and Agarwal (2009) also supported the use of Congo red agar for the detection of biofilm production22.

In one study by Afreenish et al. 71% isolates showed biofilm production by Congored agar method 23. It is known that Congo red can directly interact with certain polysaccharides and form colored complexes. In resource poor countries a low cost method like CRA is required to detect biofilm production. Freeman et al. 1989 observed that Congo red stain is used for showing the presence of exopolysaccharide of aquatic gram negative bacilli by light microscopic examination13.

We have investigated the antibiotic susceptibility pattern of biofilm producers isolated in our study. Among Gram negative isolates Klebsiella was predominant bacterium and showed 90% sensitivity to Amikacin and 80% sensitivity to Nitrofurantoin and 100% resistance to Aztreonam and Ceftazidime. Other organisms E.coli, pseudomonas and Proteus showed variable susceptibility pattern.

Among Gram positive isolates Staphylococcus aureus was predominant 12 (25 %), showed 75% susceptibility to tetracycline, followed by 62.5% to Vancomycin and   62% to Amoxy/clav. The biofilm producers showed decreased susceptibility to routinely used antibiotics. This could be due to elevated levels of the efflux pump for the development of resistance in biofilm bacteria .Another reason for antibiotic resistance in biofilm producers is due to the production of extracellular matrix which prevents the access of antibiotics to the bacterial cell embedded in the biofilm 24. The variable susceptibility pattern of biofilm producers can be due to the environmental heterogenecity which promotes the formation of heterogenous population of cells such that different levels of resistance can be expressed.

As microbial biofilms cause public health problems in persons on indwelling medical devices and it is difficult to treat with antimicrobial agents, preventive measures can be taken to prevent the biofilm formation. These include device coating with antibiotics which is of two types –active and passive. In the active coating, the release of antimicrobial agents in high fluxes occurs to inhibit the initial adhesion of the bacteria, 25, 26, 27, 28.

Immersing the device in antimicrobial solution.  Use of antibiotic loaded bone cement (usually in joint orthoplasties) provides the local delivery of antibiotics 29 and antibiotic lock therapy by filling the lumen of the catheter with concentrated antibiotic solution and locked into place for an extended period when not in use. This is done to prevent the colonization of bacteria 26.

CONCLUSIONS: Invasive medical devices have a risk of developing biofilms due to various microorganisms. In our study biofilm formation was seen mainly on Foley’s catheter and IV cannulas. However various factors determine the microbial contamination and biofilm formation such as duration of use, number and type of organisms to which the device is exposed, flow rate and composition of the medium, materials used for preparation of devices. Biofilm producers showed variable susceptibility pattern to routinely used antibiotics. Congo red agar method was better than the tube method. Further research is required to understand the control of biofilms on medical devices and more reliable techniques for collecting and measuring biofilms should be developed. Preventive measures should be taken to prevent the biofilm formation.

ACKNOWLEDGMENT: We gratefully acknowledge Mamatha General hospital for allowing us to collect the samples from different departments.

CONFLICTS OF INTERESTS: All authors have none to declare.