ABSTRACT: Sildenafil, the active ingredient in Viagra (Pfizer), is a prescription medicine used for erectile dysfunction. Sildenafil were isolated and purified during the analysis of some herbal products marketed for treatment of erectile dysfunction. There is no standardization technique for herbal formulations hence the addition of adulterants in herbal is very difficult to get hold of. Most of the adulterants added are to enhance the efficiency of the preparation. Not only sildenafil but various other drugs such as Tedanafil, Verdinafil and their analogues were used in the formulations. We have extracted sildenafil by using double extraction in which methanol: water (50:50) was used as an extractant along with process of sonication which was then further detected using UV visible spectroscopy. Seven samples were screened for the presence of sildenafil citrate and out of which two were found to be contaminated with sildenafil citrate. The proposed method is simple, cost effective, environmental friendly and effective to be used in most of the laboratories.

INTRODUCTION: Sildenafil citrate, sold as Viagra, an inhibitor of phosphodiesterase type 5 (PDE5) is a drug used to treat erectile dysfunction and pulmonary arterial hypertension  (PAH). Sildenafil citrate (Viagra®), is used for the treatment of erectile dysfunction (ED), is rapidly becoming one of the most popular and widely used drugs throughout the United States and Europe. The extensive use of sildenafil is exemplified by the fact that 6 million prescriptions for this agent were written during the first 6 months following its introduction 1. Contrary to popular belief, sildenafil is not an aphrodisiac, does not work in the absence of sexual arousal, and does not make a potent man more virile 2.

Prolonged or excessive consumption of these products containing undeclared amounts of sildenafil may lead to serious adverse health consequences.

Therefore the screening of herbal products for sildenafil and other PDE-5 inhibitors such as vardenafil and tadalafil is crucial. In order to avoid detection, some manufacturers have begun to adulterate their herbal and food products with compounds that are structurally modified from sildenafil (sildenafil analogues).

A food manufacturer was found to have added raw material containing one such analogue, known as homosildenafil, to a certain miscellaneous beverage. In the following year, two other analogues, hydroxyhomosildenafil and acetildenafil, were separately isolated from oral capsules advertised as herbal alternatives for Viagra, the trade name for sildenafil. The presence of these modified drugs as illicit adulterants in herbal products poses a serious health risk to consumers as their efficacy and toxicological data are not well documented. Moreover, it is not always valid to assume that the adverse effects of these compounds are similar to those of the original drug. One notable example is the adulteration of various etiologies. Various techniques are employed to enhance the aqueous solubility of poorly water-soluble drugs 3.

Hydrotropic solubilization is one of them. Sildenafil citrate is designated chemically as 1-[[3-(6, 7- dihydro-1-methyl-7-oxo-3-propyl-1H-pyrazole 4, 3,-d- pyromidine- 5-yl-4-ethoxyphenyl sulfonyl-4- methylpiperazine citrate. Literature survey reveals that the drug can be estimated by spectrophotometric methods 3-7, extractive spectrophotometric methods8, 9 HPLC10-14 and LC/MS/MS15.

As there are hardly any methods for detection of sildenafil citrate from herbal drugs an attempt was made to raise the awareness of the increasing occurrence of adulterants in the form of modified drugs in herbal products and their analysis by simple UV spectrophotometric method which can be used by most of the laboratories.

Method of extraction of sildenafil citrate from herbal formulation:

The suspension was then centrifuged at 3000 rpm for 15 min and the supernatant was collected. The sediment left was collected and redispersed in 25 ml of fresh extraction media and same extraction procedure was followed. Supernatants collected in both the procedures were combined and finally 50 ml volume was made up.

In the experiment, sonication time was varied between 5-25 minutes and the effect of sonication time on the amount of drug extracted was determined. To optimize sonication time, extraction of sildenafil was carried out from Viagra tablet containing 100 mg drug.

Optimization of number of extraction:

Sildenafil citrate is soluble in methanol: water solution. The spectra of drugs when overlapped show feasibility of using this solvent for spectrophotometric analysis for estimation of these drugs. Therefore methanol: water solution was selected as solvent. Sildenafil citrate gives maximum UV absorbance at 292 nm. Thus absorbance at 292 nm wavelength can be used to confirm the presence of drug. To detect the presence of drug in various herbal aphrodisiac formulations, extracts of the same were scanned between 200-400 nm and absorbance near to 292 nm was taken into consideration.

λmax is the wavelength in nm at which maximum absorbance of UV light occurs.  λmax is characteristic for every drug under specific condition. λmax is an universal constant and cannot be affected by concentration and thus can be used for qualitative analysis. In the experiment, extract of standard drug and different herbal preparation in methanol: water mixture were scanned between 200-400 nm using UV visible spectrophotometer. Sildenafil citrate gives maximum absorbance at 292 nm and out of seven samples scanned, two were found to be adulterated with sildenafil citrate as they gave absorbance at 292  2 nm.

The choice of a particular method for extraction of drug from herbal or pharmaceutical formulations is most commonly determined by the solubility characteristics of the drug as well as the type of formulation. Sildenafil citrate is being freely soluble in water as well as in methanol, thus allowing us to use polar solvent to extract the drug. For the extraction purpose, a mixture of methanol: water (50:50) is used as extracting media. We have used both solid and liquid preparations and method of extraction varies accordingly. In the method to enhance the solubility of drug and to increase the amount of drug extracted, we have introduced two modifications: sonication time and number of extraction. By using these modifications the efficiency of the method was determined by extracting sildenafil citrate from standard Viagra tablet containing 100 mg drug and the recovery of the drug was calculated. To maximize the efficiency of the method, both the variables were optimized. Only one parameter was changed in each series of experiment. The effect of sonication time on the amount of drug extracted is given in Table 1. From Table 1 we can clearly see that sonication time and amount of drug extracted are in direct proportion only up to certain limit.

The double extraction together with 20 min. sonication gave 95 % recovery of drug as shown in Table 2. The amount of sildenafil citrate in extract was directly calculated by putting the absorbance value in the regression line of standard drug. All the extracts were scanned after sufficient dilutions and thus the final concentration in extract was calculated after multiplying the sufficient value of diluted with dilution factor.

TABLE 1: THE EFFECT OF SONICATION TIME ON THE AMOUNT OF DRUG EXTRACTED

TABLE 2: THE EFFECT OF NUMBER OF EXTRACTIONS ON THE AMOUNT OF DRUG 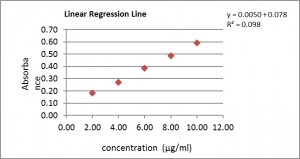 TABLE 3: ABSORBANCE VALUE, QUANTITY OF DRUG AND % DRUG OF DRUG IN ORIGINAL FORMULATION OF STANDARD DRUG AND THE HERBAL PREPARATION

TABLE 4: COMPILATION OF UV DATA ON ANALYSIS OF HERBAL DRUG

TABLE 5: ABSORBANCE OF SILDENAFIL AT 292nm

CONCLUSION: In this study, sildenafil was identified in some of the herbal formulations which could be health hazard due its extreme side effects. Two products out of seven containing sildenafil were detected in “all-natural” herbal supplements. These two compounds were obtained as crystalline solids and found out to be adulterated with sildenafil using UV visible spectroscopy. The structures of the compounds were not identified separately but were found to be some analogues of sildenafil.  These compounds are prepared by modifying some of the functional groups of sildenafil.

The concentration of sildenafil in one preparation was found to be 65 mg and in other preparation was found out to be 40 mg. The product label on the dietary supplements indicates that the product enhances sexual performance, lists a blend of natural herbal substances as active ingredients and gives no indication of a synthetic erectile dysfunction drug or related synthetic compound. Consumers who purchase this product often are under the notion that natural products are safer than synthetic one. They are unaware that they are consuming synthetic compound that has not been evaluated for safety and efficacy. The drug sildenafil is allopathic in nature and hence it cannot be added in the herbal formulations. Thus the above study indicated that UV spectrophotometry is a good technique to detect the adulterants in herbal drug.

ACKNOWLEDGEMENT: We would like to thank our students Mr. Khilav Pravin for being supportive and providing all the assistance required to complete the analysis.