ABSTRACT: The main aim of the present research work is to develop a sensitive, precise and accurate HPLC (High-Performance Liquid Chromatography) procedure for the selective estimation of sonidegib in both human plasma and mobile phase. An isocratic separation of sonidegib through a 5µ Zorbax C-18 analytical column with the dimensions of 25 cm × 4.6 mm utilizing mobile phase composition of methanol, water and acetonitrile at a ratio of 10:10:80 v/v. The detection of the analyte was processed at the maximum wavelength of 254 nm and with 1 ml/min flow of the mobile phase. The drug was eluted from the column at the retention time of 3.6 min in plasma samples and 4.81 min in movable phase. Five variable concentration levels of 5, 10, 15, 20, and 25 μg/ml were used for the estimation of recovery and linearity. The recovery findings were 5.03, 9.93, 14.96, 20.14, and 24.91 μg/ml, respectively, for Sonidegib in the mobile phase. Similarly, 6 concentration levels of 20, 40, 200, 400, 800, and 1200 μg/ml were utilized for recovery study, and the findings were 20.15, 40.21, 199.62, 398.16, 798.81 and 1197.28 μg/ml respectively for Sonidegib in plasma. The % RSD findings were found to be <2%, and the correlation coefficient was more than 0.999. The developed method can be useful in bioavailability and bioequivalence studies.

INTRODUCTION: Sonidegib chemically design-ated as N-[6-[(2S,6R) -2,6-Dimethylmorpholin -4-yl]pyridin-3-yl]- 2- methyl-3-[4-(trifluoromethoxy) phenyl] benzamide with molecular formula of C26H26F3N3O3 and molecular weight of 485.498 g/mol. It is utilized to treat basal cell carcinoma, which has relapsed radiation therapy or after surgery in adult patients.

The drug prevents a transmembrane protein called SMO, which plays an important role in the hedgehog (Hh)-signal transduction. This results in the prevention of Hh-signalling and anti-tumor activity in several animal models 4, 5.

The literature of the drug revealed that no HPLC methods were reported for the quantification of Sonidegib 6, 7. The main aim of the present study was to develop and validate an RP-HPLC method having a simple and rapid sample preparation protocol for the quantification of sonidegib in both plasma and mobile phases. The developed method can be applicable for bioavailability and bioequivalence studies.

Chemicals: Sonidegib standard was procured from sun pharmaceuticals, Mumbai, India. HPLC-grade acetonitrile and methanol were obtained from Merck, Mumbai, India. In the present work distilled water (HPLC-grade) was acquired from Lichrosolv (Mumbai, India). Pooled drug-free frozen human plasma (K2-EDTA as an anticoagulant) was obtained from St. Theresa Blood Bank, Hyderabad, which was used during validation and study sample analysis. The plasma was stored at -70 ± 5 °C.

Sonidegib 1000 μg/ml stock solution in the movable phase was processed and subjected for sonication to dissolve and proper mixing for 15 min. Dilutions of 100, 50, 15, and 1 μg/ml were processed by utilizing freshly prepared movable phases. The resulting solutions were subjected to sonication for degasification separately.

In a similar manner sonidegib 1000 μg/ml stock solution was processed in human plasma. To prepare this solution, 10.0 mg of sonidegib drug was mixed with 1.0 ml of human plasma and 2.0 ml methanol (as de-proteinizer). The resulted mixture was vortexed first for 15.0 min and subjected for centrifugation at 5000 rpm for 5.0 min. The clear supernatant liquid was transferred into a vial for further drying for 45 min. The resulting residue was combined with 20 µL movable phase. The resulting plasma solution was filtered through 0.22 µ nylon filter before infusing into the chromatographic system. Serial dilutions were processed from the stock solution to get the 10 μg/ml solution.

Liquid Chromatography: Liquid chromato-graphic system consisting of Shimadzu-HPLC model containing SPD-20A UV/visible detector, LC-20AD pump and injector (Rheodyne) with 20μl fixed loop utilized for the elution. Separation was processed on column Zorbax C-18, 5 micrometer, column dimensions: 25cm × 4.6mm at ambient temperature. The acquisition chromatograms were done with LC-solutions software. The movable phase comprising of acetonitrile, methanol and water at a proportion of 80:10:10 v/v respectively. Sonidegib was detected at 254 nm with the flow rate of 1 ml/min in both mobile phase and plasma. The processed samples were infused using a 20 μl ﬁxed loop. All the estimations were processed at an ambient temperature with 8 min run time. The optimized conditions of liquid chromatographic technique was represented in Table 1.

Specificity and Linearity Curve: Differentiation of analyte from the other substances like impurities and excipients form the sample was processed by performing the specificity. It was determined by infusing 6 duplicate injections of movable phase and dosage form to identify the intrusion between the placebo and sonidegib chromatograms.

The method linearity was processed to find out the correlation between the concentration of the drug component and its detector response. Linearity solutions at different concentration levels were processed in movable phase from the stock solution to get 5.0, 10.0, 15.0, 20.0, and 25.0 μg/ml standard concentrations, and the calibration plot was developed 8, 15.

While for sonidegib in human plasma, the linearity dilutions of 20, 40, 200, 400, 800, and 1200 μg/ml solutions were processed to evaluate the linearity. The correlation coefficient, slope, and intercept 19 were calculated to form the statistics Sonidegib in both movable and plasma samples.

System Suitability: This parameter was assessed by injecting the 5 replicates of the same standard concentration in movable phase and similarly 5 replicates of unique standard plasma concentration solution into the liquid chromatographic system. On each day of method validation, 5 successive injections were processed to assess the system suitability.

Solution Stability: Solution stability of the method is necessary for the quantification of drug components. In this parameter shelf-life of the processed solutions was evaluated by storing the stock solution at room temperature for 16.0 h and at -15 to -20 °C for 7 days in a freezer. Five injections of similar concentrations were utilized to estimate the differentiation among experiments.

RESULTS AND DISCUSSION: The validation parameters like specificity, system suitability, precision, linearity, accuracy, LOD, LOQ, and solution stability were successfully estimated and found to be within the acceptable limits. Five variable concentrations of 5, 10, 15, 20, and 25 μg/ml were processed for the estimation of linearity Fig. 2, and their respective recoveries were found to be 5.03, 9.93, 14.96, 20.14, and 24.91 μg/ml for Sonidegib in the movable phase. 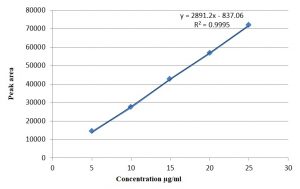 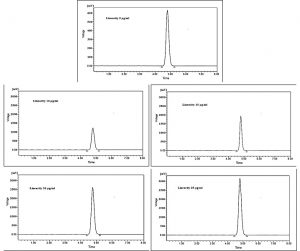 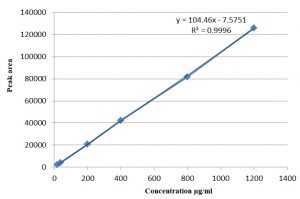 FIG. 4: LINEARITY CURVE OF DIFFERENT CONCENTRATIONS OF SONIDEGIB IN PLASMA 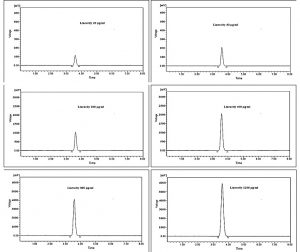 TABLE 4: PRECISION OF THE PROPOSED METHOD FOR SONIDEGIB IN MOBILE PHASE

TABLE 5: PRECISION OF THE PROPOSED METHOD FOR SONIDEGIB IN PLASMA

System suitability of analyte was processed, and the parameters like retention time, coefficient of correlation, and peak area were represented in Table 6. All the validation data were processed as per the ICH guidelines and were within the acceptable limit throughout the study. Mean concentration and percentage recovery of Sonidegib at room temperature and in the freezer were found within the limit and were shown in Table 7.

TABLE 7: AVERAGE CONCENTRATION AND % RECOVERY OF SONIDEGIB AT AMBIENT AND FREEZE TEMPERATURE

ACKNOWLEDGEMENT: Authors are thankful to Dean and Head and co research scholars, Faculty of Pharmacy Annamalai University, Annamalai Nagar, Tamil Nadu, India, for their constant encouragement and support for the completion of this work.